9 Irrational Fears We Can Blame on Books

Logic aside, these book based fears still haunt us today.

There’s something to be said for a book’s unique ability to scare. Unlike movies, which instill fear with creepy visuals and eerie sounds, you can’t see or hear what you read; all you have to guide your gaze are the words. But somehow, books manage to sidestep fears two greatest allies–sight and sound–and delve right into our hearts and minds. And once a book has tapped into a fear, there’s no forgetting. Even books you read as a kid can still haunt you, and stranger yet, things that at first glance seem benign, can stain your memory and linger for years to come.

There’s plenty of scary books out there for all you adrenalin junkies and fear-loving readers, but there’s also plenty of non-horror books that manage to creep into our nightmares. Whether sci-fi, mystery, or nonfiction, there’s always a book that can tap into your fears.

Here’s a few things that still give us the heebie jeebies.

Giant spiders, Harry Potter and the Chamber of Secrets

There are plenty of scenes spanning the Harry Potter series that could make your skin crawl. For anyone with a slight fear of spiders, however, J.K. Rowling’s creepy crawlers are sure to induce full blown arachnophobia. Sure the spiders may be friends of Hagrid, but they are spiders nonetheless, and scary nonetheless.

Next time you spot a spider in your room and start to scream, thank your lucky stars it’s not twice your size with monstrous fuzzy pincers! 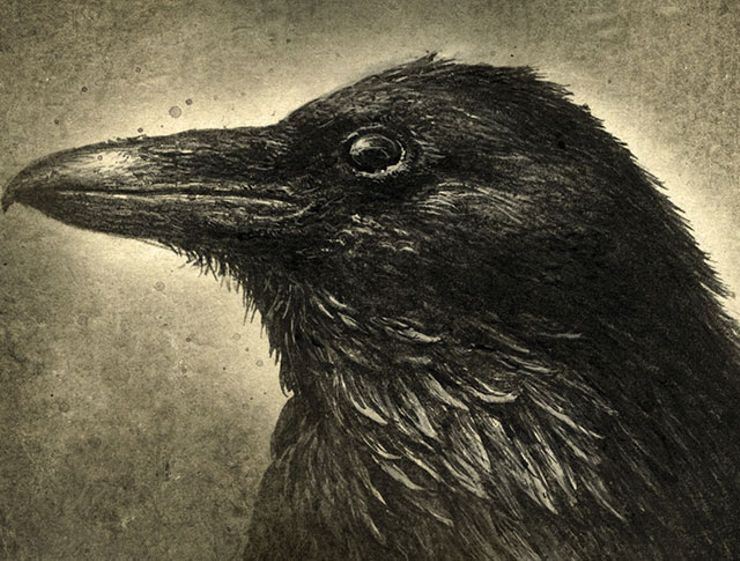 Admittedly, “The Raven,” by Edgar Allan Poe, is a scary story to begin with. The short story introduces us to an unnamed narrator, lamenting lost love and reading by a dying fire. When a raven perches itself outside his house, the narrator begins to ask it questions, to which the raven only answers “nevermore”, in calm recitation to every question.

The narrator assumes the bird is some evil messenger there to taunt him and increase his sorrows, and we’re not about to argue with that. A talking bird that speaks only one terrible word? Yep, that sounds evil and frightening enough to make our list.

Need a recipe to make you fear every future vacation at a hotel? Look no further than The Shining, by Stephen King. Set in an eerie abandoned hotel, Jack, his wife Wendy, and their son Danny, are snowed in for the season. Haunted by the spirits of a family murdered years ago by the deranged father, history is doomed to repeat itself, and Jack slowly descends into madness. 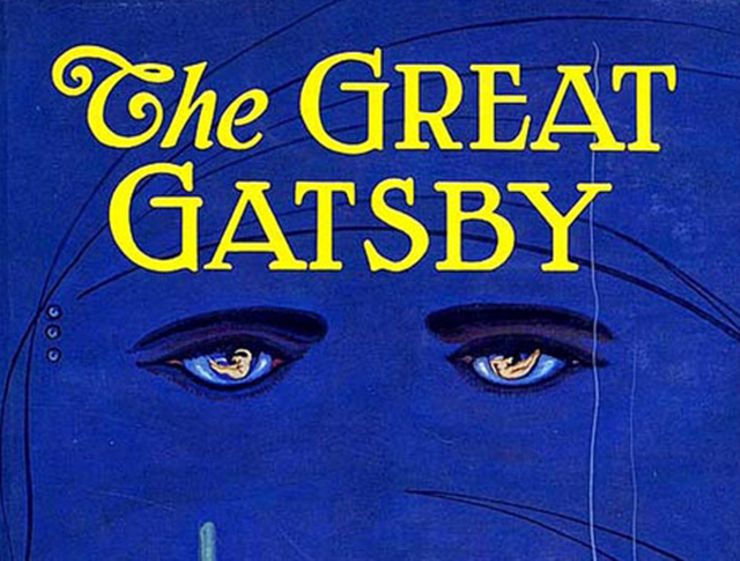 The eyes of T.J. Eckleburg, The Great Gatsby

The vacant glance of these bespectacled eyes in F. Scott Fitzgerald’s timeless novel are not intended to be scary. Situated on an old billboard in the Valley of Ashes, they are meant to be eyes that look down in judgment at all who drive past. Even so, there’s something about those eyes that still make us shudder. It may be their blue emptiness, or the fact that the eyes lack a corresponding face, but it’s also the way Fitzgerald takes note of them: dim, paint chipped, and forever watching. 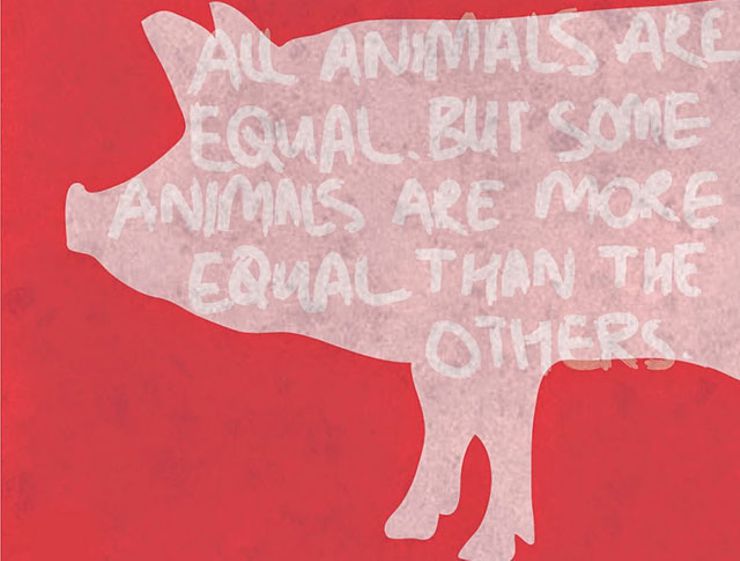 It might be a stretch to fear all pigs, but not if you’re familiar with Napoleon from George Orwell’s Animal Farm. Napoleon is the vicious ruler that dictates order over the farm animals, and the tyrant under which the animals grown increasingly oppressed and fearful. A fear of pigs is a little irrational, we’ll admit, but we can’t help but be wary around every pink, snorting farm animal after reading this book.

Much like the eyes of T.J. Eckleburg, Miss Havisham isn’t meant to be scary, yet somehow her image still gives us shivers. She is a central character in this Charles Dickens’ novel, and characterized by the old wedding dress she still wears, sunken skin, and a pale ghostly complexion. Her frightful appearance is best described when the protagonist, Pip, sees her for the first time: 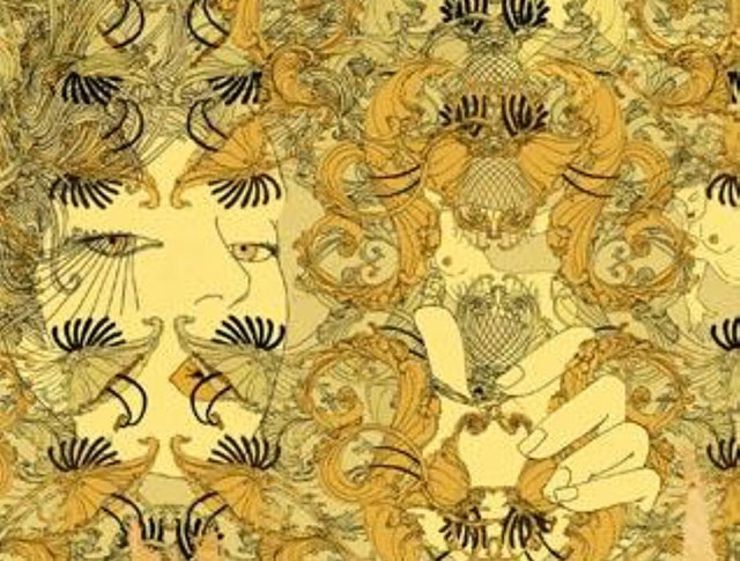 The short story, written by Charlotte Perkins Gilman, recounts the story of a woman who begins to see other women trapped behind the wallpaper of her room. She scratches and tears at the paper to set them free, but alas, there is no one there and the woman is alone.

Whenever we see a yellow room, we can’t help but remember the creepy tale. 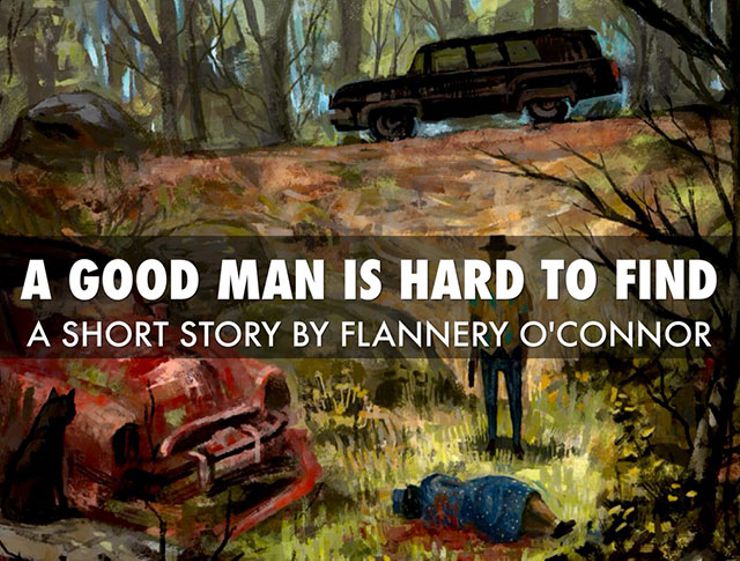 Long Car Rides, “A Good Man is Hard to Find”

“A Good Man is Hard to Find,” by Flannery O’Connor is another haunting short story we can add to the list. In the story, a family takes a road trip and encounters a famed bandit, and they are forced to plead for their lives. It’s a compelling story, rich in commentary about religion, family, and good vs. evil, but also exceptionally scary and reason enough to be wary of long car trips with family.

We’re skeptical of the phrase ‘an apple a day keeps the doctor away’. In Jacob and Wilhelm Grimm’s fairy tale, Snow White, the apple is a deceptive fruit. It may be red, glossy, and ready to eat, but the apple is the fruit of death, and a fatal last meal to anyone who eats it. To be safe, we say stick to green apples.

Do you have a literary fear that still haunts you today? Share it with us in the comments!