We love a little fairy dust in our binge reading. But spice things up with a little horror, and you’ve got a well-balanced meal of wizards, warlocks, and werewolves.

It takes a deft skill to take an already fanciful style of writing and incorporate yet another completely imaginative, albeit terrifying, genre. But these authors do it. And they do it well.

Take John Bellairs’s The Face in the Frost, for instance. One of the best critically reviewed horror fantasies on the market, it melds whimsical wizardry and nightmarish novelty to stellar effect. And yet somehow, no one’s heard of it. Which is why we’ll start there.

Read on for more about Bellairs’s tale, plus nine other mind-trips that deserve your attention. Looks like you’ve got a lot on your plate.

The Face in the Frost, by John Bellairs

Though Bellairs works his magic with plenty of YA fantasies, this critically acclaimed classic originally published in 1969 is pretty much for adults only. Two wizards from different kingdoms discover that someone is casting a terrible spell—one that could end the world. Their quest to stop the destruction is chilling for its nightmarish images, but relief can be found in the banter between the two main characters.

Stop us if you’ve heard this one: A girl heads out into the wilderness alone, and bad things happen. It’s horror tropes 101, but McKinley puts a bit of a spin on the typical. The girl, nicknamed Sunshine, heads to her family’s lake house for a bit of R&R then finds herself chained in a vampire’s mansion ready for a little S&M (shackles and magic, that is).

You don’t have to be a psychedelic rock fan to fall under the spell of Hand’s supernatural novel about a British acid-folk band who mysteriously lose a member during their recording sesh in a spooky old mansion known as Wylding Hall. Hand, a nascent punk enthusiast herself, churns out a thriller that’s a mix of Janis Joplin and M. Night Shyamalan and totally rocks.

The Place of the Lion, by Charles Williams

Yes, Williams’s metaphysical supernatural novel has a lion on its cover, but be forewarned: This is no Narnia. Rather it’s a rewarding metaphysical read for the philosophically inclined. So brush up on your Plutonic archetypes before diving in to this story about two worlds, countless creepy creatures, and one looming apocalypse.

The Godforsaken, by Chelsea Quinn Yarbro

A witching tale about the chosen and the damned, The Godforsaken just might make you pick up the good book upon completion. Set during the dark days of the Spanish Inquisition, Yarbro’s tale of a cursed kingdom reimagines the werewolf fantasy and pairs best with the glow of a full moon. 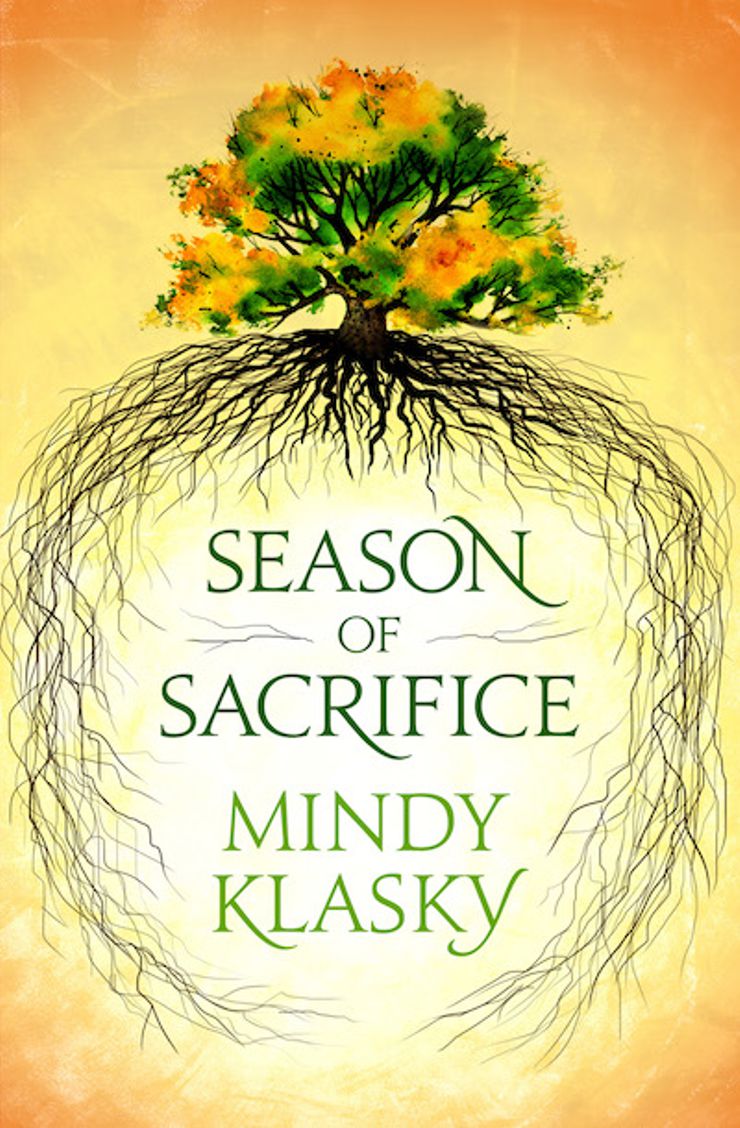 When two little girls go missing during a seaside village festival, no one sounds the Amber Alert. They just turn to Alana – a young Woodsinger with magical powers she got from a tree. Seriously. It’s sounds comical, but Klasky’s deft skill takes what starts out as an intriguing albeit magical missing persons’ case and morphs into a multilayered adventure into womanhood.

Comprised of 15 stories, World Fantasy Award winner Skin Folk tackles science fiction, Caribbean folklore, sexual awakenings, and every fantastical horror in between. Take for instance “Greedy Choke Puppy,” a short about a woman who sheds her skin at night and kills kids for their life force. Yeah, that’s what we’re dealing with here.

The Twins, by Gary Alan Wassner

The first in a four-book series called GemQuest, The Twins is fantafiction that melds dark magic, destiny, and a bunch of cognizant trees. The saga begins with twin brothers (and heirs to the throne of Gwendolen) getting separated at birth, then thrust into a volatile existence. The series follows their quest to find out just what has happened to their world.

Hell hath no fury like a woman who’s been picked on because of her facial deformity. She just might ask the devil to initiate an end of days. Which is exactly what Joanie does in Springer’s Apocalypse. An oddball fantasy full of baby-faced insects, blacksnakes, and naked men, the story may just be something of a beautiful creature.

The Physiognomy, by Jeffrey Ford

So a physiognomist is someone who can read people’s pasts, secrets, and futures just by looking at their faces. The first in The Well-Built City trilogy, Ford’s fantasy follows physiognomist Cley on his quest to find a fruit that promises immortality. A quest that proves simple hits a bump in the road when he meets a vixen who could potentially crumble a city once built so well.