Re-living these scary ghost stories gave us the creeps. Just kidding, it was awesome.

“Ghost stories are speculations, little experiments in death. We try it on for size—it never quite fits. Good, we say, it’s nothing to do with us, this death. But what about that other death over there: what’s that one about? There are always new deaths to marvel at, deaths that create a shiver of pleasure because they are not ours, not yet.”

Just in time for Halloween, Audrey Niffenegger, the author of The Time Traveler's Wife, has collected and illustrated 16 of her favorite ghost stories in a new collection entitled Ghostly. “The stories in this collection are English and American and range across more than 170 years,” she writes in her introduction. “They are not diverse or representative; they are only stories I have chosen because I like them, and what I like about them is their intimacy, their off-kilter matter-of-factness and their vivid evocations of order disrupted, sudden awful knowledge, the human condition as cosmic joke.”

One story included in the collection, “The July Ghost,” by A.S. Byatt, tells of the appearance of the friendly ghost of a young boy. “It is the best evocation of bereavement I have read, and the most precise observation on the helplessness of other people in the presence of grief,” Niffenegger writes. “Byatt’s son, Charles, died in a car accident at the age of eleven, in 1972.”

It’s obvious that the ghost stories that stick with us are those that focus on the experience of being haunted—one that every person, whether they’ve encountered the paranormal or not—can relate to. Here are a few of our favorite ghost stories that keep coming back to haunt us. 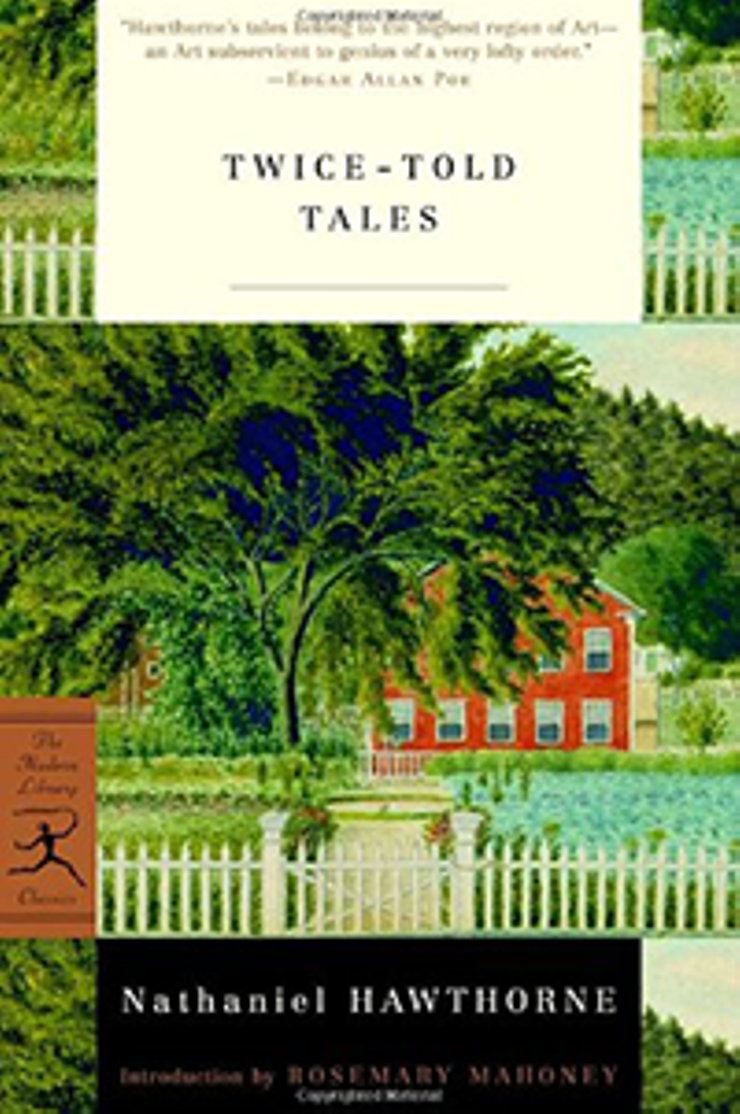 Though this is not a ghost story, per se, the villagers in this short story by The Scarlet Letter author Nathaniel Hawthorne are traumatized when their minister suddenly appears in town wearing a black veil over his face. His parishioners fear something horrible must have happened to him, and when he refuses to remove the veil under any circumstances, his fiancée leaves him. Many have theorized that the terrifying image must be Hawthorne’s comment on the idea of original sin. 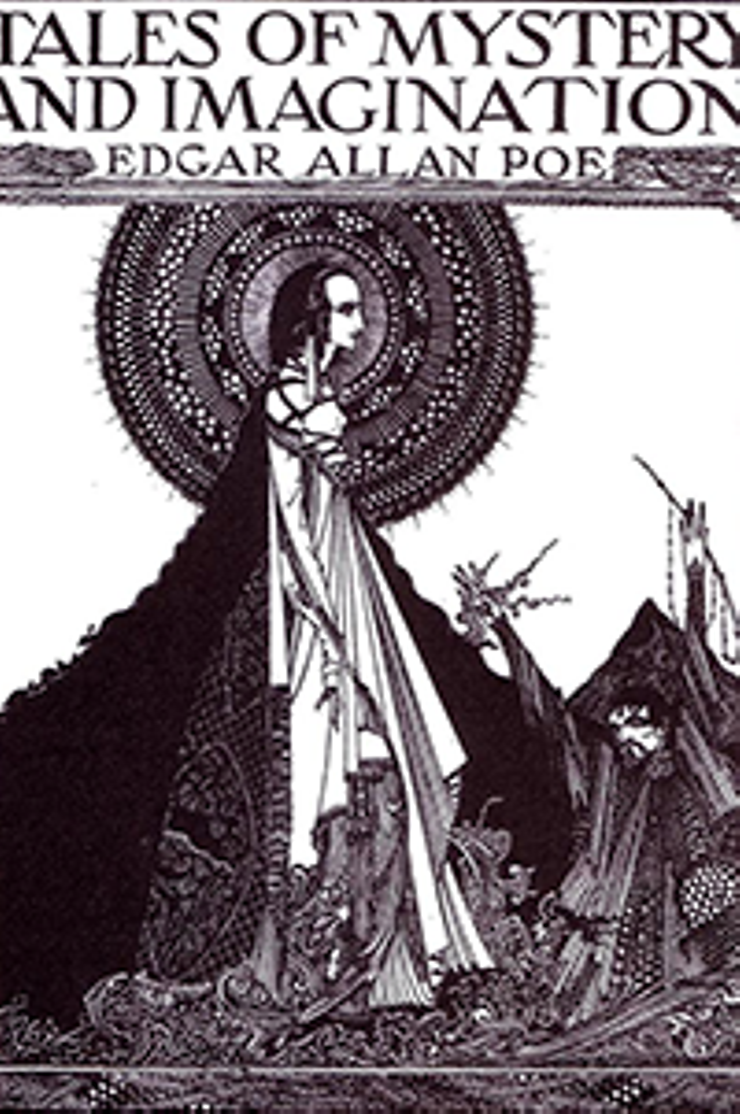 “The Fall of the House of Usher” from Tales of Mystery and Imagination, by Edgar Allan Poe

Poe is, in many ways, the master of horror, and any one of his ghost stories could be included on this list. We’re particularly fond of “The Fall of the House of Usher,” however, which tells the story of two hypochondriacal siblings, Madeline and Roderick, who believe their house is alive. Things only get worse when Madeline dies and our narrator comments on how rosy her cheeks look as she lowered into the tomb. 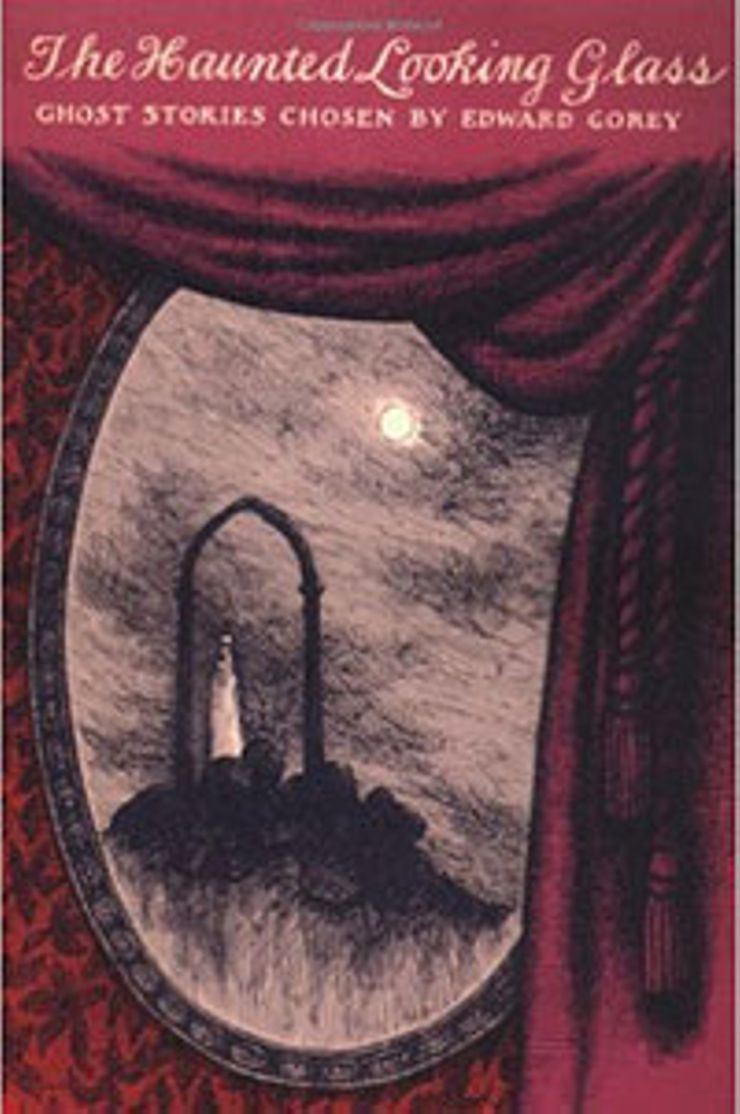 “The Dream Woman,” by Wilkie Collins from The Haunted Looking Glass, edited by Edward Gorey

One man’s haunting by a young woman with “light gray eyes, a droop in the left eyelid, flaxen hair with a gold-yellow streak in it, white arms, and a little lady’s hand with a reddish look about the fingernails” turns out to be much more of a premonition than he could have ever imagined in this short story by the author of The Woman in White. 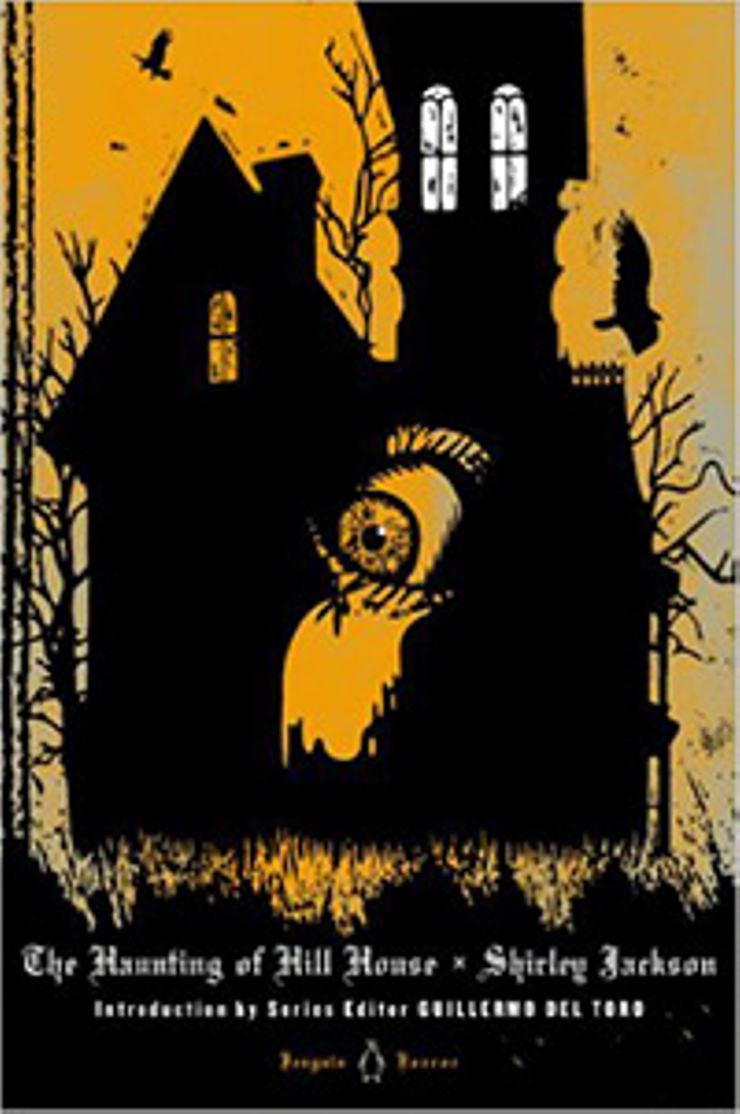 The Haunting of Hill House, by Shirley Jackson

American horror writer Shirley Jackson takes the idea of a haunted house to the next level in her novel The Haunting of Hill House, published in 1959. A doctor brings three subjects to a supposedly haunted house for a study in the paranormal. One of the subjects, Eleanor, seems to be more effected by the strange events in the house, leading the other people to wonder if the house has some kind of hold over her. 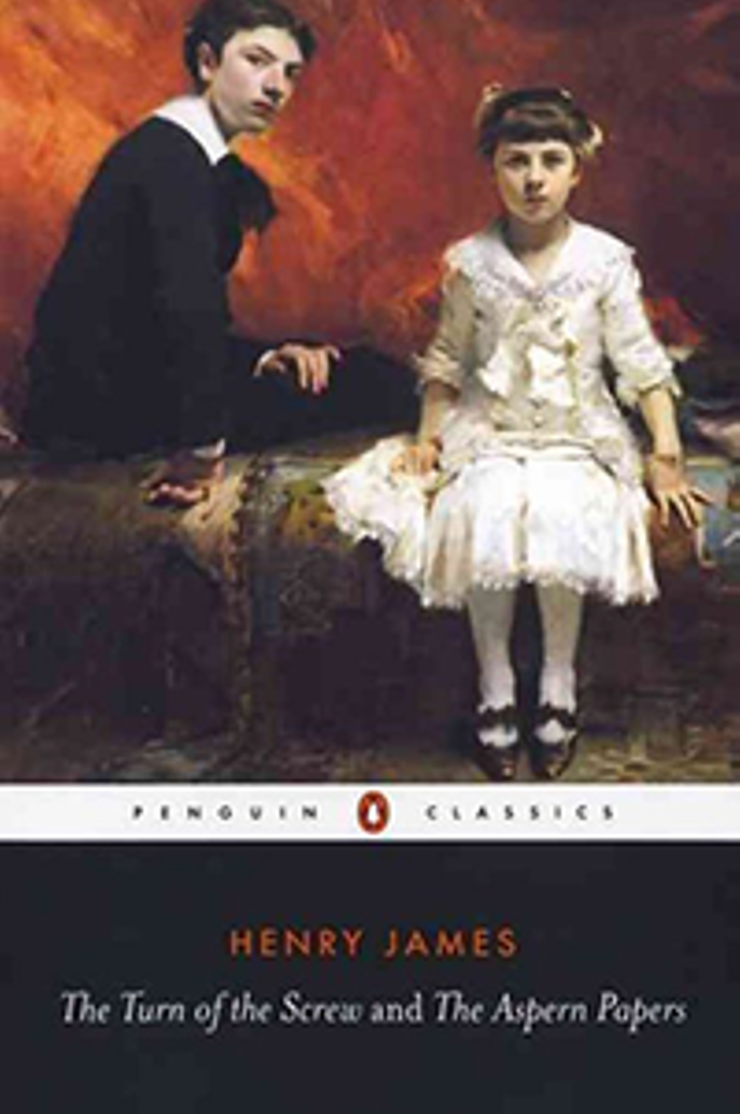 The Turn of the Screw, by Henry James

Henry James’ absolutely terrifying 1898 novella tells the story of a governess who comes to care for two children, Miles and Flora, who live in a country estate in England with their uncle. The governess immediately notices the presence of not one, but two ghosts in the house. When she learns their identities, she must struggle to keep the children safe from ghostly threats. 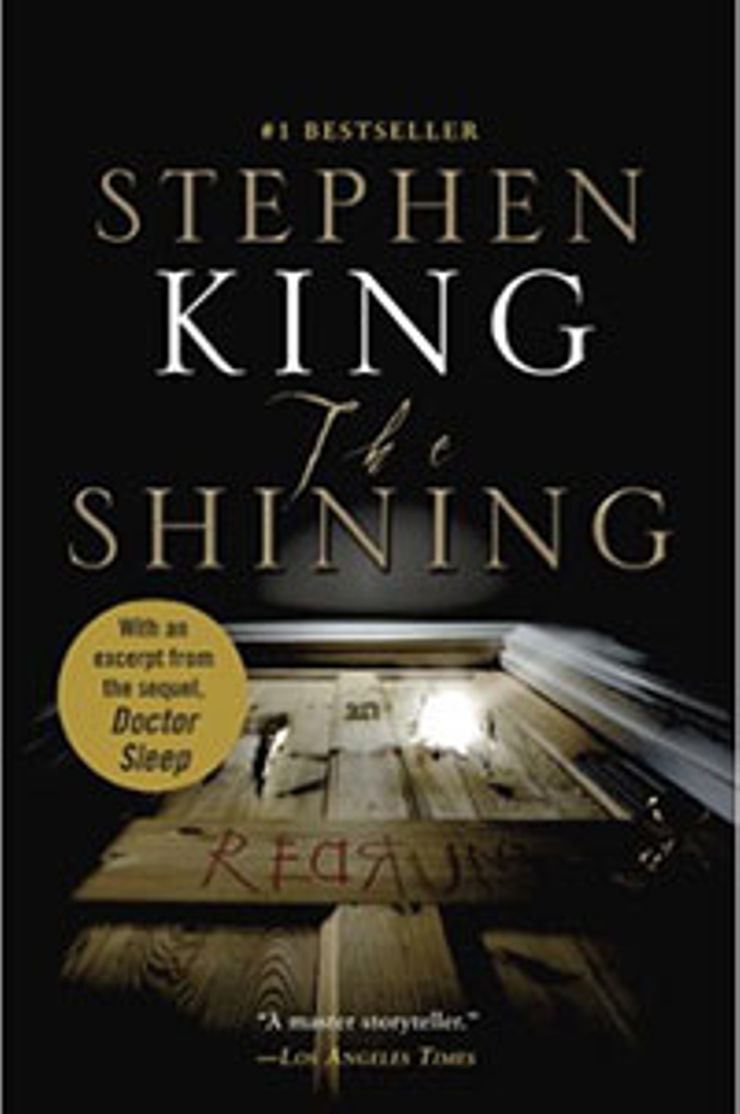 The Shining, by Stephen King

Though most are familiar with Stanley Kubrick’s film adaptation, it’s important go to back to the source material, Stephen King’s 1977 novel. The Shining tells the story of a family who hope to escape their recent hardship by house-sitting a giant hotel over the winter. What they don’t realize is they aren’t alone, and that most of the guests in the hotel have never checked out. 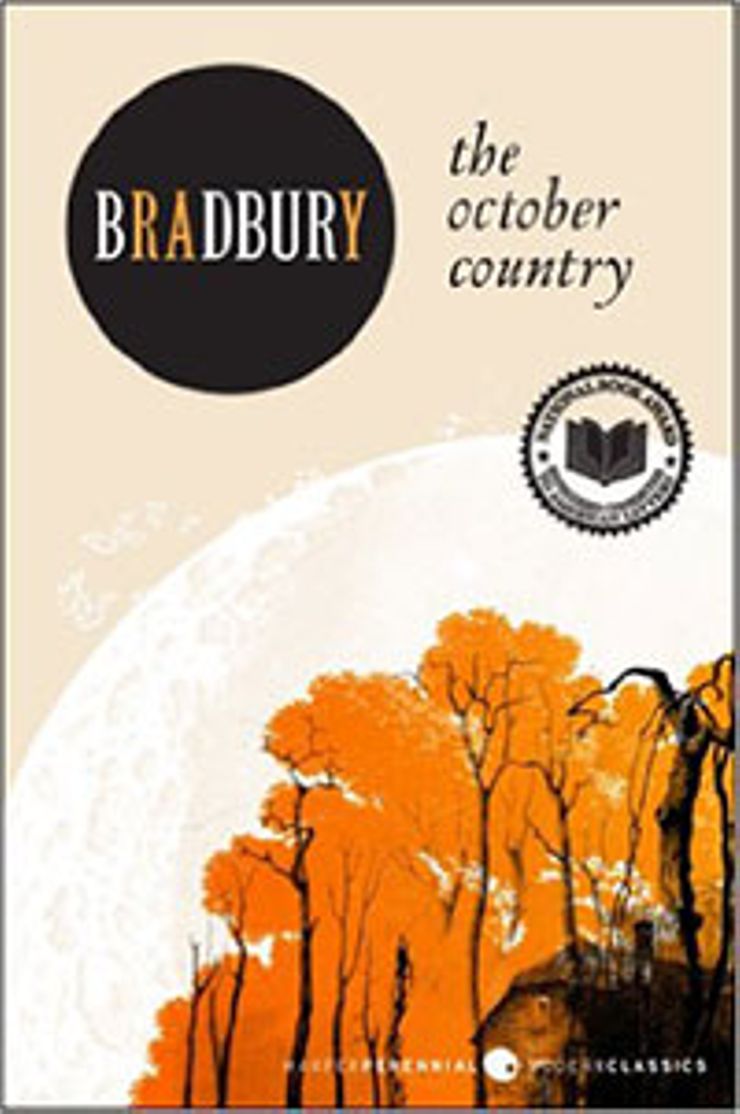 “The Lake” from The October Country, by Ray Bradbury

The stories in this collection by Fahrenheit 451 author Ray Bradbury are all terrifying, especially “The Lake,” which Bradbury wrote when he was only 22. In his introduction he describes the joy he felt when he “knew at long last, after years of dumb obfuscation, I had turned inward, discovered whatever might be original in my head, and caught in on paper.” (Turns out, the contents of said head were pretty disturbing.) “‘The Lake,'” Bradbury writes, “published in Weird Tales some months later, has never been out of print and has been anthologized dozens of times.” 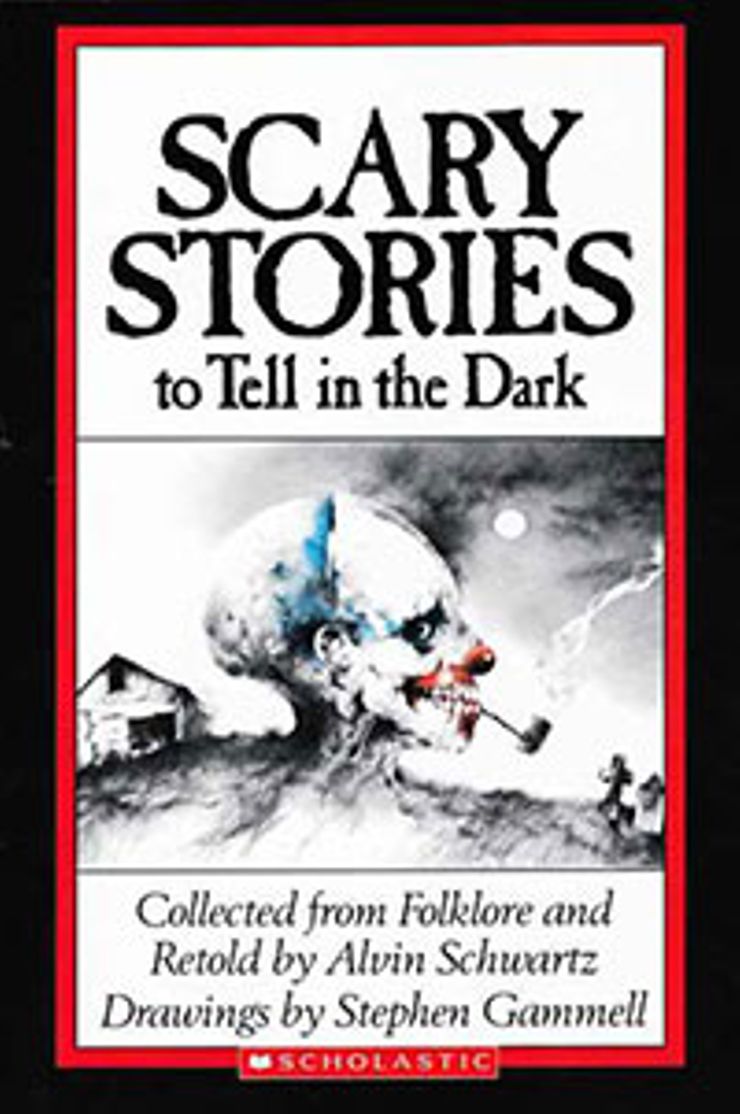 “Cold as Clay” from Scary Stories to Tell in the Dark, by Alvin Schwartz

The stories in Alvin Schwartz’s three-volume Scary Stories to Tell in the Dark are deeply disturbing, and the horrifying illustrations by Stephen Gammell make them even scarier, despite the fact the books are meant for young readers! Based in folklore, the stories collected here may seem vaguely familiar. We love “Cold as Clay,” about a young woman’s visit from her boyfriend, who claims to need to take her to her father. As she climbs on the back of his horse, she exclaims, “You’re cold as clay!” I hope you are not ill.” Oh, brother. 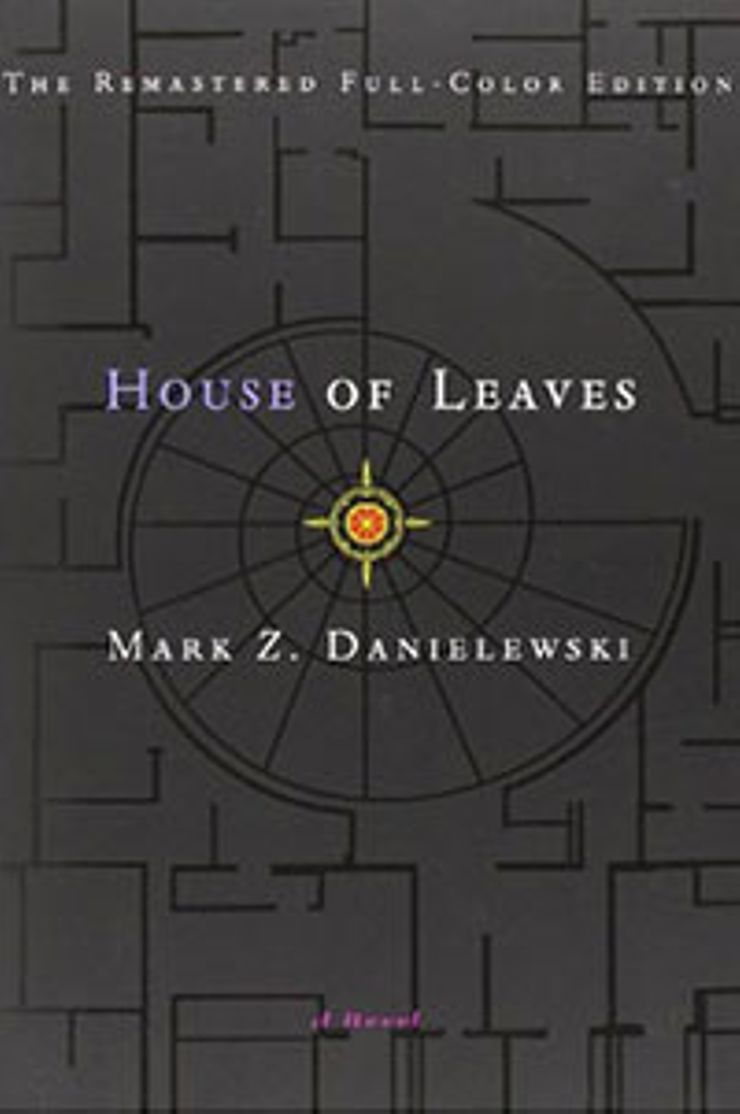 This cult novel, published in 2000, is filled with winding footnotes, appendices, and terrifying wormholes that mimic the interior of the house at the center of its narrative. Shortly after moving in, the Navidson family finds doors open onto walls, strange rooms appear and disappear, leading to a maze like structure called the anteroom. Danielewski owes much to the strange true story of the Winchester Mystery House and Shirley Jackson’s The Haunting of Hill House—but ultimately the House of Leaves is also an allegory of the modern, dysfunctional family. 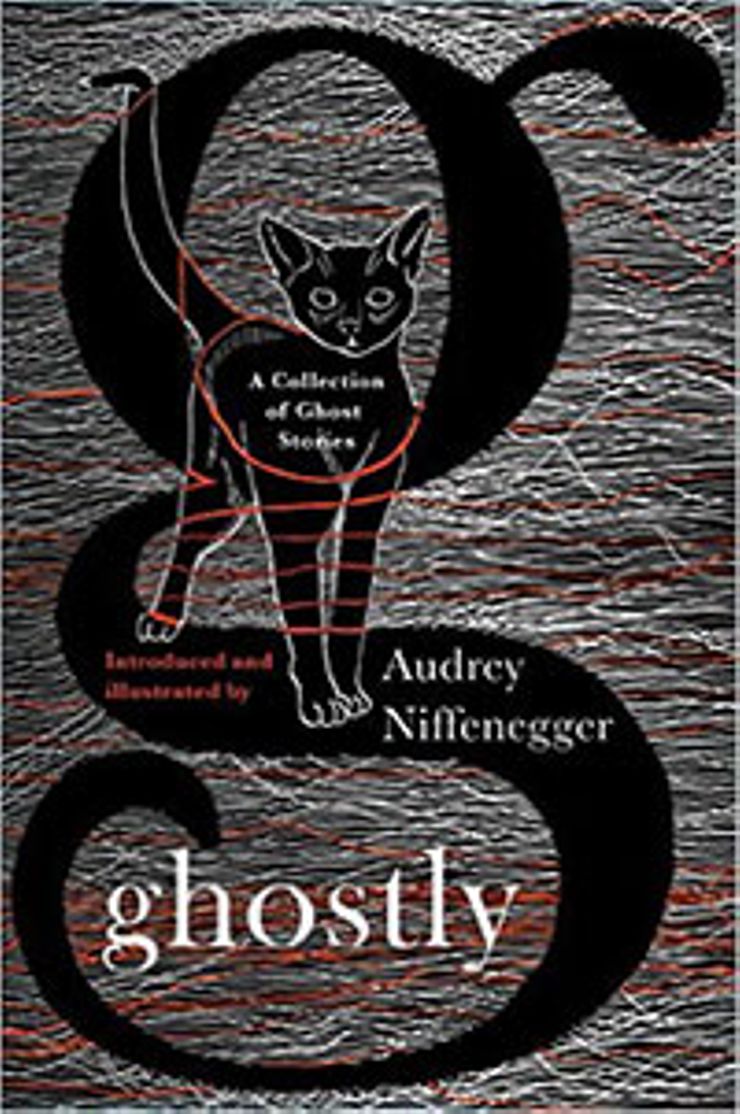 “The Pink House” from Ghostly, by Rebecca Curtis

Rebecca Curtis’ short story “The Pink House” begins like many classic horror stories—a woman tells the story of her haunted house to a group of friends on a stormy night. On the day she moves in, she discovers a man’s ring in the bathroom, which she then gives to her boyfriend, who starts acting very strangely. When she learns the history of the house from the local bartender and puts two and two together, the result is terrifying.