"Mudbound," "The Shape of Water," and "Call Me By Your Name" are just a few of the critically-acclaimed adaptations we can't stop thinking about.

These last two weeks have been among the most exciting in Hollywood! Yes, the Oscar nominees were announced on January 16th and we are learning about who will (and will not) be presenting and attending. We can’t wait for March 4th to arrive so we can see our favorite actors and actresses totally glammed up and ready to accept their awards.

This year’s crop of nominees were pretty impressive. Not only did they do a far better job than other recent award shows at nominating more work by women and artists of color, but quite a few nominees for major awards were for films that were based on great books.

From moving fictional novels to thoughtful nonfiction accounts, these stories were key inspirations for some of the very best films of the year. Lucky for you, there is still time to see what you have missed before the big night and we can help! Here are the books – and the movies they inspired – that help make up this year’s list of the Oscar’s best:

Call Me By Your Name

Starring Timothée Chalamet and Arnie Hammer, Call Me By Your Name is a coming-of-age love story set in Italy in the 1980s. It centers on Elio, a seventeen-year-old American boy who slowly falls for Oliver, an older graduate student staying with his family. Moody and romantic, the film has racked up a bunch of Oscar nominations, including Best Picture, Actor in a Leading Role for Chalamet, Adapted Screenplay, and Original Song. The movie is originally based on  André Aciman 2007 novel of the same name. 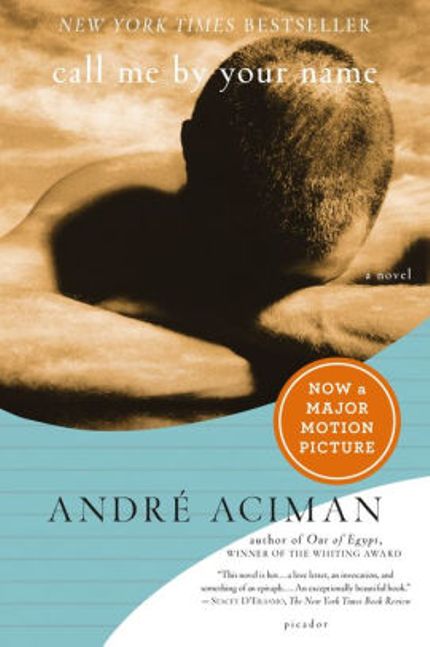 Set in 1946 in the Mississippi Delta, Mudbound follows a white family and a black family struggling to work the same land and their two sons who return from WWII forever changed. The movie has a stellar cast, including Carey Mulligan, Mary J. Blige and Garrett Hedlund. Blige picked up a nomination for Best Supporting Actress, and the movie was also nominated for Best Adapted Screenplay, Cinematography, and Original Song. Hillary Jordan is the author of the 2008 novel that the movie is based on, which won the Bellwether Prize for Fiction and became an international bestseller. 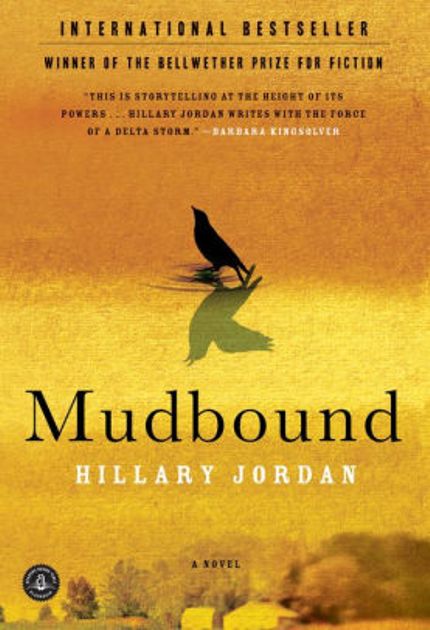 By Greg Sestero and Tom Bissell

For years, Tommy Wiseau’s The Room has been considered one of the worst movies ever made. It’s so shockingly bad that it’s almost good again, leading to screening parties, a cult following, and name recognition that has only grown since the movie first came out in 2003. The Disaster Artist a fictionalized behind-the-scenes account of the making of the film, focusing on the relationship between Wiseau and his costar Greg Sestero. Sestero also helped co-write the 2013 book that the movie was based on – The Disaster Artist: My Life Inside The Room, The Greatest Bas Movie Ever Made – along with author Tom Bissell. The movie was directed and produced by James Franco, and stars him as Wiseau and his brother, Dave Franco, as Sestero. It was nominated for Best Adapted Screenplay. 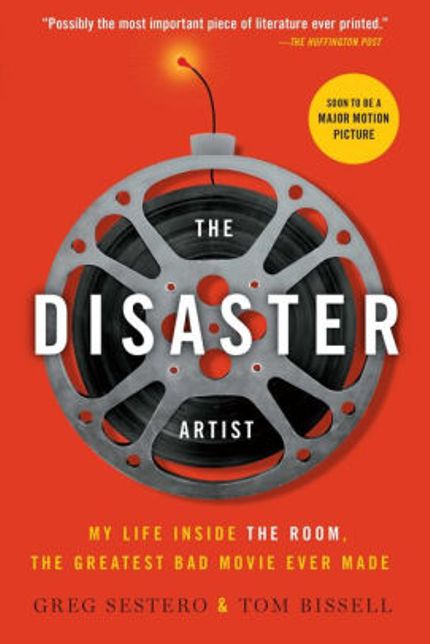 Looking for more film-worthy reads? Sign up for the Early Bird Books newsletter and get the best daily ebook deals delivered straight to your inbox.

Victoria & Abdul is about the real-life friendship between Queen Victoria and a young Indian man named Abdul Karim who became one of her closest confidants in her later years of life. The movie stars Judi Dench and Ali Fazal, and was nominated for two categories: Makeup and Hair, and Costume Design. It was based on a 2010 nonfiction book by Shrabani Basu, called Victoria & Abdul: The True Story of the Queen's Closest Confidant. 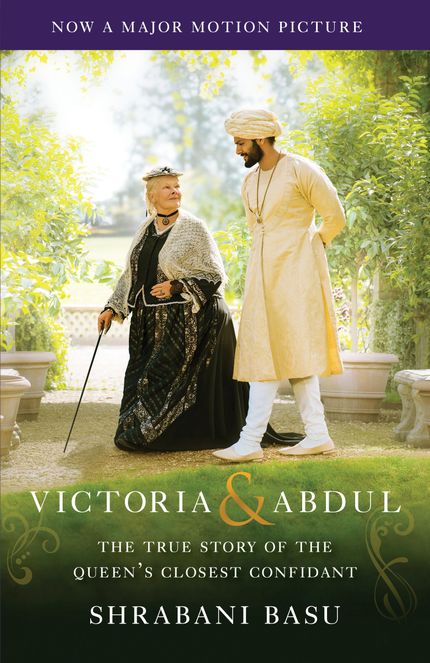 Starring Michelle Williams, Christopher Plummer and Mark Wahlberg, All the Money in the World is based on a true story about billionaire J. Paul Getty who refused to cooperate when the Italian Mafia kidnapped his grandson. Set in 1973, Williams plays the mother of the kidnapped boy, while Wahlberg is an ex-CIA agent tasked with finding him. Christopher Plummer was nominated for Best Supporting Actor for his role as J. Paul Getty himself. The movie is loosely based on a 1995 book by John Pearson, which was originally titled Painfully Rich: The Outrageous Fortunes and Misfortunes of the Heirs of J. Paul Getty. 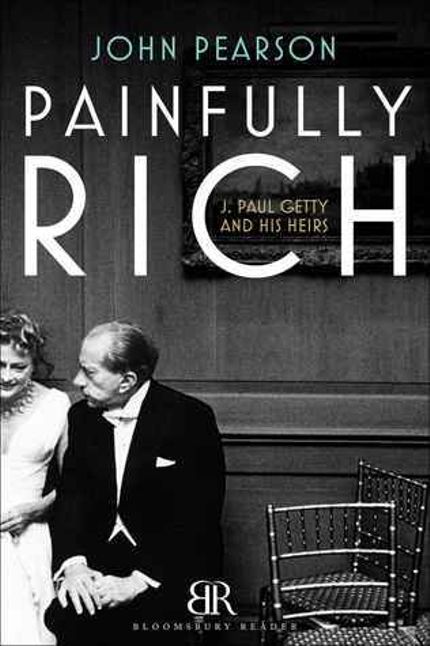 The Shape of Water

Okay, so it might not technically be a movie based on a book, but we’re counting it anyway, as writer and director Guillermo Del Toro had a direct hand in crafting the tie-in novel version of the story. Co-written along with author Daniel Kraus, this isn’t your average movie tie-in novel, either. It further expands the storylines and characters of The Shape of Water, which follows Elisa Esposito, a young mute woman who falls in love with a sea creature imprisoned at the government research center where she works. The film was nominated for 13 awards – the most awards of any other film this year! These include Best Picture, Best Actress for Sally Hawkins, Best Supporting Actor for Richard Jenkins, Best Supporting Actress for Octavia Spencer, Best Director, Original Screenplay, Cinematography, Film Editing, Sound Editing, Sound Mixing, Production Design, Original Score, and Costume Design. The Shape of Water book will be available February 27th. 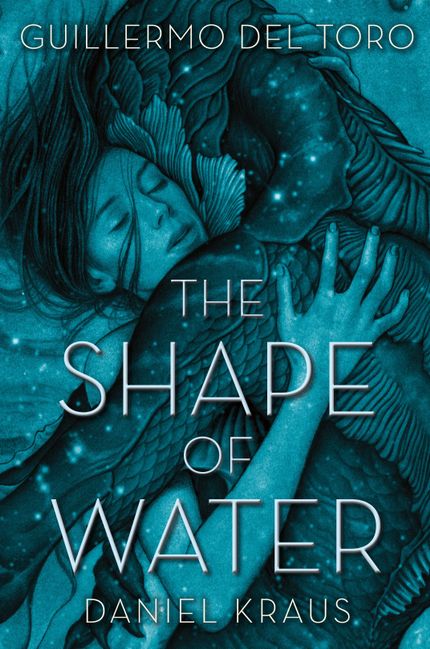 This article originally appeared on BookTrib .

Looking for more film-worthy reads? Sign up for the Early Bird Books newsletter and get the best daily ebook deals delivered straight to your inbox.