BookTrib: The Perfect Mother is absolutely unique. It’s cliché to ask, but how did you come up with the storyline?

Aimee Molloy: After my first daughter was born in 2012, I signed up for September Babies, a new mom’s group in Brooklyn. I was a little skeptical about this at first (a new mom’s group in Brooklyn? Far too cliché for me!) but the skepticism dissolved almost immediately. I had no family around to help, and very little experience with infants, and September Babies became my lifeline. Though some members met in person, most of our interaction was via a listserve—a place where people asked questions (is this normal…? Should I be worried…? Will they ever sleep?).

I was blown away by the generosity and encouragement the members showed one another. Perhaps it was the sleep deprivation, but I envisioned us—a relative group of strangers—as a tribe of women who had banded together, and the question occurred to me: what if, god forbid, one of our babies went missing? I could see the members of the group, black war paint under our eyes, torches in hand, combing the town until the baby was found. I remember I was riding the subway, my daughter strapped to my chest, and pulling out a notebook, jotting down notes on this idea. A few years later, those notes had become The Perfect Mother.

This book starts out as a novel about motherhood, support and female friendships, but soon turns into a brilliant psychological thriller. What was it like bringing these two genres together into one story?

I like to joke with my publisher that while they think of The Perfect Mother as a fast-paced thriller about a missing baby, I think of it as a quiet meditation on motherhood. I had been writing non-fiction for ten years but was always harboring a secret desire to attempt fiction. After having my first child, I felt like I finally had something I wanted to explore—the pressures women face after becoming a mom.

For about a year, I thought about how I would approach a novel on motherhood. Initially, I thought I wanted to write something more literary—I absolutely loved Dept. of Speculation and Eleven Hours —gorgeous, weighty books about motherhood. And then, after my second daughter was born, I read Gone Girl, most of it with her on my lap. That book brought me back to reading, and reminded me just how pleasurable it can be to escape into a book. It also sparked the idea of wrapping a book about motherhood in a page-turning novel of suspense. The idea really excited me— so much so that I finally stopped thinking about it and sat down and started typing.

Want more psychological thrillers? Sign up for the Early Bird Books newsletter, and get the best daily ebook deals delivered straight to your inbox.

One of the aspects I loved that you focused on was the position that mothers are often put in, where they almost forced to abandon their own identities in lieu of only being mothers to their children. This is especially enforced by media perception, as seen in this novel. Can you tell us a little about what it was like writing about this, and why you wanted to?

There’s a character in the book named Patricia Faith. She is the host of a cable news program and she becomes obsessed with what happened to baby Midas, who is taken from his crib while his mom is out for drinks with her mom group. Patricia Faith is particularly concerned with the behavior of the mothers. Should mothers of newborns really be out drinking? After a photograph surfaces of the group that night, in which Midas’ mother and another mom appear drunk, the scrutiny increases. To be honest, Patricia Faith was one of the most interesting characters for me to write. She is very much a composite of all the judgment that women often feel after having kids—from the internet, baby books, other parents, etc—and all the pressure put on us to live up to society’s ideas of what being a mother means.

I understand that you have children yourself. Has writing this book changed how you see motherhood, or vice versa – has becoming a mother influenced your writing of this book?

I started writing the book when my kids were one and three years old. As I mentioned, I had been writing non-fiction, mostly as a ghostwriter, meaning I wrote books that other people took credit for. I really loved the work but something changed for me after having two little girls: I no longer felt as comfortable allowing other people to take credit for what I’d written. It was one result of having kids that I was not expecting!

What’s the one thing you really want readers to take away from this book?

Not only is the novel a fast-paced thriller but it’s also a feminist look at what it means to be a woman today. My hope is that women will see themselves in these characters, and identify with the pressures these women are under, and how ridiculous it is what women are expected to do. However, I also think the book will appeal to women who don’t have children, as I also deal with issues all women face, moms or not. For example, nearly every character has been the victim of some sort of harassment, at home or at work, and that harassment has had a life-long impact on them.

The whole cast and crew is set up perfectly for self care Saturday with an advance copy of @aimeemolloy718's #ThePerfectMother (available 5/1) and a bottle of @onehope. I'm loving that #OneHope donates half of its profits to charity. Each wine supports a different cause. ———————— The cast and crew had a choice to support the following causes with their #PostScandalSurvivalKit wine selection. 🍷 Cabernet (helps children with autism). 🍷 Merlot (helps end global disease). 🍷 Pinot Noir (funds animal adoption). 🍷 Red Blend (supports the troops) #ServeAndCelebrate

The Perfect Mother is being turned into a film starring Scandal’s Kerry Washington. What was your reaction to the news?

My immediate reaction included a few words you can’t print here. Since the shock has worn off, I feel incredibly lucky and grateful. Often when I was writing the novel, I was sure that when it was finished I’d force my husband and mother to read it and say nice things and then that would be it—into a drawer it would go. I never imagined someone making a movie about it, and certainly not someone as talented and smart as Kerry Washington! 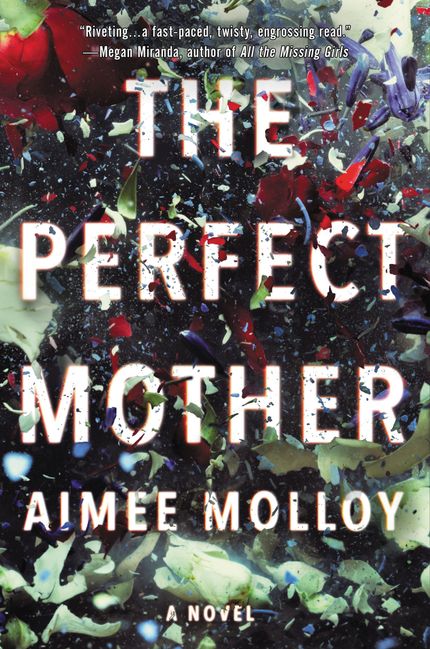 Want more psychological thrillers? Sign up for the Early Bird Books newsletter, and get the best daily ebook deals delivered straight to your inbox.