Romances we want to remember, from the year we'd rather forget.

In 2020, we needed HEAs more than ever before — and these standout books delivered.

Full of heat, humor, and heart, these best romance books of 2020 deserve to be read and re-read for years to come.

Red, White and Royal Blue was one of 2019’s true romance hits, so it stands to reason that the industry would have their eyes on similar titles. While Alexis Hall’s Boyfriend Material was often compared to that novel, her work more than stands on its own two feet.

Luc O'Donnell, the child of wild rock star parents, has spent his life trying to avoid the limelight that comes with being celebrity offspring. With his dad keen to make a comeback, Luc finds himself in the unenviable position of needing to clean up his own image.

Step forward Oliver Blackwood, a clean-cut barrister who lives a proudly boring life, yet somehow agrees to be the fake boyfriend Luc needs to drum up some good publicity.

Of course, this is a romance novel — and we know how fake relationships end. Boyfriend Material is snappy, witty, and chock-full of opposites-attract joy. 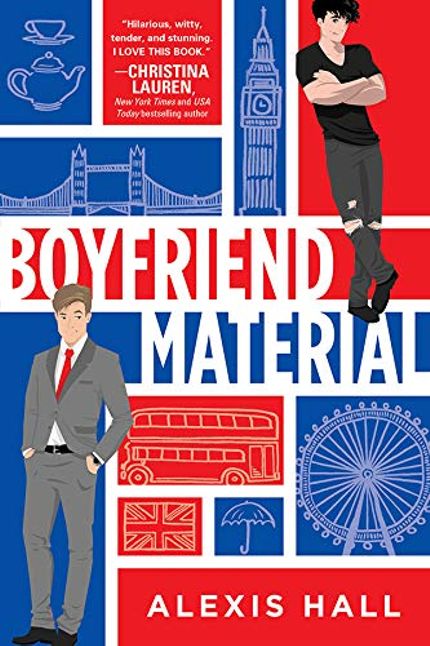 A Cowboy to Remember

Rebekah Weatherspoon's fizzy, sexy, and vibrant contemporary romances have delighted many a reader, and now, with her Cowboys of California series, she's stepping into the world of Western romance with her typical charm.

Evie Buchanan experiences a temporary bout of memory loss, which leads her to return to the luxury dude ranch in California where she grew up. Evie has no recollection of the place, but there's something so very familiar about Zach Pleasant, the handsome rodeo champion.

She doesn't remember that she'd vowed to never see Zach again after her youthful feelings for him seemingly went unrequited. He's determined to ensure that history doesn't repeat itself, but will Evie ever remember what they once had?

Even if cowboy romances aren't your bag, this is a book for you.

RELATED: 14 Western Romance Books That Will Make You Yearn for a Cowboy of Your Own 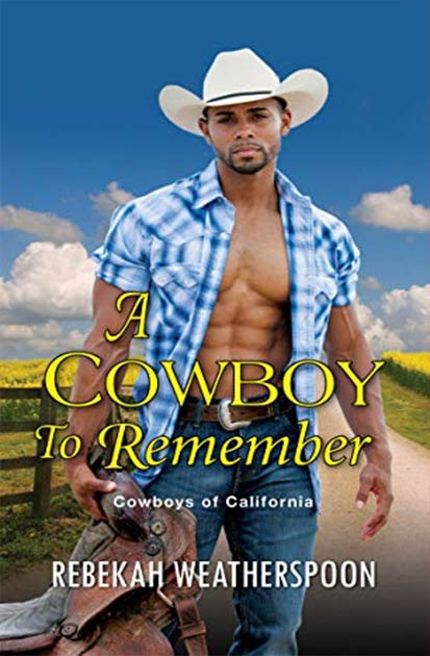 Talia Hibbert's books are perfect for readers who need an instant jolt of sunshine in their lives. Take a Hint, Dani Brown is the second book in her Brown sisters trilogy, and it's a series that just keeps getting better.

Danika is hyper-focused on her studies as a PhD student and has no desire for romance. A friend-with-benefits, however? Yes, please.

She finds the perfect candidate in Zafir Ansari, a sexy security guard who ends up going viral after he rescues Dani from a workplace fire drill gone wrong. The internet is now shipping them, and Zafir is keen to use the publicity for his sports charity.

So, of course, Dani agrees to a fake romance with a few side-benefits. Read this one and see how many pages it takes to realize you’re grinning from ear to ear. 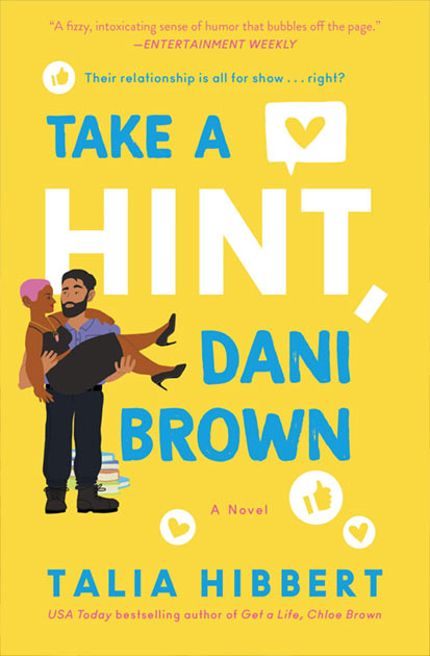 Often, the great hidden gems of romance are found in the mini paperbacks of Harlequin, a true icon of the genre whose efforts are too frequently overlooked.

Jayci Lee made a splash with her Heirs of Hansol trilogy this year, a perfect burst of short, sweet, and sexy contemporary romances featuring the wealthy younger generation of a business dynasty.

Garrett Song wants nothing more than to take the reins of his family's vast empire, but his grandmother, the woman in charge, insists that he marry first. She has no desire to settle down with her matchmaking choices, so Garrett does the logical thing and asks an employee to pose as his wife.

Natalie Sobol happens to need a fake spouse too, as she fights to gain custody of her niece. The pair just need to marry, keep their heads down, then get what they want in time for a quickie divorce.

It's just a shame their mutual passion runs far deeper.

RELATED: Fake Relationship Romance Books That Will Make You Have Real Feelings 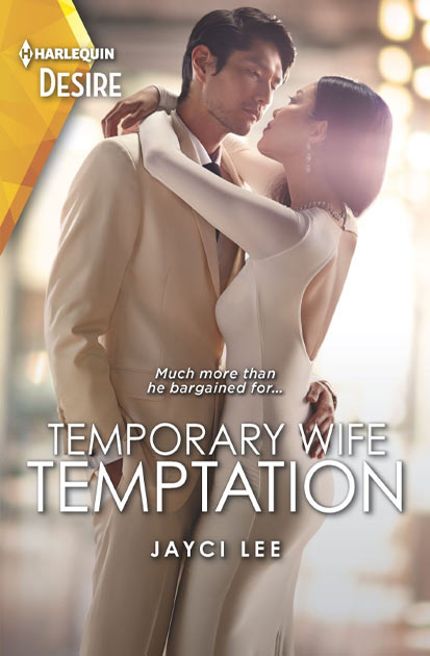 The Care and Feeding of Waspish Widows

If you're in the mood for a super-slow burn historical romance, Olivia Waite has you covered with her tales of bold women eschewing societal conventions and finding love and professional success with one another.

Agatha Griffin is a widow trying desperately to keep her printing business afloat. She has way too much on her plate to worry about the colony of bees living in her warehouse.

Penelope Flood is a beekeeper with her own demons, struggling to find her place in the world. Waite develops a beautifully tender relationship between the pair, while fully conveying just how hard things were for ordinary people of the Regency era thanks to draconian laws, controlling husbands, and political drama (a key subplot involves the true-life exile of Queen Caroline of Brunswick, who George IV loathed and wished to divorce.)

This is a book about women dealing with a cruel system that seeks to crush their spirits, but one where their verve and passion survive. 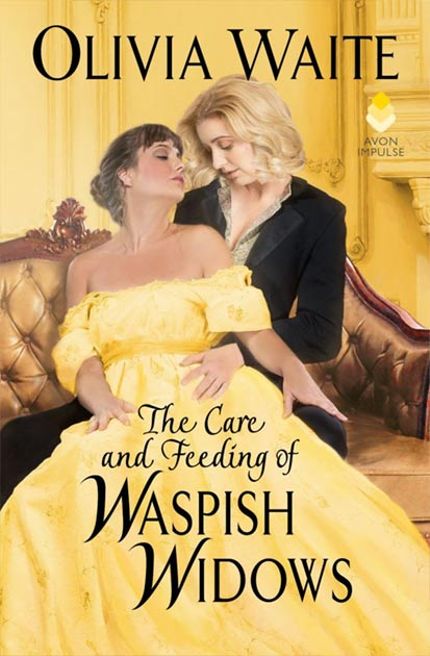 The Duke Who Didn't

Few romance authors command the loyalty and enthusiasm that Courtney Milan does. She now has a brand-new series to join her plethora of wonderful historical sagas. In The Duke Who Didn't, former childhood sweethearts Chloe Fong and Jeremy Yu find themselves back together and dealing with unresolved feelings.

She's a stern and driven woman who wants to ensure her father's legacy and revenge on the businessmen who wronged him, while he's a flighty and goofy charmer who doesn't seem to take anything seriously.

Unbeknownst to Chloe, the man nicknamed Posh Jim in the town of Wedgeford Downs, is actually the Duke of Lansing — and he basically owns the place.

Milan makes it seem so easy with this charming, laugh-out-loud, and richly diverse tale that will cure what ails you. 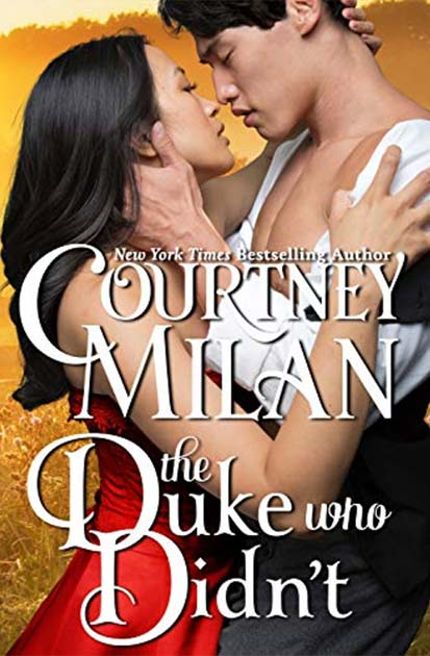 Gold Sky is a town unlike any other. Amid the wild and treacherous lands of the new America, this small settlement in Montana is a haven where people are free to be themselves and love whoever they want to.

In the fourth book in the series, Rebel Carter gives Florence Wickes-Barnes, the daughter of the first book's throuple, her own romance. Florence wants a love as beautiful as that of her mother and two fathers, but finding two men who will welcome her into their fold is proving difficult.

It seems like she'll never find what she seeks until she spots Ansel Ortega and Brenden Black. They're clearly in love — but will there be room for Florence?

Carter's historical series is a refreshing and inclusive saga that shows that all forms of love are valid (and super-hot!) 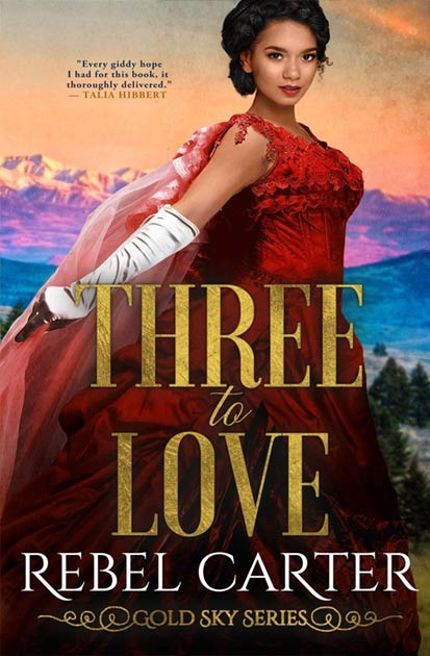 Did you too love Guy Ritchie’s remake of The Man from U.N.C.L.E., but wish that Henry Cavill and Armie Hammer would just kiss already? Then hoo boy, does Aster Glenn Gray have a book for you!

Soviet agent Gennady Matskevich has been assigned to work with American FBI agent Daniel Hawthorne. It's the height of the Cold War, and relations between the two nations are, clearly, frosty.

Gennady, however, has been given a special task by his boss: he has to be the honeytrap for Daniel. Seduce him, get some blackmail material, and ensure that the Americans never win.

Told across 35 years, Honeytrap is a deeply detailed, often warm-hearted, and occasionally heart-breaking tale of love, deception, and a bond that must brave every obstacle flung its way. 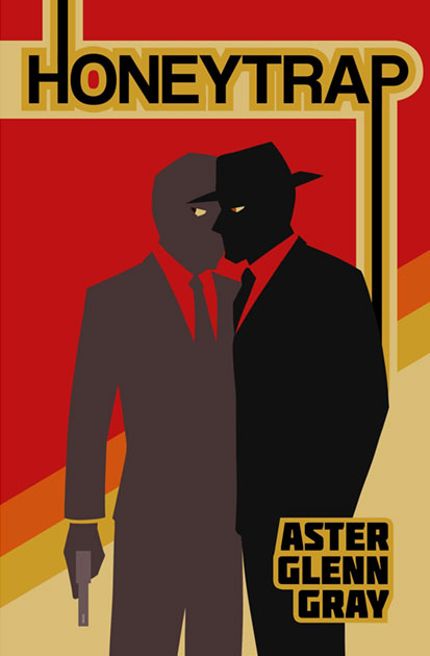 A Touch of Stone and Snow

Paranormal romance lovers the world over were thrilled by the return of Meljean Brook.

Working under the pseudonym Milla Vane, the beloved writer of the Iron Seas and Guardians series brought us A Gathering of Dragons, an epic fantasy romance that more than earned its comparisons to Game of Thrones.

In the second book in the series, A Touch of Stone, things were much gentler than the bloody and intense title that kickstarted things.

Lizzan is a mercenary for hire, a drunken sellsword shunned by her community and all too used to living on the outskirts of life.

Lizzan can deal with solitude, but then she's forced to go face-to-face with Aerax, the bastard prince of Koth — and her first love. He's also the man responsible for her exile, so Lizzan wants to get as far away from him as possible. But the goddess Vela has other plans, and soon they are forced onto a quest.

As always, Vane/Brook’s world-building is next to none, and it’s a genuine thrill to see this oft-overlooked blend of deft romance and grandiose fantasy in the genre.

RELATED: 14 Paranormal Romance Books That Give Us Chills in All the Right Places 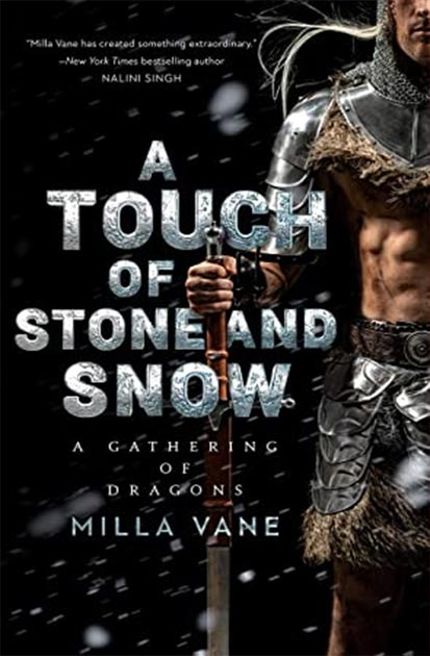 Finding love in the digital age is no mean feat, and Alisha Rai’s Modern Love series dives into the pitfalls and perils of online romance.

For Girl Gone Viral’s Katrina King, a former model who has rejected the spotlight in all its forms, the idea of going viral is petrifying. So, when a perfectly innocent conversation with a hot guy in a coffee shop suddenly becomes the internet's romantic obsession, she panics and decides to get away from life for a bit. She has no interest in this guy who she barely conversed with.

Really, her interests have always been focused on one Jas Singh, her gorgeous bodyguard. Both have a lot of baggage to deal with, but as they seek solace in his family's home while the internet obsesses over her, the sparks fly.

Rai is one of the true must-read romance authors of the past five years, and Girl Gone Viral is a perfect example of why: a sparky, emotionally layered, and affecting narrative that makes as much room for thematic complexities as it does pure passion. 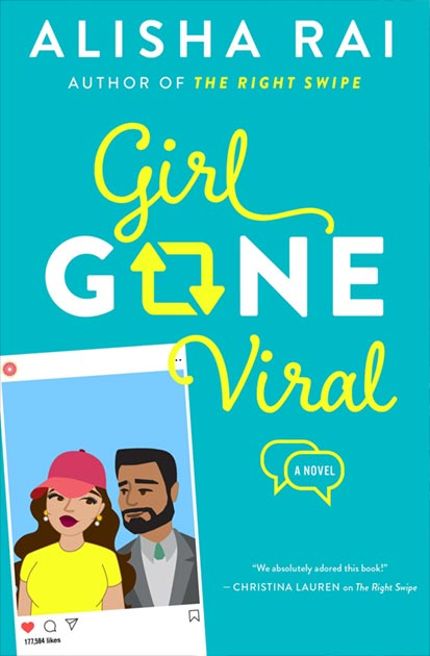