Crazy Rich Asians is directed by Jon M. Chu and was adapted for the screen by Peter Chiarelli and Adele Lim.

Like Kwan's novel, the movie uses the romance between two New York-based professors as a lens to explore the sumptuous lives of Singapore's elite. Rachel (Constance Wu) is an economics professor who was born in California and raised by a single mom. Her boyfriend, Nick (Henry Golding), is a history professor originally from Singapore. Nick is private about his family and upbringing, which leads Rachel to assume that he's from a poor background.

RELATED: 9 Millionaire and Billionaire Romance Books You Won’t Be Able to Resist

But when she travels to Singapore with Nick for a family wedding, she learns the shocking truth: His family isn't poor, they're rich. Crazy rich. In fact, Nick is practically royalty, and Rachel isn't prepared to stand toe-to-toe with the totally loaded, glamorous ladies of the Young clan. Nick is crazy for Rachel, but his family—particularly his mother, matriarch Eleanor Young (Michelle Yeoh)—is less-than-thrilled that the heir to the Young fortune is considering marrying a nobody.

Want more romance books? Sign up for the Early Bird Books newsletter and get the best daily ebook deals delivered straight to your inbox.

Nick must decide between the love of his life and his family, while Rachel must decide whether she can handle a lifetime as the wife of the most desired man in Singapore. Nick and Rachel's serious dilemmas are set against a fun, frothy backdrop of luxury and lush romance.

Given the comedic credentials of the cast—particularly star Constance Wu, who's gained critical acclaim for her role in the ABC comedy Fresh Off the Boat — Crazy Rich Asians stands to be a hilarious, heady mixture of romance and family drama. 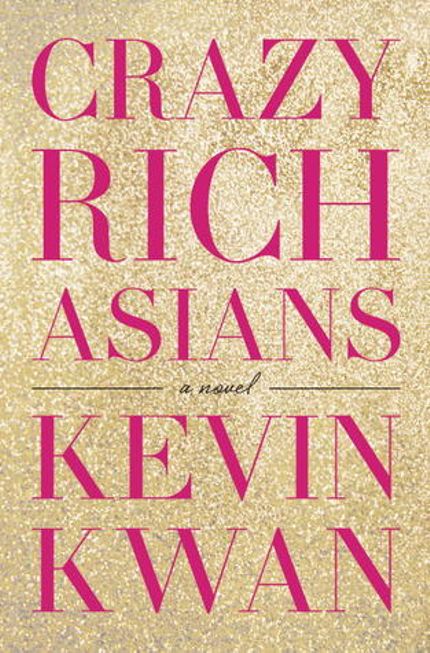 This story originally appeared on A Love So True.