It's a new year, and you might be asking yourself: "What should I add to my TBR pile?" These ten debut authors all have books coming out this year, and provide a great place to start when looking for your next engrossing read. From the story of a young woman who doesn't want to be found and the estranged mother who will stop at nothing until she discovers the truth to a historical fiction novel inspired by the life of famed photographer Lee Miller, there's something for everyone. Take a look at some of the books we're most excited to read in 2019.

Author Jessica Barry’s debut, Freefall, is a psychological novel that will suck you in. It tells the stories of Maggie and Allison Carpenter, mother and daughter, respectively. When Allison’s fiancé’s plane crashes in the Colorado Rockies, she somehow survives. But Allison, who’s harboring dark secrets, doesn’t want to be found. On the run, authorities presume she’s dead—which is what they tell her mother, Maggie. But Maggie isn’t so quick to give up on finding her estranged daughter. And as she delves deeper and deeper into Allison’s secret life, she discovers that she really didn’t know her at all. 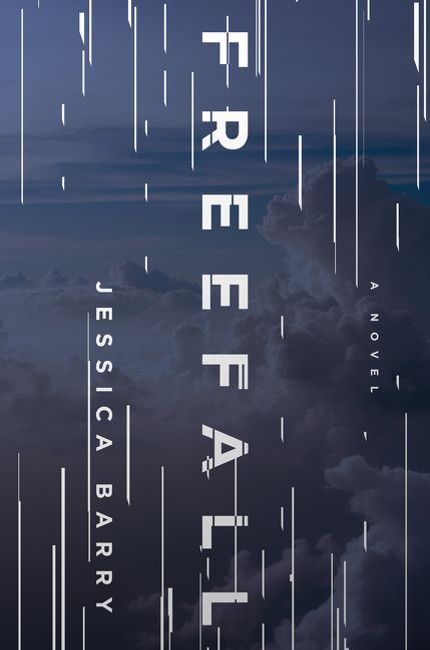 We Hope for Better Things

Erin Bartels doesn’t just have her first book coming out this year, but also her second! We Hope for Better Things was published this month, and The Words Between Us will be published in September. The former is a mystery novel, which follows Elizabeth Balsam—a reporter who discovers the secrets of the great aunt she never knew she had. Bartels takes readers on a journey through the past as Elizabeth visits her family’s old farmhouse in Detroit and unearths a series of mysterious items that reveal there’s more to the story than she thinks. 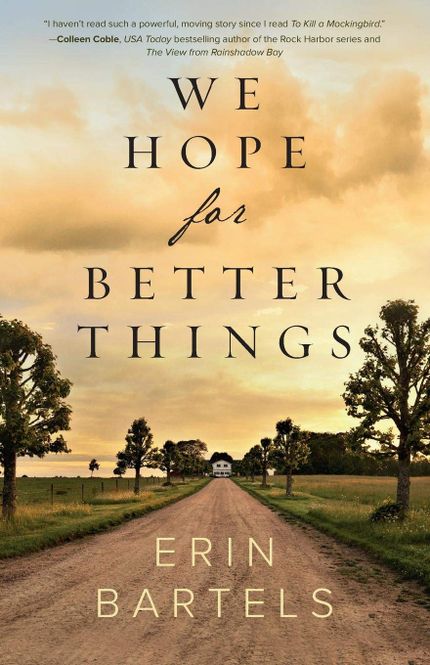 Debut author Megan Collins also teaches creative writing and is Managing Editor of 3Elements Review. In The Winter Sister, Sylvie returns home to care for her mother as she undergoes cancer treatment. Sixteen years ago, Sylvia’s sister Persephone was murdered. The case remains unsolved to this day. Sylvia has always believed Ben, the boyfriend Persephone was forbidden to see and who she was with the night she disappeared, murdered her sister. Now, with Ben working at the cancer center where her mother is being treated, Sylvia’s memories are flooding back. Can she uncover what really happened to Persephone all those years ago? And if she does…will she be able to accept it? 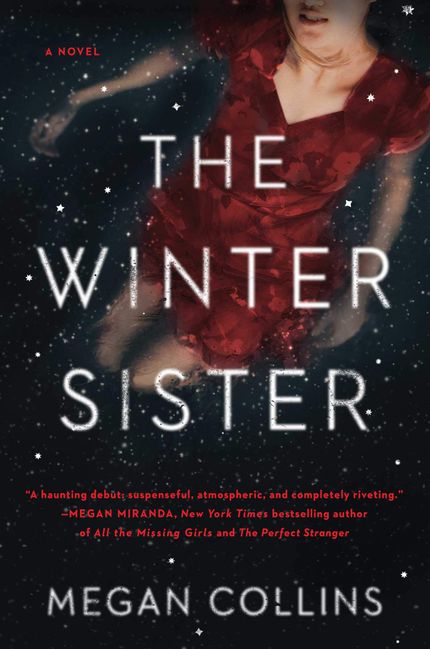 Katrin Schumann’s debut fiction book follows Katie Gregory—a 24-year-old woman who has just landed a job in New York City and has done her best to forget the terrible memories of her past. About a decade ago, Katie’s world came crashing down around her when her best friend accused her father of sexual assault. Though Katie has always clung to her father’s innocence, she returns to the lakeside cabin where it all happened…just as her father is being released from prison. There, the memories come flooding back, and she begins to question everything she thought she knew. 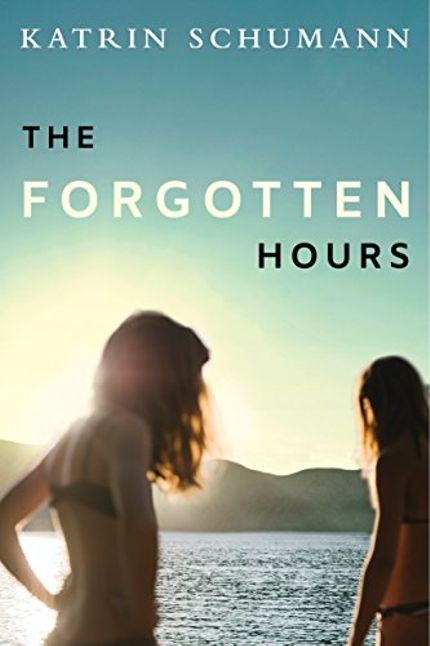 English author Karen Hamilton has always loved to travel, and worked for an airline until a few years ago when she decided to focus on her writing. The fruits of her labor have produced The Perfect Girlfriend, which is about a sociopathic flight attendant. Juliette became a flight attendant to be closer to her pilot boyfriend Nate. Well, ex-boyfriend…technically. But even though he broke up with her six months ago, Juliette believes he’ll soon see the error of his ways. This truly twisted love story will take you on a thrilling—and somewhat scary—ride. 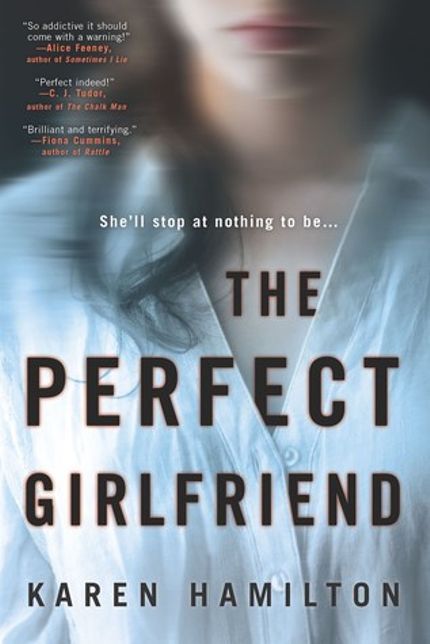 The Age of Light

Whitney Scharer’s stunning debut is a fictionalization of the relationship between real-life photographer Lee Miller and artist Man Ray. Set in the 1930s, Lee Miller arrives in Paris tired of being someone's muse. She catches the eye of Man Ray, and while he wants her to model for him, she convinces him to teach her how to work behind the camera. Taking Lee on as an assistant, the duo spends more and more time together—developing a passionate relationship. The novel spans through World War II, and both fans of Lee Miller and historical fiction in general will love this debut. 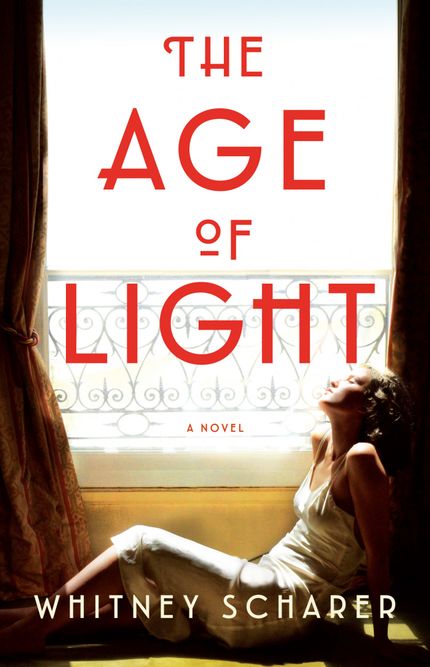 Here and Now and Then

Author Mike Chen may have a degree in engineering, but he's always been interested in creative writing. Putting two and two together, he's written this engrossing, emotional time traveling debut that encompasses both. In Here and Now and Then, Kin Stewart may seem like he's just an average family man...but that isn't the case. Kin is actually a time-traveling agent from 2142 who's been stuck in the past for 18 years. After a botched mission in the 1990s, Kin couldn't find a way back home, so he made a life in the suburbs of San Francisco—and now has a wife and teenage daughter. But when a rescue team arrives to bring him back home, he's uncertain of what to do. Though to Kin 18 years have passed, and he's forgotten most of his life in 2142, only weeks have gone by in the future...and there's a family there who's waiting for him. But when his daughter in the past's life becomes endangered, he might risk his own in order to save her. 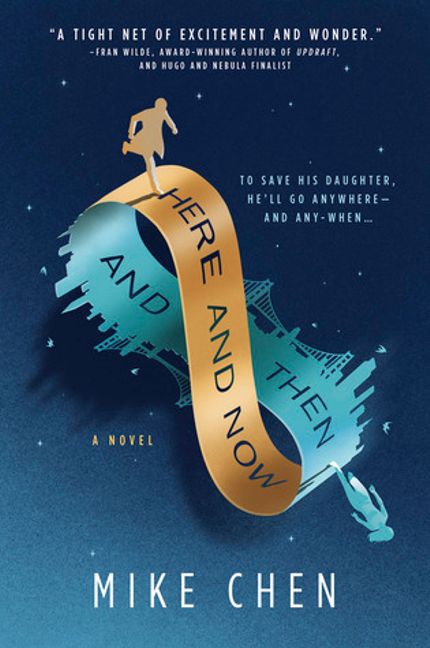 The Risk of Us

Rachel Howard's first fiction novel tells the story of a couple looking to foster, and eventually adopt, a child. The forty-something unnamed narrator desperately wants to become a mother, and chooses adoption as her path to doing so. When she and her husband meet 7-year-old Maresa, they're captivated by her charm. But over the course of their year fostering her, Maresa's outbursts cause a divide between the couple. And at the end of that year, they're left wondering if they're really able to be the parents she needs. 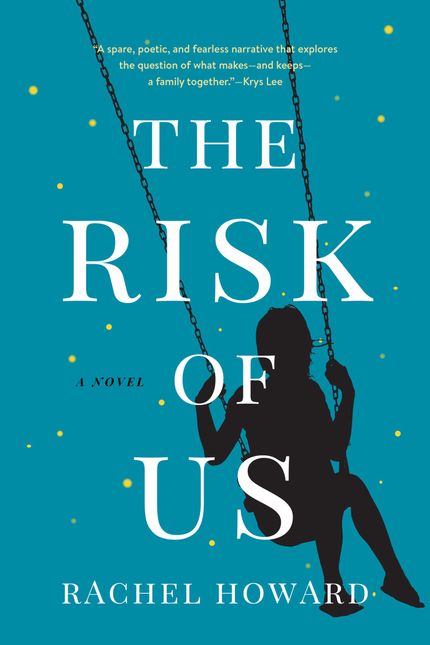 Martine Fournier Watson's short stories have been published in literary magazines before, but The Dream Peddler is her first novel. When traveling salesman Robert Owens arrives in town, no one could have predicted the impact he'd have on this small community. Robert sells dreams, and when Evie Dawson's young son goes missing the town needs him more than ever. Though Robert's dreams bring comfort, they also awaken deep-buried desires...desires that might lead to disaster. Told through many different points of view, this novel of magical realism is vivid, imaginative, and moving. 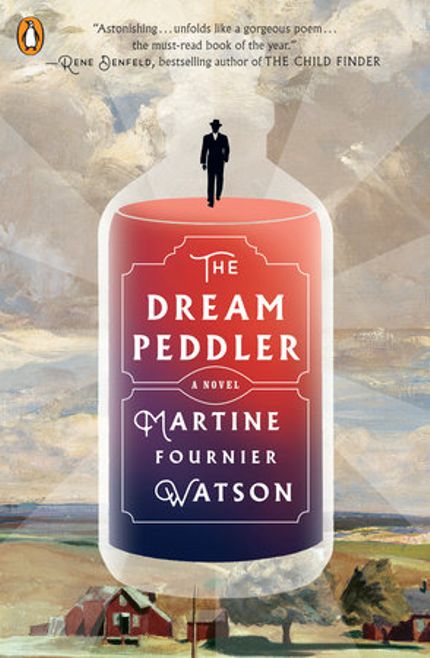 Karen Dukess' debut is set on Cape Cod during the summer of 1987. Eve Rosen is a 25-year-old aspiring writer, stuck in a job as a low-level assistant. But when the opportunity to attend a party at the Cape Cod home of famed New Yorker writer Henry Grey and his wife Tillie presents itself, she's ecstatic—this is her shot! She winds up landing a job as Grey's research assistant, all the while developing a crush on his son. But when Eve is invited to the Greys' exclusive "Book Party," in which guests dress as literary characters, she discovers the horrifying truth about the people and the industry she so desperately wishes to be apart of. 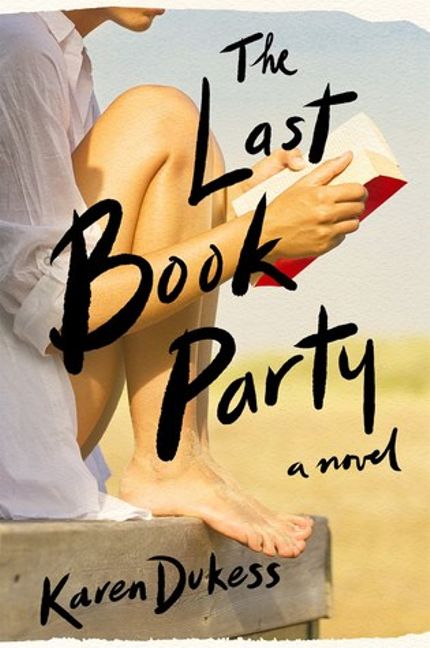