Sarah Meuleman’s debut novel, Find Me Gone, jumps between 1996 and 2014 to paint a devastating portrait of a woman confronted by her past.

Growing up in the sleepy hamlet of Bachte-Maria-Leerne, located in the Belgian countryside, Sophie and Hannah are best friends. In 1996, their country is thrown into a panic when several young girls go missing. The killer is eventually captured, but not all the girls return home. Though rampant panic was likely to ensue, the news has instead caused fascination and obsession rather than fear. That is, in everyone except Sophie.

Sophie has never felt safe. The only time she does is when she’s with Hannah. But things are starting to change. Suddenly, Hannah is hanging out at a club for teenagers and has a new boyfriend, Damien. Drifting apart, tragedy strikes when Sophie winds up missing after a high school dance…and is never to be seen again.

Jumping to 2014, Hannah now lives a fabulous life in New York City as a party reporter for a fashion magazine. But she’s grown tired with the glitz and emptiness that comes along with it—craving to write something of more substance. Quitting her job, she decides to pen a biography of three famous women who also famously disappeared: Agatha Christie, Barbara Follett, and Virginia Woolf. But during her research, she’s forced to confront the question she’s been asking herself for 18 years: What happened to Sophie?

At once a coming-of-age story and a psychological thriller, Vogue Amsterdam columnist Sarah Meuleman’s stunning debut will hook you. Seamlessly weaving together the stories of Agatha, Barbara, Virginia, Hannah of the present, and Hannah and Sophie of the past, Meuleman brings the novel to a startling conclusion with a twist you won’t see coming. 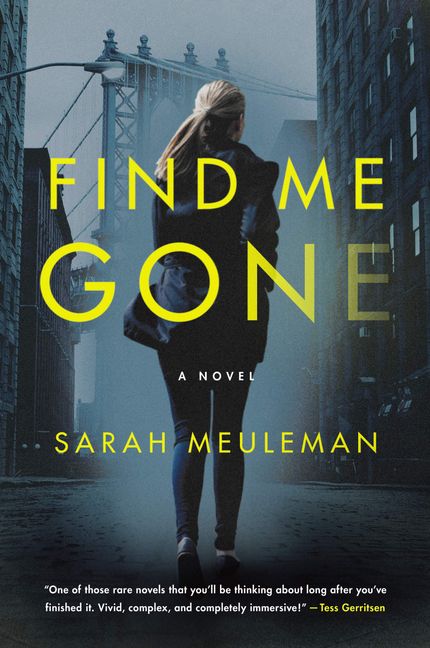