When Books Aren’t Enough: How a Teacher Tries to Make Sense of School Shootings

In the wake of the Parkland shooting, a creative writing instructor reflects on the very real fear that bullets have replaced books.

The Florida legislature is debating measures to protect schools from suffering the tragedy that a Parkland school faced last month. Both sides of the aisle have made a number of sensible and controversial proposals on how to properly address the issue of gun violence, school safety, and whether or not we are in a crisis of our own making. BookTrib Contributor Rachel Carter is also an educator who has firsthand knowledge and perspective about what is now our children’s biggest fear: bullets replacing books. Here, Rachel writes about her and her students' concerns, and how—even with so many books offering advice on how to talk about tragedy, grief, and death with kids—there isn’t a book that can explain why we are having to search for these books again, and again, and again.

The 1999 school shooting at Columbine happened when I was fifteen-years-old. I remember not sleeping for days afterwards, obsessed with the thought of a trench-coat wearing gunman bursting into my high school at random. Because that’s what it felt like back then: random. We talked about it like we would a hurricane or an earthquake. Sad, tragic, but ultimately a fluke of nature. How could anyone do this? we thought, while assuming that it would never happen again.

But it did happen again. And then again. And again. And again. And now here we are, three weeks after yet another school shooting, where 17 people died this time, and that word, random, feels hopelessly naïve. We can no longer talk about shootings in schools as a fluke. Now, it almost feels inevitable. It’s the moment that every teacher prays will never happen, even as we mentally catalog how many desks it would take to barricade the door. How high the window is from the ground floor. If they lock or not. If they open or not. Would we have time to break the glass and get our students to safety? Would the noise draw the gunman to our classroom? Is the two-story jump worth risking? What if there’s another shooter outside? What if we hear them outside in the hallway? What if we lock the door, but another student needs to get in? What if we don’t know who we can trust?

Since Parkland, I’ve been trying to make sense of what it means to be a teacher when, at any moment, you might need to defend yourself and your students from a shooter. I’m a part time creative writing instructor at a college where I work five days a week. For at least three hours most days, I sit in different classrooms. I spend even more hours in my ‘office,’ a big open room filled with cubicles. I’ve had no training for what to do if a shooter shows up. My sister, an elementary school teacher, tells me that I’m supposed to tape a black piece of paper over the windows. But I don’t even have a desk. Or a closet of supplies. Most of my classes are on the third floor. Some of my classroom doors don’t lock, and they’re all covered in windows. I’ve started to carry some paper with me, as well as tape. But really, what would it even do?

The morning of February 15th, the day after the shooting in Florida, I gave my students Jo Ann Beard’s haunting essay, “The Fourth State of Matter,” to read for homework. We had just started a unit on creative nonfiction, so the assignment fit. But more than that, I felt like I needed to acknowledge it in the classroom, to provide my students with a safe place to talk about their fears, their concerns. I wanted them to read about Beard’s experience with a shooting at the University of Iowa in 1991 and be angry that we’re still having the same conversations. I wanted them to be moved.

But when they came in the next day, they mostly wanted to talk about Beard’s dog. “The dog broke my heart,” one of them said. “He was just so sad.”

In the essay, Beard’s dog is slowly dying. She spends hours washing its bedding and taking it outside at all hours of the night. Beard uses the dog and her chaotic home life as a way to show a life on the verge of falling apart – before it truly does fall apart. At least, this was what we talked about that day in class. We also talked about the way Beard steps outside of herself in order to imagine the specific events of the shooting. One of my students didn’t like this technique. “It’s lying,” she said. “She wasn’t even really there.”

It was a good conversation about art, about narrative, about craft. I still left feeling disappointed. I considered giving them a different essay, a different book. This Is Where It Ends came to mind, Marieke Nijkamp’s tightly paced 2016 young adult novel about a school shooting that takes place in the span of fifty-four harrowing minutes. But what was I hoping to gain from it? What’s the conversation I actually wanted to have? 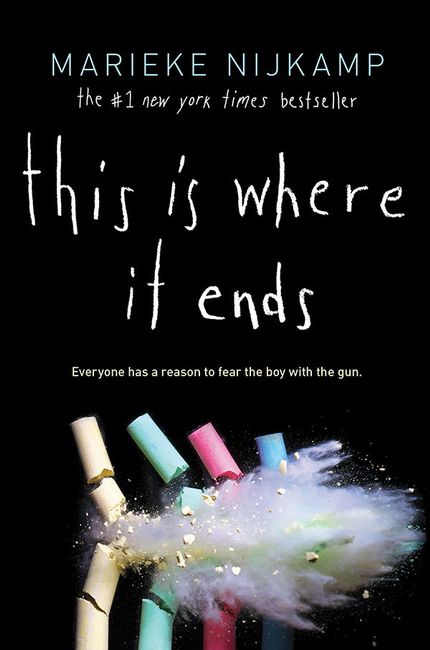 I turn to my colleagues and friends for answers. How are you talking to your students about shootings? I ask. “We talk about how to barricade the doors,” one tells me. “We’re debating gun control,” another says. “I tell them there are skunks in the halls and we have to stay completely silent or they’ll spray us,” my sister – the first grade teacher – offers. It makes me smile despite everything, but not what she says next: “I never thought I’d have to decide that I was ready to take a bullet for one of my kids.”

Otherwise, I get few responses. Most people are more than ready to talk about their practical plan in the event of, but few have tried to tackle the fear and the anger it brings up. No one can recommend a book or an article that has helped spark discussion in a classroom, even though so many of them exist out there. So I ask my students what conversations they’re having in other classes. “Not many,” is the resounding answer. “Maybe if we were in more political courses?” one of them suggests. I notice that half of the room has glazed over. It’s not that they don’t care: the minute I ask them a more concrete question – Why do you think this happens in the first place? – the conversation is off and rolling. But it’s still not the one I wanted to have.

As a writing teacher, it’s my job to teach my students how to write. I also teach them how to make sense of the world around them. How to filter what they see and feel and turn it into stories. Which is why I keep searching for that key, that one essay, that one book, that will help us all understand why senseless violence happens, and how to cope with the fact that it could easily happen to any one of us. That just by sitting in that classroom, we are potential targets. That if it does happen, black paper over the windows probably won’t keep us safe. But there’s no perfect essay. There’s no perfect book. Not this time.

When I asked my students what they would do in the event of a school shooting, they all had a plan. “We’d lock the door, then push the desks against it. We’d all hide in this corner where you can’t see us from the windows.” They’re all in their late teens and they grew up in a post-Columbine world. For them, high school meant lockdown drills. I wonder if they don’t want to talk about it anymore because they’re just too tired of talking. Like the student activists emerging out of the Parkland shooting, they want change. They don’t need to read a sad essay to understand what they could potentially face: they’ve been watching the news all their lives. They’ve seen the footage of kids streaming out of yet another school, their hands crossed over their heads, their shirts bloody. My students have stacked their desks, they’ve hidden in the dark, not knowing if it was a drill or if one of their classmates had finally snapped. They know. So of course they’d rather talk about the dog and his bedding than the vague concept of tragedy.

“What would you do if there was a school shooting?” one of them asked me. I hesitated. I thought about showing them my black paper. I thought about saying I’d be willing to take a bullet for them, even if I’m not sure I would. I wanted to hand them that book that doesn’t exist, the one that will answer all of these hard and complicated questions. But I can’t, because it doesn’t exist. So instead I told them the easiest truth I could: I hope I never have to find out.

Because we cannot solve a problem we don’t understand, here are some additional resources for parents, teachers, policymakers and other professionals: 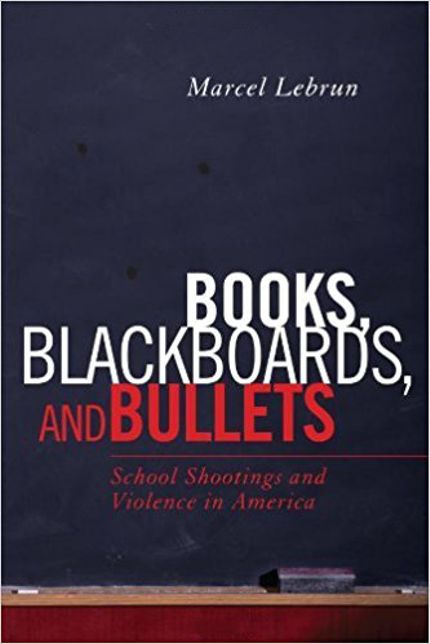 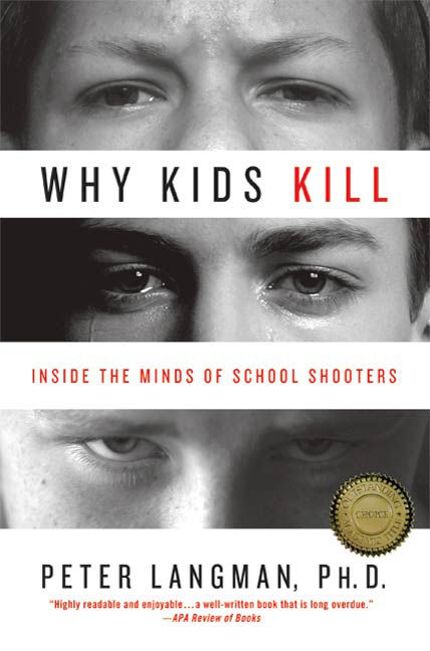 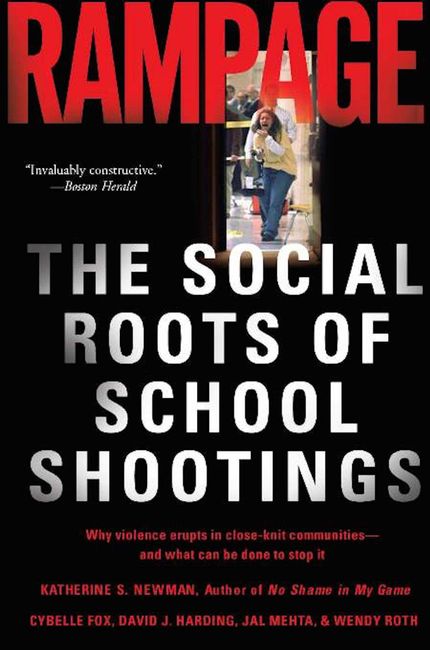 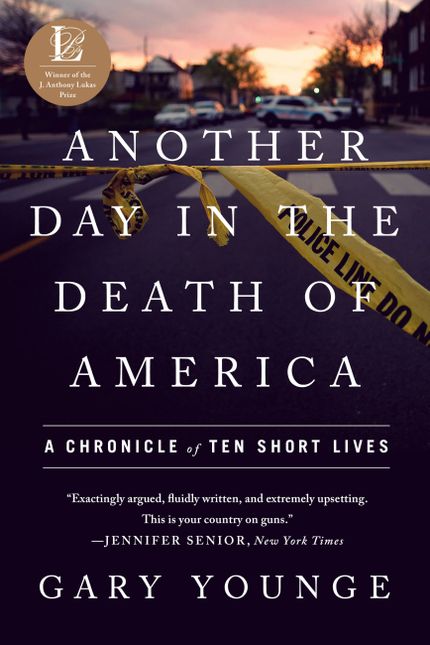