How To Sir, With Love Author E.R. Braithwaite Triumphed Over the Racist Apartheid Government

We remember the late author with an excerpt of his courageous memoir, Honorary White.

Best known for his autobiographical novel To Sir, With Love, Braithwaite was also a social worker, a UN ambassador, and a professor with a doctorate in Physics. Throughout it all, he fought not only for a place at the table in a hostile world, but advocated for the social advancement of people of color across the globe.

This advocacy, as well as the content of his books, led his books (and the famous film adaptation of To Sir, With Love starring Sidney Poitier) to be banned in apartheid South Africa. That came as no surprise. But in 1973, the South African government unexpectedly lifted the ban on both the books and their author. So Edward Ricardo Braithwaite tentatively applied for a visa. It was granted, along with the status of “Honorary White,” which would allow him many of the rights of a white South African. He eventually accepted, and wrote his moving and unique memoir of life as a black man visiting South Africa: Honorary White.

On his visit, Braithwaite encountered poverty, suspicion, a lot of racism as he confronted the men who’d banned his books (“As we watched that film at a private showing, we were all irritated by the sight of that black teacher being so right all the time.”), was feted as a visiting artist but watched by the police, and rode in black–only train cars to squalid slums for non-whites.

In the excerpt below, Braithwaite is invited to an exclusive Afrikaner club for wealthy businessmen who approve of apartheid policies against the black, primarily Zulu, population. 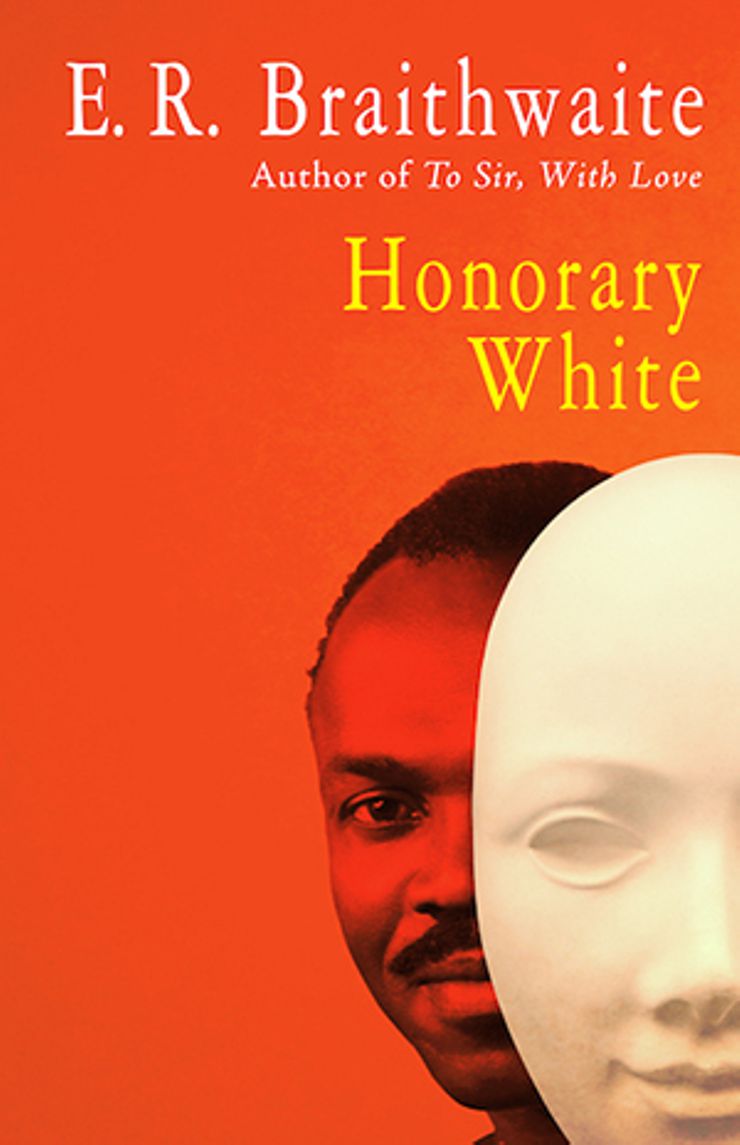 Now here were these men, most of whom had in their time been bathed and comforted by black women, casually defending their inhuman policies with the spurious claim of “good relationships.” Spurious? They were completely sincere and convinced of their righteousness.

After lunch, I was formally introduced to the group and invited to address them. On the spur of the moment I decided to talk on the economics of waste, deliberately choosing that neutral approach to tease them out of their shells, to let them feel comfortable with the Honorary White and open up so that I might learn about them. I said that I had been impressed by Johannesburg and its flourishing suburbs, but sickened by the wide evidence of the exclusion of Blacks from the essential life of the community. Blacks were everywhere, cleaning, serving, providing an inescapably solid base to the community’s economic life, but resentfully, unwillingly, because they were denied the right to exercise their imaginative potential. I asked them to explain how a community could ever reach its full growth if the greater part of its people were restricted to minimal contribution. As I saw it the result was waste on an unbelievable scale, shrouded behind the absurdities of discrimination.

They listened in silence but when I sat down they defended themselves vociferously. They insisted that the Blacks of South Africa are better off economically than Blacks in any other part of Africa. They told me that though there was job reservation which favored Whites, the law required every man to be paid the rate for the job, and that those employers guilty of evading that law were invariably foreign firms, particularly American.

They insisted that I had not been in the country long enough to see and understand the complexities of the labor structure in general, nor the conditions affecting the black role in particular. Very few Blacks, they claimed, were capable of other than menial employment. South African Blacks had changed little from their original primitive state and were, for the most part, still happier living in the rural Homelands in their traditional way. On the other hand, the grim conditions in which the black workers lived were not really intolerable to them, being an improvement on what they knew in their familiar rural living. It was Communists and outside agitators who stirred them up and tried to make them dissatisfied with their lot. Rural Blacks were discouraged from taking their families with them to the urban centers only because that would have meant too great a dislocation, in addition to the aggravated problems of housing, feeding, and educating their children. On and on. The old familiar clichés, but trotted out with the utmost sincerity. As I listened it was difficult for me to keep my mounting irritation under control. I am as black as the men and women they were talking about.

But I was a stranger. I would be here today and gone tomorrow. I needed nothing from them, so they could afford to be generous with their time and their rhetoric. Perhaps they expected me to be flattered by being among them, treated as an equal by them. Nudged by the irritation which would not subside I said, “I understand you’ve broken the ‘Afrikaner Only’ rule in this club and admitted Englishmen. That tells me you’re getting around to forgiving and forgetting what Kitchener and his redcoats did during the Boer War.” There was silence for a few moments, not even the tinkle of ice in a glass. Then someone said:

“We’ve come a long way since those days. Language aside, we’re all South Africans here.”

“That’s what I was thinking,” I said. “Maybe the same spirit will foster a similarly reasonable attitude to the Zulu Wars and the descendants of those who fought in them.”

“Here am I,” I went on, “sitting with you. I have no way of knowing where my ancestors came from. History suggests that nowhere in Africa was secure from the slaver’s nets.”

They were watching me, most faces wearing that pained half-smile which was as much as courtesy demanded.

“I’m anticipating the day when Blacks might be admitted to membership of your club. After all, one ex-enemy is as good as another. You could always designate them Honorary White.”

My little quip fell flat. Even the half-smiles had vanished.

Want more books? Sign up for the Early Bird Books newsletter, and get recommended reads and ebook deals delivered straight to your inbox.