Brilliant and Twisted: Emily Elgar's Debut If You Knew Her is a Thriller You Won't Forget

Fans of Cate Holahan’s Lies She Told,  will love the debut by Emily Elgar, If You Knew Her— a psychological suspense centered on the meeting of three strangers unexpectedly brought together after a hit-and-run. What follows is a gripping chain of events that will keep readers in suspense to the very end.

Cassie Jensen, young, beautiful and devoted wife, is brought into the hospital in the early morning, after being hit by a car in a terrible accident. Barely alive and in critical condition, she is tended to by Chief Nurse Alice Marlowe, who swears she recognizes Cassie. When news emerges that Cassie is, against all odds, twelve weeks pregnant, Alice starts her own investigation into what happened. But Alice isn’t alone in her fascination with Cassie: Frank Ashcroft, a patient of Alice’s has also taken an interest. While his doctors think he’s comatose, he has locked-in syndrome, awake and able to hear everything around him, but unable to communicate at all. As Alice’s investigation continues, the only thing clear is that Cassie’s life isn’t nearly as picture-perfect as her family says it is. Trapped in his own mind, Frank has a warning to give Alice— that Cassie isn’t safe, and she’s running out of time.

Emily Elgar brings these three characters together in an unlikely manner, creating a psychological thriller that is every bit as good as many of her peers in the thriller writing genre. Examining the lines where the perfect life and the perfect lie begins to blur, the final twist will leave you reeling— and anxiously awaiting Elgar’s next book.

If You Knew Her will be available on January 23rd, 2018. Pre-order a copy today! 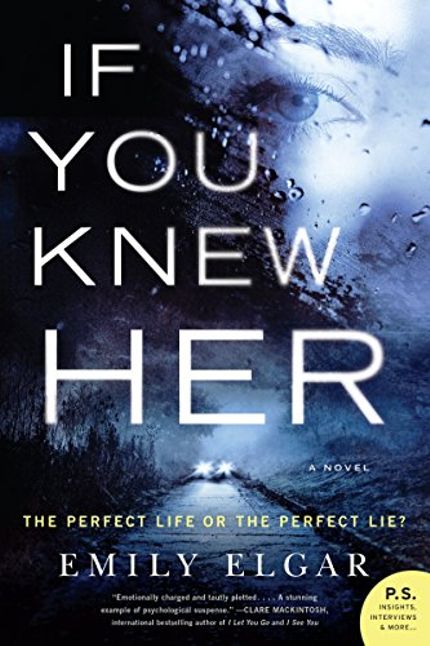 Looking for more psychological thrillers? Sign up for the Early Bird Books newsletter and get the best daily ebook deals delivered straight to your inbox.