The author of Wingman series shares the books that have most inspired him.

It’s unusual that I make my living writing aviation-based military thrillers like Wingman because I hate to fly. Even stranger, after jotting down this list I realized three of these five books are distinctly anti-war or, more accurately, make the point that war isn’t just plainly stupid but actually quite psychotic. Still, writing military thrillers provides a cool dynamic: lots of action, adventure, intrigue, sexy weapons, fast airplanes. There’s plenty of all that in Battle for America, as well as in the seventeen previous Wingman novels. It’s what I’ve done for at least the past twenty years. But along the way, the books below shaped the way I do it.

Do you love reading ebooks? Sign up for Early Bird Books! You’ll receive offers for free and discounted ebooks, delivered daily to your inbox. 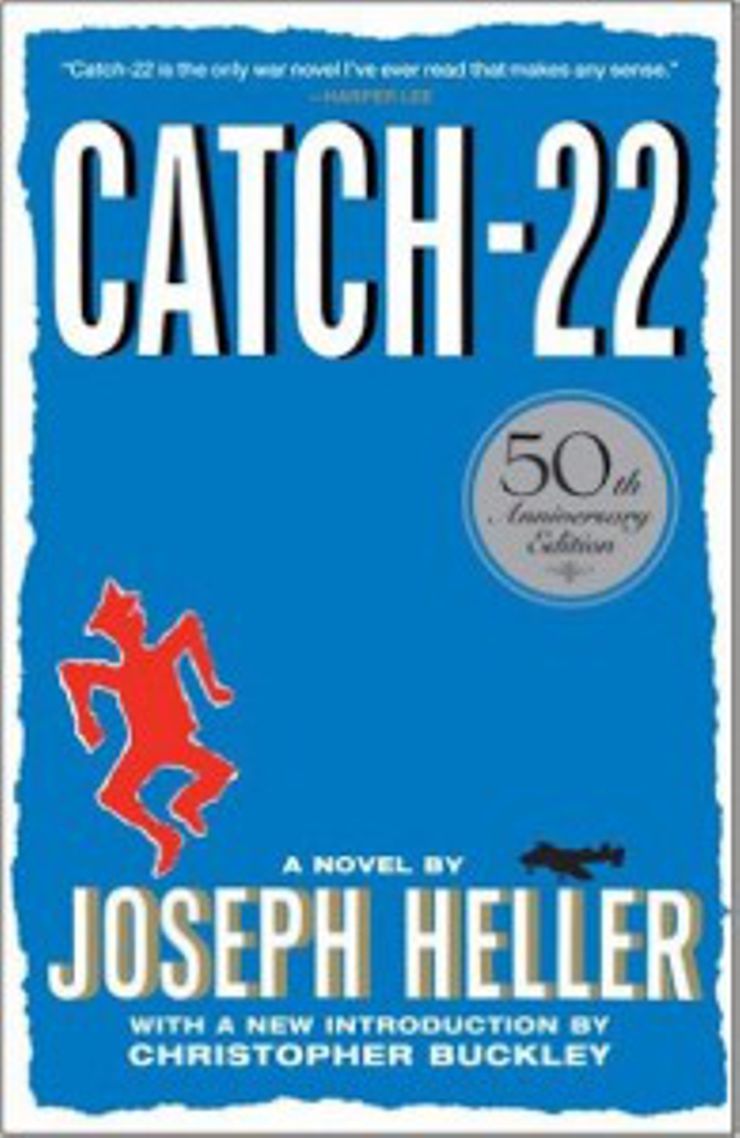 I thought I was buying M.A.S.H. at the time and picked this up by mistake. It was the late 60s and, just out of high school, it was my first real “adult” book. I remember thinking about half way through: “Am I going crazy?” That’s the effect Joseph Heller’s writing had on me and it stayed with me through writing each Wingman adventure. Even before entering college I knew the idea that all wars are absurd was just the tip of it. I had a small city government job at the time and I started to notice all these similar things happening right in my office. One boss would tell you to do something; another boss would tell you to do something completely opposite, while at the same time reminding you that your sole role was to please the first boss. I remember saying to a co-worker, “This place is a real Catch-22.” He’d never heard the term, so I gave him the book. 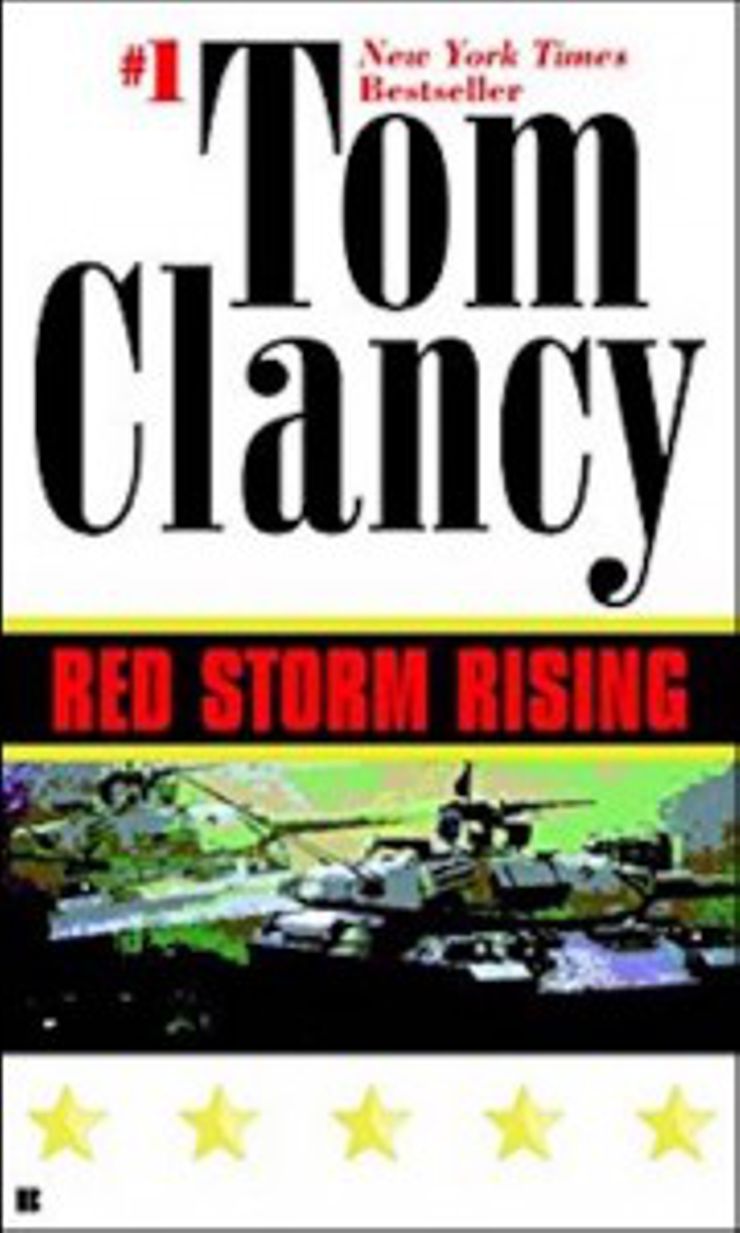 This is the first book I read by the man I consider my literary Don Corleone: Tom Clancy. There’s so much going on, and so many characters, you almost need a scorecard. But I agree with those who say this was the first real techno-thriller. You’re always asking, what could possibly happen next? So you just have to turn the page. I’ve tried to create something at least close to that in every Wingman book. Just the idea of the Russians invading Iceland, and the way Clancy has them do it, always seemed very cool to me. Looking back on it, he talks about Stealth, manipulating spy satellites, hacking communications, on and on—things we take for granted today. But the book was published in 1986, so you have to think: How did he know all that stuff back then? 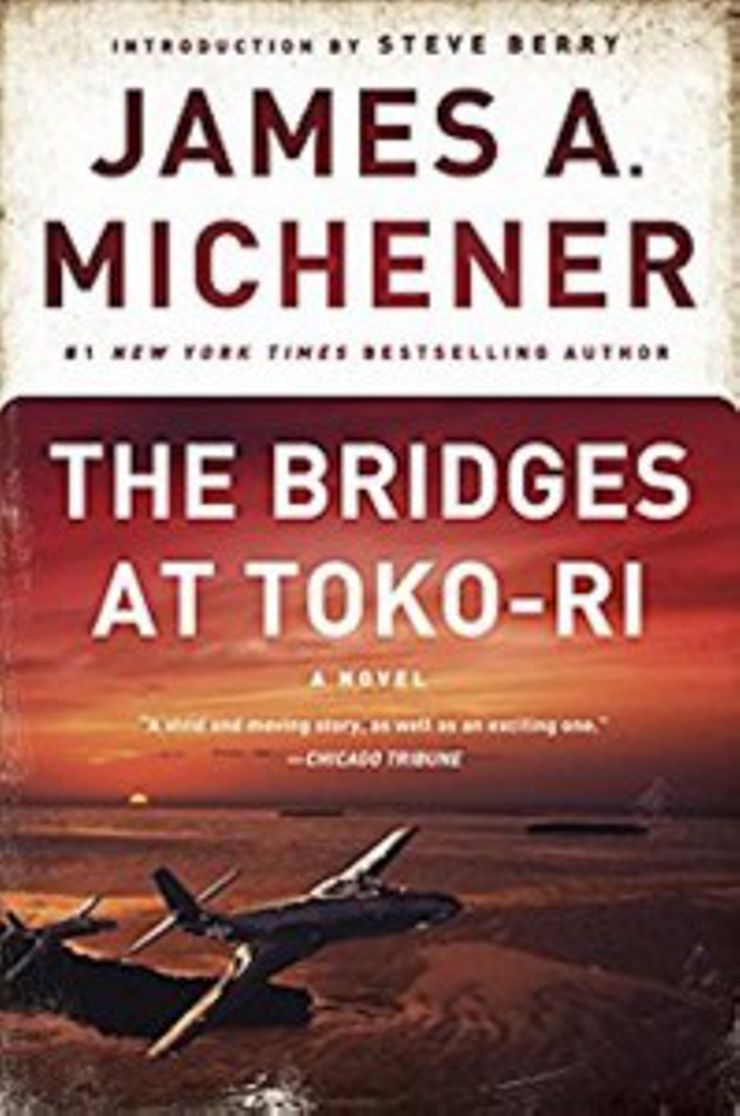 3. The Bridges at Toko-Ri, by James A. Michener

Full disclosure, I saw the movie years before I got the book, and all things considered, the movie is pretty good. I didn’t realize until years later that James Michener had written it. Though it came out in 1953, his description of jet fighters being launched and recovered by an aircraft carrier in a war zone isn’t much different from how carriers operate today. Finely tuned chaos, whether it be calm and sunny or during a blizzard at night. This is one reason aircraft carriers appear in so many Wingman books, including #18. Michener also talks about the absurdity of war, but he puts a fine line on it when he has his tyrannical admiral admit that brave men always seem to be fighting the wrong wars. It’s a no-brainer to be patriotic when the threat is Nazi Germany. But is one man’s life worth knocking out a bridge in North Korea, a place that, in 1953 at least, few people could find on a map? And if so, where do you draw the line? 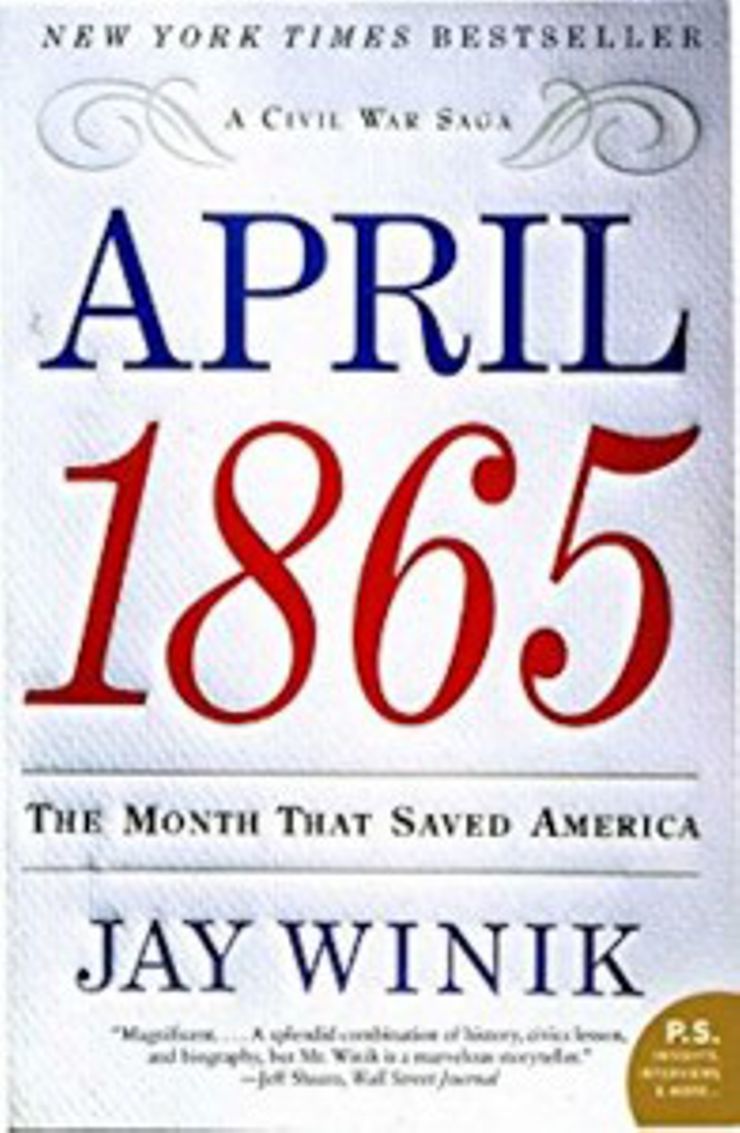 This is a non-fiction book that reads like a military thriller. The number of key events that happened in the United States in April of 1865 is just astonishing, the end of the Civil War and Lincoln’s murder being just two of them. The author, Jay Winik, makes a good point that wars, and especially civil wars, that seem destined to drag on forever can sometimes come to unexpectedly swift conclusions, but only if a number of things “go right.” Had just a few of the events explained in April 1865 not happened, then the Civil War might have morphed into a guerilla war that, like similar conflicts in South America and other parts of the world, could have lasted for decades. The actions of Robert E. Lee in the days and weeks following Appomattox border on saintly. But above all that, I was left with the impression that in Lincoln’s incredible generosity towards the soldiers of the Confederacy, basically letting them go home as if nothing had happened, he might have, in ways he could never have imagined, led to some of the problems we still have today. 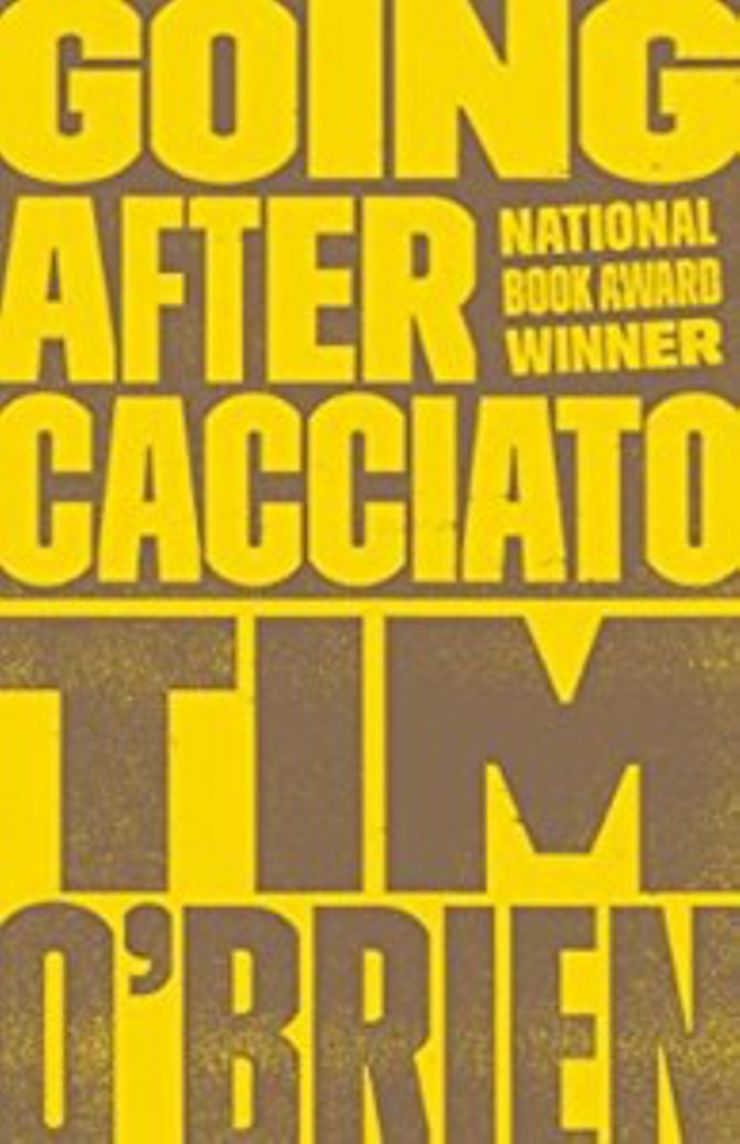 1. Going After Cacciato, by Tim O’Brien

This is the book that really started me thinking seriously about writing books. A friend gave it to me when I was at Emerson College and I remember thinking at the time that it was just another personal account of the Vietnam War and I put it aside. Only when I picked it up again did I realize it was a Vietnam novel. It too is written on several levels, but to me, they all lead to the same conclusion. As in Catch-22 and Bridges at Toko-Ri, war is simply nuts and, if given the chance, most sane people would choose not to participate in one, whether it be by day-dreaming their duty away or actually going AWOL. Cacciato goes AWOL—and the other men in his squad are ordered to go after him and bring him back at all costs. So they follow him, on foot, all the way to Paris. It sounds crazy, and it is, but it’s just overflowing with ideas and strangeness. No book has had the same impact on me as this one.