Whether she's solving crimes on the screen or on the page, this spunky sleuth is breaking the mold.

When you think of some of your favorite characters in novels, who do you think of? A strong, bulky male character who guides the entire story in a positive direction, or fights for the rights of many? Often times, readers find that female characters sometimes hide in the shadows, sometimes going undiscovered and not getting the credit that they deserve. However, Miss Fisher sets apart the hidden female role that becomes prevalent in many stories—breaking the mold from Katniss, Black Widow, and other kickass females.

Miss Fisher, from the Phryne Fisher Mysteries novels by Kerry Greenwood and the Australian show Miss Fisher’s Murder Mysteries, is a 21st Century woman living in 1920s Australia. She loves everything fashion, lipstick, and attractive men. Actually, one of the biggest reasons why I love Phryne is her fabulous vintage clothing! I mean, just look at them!

She also enjoys solving murder mysteries, flying planes, speaking multiple languages, and wielding a pocket-sized gold gun. I mean, how much cooler can this woman get? Miss Fisher is strong in the way that she knows what she wants and she goes for it, accepts everyone for who they are, doesn’t apologize for who she is, and uses the fact that she is a woman to her advantage! I mean, can we hire this woman to be our life coach, please?

I’m sure that we could all fill books with the names of female characters whose only feminine aspect is their cleavage. Sure, they’re usually tough as nails and look great in their short-shorts while playing sports “with the boys” or beating up bad guys in their skin-tight black suit. There’s nothing wrong with that, but try to relate that to a real-life woman and you fall short. There seems to be a negative stigma associated with associating female characters to more “femininity.” For instance, I used to love the Maximum Ride novels; however, I was unable to relate to Max because unlike me, she hated wearing dresses and doing anything girly. Thus began my long journey to find an awesome female role that I could relate to, which I found in Miss Fisher.

The show and books support and recognize complex characters that are both male and female, but instead of taking a backseat to her story, or even shotgun, Miss Fisher is the driving force in her novel and TV show – and quite literally as she sometimes recklessly drives her classy Hispano-Suiza. Kerry Greenwood, when creating the character, wanted to make a female character that was as free as a male character, like James Bond. What’s awesome about that is that Greenwood did exactly that while still keeping Miss Fisher an elegant, fiery and undoubtedly feminine character.

So make a cup of tea and order Cocaine Blues, the first novel in the Miss Fisher's series, or watch the first episode of Miss Fisher's Murder Mysteries now on Netflix (hopefully while still drinking tea). Or do both—it's your choice! 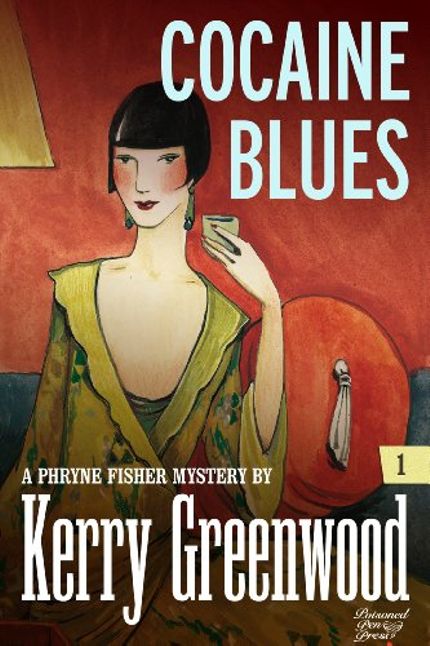