My True Romance Behind “Trail of Secrets” by Eileen Goudge

Eileen Goudge takes us behind her writing of Trail of Secrets!

Our December Retro Readers are reading the contemporary romance classic Trail of Secrets by Eileen Goudge! Ellie Nightingale is a psychologist who is still haunted by her baby’s kidnapping 23 years ago. In the 1970s, a former equestrienne’s crumbling life is saved when her husband brings home an abandoned infant they can claim as their baby. Skyler Sutton is their child: a champion equestrienne from wealthy Connecticut who has it all, until she ends up pregnant. Her boyfriend, however, knows a therapist who wants a baby more than anything in the world …

You can follow this month’s discussion of Trail of Secrets here.  Today, however, author Eileen Goudge takes us behind her writing of Trail of Secrets, including having a mounted cop at her disposal! Sounds like the sexy start of a great romance novel…

It was one of those lucky breaks.

I was doing research for a novel, the hero of which was an NYC mounted policeman, so I called the commanding officer, Deputy Inspector Kathy Ryan. I’ve always believed if you ask for the moon you might get what you need. So I asked the impossible: Could I be a fly on the wall so as to accurately capture the daily life of a mounted cop? Amazingly, she not only said yes, she assigned me my very own cop. 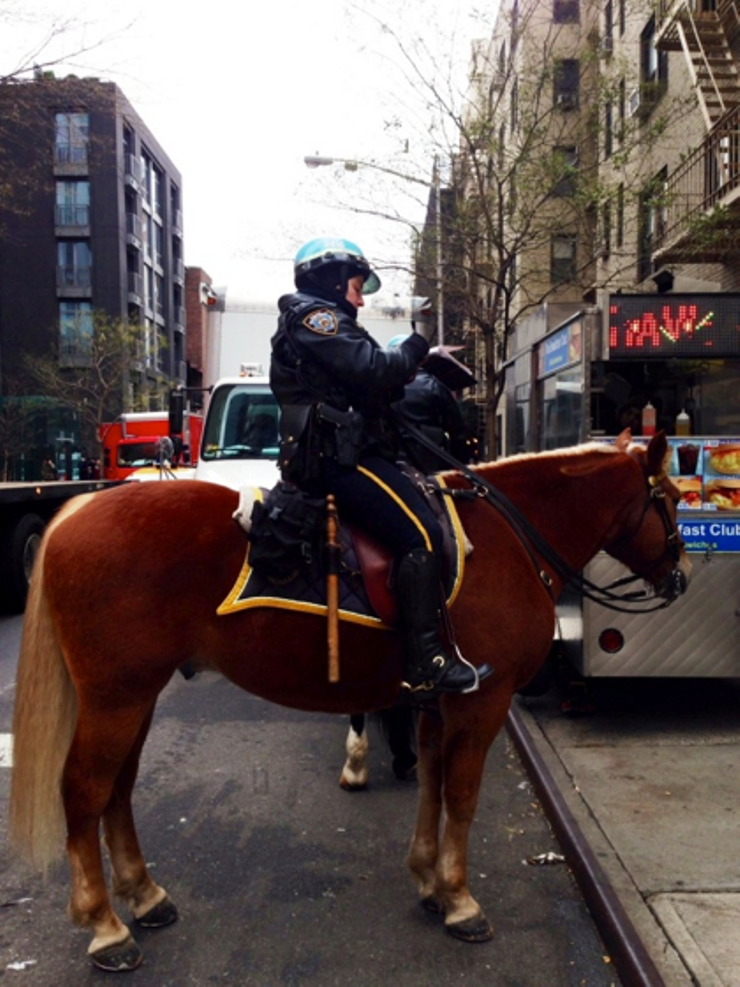 Enter Officer Tom. My personal detail. He was to be at my disposal night and day, to answer questions, show me around, whatever. I was having visions of Whitney Houston in The Bodyguard, minus the stalker. Officer Tom could easily have been cast in the Kevin Costner role. He was handsome, brave, and cut a fine figure on horseback. I was newly single and hot to trot. Literally. As an amateur horsewoman, I was itching to climb in the saddle. Officer Tom said that could be arranged. 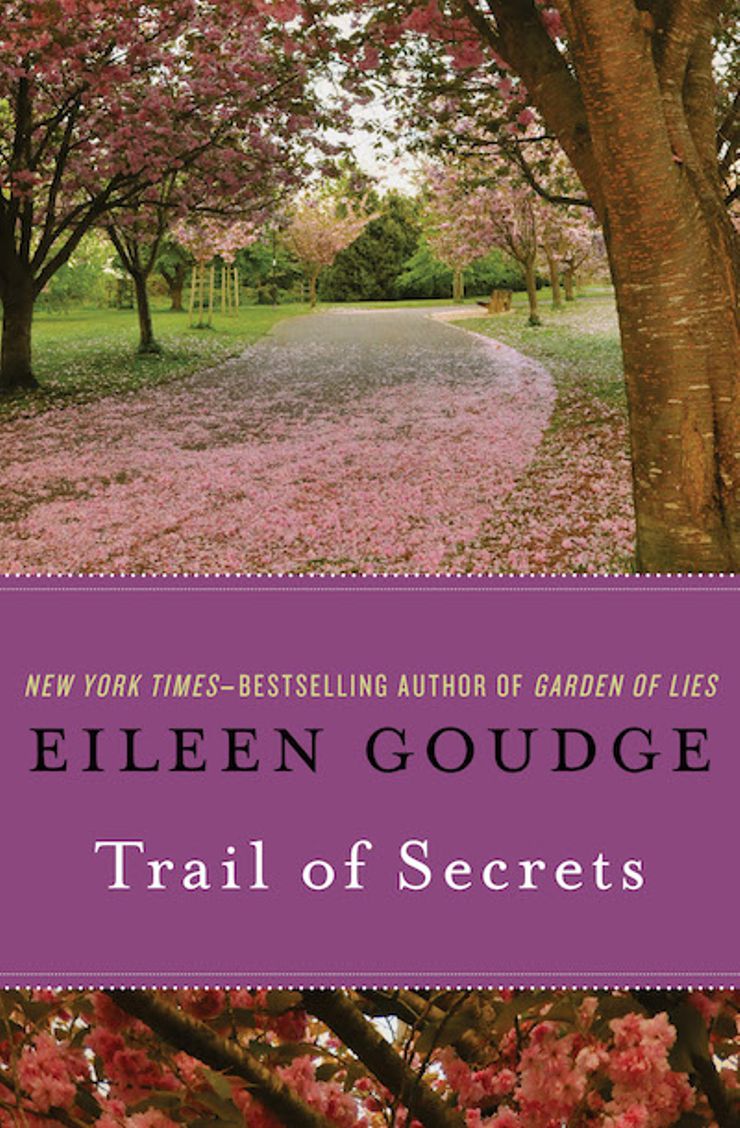 He was helpful in so many ways. He answered all of my questions and provided crucial background. He gave me his phone number so I could call on his off-duty hours if I had questions. Over time, we struck up a friendship as my novel, Trail of Secrets—and fictional cop, Tony Salvatore—took shape. I paid several visits to Troop B headquarters. On one occasion things got steamy—once again, literally—when I happened to arrive during a shift change. Men from the outgoing shift were emerging from the locker room amid clouds of steam, some naked from the waist up. And let me tell you, those guys are built. It was a “bodice ripper” romance come to life.

Officer Tom suggested I learn to shoot if I was going to write about cops. He took me to the police firing range, where he let me use his off-duty revolver, a .38 Smith and Wesson. Turned out I was a pretty good shot. I nailed that paper silhouette, 10 slugs right in the heart. I also learned it’s harder than it looks on TV. The recoil on a .38 packs a punch. My hand was sore for days afterwards. I still have that paper silhouette full of holes, proof of my excellent hand-eye coordination and dedication to … ahem, research.

Okay, I confess it was fun. I’m not a gun person. I don’t own gun. I will vote for gun-control legislation every time. But target practice brought out my inner Annie Oakley. It also tapped into the primitive part of my brain that says there’s something sexy about a man with a gun. When he’s on the right side of the law, that is. (I think I watched too many Westerns growing up). Needless to say, I didn’t hesitate when Officer Tom asked me out on a date. Newly single, I jumped on it. 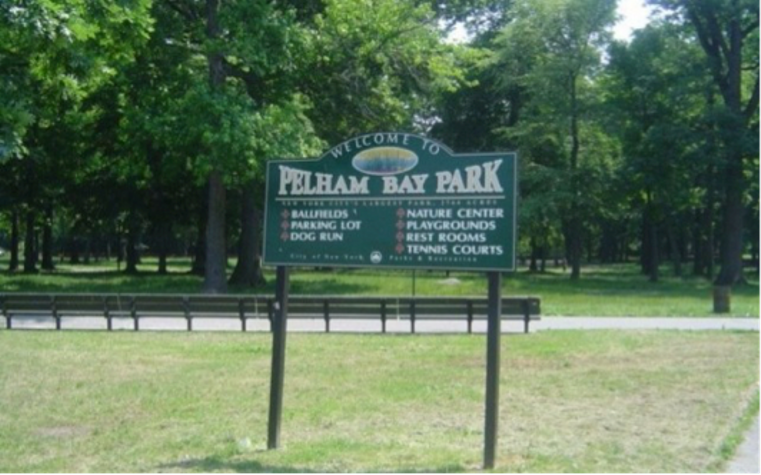 He also took me riding on patrol with him. I would’ve liked for it to have been on city streets, but I’m pretty sure that’s against regulation. Anyway, Pelham Park in the Bronx was close enough. The horse was very well-trained, I recall. The horses used by the Mounted Unit have to be “bomb proof” to make the grade. If one should spook at a loud noise or sudden movement, it could prove deadly. These animals are as skilled at their jobs as their police handlers. It was a pleasure and honor to ride one.

The romance with me and Officer Tom was short-lived. Soon after we started dating, I met the man I would later marry. Officer Tom took his 20 and retired to Texas. We remained friendly and when Trail of Secrets was published, I sent him a copy. I describe him in the acknowledgments as “an officer and a gentleman.” He was thrilled. Our story had a happy ending.

But it wasn’t over yet. The book launch party for Trail of Secrets, at the Corner Bookstore on Madison Avenue, boasted a pair of NYC mounted Cops on horseback at the entrance, courtesy of DI Ryan. Like Cinderella’s coachmen, it was only for that brief, shining moment in time. But, oh, what a moment.

Download Trail of Secrets on Amazon, Barnes & Noble, and iTunes.