Sacramental Horror: Scaring the Hell out of People for 1,500 Years

Horror writer Jonathan Ryan shares how he uses his Christian faith to inspire, but not define, his writing.

Growing up Catholic in a small Midwestern town, I had a lot of time on my hands. As a kid with an overactive imagination, I found myself pretending to be a number of different heroes from Superman to Indiana Jones (I even had the hat and the whip).

Very often, my imagination would explore my Catholic faith. At Sts. Peter and Paul Catholic School, all the little Catholic boys and girls were told terrifying stories of the Bible, saints, and other heroes of the faith. The priests and nuns who taught us knew their audience, so they spared no gory detail. They believed that we needed to know just how horrific life could be, unlike my time in the evangelical world where Bible stories are made into cute Precious Moments figurines.

One of my earliest memories is dragging a piece of railroad tile into the yard from our barn. I put it on the ground, lay on it, and stretched out my hands. My imagination took me to Good Friday and thinking about what Jesus felt as the nails pierced his wrists and pinned him to the wood. I tried to imagine the horror of being naked in front of a jeering crowd while my friends watched in despair.

I remember getting up, shaking and breathing hard, the horror of the pictures in my head enough to make me, a child of 8, panic and run in to watch Tom and Jerry.

The crucifixion fuels my imagination as a horror writer. It leads me beyond the silly gross-out horror into exploring a world that contains profound human questions.

In other words, it leads me into writing “sacramental horror.”

All the great horror writers knew this sort of sacramental writing process made for great reading and terror. Sacraments take something seen to help us understand what is unseen. Very often, what we comprehend in that process of understanding can be unsettling, disturbing, and shake our neat little worlds. Even the strident atheist, H.P. Lovecraft, acknowledged this when he created the “old gods” as a way to produce unseen terror without any sort of religious connection. In this way, he fed off the tradition of Christians who wrote horror like Arthur Machen or my favorite, Charles Williams, the renowned Inkling.

If you’re not a Christian, you can still appreciate that the crucifixion is a horrific event on a physical level. It’s bloody, nasty, and awful. It’s probably one of the worst ways to die ever invented by human beings.

And the scariness of the event doesn’t just lie in the gore of the bloody cross: Veils are renting, dead people come out of their graves (and start talking to people), and the whole earth is trembling. At that moment, the Seen and Unseen worlds are joined in a way that is normal, everyday, and, therefore, terrible.

No horror writer, no matter how vivid his imagination, could ever top it.

This is why my Catholic faith has made me a better horror writer. It’s why I prefer the term “sacramental horror” writer rather than the constraining book marketing term “Christian writer.” It forces me not to settle for the easy answers and contemplate the deeper, sacramental possibilities of scary stories. It forces me to think about the Cross as I write. Further, it helps me communicate the idea that there is an Unseen world, it is there, and it might make demands of us in ways that we will not like. It might force us into a kind of holy terror that Isaiah and St. John experienced when they saw the universe as it really is — not what one might wish.

That’s the sort of scary story that keeps me up at night and what I write in my own fiction. 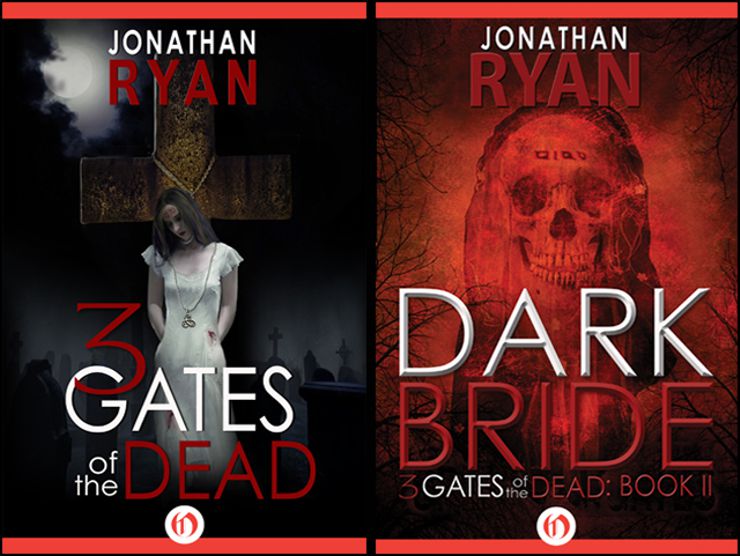 Download 3 Gates of the Dead on Amazon, iTunes, and Barnes & Noble.