The Edward Snowden Book That Answers All Your Questions

No one Edward Snowden book can answer all our questions, but as the Joseph Gordon-Levitt led Snowden movie sneaks into theaters, suddenly the world is wondering yet again: “Who is Edward Snowden?”

In his book The Whistleblower’s Dilemma, Richard Rashke attempts to answer this question as he delves into the motivations and the personalities of America’s infamous whistleblowers. Ever since former NSA contractor Edward Snowden leaked the details of the NSA’s illegal mass surveillance activities and fled the country, there has been debate over his motivations and whether anyone ever has the right to leak privileged information to the public. Rashke sheds light on these debates by confronting the essential questions behind Snowden’s whistleblowing efforts: Why did he blow the whistle? What did it cost him? Did it work?

Read on for the excerpt, then download The Whistleblower’s Dilemma on Amazon, Barnes & Noble, iTunes, and Open Road Media. 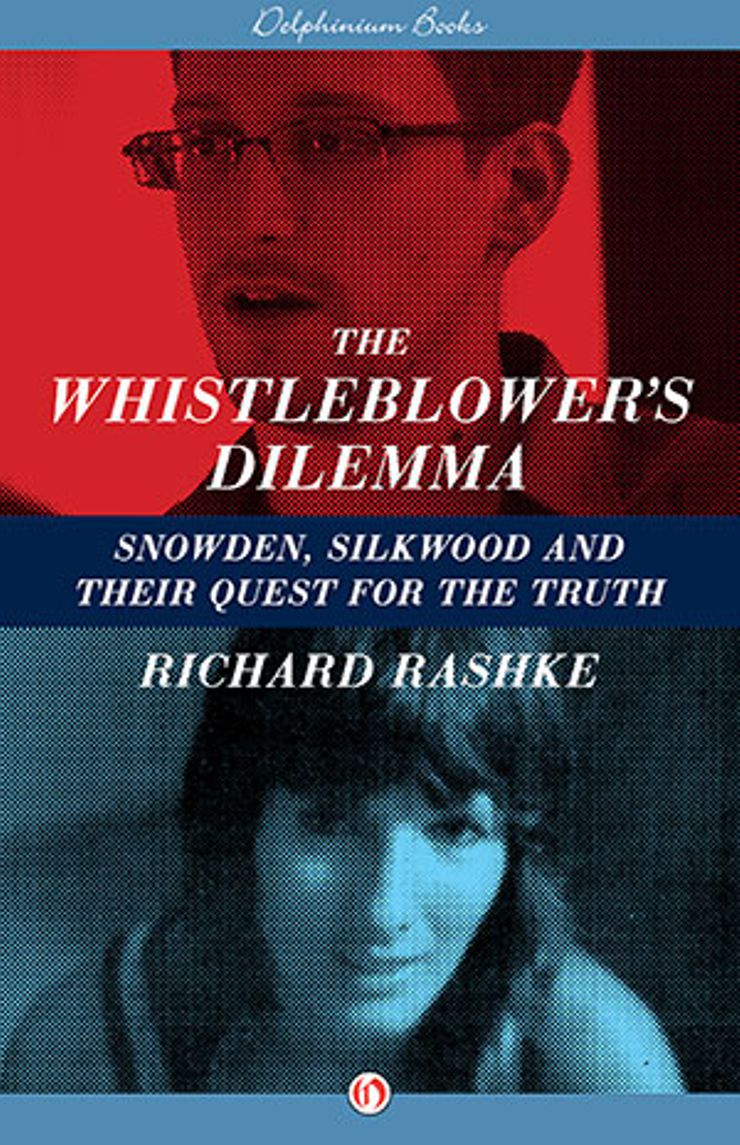 The company posted him to Yokota Air Base outside Tokyo, a welcome change. He had privately studied Japanese for a year and a half, loved Japanese culture, and was an avid fan of Japanese anime. As an NSA cyber-operative in the cyber-warfare program, he had several jobs in Japan, all of which required his high-level security clearance. One was to teach high-level military intelligence officers how to prevent Chinese hackers from compromising their networks. Another more critical task was to create a hacker-proof data backup system—a cybershield—to protect NSA locations around the world. To do that, Snowden had to examine NSA data-collection operations.

If Switzerland had been a watershed, Japan was his turning point.

“I could watch drones in real time as they surveilled the people they might kill,” Snowden later told Greenwald.  “You could watch entire villages and see what everyone was doing.  I watched NSA tracking people’s Internet activities while they typed … I became aware of just how invasive U.S. surveillance capabilities had become … The more time I spent at NSA in Japan, the more I knew that I couldn’t keep it all to myself. I felt it would be wrong to, in effect, help conceal all of this from the public …”

In 2012, Dell sent Snowden to Hawaii to work at NSA’s Kunia Regional Operations Center at Wheeler Army Airfield, ten miles from Honolulu and Pearl Harbor. The center was hidden behind a ten-foot-high fence topped with barbed wire. Its only sign read, “No Trespassing / Government Property.” The facility was known as the Tunnel because it was underground. Snowden’s girlfriend Lindsay Mills, whom he had met in Japan, followed him to Hawaii. Mills was an amateur photographer and dancer with some training in ballet. An exuberant free spirit with blue eyes and long, dark-blonde hair, she wrote a regular blog called “Adventures of a World-travelling, Pole-dancing Hero.” On it, she posted self-portraits, some a bit risqué. After her arrival in Hawaii she began doing street performances and acrobatic dancing with Paula and the Pole Kats at the Mercury, a thirtysomethings bar in Honolulu, and joined the Waikiki Acrobatic Troupe. Surrounded by spies, she lived with “E”— as she called Snowden in her blogs—“ in a world where people moved like ravens.” (Mills can be seen in action on YouTube.)

The NSA Regional Operations Center where Snowden worked was one of thirteen NSA hubs outside of Fort Meade that specialized in cyberspying on China and North Korea. It also tracked terrorist operations in the Philippines, Pakistan, and Thailand. Snowden’s job as a high-level systems administrator gave him extensive access to a wealth of secret material that showed the scope of NSA’s spying on Americans. “Almost nobody knew it was happening,” Snowden later told Greenwald. “I really started seeing how easy it is to divorce power from accountability, and how the higher the levels of power, the less oversight and accountability there was … The state— especially NSA— was working hand in hand with the private tech industry to get full access to people’s communication.”

With a growing awareness of NSA wrongdoing eating at him like moral acid, Edward Snowden became a whistleblower-in-waiting. All he needed was to complete his understanding of what the NSA was doing and how it was doing it. To do that, he needed to see the agency’s raw surveillance repositories. With this goal in mind, he turned down a job offer to become an NSA government employee because, he explained later, the security clearance NSA offered him would not have allowed the file access he needed. Instead, in the spring of 2012, he took a job at Booz Allan Hamilton (BAH) and moved … into BAH’s thirtieth-floor office in the Makai Tower in downtown Honolulu. […]

Snowden soon developed a reputation at BAH as a non-conformist who wore a hoodie around the posh office and kept a copy of the U.S. Constitution on his desk.  His NSA assignments came with the agency’s highest clearance, allowing him entrée to NSA’s inner snoop-sanctum, where its raw-surveillance data was stored. Once there, Snowden discovered how the NSA was monitoring the entire U.S. telecommunications system, and how it was working closely with British intelligence.  Most important, his clearance was so special that he could enter and leave NSA’s inner sanctum without leaving an electronic footprint. That “ghost user” privilege is one reason why the NSA is finding it difficult to know exactly which files Snowden downloaded.

“I realized they were building a system whose goal was the elimination of all privacy, globally,” Snowden said later. “To make it so that no one could communicate electronically without the NSA being able to collect, store, and analyze the communication.”

The last straw fell into place.

By 2012, Snowden had become so disillusioned with the president that he could no longer give him the benefit of the doubt. He concluded that the president was never going to slow down or derail the runaway train of illegal snooping.

“[Obama] closed the door on investigating systematic violations of law,” Snowden explained in a 2013 online chat. “He deepened and expanded several abusive programs, and refused to spend the political capital to end the kind of human rights violations like we see in Guantanamo, where men still sit without charge.”

It was time to blow the whistle.

This article is excerpted from the book, THE WHISTLEBLOWER’S DILEMMA: SNOWDEN, SILKWOOD AND THEIR QUEST FOR THE TRUTH, by Richard Rashke and published by Open Road Media and Delphinium Books.