The Genius of Kate Atkinson

With Life After Life, the English writer takes the reincarnation story to new heights.

“Don’t you wonder sometimes,” Ursula said, “If just one small thing had been changed, in the past, I mean. If Hitler had died at birth, or if someone had kidnapped him as a baby and brought him up in—I don’t know, say, a Quaker household—surely things would be different.”

“Do you think the Quakers would kidnap a baby?” Ralph asked mildly.

“Well, if they knew what was going to happen they might.”

“But nobody knows what’s going to happen. And anyway he might have turned out just the same, Quakers or no Quakers. You might have to kill him instead of kidnapping him. Could you do that? Kill a baby? With a gun? Or what if you had no gun, how about with your bare hands? In cold blood.” 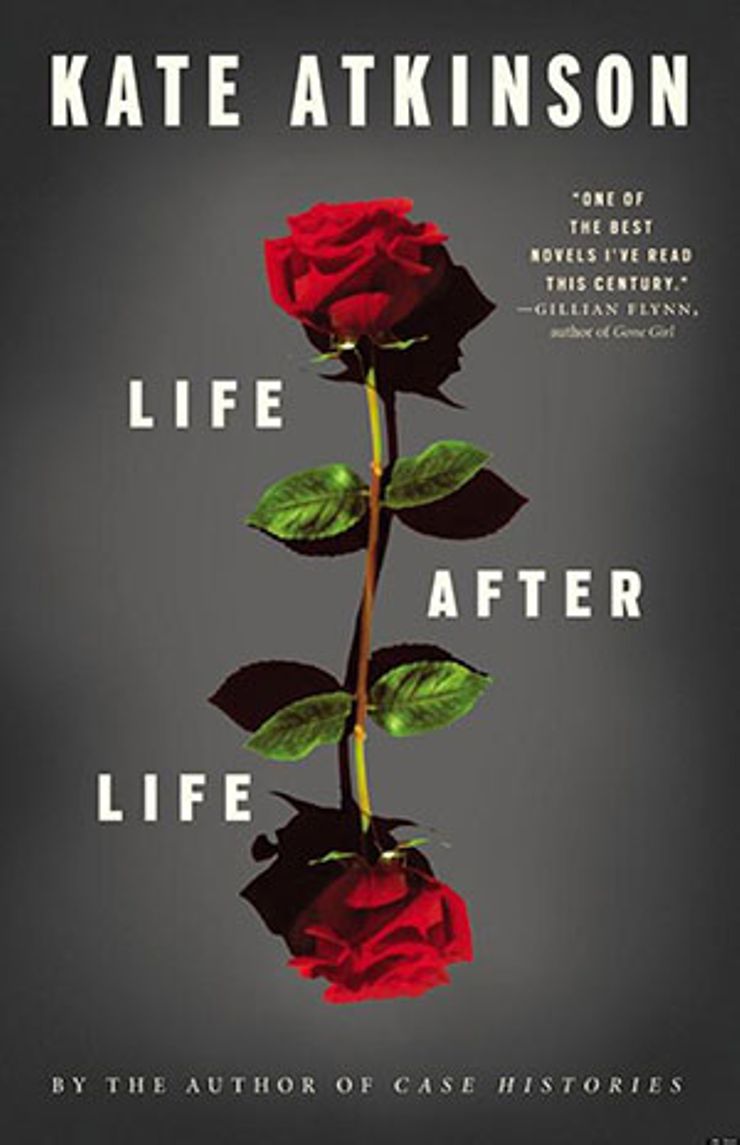 Thus the heroine of Kate Atkinson’s 2013 novel, Life After Life, wonders about the fate of the world, and the fabric of time, in war-torn Britain. Atkinson isn’t the first novelist to imagine a world without Hitler (or a world in which the Germans prevailed), but the way she gets to that wrinkle in time is pure genius.

Atkinson, who was born in York, England, has always been interested in history and how it runs its course through our daily lives, influencing the very people we become, whether we’re aware of it or not. Her debut novel, Behind the Scenes at the Museum, told the story of generation upon generation of women in one family, with the heroine, Ruby, even documenting her conception.

Published in 1995, the novel made Atkinson an overnight sensation.

Six compelling books later, Life After Life brings Atkinson back to her roots. The novel opens with Ursula’s birth on a snowy English night in 1910. Then, she dies, strangled by the umbilical cord. The doctor can’t reach the house due to the snowstorm. Ursula is born again; she dies a few days later. Then, she makes it to three, or four, and drowns. She’s born again; she falls out the window. What in the world is going on, the reader might wonder. But Atkinson’s just getting started. The first 100 pages of this novel read like the sound of the orchestra warming up before the conductor takes the stand.

Life After Life follows Ursula as a series of decisions (do we go into town and catch the flu, or do we stay at home with mother that day and live) which result in a series of satellite lives, all orbiting around that fateful snowy night in 1910. Will Ursula stay in England and pursue her education? Or will she settle for marriage? Will she go to Germany and find herself an English girl as war is declared in 1939? Or will she return to England? “And Ursula will hold out her old box Brownie and say, ‘I don’t seem to be able to spool the film on,’ and perky seventeen-year-old Eva Braun will say, ‘Let me have a look for you.'”

You’ll have to read to find out.

When Life After Life appeared in 2013, many critics praised the book as Atkinson’s best work. Copies flew off shelves. The price for the film rights soared. Then, unbelievably, another Atkinson novel appeared. It had been less than a year since Life After Life was published. “What if the new Kate Atkinson were even better than the last?” the cover flap read. A God in Ruins, a sequel of sorts, tells the story of Ursula’s younger brother, Teddy, and his life after the war. Readers were agog. How had Atkinson managed to do it again?

We all wonder what our lives would’ve been had we taken that job, married that person, taken the other road that day. Life After Life claims that those lives (and versions of ourselves) don’t just disappear into the ether. This novel is an analogy to the work of the fiction writer. What happens if I have my heroine do this? Like a chess master, Atkinson is in full control. More importantly, Atkinson asks: What would happen if we approached history the same way? What can we learn from those other lives? As Ursula thinks to herself at the end of the novel, memory is a living thing. “It was a long time ago now. And it was yesterday.”