Everyone’s Looking for Cate Blanchett in Where’d You Go, Bernadette

Watch the trailer for the adaptation of Maria Semple’s delightful novel about a missing mother and the daughter who vows to find her.

In Maria Semple’s 2012 “runaway bestseller,” no one has seen Bernadette Fox—though we get to see our first glimpse of her in the novel’s big screen adaptation. The trailer for the much-anticipated film version of Where’d You Go, Bernadette has just dropped, showing Cate Blanchett as its quirky (and missing) titular character. The mystery-comedy—helmed by Boyhood  director Richard Linklater—was first announced in 2015, so we’re ecstatic to finally see Blanchett as one of the most eccentric literary mothers in recent memory.

Looking for great reads? Sign up for the Early Bird Books newsletter, and get the best daily ebook deals delivered straight to your inbox.

Like the novel, the film follows Bernadette Fox, an agoraphobic architect who suddenly disappears for no apparent reason. After all, she has everything a woman could want: a successful career, a loving husband (played by Big Fish’s Billy Crudup), an intelligent daughter (played by Emma Nelson—her first movie role), and a gorgeous Seattle home. Needless to say, her friends and family are utterly baffled when she vanishes without a trace. It’s up to Bee, Bernadette's 15-year-old daughter, to bring her mother home so they can go on the Antarctic voyage she was promised. But with so few clues, can Bee truly track down someone who clearly doesn't want to be found? And can she handle the shocking revelations that her uproarious adventure uncovers?

Where’d You Go, Bernadette was one of the biggest books of 2012, with NPR hailing it as a “screwball satire with a warm heart.” U.S. readers agreed—the novel spent an entire year on the New York Times bestseller list.

In addition to directing, Richard Linklater wrote the screenplay alongside Holly Gent and Vince Palmo. Linklater is best known for films such as Before Sunrise, Dazed and Confused, and the aforementioned Boyhood. Meanwhile, Blanchett is fresh from the fantasy-mystery movie The House With a Clock in Its Walls and the latest addition to the Ocean’s franchise, Ocean’s 8. Aside from Crudup and Nelson, she’s joined by a supporting cast that includes Kristen Wiig (who plays a neighbor rival), Judy Greer, Laurence Fishburne, and Troian Bellisario.

One missing person case, two plucky heroines, and a lot of laughs? Count us in! You can discover just where Bernadette has gone when the movie hits theaters on March 22, 2019.

Read the novel before the movie comes out! 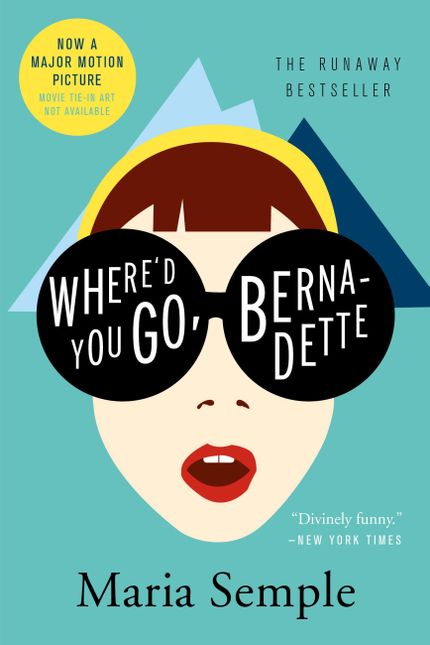 Looking for great reads? Sign up for the Early Bird Books newsletter, and get the best daily ebook deals delivered straight to your inbox.

Featured still from "Where'd You Go, Bernadette," via Annapurna Pictures