Your Favorite Characters from YA Books: Where Are They Now?

Say hello to your friends! And find out what they've been up to. But beware, spoilers!

Ever wondered what happened to your favorite characters from YA books after the series ended? Sure, you can use your imagination (you + book hottie = married), but wouldn’t it be great if the authors would just, you know, tell us? Well, you’re in luck. Thanks to a recent spate of update novels and author interviews, we’ve got the scoop on these classic characters. Warning: Spoilers ahead! 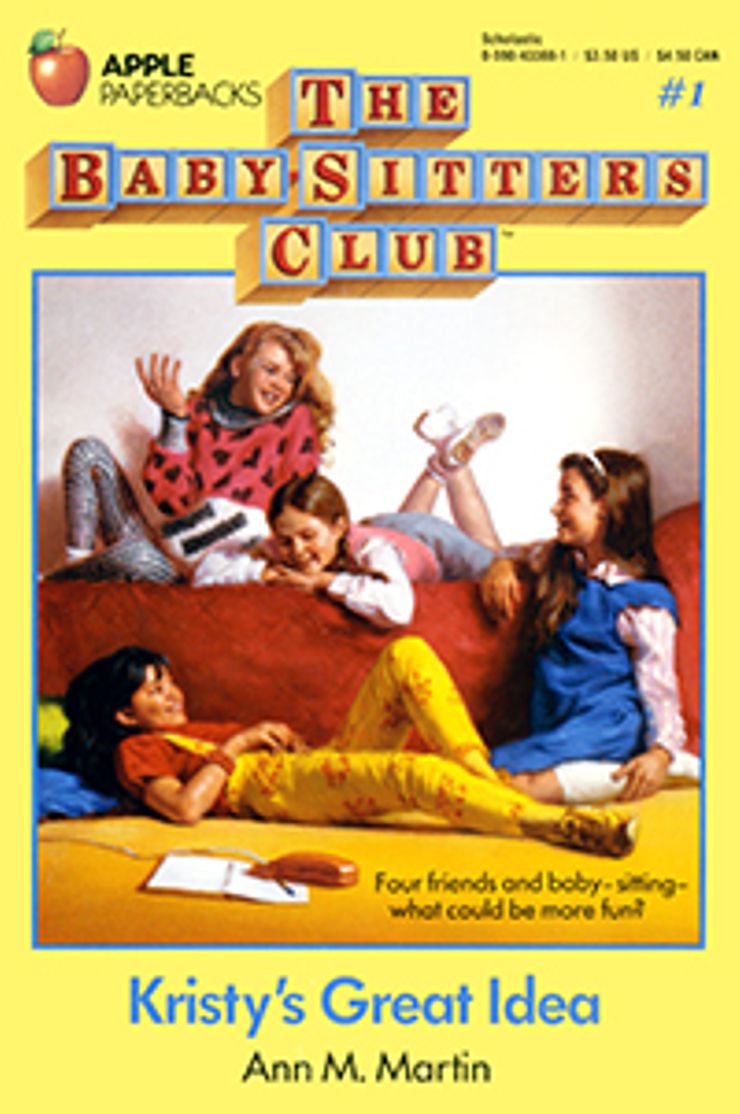 At a 2010 event called “The Baby-Sitters Are Back” Ann M. Martin spilled her thoughts on what she imagines the girls are doing now.

Kristy Thomas: “Probably the head of something, maybe a business.”

Claudia Kishi: No surprises here, Claudia is an artist.

Stacey McGill: “Something in fashion, not necessarily design, but maybe the business end.”

Mary Anne Spier: Dear sweet Mary Anne—the character Ann M. Martin feels is most like herself—is now a teacher, just as Martin herself once was. No word on if she’s married to Logan!

Jessi Ramsey: “Passionate about dance, but not a professional.”

Mallory Pike: Poor Mallory, even her creator doesn’t have any “strong feelings” about what she’s doing. 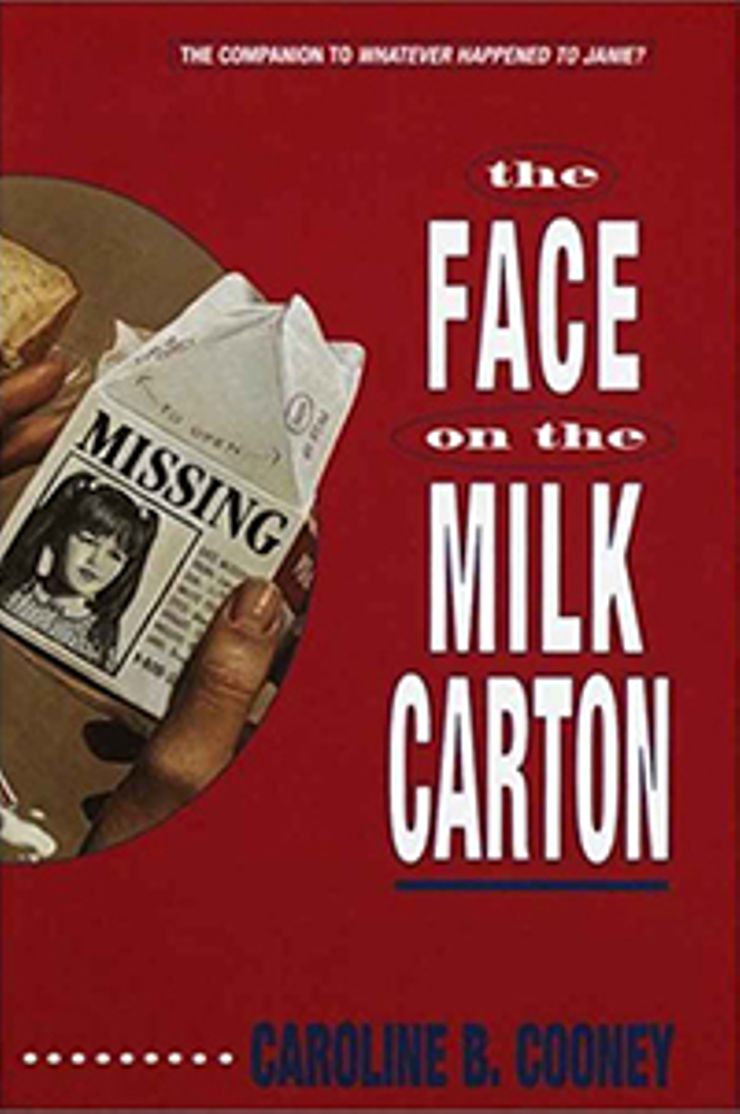 Janie Johnson, The Face on the Milk Carton, by Caroline B. Cooney

So … whatever happened to Janie? Well, for one, she got into Columbia University, with a college essay on, you know, that whole kidnapping thing. During her sophomore year, her on-again-off-again high school boyfriend Reeve, now working at ESPN in North Carolina, proposes to her on a whim, at the airport, and they decide to get married immediately. Aw, true love.

In 2013, 23 years after the first novel was published, author Caroline B. Cooney decided to revisit her beloved characters with the fifth novel in the Janie Johnson series, Janie Face to Face and finally tell us what happened to Janie, her two families, and even, at long last, Hannah, the deranged kidnapper who set the plot in motion. 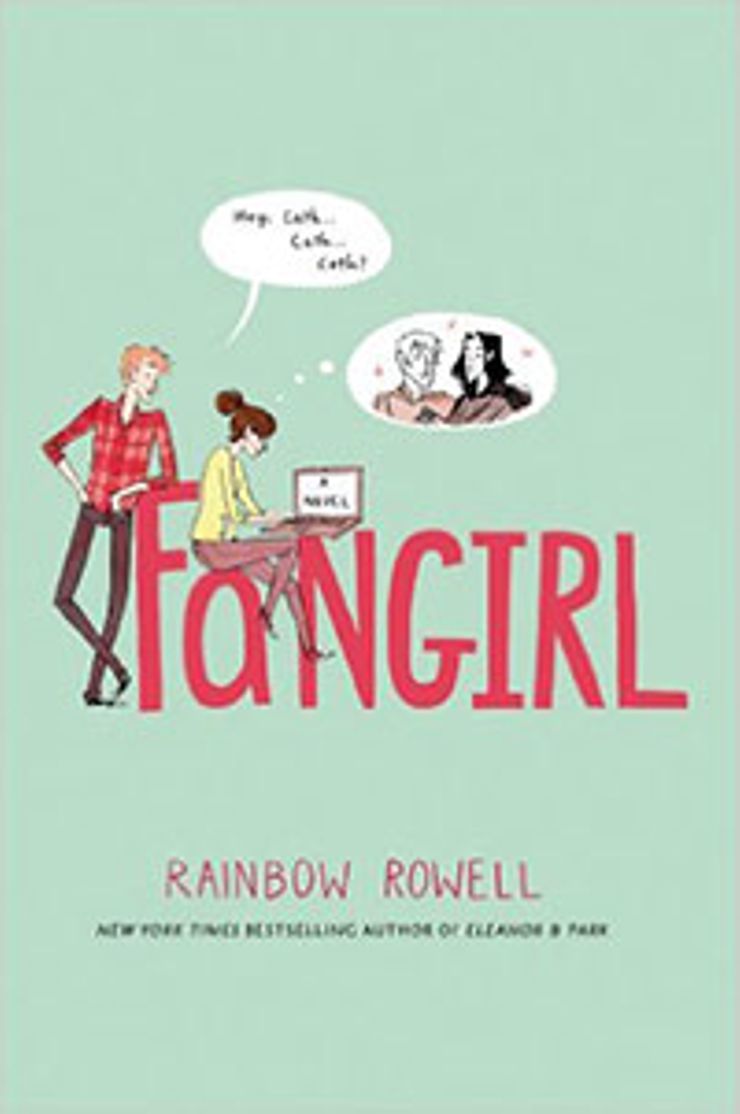 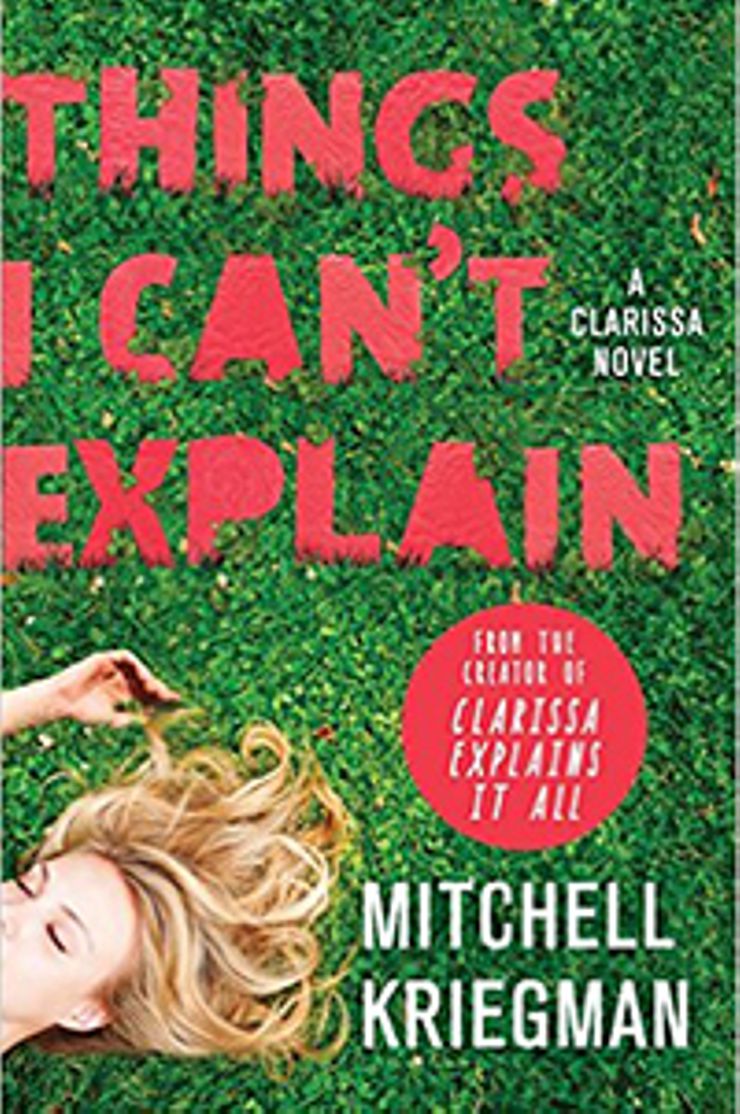 Okay, fine, Clarissa Explains It All is technically a TV show and not a book (though it was written in part by YA superstar Suzanne Collins, author of The Hunger Games), but Clarissa Darling, young adult television cool girl, has returned to life in novel form. Mitchell Kreigman, the creator and executive producer of Clarissa, has brought us mid-20s, quarter-life crisis Clarissa, living in NYC and working in the failing business of newspapers. Fun details: Her mom is now a billionaire from making a tofu-based glue used by NASA. Ferguson is in jail, for insider trading. Clarissa and Sam finally get together—and break up. Dying for the sequel to find out what happened to Sam! 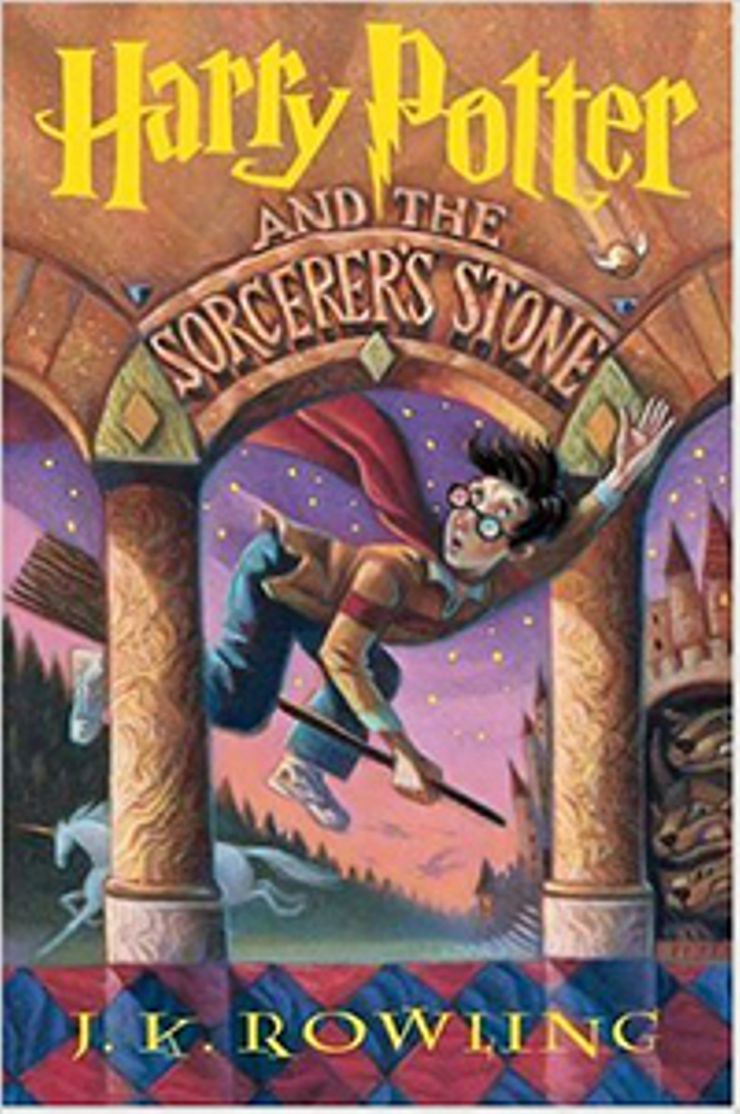 Heart eye emojis to J.K. Rowling who just can’t quit our favorite wizards and witches. We learned a little bit about what happens to our Hogwarts crew in the (admittedly kind of lame) epilogue to the seventh novel, but she’s spilled a ton more in interviews and Pottermore updates since then. And for fans who can’t make it out to London to spend a bajillion dollars and hours to see the two-part play Harry Potter and the Cursed Child, rejoice, because it’s just been announced that the script is being released as a book this summer.

Harry Potter: Now married to Ginny Weasley, with three kids, Harry gets promoted to head of the Auror Department at the Ministry of Magic. As for his non-magical relatives? “Harry and Dudley would still see each other enough to be on Christmas-card terms, but they would visit more out of a sense of duty and sit in silence so that their children could see their cousins,” says Rowling. Fun Fact: He lost his parseltongue skills after the last horcrux was destroyed.

Ginny Weasley: Ginny, who now goes by Ginerva Potter, played professional Quidditch for the Holyhead Harpies, an all-female team. She left the team to raise her kids, and is now a journalist—the senior Quidditch correspondent for the Daily Prophet.

Hermione Granger: After the events of the seventh novel, Hermione went back to Hogwarts to finish out her schooling and take her N.E.W.T.S. (Ron and Harry decided to skip it). Then, according to Rowling, “Hermione began her post-Hogwarts career at the Department for the Regulation and Control of Magical Creatures where she was instrumental in greatly improving life for house-elves and their ilk. She then moved (despite her jibe to Scrimgeour) to the Department of Magical Law Enforcement where she was a progressive voice who ensured the eradication of oppressive, pro-pureblood laws.”

Luna Lovegood: “I think that Luna is now traveling the world looking for various mad creatures,” said Rowling. “She’s a naturalist, whatever the wizarding equivalent of that is…But I do think that she’s so open-minded and just an incredible person that she probably would be uncovering things that no one’s ever seen before.” She ends up marrying the grandson of Newt Scamander, the author of Fantastic Beasts and Where to Find Them, and then have twin sons, Lorcan and Lysander.

Neville Longbottom: Appropriately enough, Neville is the new herbology professor at Hogwarts and is married to Hufflepuff Hannah Abbott, who is now the landlady of the Leaky Cauldron.

Cho Chang: All we know about Harry’s former flame is that she is now married to a muggle.

George Weasley: The joke shop he started with his twin (let’s all shed a tear for Fred) and now runs with Ron has become very successful. He married Angelina Johnson, his Gryffindor Quidditch teammate, and they have two kids, Fred (awww) and Roxanne. 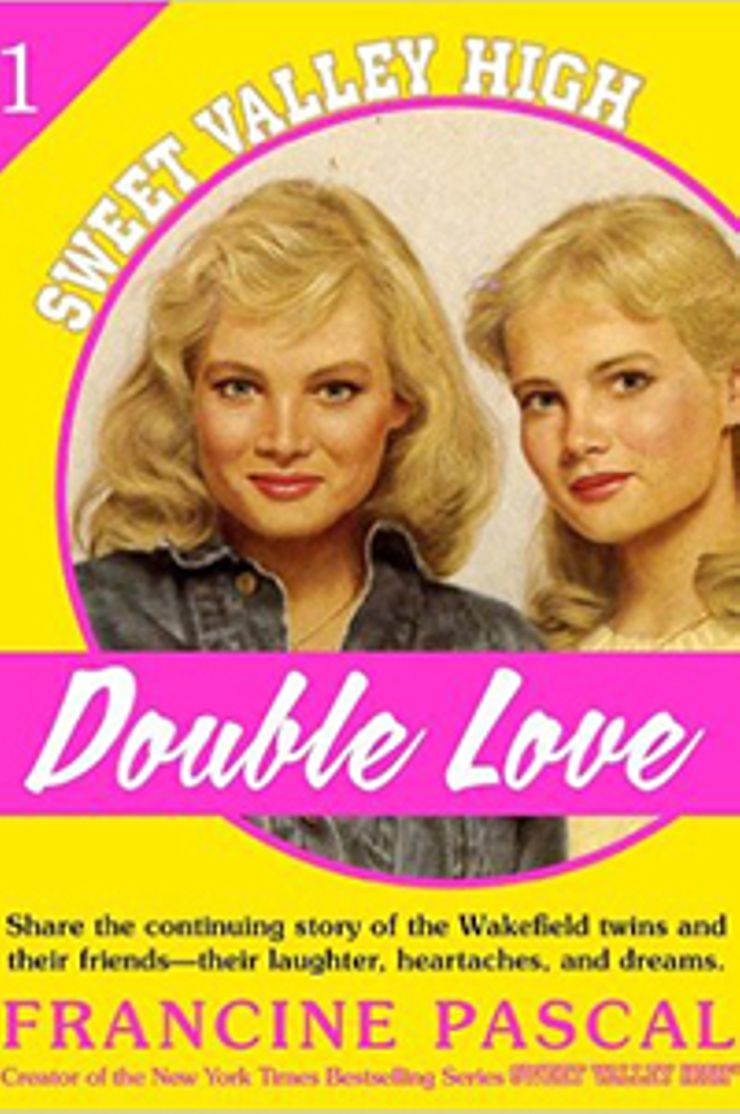 In 2011, Francine Pascal, creator of the Sweet Valley franchise, published Sweet Valley Confidential, a 10-years after graduation epilogue to the series. Somehow it’s also the first Sweet Valley novel she wrote entirely by herself. (Hello ghostwriters!) In 2012, The Sweet Life, a six-part e-series, followed.

Inspired by the reams of fan letters she still gets, Pascal said, “I went back with a sort of ‘had to be done’ feeling … It wasn’t until I actually got into it, and saw these girls had grown up, were adults, that it was going to be different from Sweet Valley High, that I was able to respond to them better. I said ‘what the hell, I can do what I want’.” The future, apparently, looks a lot like high school, with ample drama, romance, and sisterly betrayals.

Jessica Wakefield: Sociopathic Jessica, now age 27, has, apparently, been having an affair with twin Elizabeth’s longtime boyfriend Todd Wilkins since college, and they are now engaged and end up getting married. Three years later, they have a son, named Jake, and are now separated because Jessica, apparently, spends too much time running her PR firm that specializes in eco-friendly cosmetics. Todd is a sports reporter at the Los Angeles Chronicle.

Elizabeth Wakefield: After finding out about Jessica and Todd’s romance, Elizabeth jets off to NYC, and gets a low-paying job at a lame theater review publication. She mostly sits around feeling terrible and hating her sister. But—spoiler alert!—all is forgiven, because they hug or something and Elizabeth ends up with Bruce Patman(?!) She moves back to Sweet Valley and writes for the Los Angeles Chronicle.

Steven Wakefield: The twins’ boring older brother (raise your hand if you always forget about him) was married to Cara Walker, but has finally comes to terms with his sexuality, and is now hooking up with Aaron Dallas.

Winston Egbert: Sorry, folks, Winston Egbert is dead(!!) After investing in an internet venture with Bruce Patman (obvs), Winston becomes totally rich and jerky, and dies after a maybe-accidental fall from a 20-story balcony.

Lila Fowler: In something we never would have guessed at the time, but now seems totally obvious, Lila is on a TV show called “True Housewives of Sweet Valley” and spends all her time trying to be the main villain. Her hubby is fellow Sweet Valley-lifer Ken Matthews, who is now an NFL quarterback. She bad-mouths him on the show and when he tries to leave her, she claims she’s pregnant (she’s not). Never change, Lila!

Everyone Else: Literally every person from the Sweet Valley books still lives in Sweet Valley (and improbably commutes to L.A.), and does the adult version of their favorite high school extracurricular.