All The Dead Literary Ladies (And Some Dudes, Too)

Jessa Crispin, in the midst of an existential crisis, follows the lives of exiled writers and artists.

“So they have courses teaching you foreign languages and ballroom dancing and etiquette and cooking. But there are no classes to learn how to be by yourself in a furnished room with chipped dishes, or how to be alone in general without any words of concern or familiar sounds.” —Imgard Keun

For nearly eight years, author and editor Jessa Crispin’s life in Chicago was infected by thoughts of suicide and general melancholy. To pull herself out of this toxic headspace, she decided to set off on a world-tour of literary locations—from William James’ expat time in Berlin, to Margaret Anderson’s vacation home in the South of France, to Rebecca West’s research trip in Sarajevo, and more. The resulting chapters became her first book, The Dead Ladies Project, a travelogue that blends literature, biography, and memoir through Crispin’s cutting (and very funny) voice.

The editor and founder of the literary website Bookslut and magazine Spolia spoke to FYNTR about The Dead Ladies Project, what she learned from her travels, and how to be alone in a world (or place) where one often feels like an outsider. “To me the suffering isn’t the point, it is the method,” she writes. “The way it shakes us, breaks us wide open, forcing us into contact with one another. The point is what you do then.” 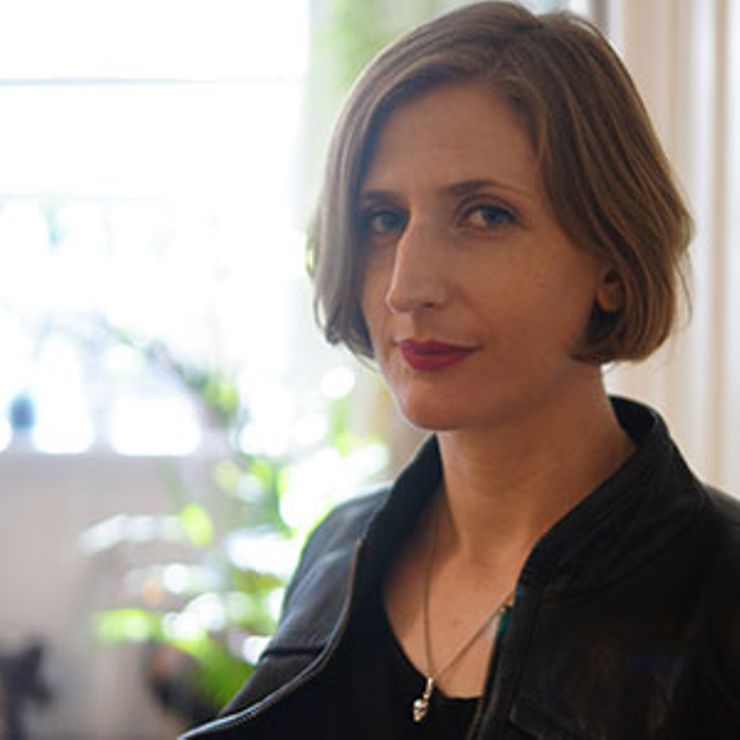 Though the book is called “Dead Ladies,” you include William James, Igor Stravinsky, and Somerset Maugham. Can you explain why you included men?

My original intention was to include only women so the title came first, but then I really wanted William James in there. I wanted to start in Berlin, because that is where I was living, and there was no way I was not going to write about William James. He’s my man. So after he got in, then of course W. Somerset Maugham would have to be included. And once Maugham was in, of course Igor Stravinsky had to be included. For the most part, the artists and writers who have moved me the most have been women. But there are some men I like, too. I still like women more, though.

How did you choose the writers featured, and the city for each?

There had to be some kind of link between city, artist, and myself, in order for it to work. Once I figured out that, it became obvious who was in and who was out. Except for the St. Petersburg – Maugham thing, which come on is obviously a bit of a cheat. He was there for a week or something stupid like that. But I really wanted to go to Russia! And I wanted to write about Maugham, but his expat years were in France, and I already had a French destination with Margaret Anderson. So, fine, put him in Russia. It fit metaphorically even though the link is a flimsy one.

It seems like some of the cities you visited helped you to feel better, while others only intensified your “existential lag.” What was the difference between those two groups?

I respond to cities in the way other people respond to other people. I’m really introverted, if I have to spend a lot of time around people I get exhausted. But I can wander around a new city for ages and feel okay. But also it just depends on the chemistry, between myself and the city. I’m sure that sounds hokey. But it feels genuine. When I’m in a new place I am always trying to figure out if I like the city and if the city likes me. If there’s that spark.

The media tells us that it isn’t safe for women to travel alone. What did you learn from traveling solo?

Traveling solo is not dangerous, at least not any more dangerous than walking around in your house. I think there is a big conspiracy perpetuated by the media and by other women that makes women think it’s dangerous in order to keep them afraid and at home. But let’s be real: Is it “really that dangerous”? No more so than being a female human body in a patriarchal world.  I would argue that traveling solo actually makes you safer in the world, by teaching you to trust your intuition, by teaching you how to rely on yourself, by putting you in bad spots and forcing you to figure your way out of them.

In the chapter on Rebecca West you write that she omits “Rebecca West the human being” in her work. Do you think female writers felt pressure to avoid the personal when West was writing? Do they still?

Being taken seriously and being read widely are too very different things. If you look at women writers who really sell—Elizabeth Gilbert, Cheryl Strayed, Jennifer Weiner, etc—their books are personal, emotional, but have enormous intellectual failings. We don’t have to worry as much about being blocked from the intellectual realm. We have plenty examples of how that works: Sontag and Arendt, but also Martha Nussbaum, Joanna Bourke, bell hooks, Mary Beard, etc. What we don’t have, I think, is enough men working in the personal mode, in a thoughtful, emotional way.

In the chapter on Nora Barnacle, you write that we see artists’ wives as obstacles. What if the roles were reversed? If the wife was the artist and the husband the wife?

It’s interesting to think about it through Ted Hughes who has been vilified and condemned for his “treatment” of Sylvia Plath. Really loony, insane reactions, truly. (In the same way that people who love Richard Francis Burton just start frothing at the mouth when they think about his wife Isabel, who burned his final, unfinished manuscript.) I’m someone who thinks Hughes is a better poet than Plath, though! So I think it’s the same. We adore the artist, we hate whoever gets in their way, and for a lot of people, Hughes somehow caused Plath to kill herself. It’s just that we don’t have as many women writers and artists that we (the culture) love as much as we have men.

You focus on Stravinsky’s exile and “the idea of restriction,” and how Stravinsky “flourished,” while other artists are destroyed by hardship. Do you think artists need a certain amount of psychic suffering in order to create?

I don’t know that Stravinsky suffered that much. He was really resilient. What I meant by his restriction was just his ability to take poverty or scarcity and really work with it. He didn’t fight against his circumstances and he didn’t sulk. He got on with it. He felt freer within some kind of boundaries, some kind of no. When he knew where the edge was, he felt more comfortable. I don’t believe in the myth of the tortured artist, in that there has to be torture in order for there to be art. A lot of artists do suffer, are tormented, but I don’t think it’s a requirement.

Much of the book seems to be aligning yourself with writers whose work you admire, or a particular experience of theirs which you relate to. Are there dangers to this?

I can’t imagine what would be dangerous about that. I think we’re told, very clearly, which artists and writers are important, all of the time. Finding who is important to you is serious work. It requires breaking from the canon, it requires clear thought and clear feeling. It is absolutely necessary work, if you’re going to try to do something different than what came before.