Stories to remind us we're not alone.

The recent suicides of two prominent American figures have devastated the world. Kate Spade, a 55-year-old fashion designer, reportedly struggled with depression for the past six years and was seeking treatment. Described by friends and family as someone who nearly always had a smile on her face, Spade’s depression had recently grown more severe. Anthony Bourdain, a 61-year-old chef, author, and TV personality, was in France filming his popular show, Parts Unknown, when he was found unresponsive in his hotel room. A close friend said Bourdain had been in a dark mood, but he never would have thought that he was planning to end his life.

According to the National Institute of Mental Health (NIMH), “In 2016, an estimated 10.3 million U.S. adults aged 18 or older had at least one major depressive episode with severe impairment.” Meaning: If you’ve suffered from depression, you’re not alone. The following authors also know what it’s like to suffer this often-untreated illness. Read about their personal struggles in the following eight books.

If you are contemplating suicide, please call the National Suicide Prevention Lifeline at 1-800-273-TALK (8255).

In the summer of 1985, severe depression left William Styron hopeless and suicidal. His memoir centers on his hospitalization and subsequent road to recovery. Styron’s message reminds us that as bleak as it may seem, there’s always a light at the end of the tunnel. Regardless of your experience, Styron will stir up strong emotions. Darkness Visible provides deep insight into what it’s like to live with depression—insight that will resonate with survivors and help those who aren’t afflicted develop a greater understanding of the pain that depression sufferers are going through. Styron’s utter candor makes this book truly impactful. 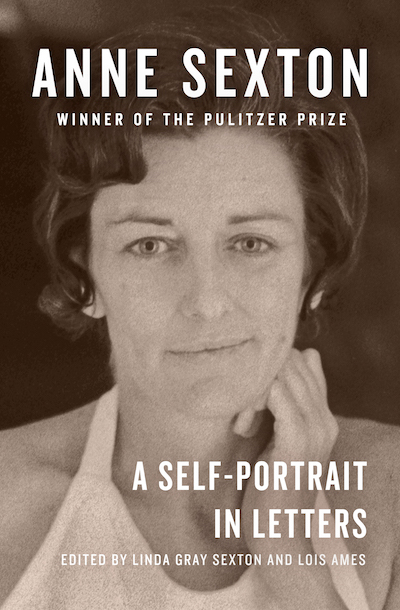 Anne Sexton was an award-winning poet who committed suicide in 1974. After her death, Linda Gray Sexton, her daughter, and Lois Ames, one of her closest friends, compiled thousands of private letters she had written to friends, family, and fellow poets into a memoir. Anne Sexton: A Portrait in Letters tells the story of Anne Sexton’s life and reveals her inner thoughts and demons. Some letters discuss her perception of herself as a poet, while others catalog her relationship with her ex-husband. Sexton also writes of her fondness for her children and the despair at the loss of her parents, with her relentless depression appearing in some form throughout most of her letters. The series of letters paint a picture of an extremely talented yet troubled woman who loved, longed, and lost.

Want more powerful stories? Sign up for the Early Bird Books newsletter and get the best daily ebook deals delivered straight to your inbox. 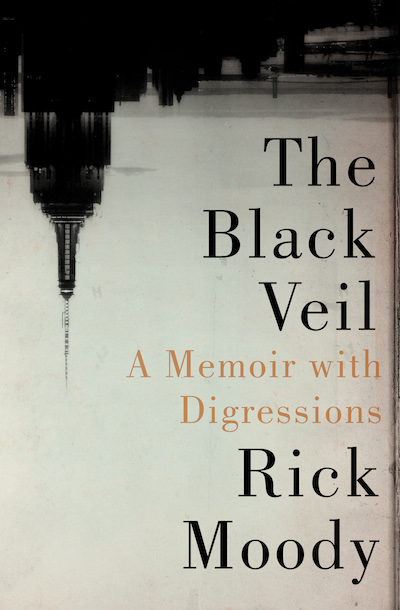 The road that brought Rick Moody to a psychiatric hospital was riddled with drugs and alcohol. In The Black Veil, he discusses his struggles with depression and alcoholism that led him to seek professional help. He begins his memoir back in the 1700s with a murderous and twisted relative whose story shaped Moody’s outlook on life. Moody’s memoir explores the stigmas that people with mental illness face and the pressure that society has put on individuals to feel ashamed. 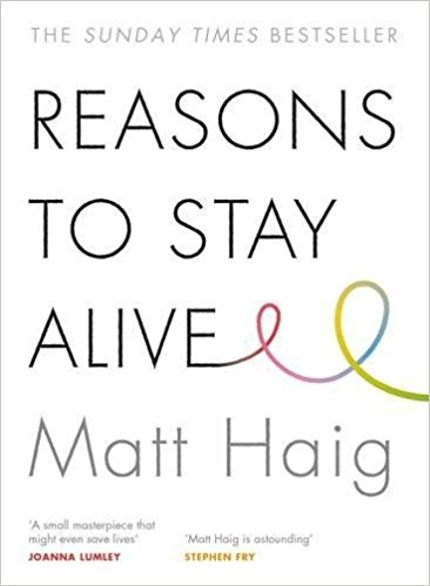 Matt Haig overcame his depression, and through his story the author highlights the importance of appreciating the little things. It’s those “little things” that give you a reason to stay alive, and in Haig’s case—teach you how to live. His recovery through reading, writing, and the love of his parents and his girlfriend is truly inspirational. By speaking honestly about the despair of depression, as well as adding a sense of humor, the author of The Humans and How to Stop Time creates a relatable book. 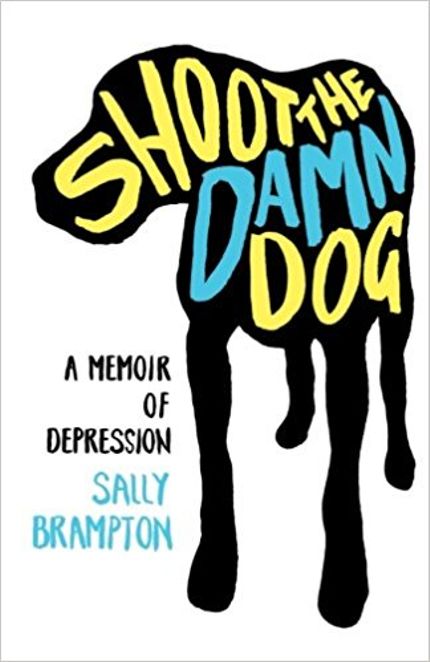 Shoot the Damn Dog: A Memoir of Depression

Winston Churchill was known to refer to depression as “the black dog.” In her memoir, Sally Brampton adopts a similar euphemism. Brampton launched Elle in 1985 and rose to fame as a talented magazine editor and award-winning journalist, but the world only saw one side of the accomplished writer. Inside, she was concealing her struggle with severe depression and alcoholism. In Shoot the Damn Dog, Brampton opens the floodgates and candidly shares her story about difficulties with depression and alcoholism. Throughout her book, Brampton seeks to offer practical advice to her readers—reassuring them that they are not to fault themselves for their illness.

Shoot the Damn Dog: A Memoir of Depression 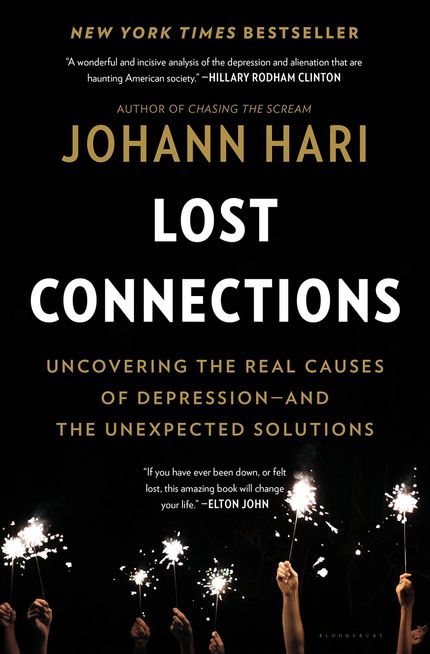 Johann Hari has spent most of his life struggling with depression. He began taking antidepressants when he was just a teenager, and as he grew older he grappled with the true cause of his illness. In Lost Connections, Hari investigates the causes of depression, both through his personal perspective and through a scientific lens. Hari explains that nearly everything you thought you knew about anxiety and depression is wrong.

Want more powerful stories? Sign up for the Early Bird Books newsletter and get the best daily ebook deals delivered straight to your inbox. 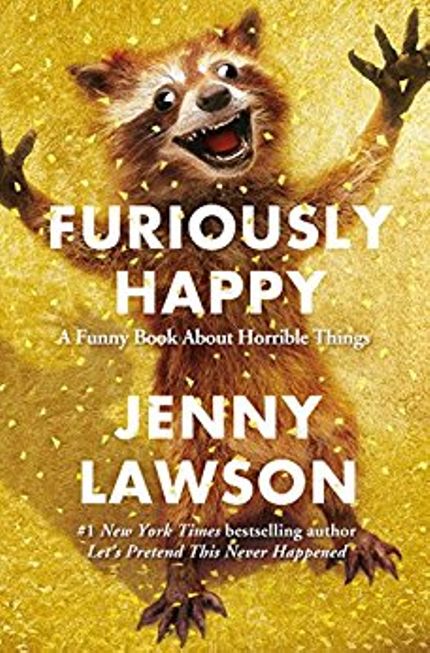 Jenny Lawson’s tell-all about her battle with mental illness is told as a comedy. Lawson manages to make a story of hardship positively hilarious, providing new insight into what it is like to deal with mental illness. In Furiously Happy, she talks about coming to terms with the struggles of depression and about learning to be happy with who you are. In a refreshing tale written directly to the reader, Lawson truly succeeds in both taking her mental illness seriously and telling a ridiculously funny story. 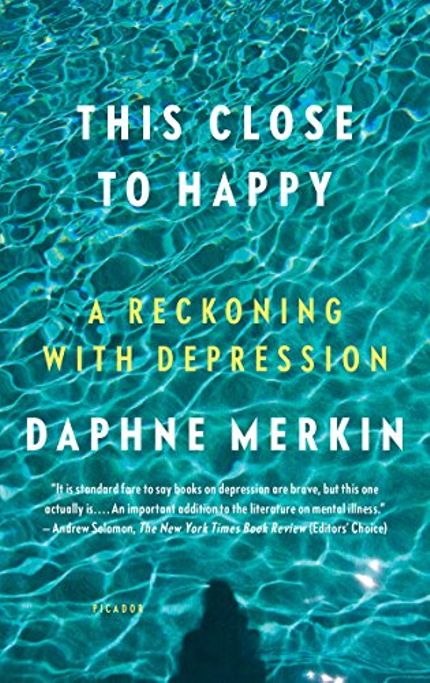 This Close to Happy

In her memoir, Daphne Merkin explores the challenges that come with sharing a story of mental illness and seeking treatment. Merkin, who has suffered from severe depression for much of her life, openly shares intimate details about her three hospital stays and gives readers a window into her innermost thoughts. A story of coming to terms with mental illness, This Close to Happy brings a voice to people suffering from depression who may not otherwise be able to speak out.

This Close to Happy