William Styron: A Life in Books

The man and his works that sparked controversy and inspiration.

William Styron was a bold and brilliant novelist who left a lasting impression on the world of literature. He published ten works in his lifetime, and four more of his writings were released posthumously. Writing with a rich and classical prose, William Styron’s books often dealt with tragedy and morality. While some of his works were controversial (particularly the ones that transcended the bounds of his own personal experiences), his literary canon is extremely influential, and his distinctive voice has made him an iconic writing figure of the post-World War II generation.

Born in Newport News, Virginia in 1925, Styron’s southern roots inspired much of his writing. Though he was deeply loved and well cared for by his parents, his childhood was not without hardship. He lost his mother to a long battle with breast cancer when he was 13 years old, and mourning was dangerous business as his father suffered from chronic depression. These experiences perhaps lended themselves to the dark themes inherent in Styron’s novels, many of which include references to suicide.

Styron first enrolled in higher education at Davidson College in 1942. A year later he transferred to Duke University as a part of the program intended to fast-track officer candidates in the Marines. Though Styron was eventually made a lieutenant in the U.S. Marine Corps, the Japanese surrendered before he got the combat experience he was hoping for. Instead, he wrote several short stories in Duke’s student literary magazine, The Archive, laying the groundwork for his impressive career.

After college, Styron’s first job was at McGraw-Hill in New York City, where he held an editing position that he despised. Styron set about goading his higher-ups at the company into firing him, and upon achieving his goal he began writing his first novel. Three years later in 1951, Lie Down in Darkness was published.

A winner of the impressive Rome Prize, Lie Down in Darkness follows the Loftis family through flashbacks during the funeral of Peyton, one of the daughters of the family. The parents, Milton and Helen, hold no affection for each other, and while Milton doted upon Peyton, Helen put all of her love upon their disabled daughter, Maudie. Their story explores the pains of loss and disappointment, as well as the tragedies people bring upon themselves when they close their life off from love. 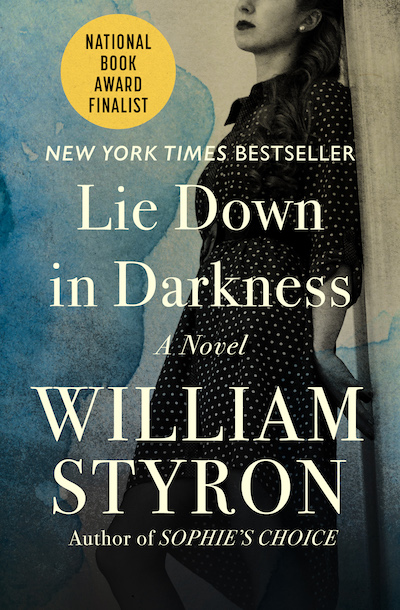 The year following the successful publication of this novel, Styron rejoined the Marines to fight in the Korean War. However, not long after his arrival Styron had to be discharged due to eye problems. As unfortunate as the quick turnaround might have been, a lofty positive arose from the snafu—in Styron’s subsequent travels across Europe, he ran into an old acquaintance, Rose Burgunder. Styron and the poet kindled fast feelings, marrying one another in the spring of 1953.

In 1956, Styron published The Long March as a complete novella, though it was first released serially in 1952. Based on his experience at Camp Lejeune, this work takes place at a marine camp during the Korean War. After the accidental death of six men during a training exercise, the remaining recruits are subjected to the inhumane punishment of a thirty-six mile march in the summer’s baking heat. Rather than reinforcing discipline into the reservists, the marines instead return a defiant act of rebellion. 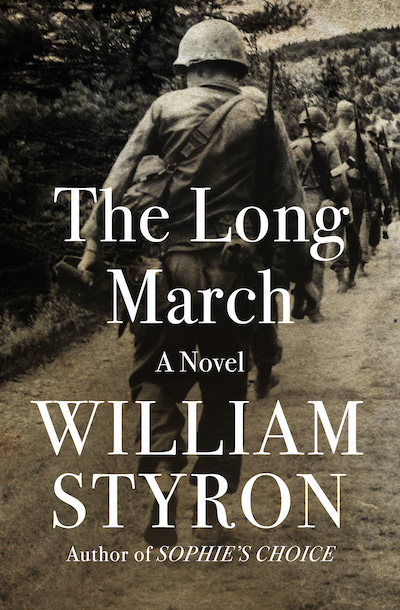 Set This House on Fire was published four years later in 1960. Set in Italy after the end of World War II, Peter Leverett—an attorney from Virginia—and Cass Kinsolving—a South Carolina artist—meet the son of a movie mogul, Mason Flagg. While Peter is fascinated with Mason, Cass seems to harbor a deep hatred for him. When Mason turns up dead from apparent suicide after the rape and murder of a peasant girl, the Italian authorities assume he must have committed the awful crime.

Peter and Cass part ways, refusing to speak of this awful event. However, the details of that period haunt Peter, and years later he seeks out Cass in order to uncover the truth. But both of them harbor burdens from that traumatizing time, and as they air their dirty laundry, their lives twist down paths they never could have imagined. 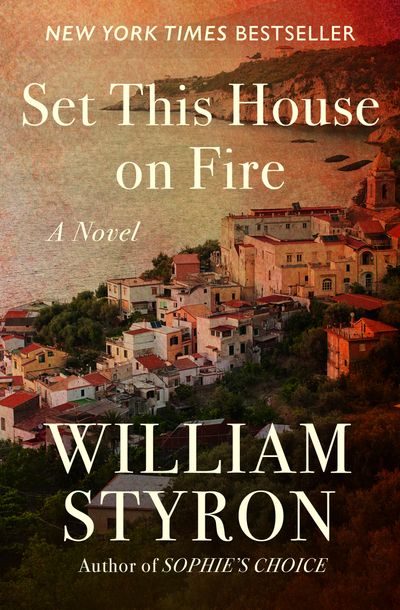 After years of meticulous research, Styron published the Pulitzer Prize-winning book The Confessions of Nat Turner at the height of the Civil Rights movement in 1967. This novel is based off of the real actions of the leader of the Virginia slave rebellion in 1831, which resulted in the death of over fifty white southerners. As a cruel and brutal picture of slavery is depicted, Nat Turner is portayed as neither a hero nor a villain, but as a man who reacted in the only way that can be expected after the endless atrocities inflicted upon him and his people.

Related: Who Was Nat Turner? 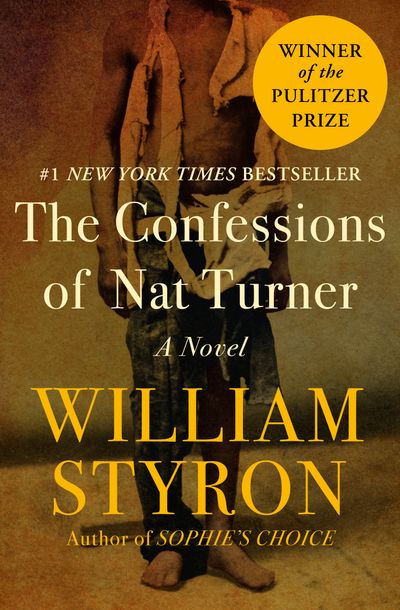 Once again pulling inspiration from his time in the Marines and his distaste for the dehumanization of the military, Styron published the play In the Clap Shack in 1973. Rife with dark humour, the story follows Wally Magruder, a young Marine who’s diagnosed with a severe case of syphilis. The physician at the Navy hospital, Dr. Glanz, becomes addicted to the power that comes with being the provider for the ill. Tired of having Dr.Glanz’ authority lorded over them, Magruder and his hospital comrades initiate a rebellion, but the path to personal freedom doesn’t come easy. 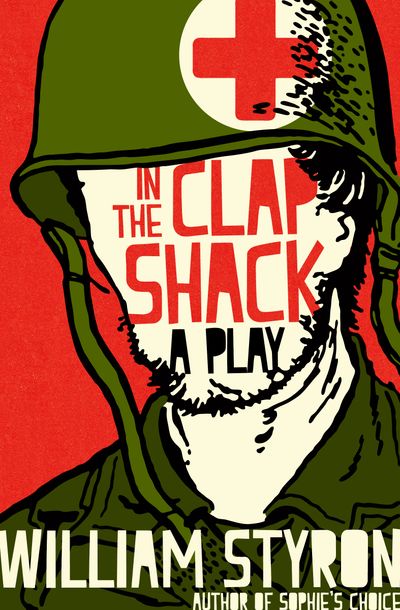 Perhaps his most well-known work, Styron’s novel Sophie’s Choice was published in 1979. Styron was inspired by memoirs such as Five Chimneys by Olga Lengyel and Commandment of Auschwitz by Rudolf Hoess. Though the book sparked controversy—much like The Confessions of Nat Turner—it also went on to win the 1980 National Book Award, and was adapted into a 1982 movie starring Meryl Streep, Kevin Kline, and Peter MacNicol.

Sophie’s Choice focuses on three primary characters: Sophie, a Polish Catholic survivor of Auschwitz; Sophie’s lover Nathan, a Jewish man who was brilliant and unhinged in equal turns; and Stingo, Nathan’s novelist neighbor who also happened to have feelings for Sophie. As their three lives intertwine, Styron explores the struggle of good and evil, the agony of tragedy, and the shocking nature of volatility. In this poignant drama, the trio unearth secrets which leave them forever changed.

Related: All I Have is a Voice: 12 Epic World War II Novels 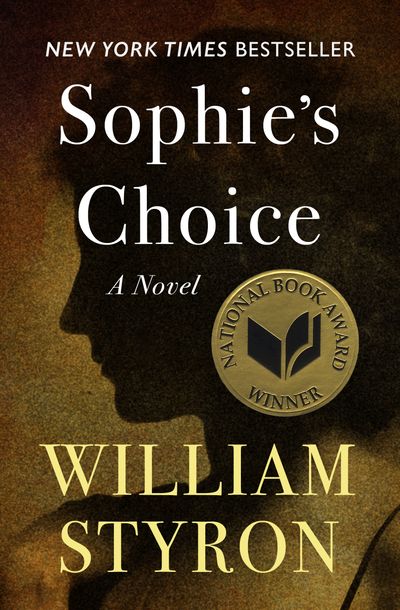 In 1982, Styron published This Quiet Dust, a collection of his nonfiction essays and writings. Deeply philosophical, this book unflinchingly dives into an exploration of morality. Styron touches upon hot button issues like the Holocaust, the American Dream, and the heated discussions around his most controversial work, The Confessions of Nat Turner. This compilation offers insight not only into some of the greatest American novels, but into the mind of one of the most insightful writers of the 20th century. 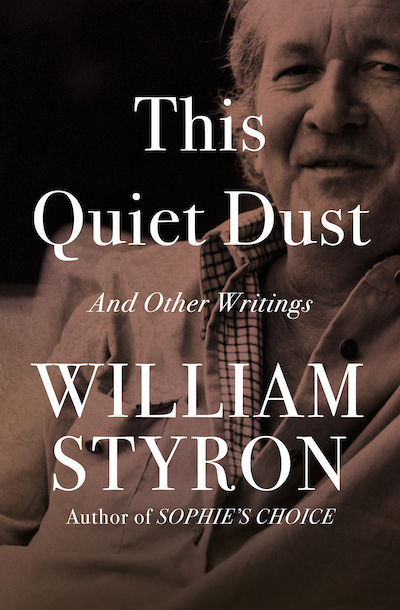 For William Styron, the mid-80s brought with it a terrifying darkness. Like his father before him, Styron was prone to clinical depression, and it was during that summer in 1985 that he suffered his first serious depressive episode which almost led to suicide. At the time, mental illness and suicidal thoughts were very much taboo, and public opinion on those matters were less than sympathetic. However, Styron was determined to speak out, and began with an op-ed piece in The New York Times in 1989.

The following year, Styron published Darkness Visible: A Memoir of Madness. This was an account of his personal struggles with apathy and despair, and how those feelings came to control his life. Styron tells of his decision to seek hospitalization, and the resulting time of recovery. While his experience with depression was a harrowing one, his story is not without triumph, and delivers a message of persistence and hope to those who suffer similarly from mental illness. 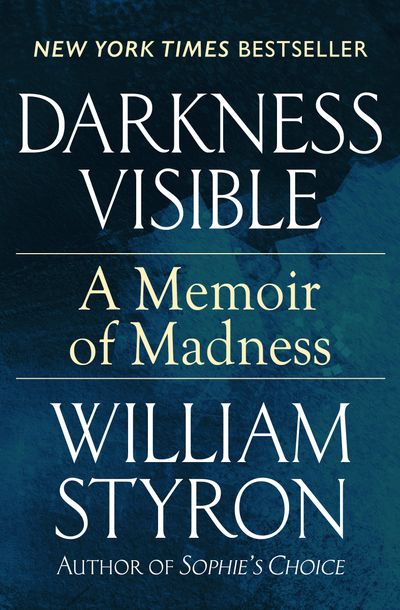 Styron went on to publish A Tidewater Morning in 1993, which is a collection of three novellas centered around young writer Paul Whitehurst. These semi-autobiographical stories bounce around in Paul’s life from 20 years old to 10 to 13. Readers follow him through his anxiety-ridden time in the Marines, his observations of the affects of slavery in the south, and his mother’s battle with cancer. Styron expertly builds bridges between the past and the present, highlighting the beauty of humanity with his vivid historical portraits. 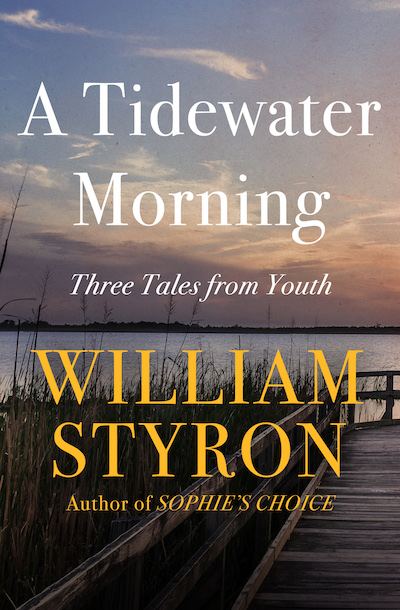 William Styron unfortunately passed away from pneumonia in 2006 at the age of 81. Following his death, three collections of his essays and nonfiction writings were published—Havanas in Camelot in 2008, The Suicide Run: Five Tales of the Marine Corps in 2009, and My Generation: Collected Nonfiction in 2015— as well as a collection of letters gathered by Styron’s wife, Selected Letters of William Styron, which was published in 2012.

Throughout his lifetime, Styron had been acknowledged as a keen writer with a deep connection to humanity. He was awarded such honors as the Prix mondial Cino Del Duca in 1985, the National Medal of Arts in 1993, and the very first Fitzgerald Award in 1996. While he may be gone, William Styron’s books and essays stand as a permanent and undeniable influence on American literature.