On Joan Didion: Her Books, Life, and Legacy

A woman with a love for the written word, and a dedication to the truth.

Joan Didion, renowned novelist and essayist, is most often revered for her crisp prose and bold, unapologetic depictions of social issues. She has penned five fiction novels, published thirteen nonfiction essay collections, had six screenplays produced, and wrote a play based on one of her books for a Broadway stage. Her journalistic roots have given her a firm and acutely authoritative voice, which has made her one of the most influential writers of her generation and a cultural legend.

Joan Didion was born in Sacramento in 1934 and grew up in California, reading every book she could get her hands on. While getting her degree in English from the University of California, Berkeley, she entered an essay contest sponsored by Vogue. She won the contest and was awarded a research assistant job at Vogue’s office in New York City.

Didion remained at Vogue for more than 10 years. During that time she worked her way up to the role of associate features editor, wrote for an array of other magazines and published her first novel in 1963, Run River.

Shortly after the publication of her novel, Didion married her editor—John Gregory Dunne—who was then a writer for Time magazine. The pair packed up and moved to Los Angeles, where a temporary stay became permanent. In 1966 the couple had the joy of adopting their daughter, Quintana Roo Dunne.

In 1968, Didion published her first nonfiction work, Slouching Towards Bethlehem. These essays center around her time in California, from her childhood in Sacramento to the wild counterculture of San Francisco. Didion’s revolutionary writing encapsulated the West Coast in the 1960s. Vivid and and brilliant, the essay collection propelled her forward into notoriety. 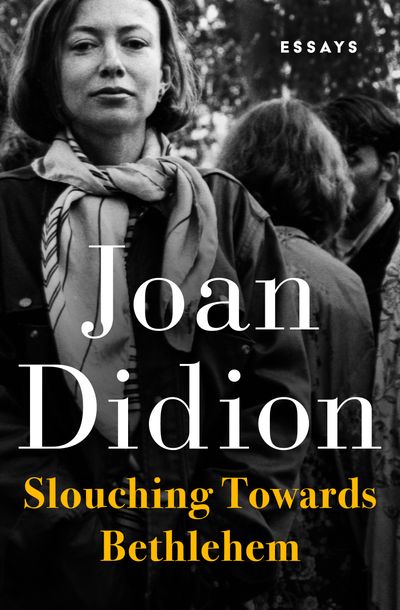 Didion returned to fiction writing for her next work, Play It as It Lays, published two years later in 1970. This novel follows the Hollywood life of small-time actress Maria Wyeth. Readers first meet Maria as she recovers from a mental breakdown, but the plot is intercut with flashbacks to the path that led her there.

From Maria’s girlhood in Nevada to her drug-laden and sexually unsatisfying present, Didion’s work puts a spotlight on the self-destructive and vapid qualities that tend to persist in Hollywood.

Related: Joan Didion’s Play It as It Lays: The Dark Heart of the American Dream 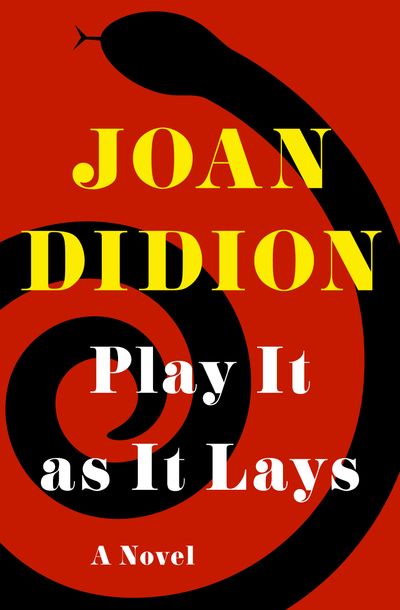 It wasn’t until nine years later that Didion published another nonfiction essay collection. The White Album opens with an essay that gives a deep insight into Didion’s personal life, detailing the anxiety and depression that she has struggled with. She refers to a specific incident in the summer of 1968, in which she had a nervous breakdown. A psychiatric evaluation declared she had suffered an attack of vertigo, but she received a more striking blow with the news that she had been diagnosed with multiple sclerosis.

Her essays go on to explore icons in the cultural landscape of the time. “Good Citizens” introduces readers to Nancy Reagan, while other works explore the Manson cult. Keen and precise, Didion’s essays are an invaluable snapshot of their time. 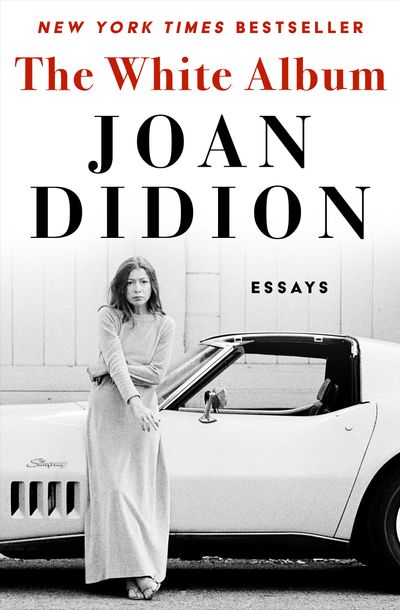 Later, in 1987, Didion published Miami, which is a social and political look at the Cuban expatriates who came to live in the Florida city. Regarded as one of her darkest collections, Didion reported upon the violence and dashed hopes set upon Cuban immigrants. She launches into details of Cuban history, alongside the effect of the Kennedy assassination and the Watergate scandal. She unflinchingly tackled America’s foreign policy, putting it under the microscope right next to the racial tensions overflowing on American soil. 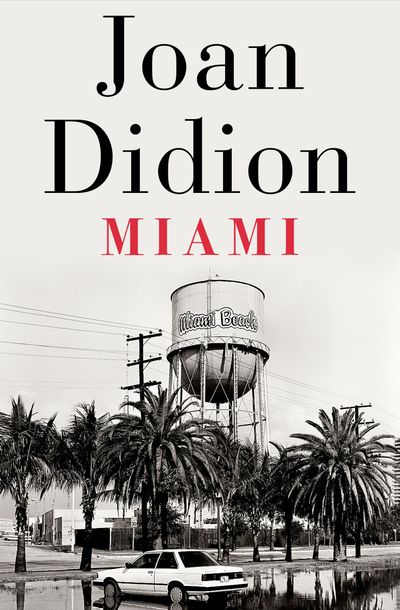 In 1991, Didion was one of the first to speak out against the trial of the Central Park Five. She regarded the guilty verdict to be a gross miscarriage of justice, and attributed it to a racial bias within the court system. With a critical eye, Didion dismantled the flaws within the prosecution’s case. While the Central Park Five would not see release or settlement until 2002, Didion put something vital into words—the media capitalizes on fear, and fear will bend the truth, even in courtrooms.

The following year, Didion published After Henry. This book includes twelve geographical essays, as well as a personal tribute to the late Henry Robbins, who had been her editor and close friend for thirteen years. This collection tackles topics such as the founders of the Los Angeles Times and the Reagan administration. “Sentimental Journeys,” the essay about the aforementioned Central Park Five, is also included. 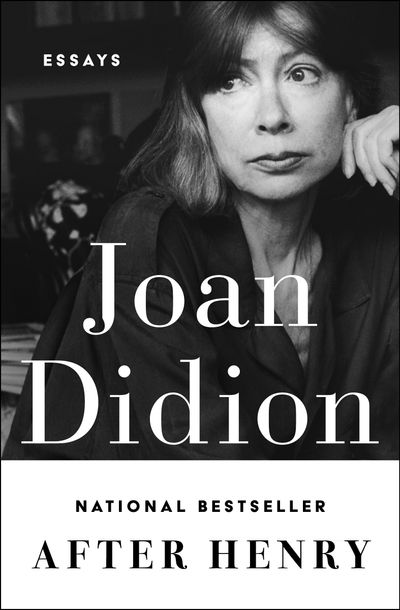 In 1996, Didion published another fiction novel: this time, a political thriller called The Last Thing He Wanted. In 2020, this became a Netflix-produced movie starring Anne Hathaway, Ben Affleck and Willem Dafoe.

In the early 2000s a series of tragedies befell Didion. Her daughter Quintana fell into a coma after a bout of septic shock, and while she lay in the ICU Didion’s husband suffered a fatal heart attack. Didion delayed the funeral until Quintana was well enough to attend, but after the funeral service Quintana acquired a head injury and suffered a massive hematoma. After six hours of surgery and a long recovery, Quintana died from unrelated pancreatitis in 2005.

Before her daughter had passed, Didion worked through her feelings about her husband’s death and Quintana’s illness in the memoir The Year of Magical Thinking. The heart-wrenching book was well received, and won the National Book Award in Nonfiction.

Didion later wrote about her daughter’s death in Blue Nights, which she published in 2011. This work is chillingly honest and personal. She reflects not only on her own childhood, but on the part she played in her daughter’s too short life. Profoundly diving into her own fears and doubts, Didion’s work boldly paints a portrait of the human condition.

In October of 2017, a documentary profiling Didion was released on Netflix. The film, The Center Will Not Hold, was directed by Griffin Dunne, her nephew. The scope of the documentary covers both her work and her personal life, and aside from interviews with the woman herself, archival footage is also incorporated.

Related: Get Ready for a Joan Didion Documentary

Over the last two decades, Didion’s work has continued to be recognized. In 2005 she won the American Academy of Arts and Letters Gold Medal in Criticism and Belles Lettres. In 2013, President Obama awarded her the National Medal of Arts and Humanities. And while she is well-deserving of the accolades lining her shelves, Joan Didion’s accomplishments are actually far greater: she has had an immeasurable impact on journalism and writing, and given a voice to communities that would have otherwise been overlooked.