Christina Crawford on Why It's So Important to Remember "Herstory"

The author of "Daughters of the Inquisition" tells us why she's so interested in women's history and how, by learning from the mistakes of the past, we can change the future.

Early Bird Books: This month we celebrate Women’s History Month. What does this month mean to you?

Christina Crawford: Women's History (Herstory) should be taught in schools and colleges as a regular part of the curriculum because the contributions of women should be given equal balance with that of men. If that were true, the issues of abuse, violence, unequal pay, harassment, and dismissiveness could not so easily be disregarded. Social justice would be more evident and not just “once in a while” when some scandal requires attention every ten years.

Daughters of the Inquisition, your chronicle of women’s history, is more relevant today than ever before. How can studying the history of women, particularly throughout the Inquisition, help shed light on today’s political climate and women’s rights?

The Inquisition is the dividing line in western culture between the rights and dignity of women, and the systematic, premeditated mass annihilation of both the body and spirit of females. If that sounds harsh...it is because that is the truth. And it is a truth that is consistently masked over, denied, and intentionally ignored in the hope that it will become invisible. However, the tactics of the Inquisition, both politically and socially, are very much with us today. Two examples are the implementation of religious doctrine by civil authority to the detriment of women but not men, and the political insistence that all citizens must believe exactly the same or be threatened with violence.

In order not to go backwards in our understanding of equal justice, we need to learn the terribly disturbing lessons of the Inquisition, which, after all, lasted over 500 years and changed everything we used to know about the rights of women. The Inquisition prevented women from going to college, from joining trade guilds, from even being in certain professions altogether. Today, we still struggle with unequal pay, domestic violence not being given adequate attention, and every woman's absolute right to choose. 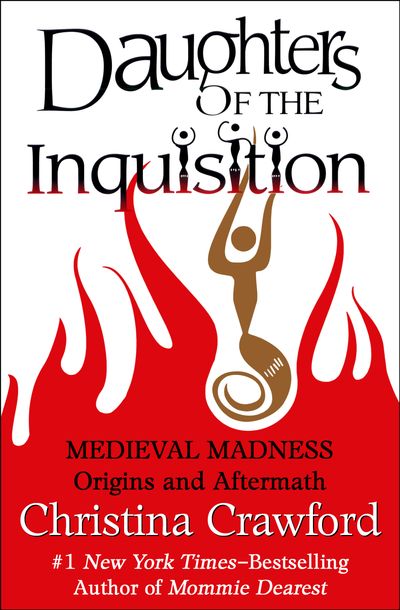 It took ten years to complete this expansive work. How did you go about researching the material?

Slowly! I began where the Inquisition begins. But after a while, none of it made sense to me. For instance: Why was there collusion between church and civil government? Why was it mandatory for everyone to "think" alike? Why were the punishments so severe? And why was there so much propaganda so fiercely set against women?

It was then that I decided to walk backwards in time to try and discover the real reasons, the real causes. And finally...there it was: the centuries-old battle between the indigenous peoples who believed in a female face of the deity, and the warrior invaders who believed only in their male god. And, that, with only minimal progress and lacking true balance, is where we still find ourselves today.

Want more books for Women's History Month? Sign up for the Early Bird Books newsletter and get the best daily ebook deals delivered straight to your inbox.

Throughout your books, from Mommie Dearest to Survivor, you have exposed longstanding injustices in the world. How do you feel Daughters of the Inquisition continues this theme?

For Western civilization, the 500-year Inquisition has been the most deeply devastating injustice imaginable. It ruined both the old and new worlds’ civilizations by imposing policies, doctrines, disenfranchisement, and total arrogance that disregarded existing customs or religions. It destroyed, without mercy, both women and people of color, and gave cover to those who would continue to do so into the future.

Related: Mommie Dearest Author Christina Crawford Opens Up About Her Past and How She's Moving Forward 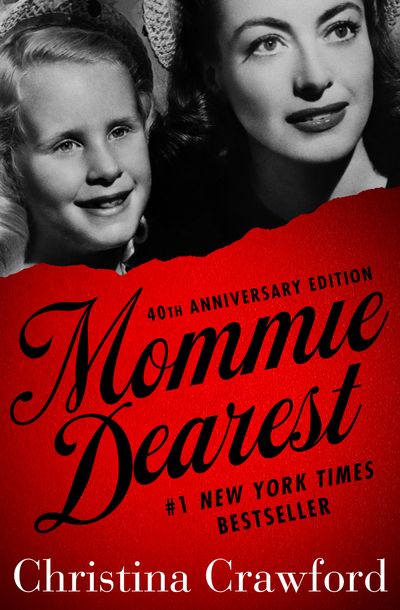 What initially drew you to women’s history?

My fascination with the story of women comes largely from my own personal quest for knowledge. I have always loved learning...and how humanity has made its journey from past to present. Unfortunately, much of that journey has been written and treated as fact by men of the English Victorian persuasion, at a time when women were not yet permitted to attend college—never mind write books of importance! We need to remember that it has been less than 100 years since women were empowered to vote, and it was around that same time that women were permitted to attend college. So, now it is our job—our privilege—to write Herstory as it really is.

Is there a part of “Herstory” you find particularly fascinating?

Yes, that part is the thousands of years where men and women lived productively and peacefully under the guidance of beliefs about the universe wherein a female face of the deity kept the world in balance. Actually, that deity provided for many different ways in which women could role model, could emulate. But it was not repressive of men, because for harmony to work, for peace to exist, everyone had to benefit!

Women’s History Month brings issues women currently face in the world to the forefront. How do you feel these challenges have changed, or not changed, since you began studying “Herstory”?

Right now could not be a more appropriate time for women to know the real background of their struggle to overcome the power imbalance we face.

The bravery leading to the "#MeToo" and "Never Again" movements will result in long-term change if both women and men see it in their own best interests.

I sincerely hope men, as well as women, learn the terrible history of the Inquisition; because even though, for the most part, men of wealth and power were the primary perpetrators, all men suffered. Men were subjugated, tortured, demeaned, and forced to become the witness enablers—even against their will if they wished to survive. I think that has lead to a crisis of the spirit that both men and women will have to resolve, albeit in different ways.

With its re-release in ebook, what do you hope for these new readers to take away from Daughters of the Inquisition?

The ebook publication of Daughters of the Inquisition is a magical gift! Now readers that have never had access to it do, since this book was previously never available outside the United States, not even to Canada. Now, it's available worldwide in English. As a writer, I have always felt a serious obligation to share this work, and now it is possible. I am so very grateful.

Want more books for Women's History Month? Sign up for the Early Bird Books newsletter and get the best daily ebook deals delivered straight to your inbox.