Beyond Politics: An Inside Look at the Life of Elizabeth Warren

Learn more about this political leader in Antonia Felix’s new book, Elizabeth Warren: Her Fight. Her Work. Her Life.

You may know Senator Elizabeth Warren as a leading politician in the Democratic Party and an advocate for middle class reform—as well as the woman who made the phrase “Nevertheless, she persisted” popular after being silenced in the Senate during the debate to confirm Jeff Sessions as Attorney General—but she’s so much more than that.

Born in 1949 to a middle class family in Oklahoma City, Oklahoma, Warren always aspired to be a teacher. After her father suffered a heart attack when she was just 12 years old, and was unable to return to work, Warren took jobs to help with the family’s finances. A star of her high school debate team, she won a debate scholarship to George Washington University when she was just 16 years old, but left the school after two years to marry Jim Warren.

The newlyweds moved to Houston where Jim Warren was employed, allowing the future Senator to enroll at the University of Houston and finish her degree there. While she was married to her first husband, Warren obtained her law degree from Rutgers University and had two children. Two years after Jim and Elizabeth Warren divorced, she met law professor Bruce H. Mann—but kept her first husband’s name after they wed.

An expert in bankruptcy law, Warren taught at several law schools—including her alma mater Rutgers University, University of Pennsylvania, and Harvard University—before entering the world of politics. In 1995, Warren began advising the National Bankruptcy Review Commission—helping to draft the commission’s reports and fight for consumer’s rights to file bankruptcy. Though she advised many financial committees leading up to her bid for Senate, she did not run for office until 2012.

Positioning herself as a champion for the middle class, Warren beat out incumbent Republican Scott Brown in 2012 to become the first woman U.S. Senator elected from Massachusetts. Warren joined a Senate with 20 female senators (out of 100)—the largest female U.S. Senate in history. Assigned a seat on the Senate Banking Committee, Warren is known for her firm line of questioning towards bank regulators—and has been involved in many high profile cases.

Up for reelection in 2018, there’s much more to learn about Elizabeth Warren. In her new book, Elizabeth Warren: Her Fight. Her Work. Her Life., Antonia Felix traces Warren’s career from her Oklahoma upbringing to becoming one of the leading experts on the economics of working Americans.

Click here to read an excerpt from Elizabeth Warren: Her Fight. Her Work. Her Life., and then download the book.

Elizabeth Warren: Her Fight. Her Work. Her Life. 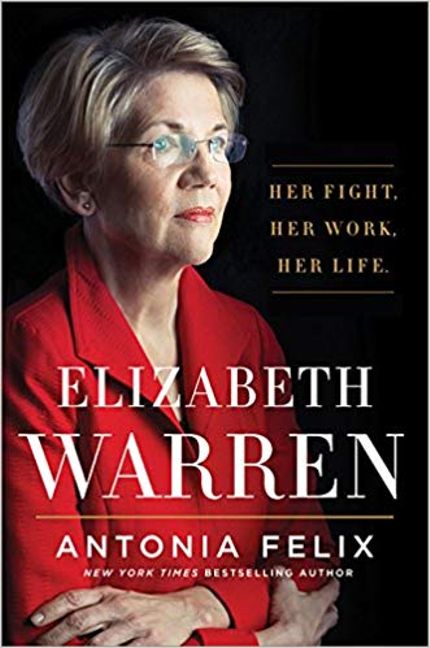