After about six months together, in October 2009, Brendan and I left New York and ran off to Italy for the winter. We lived for three months in the stone house where Brendan’s aunt and mother had lived as schoolgirls, a renovated 16th-century convent up in the Florentine hills, an hour’s walk from the city. On our first morning in Tuscany, we stood out on the bedroom terrace at dawn, listening to roosters yelling all over the valley while the sky over the wooded hills turned neon pink and orange.

Nets lay under the olive trees, and men on ladders picked olives all day to fill them. The air was smoky from the burning branches. When it was time, we went with Fabio, the villa’s caretaker, to the Cooperativa Agricola. The truckload of olives was dumped onto a conveyer belt that took them into the washer and sorter, and then a long, intricate journey of pressing and turning that finally, two hours later, ended with streams of fresh golden oil pouring from a spout to fill eight or nine enormous, stoppered vats. We came home with a glass bottle of freshly pressed, super-virgin, organic oil to keep by the stove. It was bitter and rich and tasted like nothing else on earth. We poured it on salads but didn’t cook with it—it was too raw. For cooking, we used oil from last year’s pressing, which had mellowed and aged a bit.

We drank quantities of wine from the villa’s grapevines; apparently our consumption was the talk of the village. It was thin and slightly acerbic, but light and subtle as well, almost like liquid Valium. Every week or so, when we ran out, Fabio would fill more wine bottles for us from the demijohn in the tool shed and corked them with a manual press—he put the bottle in and set a cork in and pulled the lever and presto, a bottle of wine.

Every day, at around two o’clock, we took the same walk along a high ridge through vineyards and along tiny Tuscan country roads, a big loop that brought us through the village, where we had a little coffee and bought supplies—clementines, a whole chicken, a broccoflower—and then climbed up a very steep hill through a neighbor’s olive grove and came home again a slightly different way, two hours’ fast walking. On the ridge, there was an amazing view—Florence down below on the left, and on the right, a lush terraced valley and mountains with long fingers of fog in the high gulches.

We slept in the master bedroom with the heat on. We set up two desks in the two deep casement windows, side by side against the wall opposite the big, cozy bed, separated by a trunk and an armchair. We spent our days and nights in this room, writing, sleeping, and watching movies on our laptops. We kept the doors to the terrace and hall closed: this was the warmest room in the house, and winter in Tuscany turned out to be bone-deep cold, often wet and grey. 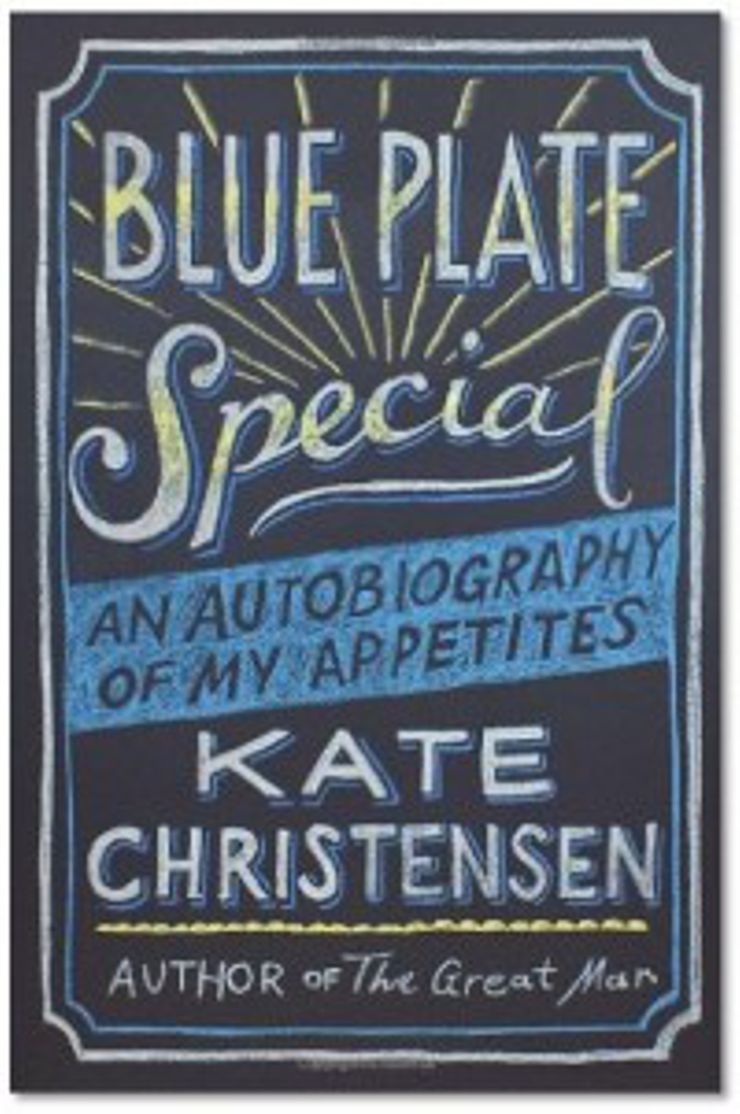 The huge kitchen was down the stone staircase and at the other end of the house through a long tiled hallway. Most evenings, Brendan cooked for me while I sat at the table, wrapped in my warm bathrobe, drinking wine: bisteca alla Fiorentina, gnocchi in sage and butter sauce, pasta with a velvety sauce of spinach and leeks, or mushrooms in mascarpone. While he was growing up, Brendan had learned to make classic, simple, rustic Italian dishes from his father, who learned many of them from Marcella, the villa’s now-retired cook and housekeeper: roast leg of lamb served with green pepper-apple-onion curry, Arborio rice, and Major Grey’s mango chutney; tender osso buco; an eggplant-pepper peperonata so silky it melted in your mouth; lasagna made by alternating layers of two sauces, Bolognese and Bechamel; breaded veal cutlets, crisp and thin, with fresh chopped tomato-and-basil sauce. Brendan also made a Sicilian eggplant pasta known as alla Norma, a pure alchemy of olive oil, garlic, eggplant, basil, and ricotta salata, mixed well into a bowl of hot, freshly cooked pasta and served with more grated cheese.

Only our long hilly daily walks saved us from getting fat, and they didn’t, entirely. In fact, we both developed soft, round stomachs we half-affectionately, half-perplexedly nicknamed our “Italy bellies.”

In November, we deviated from our orgy-like Italian feasts and cooked an American one. We ordered a local Italian turkey ahead of time; it arrived looking svelte and sleek, a completely different animal from the turbocharged, plump-chested American turkeys. In Florence, at the American store, we’d found Ocean Spray cranberry sauce and canned pumpkin. I cut herbs from the bushes outside the kitchen door, picked persimmons from the tree and brought them in to ripen in a bowl in the pantry. With Italian cornmeal, I made cornbread a day in advance for the stuffing; from the butcher in Grassina, we bought spicy pork sausages and pancetta.

On Thanksgiving Day, Brendan and I cooked a traditional American Thanksgiving dinner for his cousin, who was living in her house nearby, and an entire local family, friends of their family: two parents in their early 70s, one of their daughters and her husband. All morning, bent over with a knife, concentrating, Brendan painstakingly peeled a heap of pearl onions, then parboiled them with a bay leaf and stirred them into a béchamel. We made the works: cornbread stuffing with sausage and sage, buttery, peppery mashed potatoes with glossy, rich gravy, Brussels sprouts roasted with pancetta and thyme, green beans with almonds, a salad of oranges, walnuts, and bitter greens, and for dessert, pumpkin pie and steamed persimmon pudding with hard sauce. The father of the family brought many bottles of excellent Chianti and a small bottle of vin santo to drink with dessert.

The roasted, stuffed, slender turkey was magnificent: golden, cracking, tender, juicy. We arranged the food on ceramic platters on the sideboard in the big formal dining room and sat at the long, ornate table with candles lit, draped with a white linen cloth, set with Brendan’s grandmother’s fine china, silver, and crystal. We poured wine, toasted, and began to eat. The food was very good, I thought; I was proud of how well it came out, how authentic it tasted even with Italian ingredients. Brendan and I ate the usual amount, big platefuls, smaller seconds, and then we leaned back, sleepy and full.

But the Italians didn’t stop with seconds. Even the small, elegant mother of the family went back for fourths, fifths. They ate and ate. They exclaimed politely over the food: how good it was, how they’d never eaten anything like it.

For the first Thanksgiving in my life, there were almost no leftovers. And we drank most of the wine. Even the pies and the persimmon pudding were decimated.

Afterwards, late that night, long after midnight, after two rounds of dessert, vin santo, more wine for a final nightcap, they all leapt up and walked nimbly away from the table, bright-eyed and wide awake. We Americans had fallen into the traditional post-Thanksgiving stupor, but they seemed ready to eat another go-round, if there had been anything left to eat. They drove off in a flurry of cheek kisses and ciao-ciao’s.

Of course I was wildly flattered that they’d all eaten so much. But it also took me aback, and not only because I’d hoped for leftovers. I felt instinctively that the food had not been substantial enough for these Italians. Maybe this was due simply to a lack of pasta. But Italy is a place with a far deeper, more entrenched and powerful history than ours: our American traditional Thanksgiving harvest feast, the subject of so many jokes about being overstuffed, sleeping through football games in the living room, unzipping jeans, and not eating again for days, didn’t fill up those Italians. Not even close.

Persimmon Pudding
Recipe Type: Dessert
Author: Kate Christensen
The insides of 3 persimmons whizzed in the blender yielded exactly 1 cup of golden pulp. I steamed the pudding for the full 2 hours, as instructed. It was so good, I wolfed down 2 slices of it before it had even cooled. (It’s really a rich, dense cake, not a pudding at all.)
Ingredients
Instructions
3.2.2925

Portions of this essay were published in Blue Plate Special, by Kate Christensen, from Doubleday, which you can download on Amazon, iTunes, and Barnes & Noble. 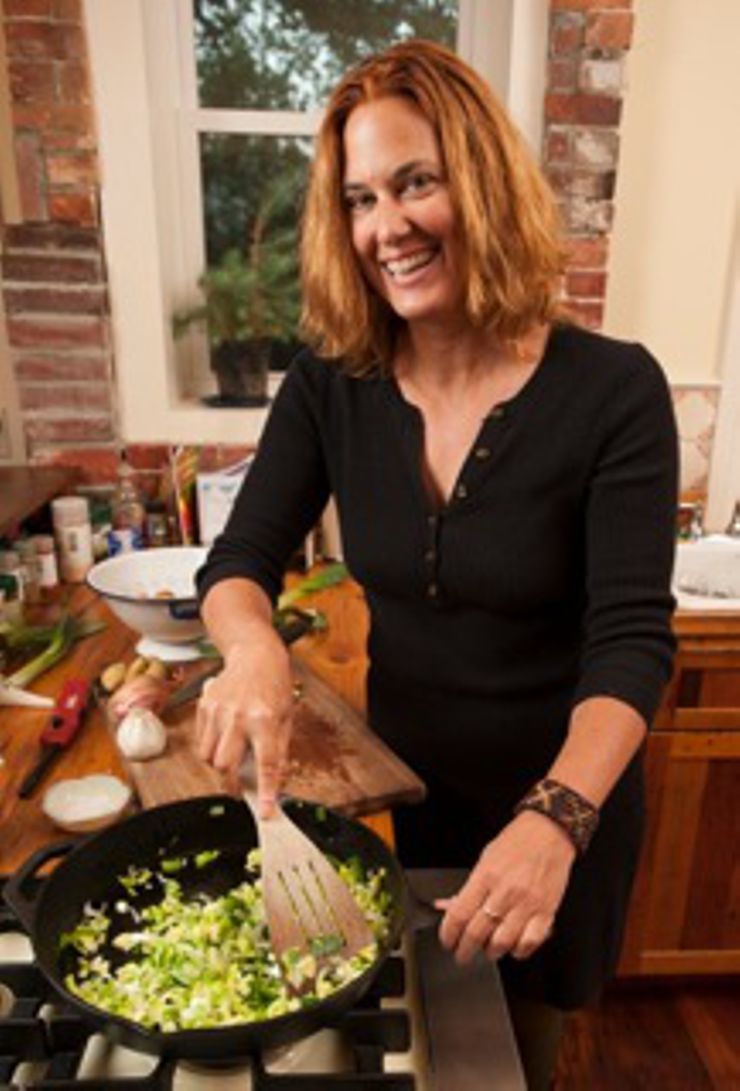 Kate Christensen is the author of six novels, including The Epicure’s Lament and The Great Man, which won the 2008 PEN/Faulkner Award for Fiction, as well as two memoirs, Blue Plate Special and How to Cook a Moose. She writes essays and reviews for numerous publications, most recently Elle, The New York Times Book Review, Bookforum, Cherry Bombe, Vogue, Food & Wine, and The Wall Street Journal. Christensen lives in Portland, Maine, and the White Mountains of New Hampshire. Her new novel, The Last Cruise, is forthcoming from Doubleday.