Jane Eyre is imperfect—and far more appealing for it.

Jane Eyre is one of those novels that has become an almost inescapable part of both “high” and “middle-brow” cultural consciousness. It’s the inspiration for the Rebecca, Daphne du Maurier's gothic romance; a groundbreaking feminist scholarship (e.g. The Madwoman in the Attic); and foundational postcolonial counter-narratives (e.g. Wide Sargasso Sea) alike.

Even people who haven't read Charlotte Brontë’s first published novel have probably encountered the story in one of the numerous screen adaptations—almost all of which star actors far too attractive to realistically portray “poor, obscure, plain, and little” Jane Eyre and “ugly” Edward Rochester. It’s a testament to the pervasiveness of Jane Eyre that I was surprised to realize a solid decade had passed since I last read the book.

Want more of the classics? Sign up for the Early Bird Books newsletter, and get the best daily ebook deals delivered straight to your inbox.

But I’ve often been reminded of my love for Jane Eyre in that intervening time. I remembered admiring Jane for standing up to Rochester, and appreciating how Brontë brought Rochester down a few notches in order make the pair more equally matched when they finally get together. But in re-reading the book, I realized that I had last read it with a rosier, more romantic perspective. I had been more attentive to the marriage plot than I was to how kick-ass Jane Eyre is as a character. She’s angry, passionate, roiling with emotions and a need to love and be loved. In other words: She’s imperfect, and far more appealing for it.

Reading Jane Eyre this time around, it dawned on me that the story begins with its protagonist finding her voice and independent spirit. Although the novel often gets classified as a bildungsroman, Jane arguably comes into maturity in the opening pages, when she refuses to stifle her passion. As the unloved ward of Mrs. Reed, her aunt (by marriage), Jane has experienced little love and much resentment in her first ten years of life. But when she finds herself unjustly punished for fighting back against her abusive cousin, John, Jane “resisted all the way: a new thing for me.” When Mrs. Reed exaggerates Jane’s offenses to the odious Mr. Brocklehurst—the director of the Lowood school to which Jane gets banished—Jane cannot stay silent. As “a passion of resentment fomented now within me,” Jane realizes, “Speak I must: I had been trodden on severely, and must turn: but how? What strength had I to dart retaliation at my antagonist? I gathered my energies and launched them.”

“I had been more attentive to the marriage plot than I was to how kick-ass Jane Eyre is as a character.”

And at most of the critical moments in her life, Jane does speak. She knows herself and her feelings well enough to voice them, and she does not stay silent out of deference to hierarchy. Instead, she challenges the illogic of hierarchies, placing herself on equal footing with the men who try to coerce her into unfulfilling unions (both Mr. Rochester and St. John Rivers, in different and yet similar ways) and rejecting their terms. I had remembered Jane’s bold declaration to Mr. Rochester: “‘I am not talking to you now through the medium of custom, conventionalities, nor even of mortal flesh;—it is my spirit that addresses your spirit; just as if both had passed through the grave, and we stood at God’s feet, equal,—as we are!’” But I hadn’t remembered how this moment of resistance and honesty is just one of her many moments of strength, self-awareness, and defiance.

As Jane contemplates succumbing to Rochester’s entreaties to live with him out of wedlock (given the inconvenient existence of his mad wife), she almost yields to her desire to “‘soothe him; save him; love him; tell him you love him and will be his. Who in the world cares for you? or who will be injured by what you do?’” And then she realizes: “‘I care for myself. The more solitary, the more friendless, the more unsustained I am, the more I will respect myself.’” It’s a realization she echoes when faced with St. John’s proposal of a loveless marriage dedicated to missionary work. Jane feels that she could accompany St. John as a friend, because “there would be recesses in my mind which would be only mine, to which he never came … but as his wife … forced to keep the fire of my nature continually low, to compel it to burn inwardly and never utter a cry, though the imprisoned flame consumed vital after vital—this would be unendurable.”

Sure, the last chapter’s famous first line, “Reader, I married him” is all well and good—and I certainly appreciate the active role Jane Eyre assumes in the union (as many have pointed out, it’s not “Reader, he married me”). But in re-reading Jane Eyre, I was more taken this time around with Jane’s passion, defiance, and intimate understanding of herself. 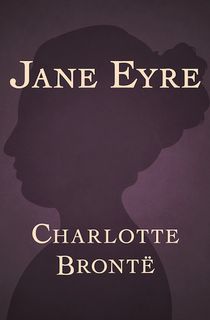 Want more of the classics? Sign up for the Early Bird Books newsletter, and get the best daily ebook deals delivered straight to your inbox.