The Laborious Birth of Jane Eyre

Discover the story behind Jane Eyre in Juliet Barker's astounding biography, The Brontës.

From her father’s failing eyesight to the futile love affair that would inspire the character of Edward Rochester, the plot of Jane Eyre had been brewing for some time in the brilliant mind of Charlotte Brontë.

In honor of her 200th birthday on April 21, 2016, read more on how one of the greatest works of English literature came to be in this excerpt from Juliet Barker’s monolithic biography, The Brontës: Wild Genius on the Moors—The Story of Three Sisters. 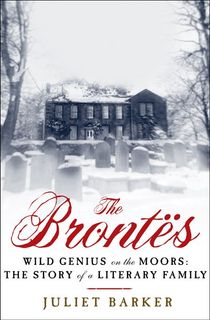 Though it is tempting to see Jane Eyre as the result of some inspirational flash of genius, in fact the ideas for the novel had been floating around in Charlotte’s head for some time. Gateshead Hall and the St. John Rivers scenario had been the subject of manuscript fragments she had written as long ago as 1844 and Rochester himself, with his pride and sarcastic wit, his string of past mistresses, illegitimate child and overwhelming attractiveness to women was a re-creation of her childhood hero, Zamorna, in all but his physical appearance. A single new element came into play, however, which was to transform this unpromising rehash of Angrian material into one of the greatest novels ever written in the English language. Perhaps learning from her Brussels chapters in The Professor, Charlotte began to draw on personal experience to flesh out her characters and scenes. Jane Eyre’s childhood sufferings at Lowood School at the hands of Mr Brocklehurst were a searing and immediately recognizable indictment of Wilson’s Clergy Daughters’ School. In the saintly Helen Burns, too, she drew from life, taking as a model her eldest sister, Maria. Ironically, this was the one character the reviewers were to find fault with, considering her too good to be true, though Charlotte staunchly defended her. ‘You are right in having faith in the reality of Helen Burns’s character:’ she told William Smith Williams, ‘she was real enough: I have exaggerated nothing there: I abstained from recording much that I remember respecting her, lest the narrative should sound incredible.’

Because the novel began with such an intensely personal re-creation of Charlotte’s deeply harrowing days at the Clergy Daughters’ School, bound up as it was with a reliving of the terrible anger and grief caused by her sisters’ deaths, Jane Eyre opened with a passion that had been totally absent from all her earlier literary efforts. It was an emotion that was to sweep through the entire novel, from the young Jane’s violent denunciations of the injustices inflicted on her to the adult’s equally spirited declaration of her own self-worth . . .

Through the medium of her creation, Charlotte was at last able to articulate all the pent-up emotion which had been fermenting in her soul for the last four or five years. She could not declare her love for Monsieur Heger in such shameless terms, but her heroine could and would. Like Monsieur Heger, Mr. Rochester was married, and Jane, like Charlotte, would take the moral line and flee from temptation; but Jane, unlike Charlotte, would eventually win her man. In the essential morality of the tale–so unlike Charlotte’s Angrian writing–whereby the heroine unwittingly sins by falling in love with a married man, suffers in separating from him and is redeemed and rewarded in the end – it was almost as if Charlotte was trying to prove to herself and Branwell that she had taken the right path. The alternative to tearing oneself away from a married lover was to subject oneself to ‘a constant phantom, or rather two – Sin and Suffering’. in Branwell she had an object lesson of her own fate had she given in to her inclinations.

In the uncongenial surroundings of the narrow, red-brick terraces of urban Manchester, Charlotte began the first draft of her new novel in her customary fashion, using a pencil to write in little square paper books which she had to hold close to her eyes because of her shortsightedness. She wrote steadily for the five weeks she remained in Manchester, her work providing a welcome relief from anxiety about her father’s slow progress. Mr. Wilson had expressed confidence from the start, however, and five days after the operation Patrick’s bandages were removed. He could only see dimly but ‘Mr Wilson seemed perfectly satisfied, and said all was right.’ Two weeks later Patrick’s sight was still weak and his eyes sore, but he was able to sit up for most of the day in his darkened room.

By 22 September, after agitating for over three weeks, Charlotte was finally given permission by Mr. Wilson to dismiss the nurse, whom she had found ‘too obsequious &c. and not I should think to be much trusted’. Within a week they were at home, their release hastened by Mr. Wilson’s departure for Scotland. Once on familiar territory, Patrick rapidly regained his strength and, to his infinite joy, gradually recovered his sight.

Remembering that her previous attempt to make her hero a son of Adam, sharing Adam’s doom, had signally failed to attract a publisher’s attention, she deliberately reverted to ‘the wild wonderful and thrilling–the strange, startling and harrowing’. The inspiration for Rochester’s mad wife, locked up in the attics of Thornfield Hall, came from a number of sources, including a local story of a house on the borders of the parishes of Haworth and Oakworth where, according to the Oakworth curate, James Chesterton Bradley, the insane wife of the owner was kept incarcerated. Her depiction of the nature of Bertha’s madness, with its venom and violence directed chiefly against her husband, seems to have owed at least something to Ellen Nussey’s confidences about her brother George. Recently confined in a private asylum near York run by the enlightened Dr. Belcombe, George’s condition varied considerably. He was visited by Ellen just at the time Charlotte was writing the Thornfield chapters and her account of his behaviour obviously intrigued Charlotte: ‘[h]is delusion is one of the most painful kind for his relations – how strange that in his eye affection should be transformed into hatred – it is as if the mental vision were inverted–and such is no doubt the case–the change in his brain distorts all impressions.’ Henry Nussey’s pragmatic offer of marriage provided the model for St. John Rivers’ proposal, from which Jane was only saved by the magical intervention, in the truest tradition of Charlotte’s Angrian tales, of Rochester’s spirit calling aloud to hers across the miles that separated them.

The tragic story of the Brontë family has been told many times: the half-mad, repressive father; the drunken, drug-addicted brother; wildly romantic Emily; unrequited Anne; and “poor Charlotte.” But is any of it true? These caricatures of the popular imagination were created by amateur biographers like Elizabeth Gaskell who were more interested in lurid tales than genuine scholarship.

Juliet Barker’s landmark book is the first definitive history of the Brontës. It demolishes the myths, yet provides startling new information that is just as compelling—but true. Based on firsthand research among all the Brontë manuscripts and among contemporary historical documents never before used by Brontë biographers, this book is both scholarly and compulsively readable.

The young orphan Jane Eyre inhabits a fragile position. Born to a good family but with no wealth of her own, Jane is sent to live with her uncle’s family—an arrangement that turns sour when he dies—and then to Lowood, a punitive and tyrannically run boarding school for girls. As she matures into adulthood, Jane’s fiery spirit and independence grow more acute, as does her sensitivity to the world around her. Now governess of the secluded Thornfield Hall, the first place she has ever really felt at home, Jane falls in love with the passionate and impulsive Edward Rochester, master of the house. Just when it seems her luck has finally changed, Jane discovers the secret of the attic—a terrible revelation that threatens to destroy her dreams of happiness forever. 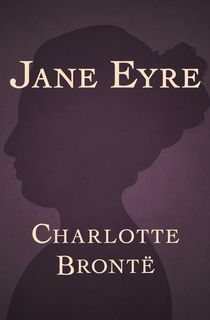