Jon Land Takes on a Classic as the New Voice Behind the Jessica Fletcher Murder, She Wrote Book Series

In anticipation of his upcoming Murder, She Wrote novels, the bestselling author reflects on continuing such an iconic series.

I got the call from my agent on a Sunday afternoon last May.

“Don Bain isn’t well,” he said, referring to another client who’d penned all 46 titles in the Murder, She Wrote series. “He’s not going to be able to write the ‘Murder, She Wrote’ books anymore. Would you be interested in taking the series over?”

It took me all of two seconds to respond.  “Absolutely,” I said.

Of course, at that point I had no idea what I was in for because I’d never read a single book in the series, although I was a huge fan of the spectacularly successful television show on which they were based. I’d also never written in first person, much less from the viewpoint of a woman in her 60s. As a thriller author, I’d also never written a mystery, never mind a cozy.

But this isn’t a market to look a gift horse in the mouth. The opportunity was too great to pass up and I proceeded to craft a compelling argument to Don Bain, who I knew and greatly respected as a writer, that I was the right author to replace him, even though I couldn’t be sure at that point I was.

Fast forward almost a year . . .  My first effort, A Date with Murder, will be published May 1 and response so far has been astoundingly positive. And I just turned in my second book writing as Jessica Fletcher, Manuscript for Murder, which is slated for publication in November. What’s happened in between has been among the best, and most fortuitous, experiences of my entire career.

How exactly, though, does a long-time, hardcore thriller author transition to softer mysteries with a far lower body count and when the country or even the world are not at stake?

Glad you asked! Fortunately, Don had worked with his grandson Zach, who’d become a crucial collaborator for me, on the first 60 or so pages of A Date with Murder. Enough to give me a notion as to the story and, more importantly, a direct link to Jessica’s voice. Finding that voice myself, in my own head, became the first challenge. But it was one that came to me with surprising ease and in true organic fashion. Getting into Jessica’s head became as simple as channeling Angela Lansbury from the classic TV show. I pictured her behind every page, speaking every line.

My mother was also a fan of the show and she plays a big part in all this too, thanks to her subscribing to the Mystery Guild, a book club that provided front list titles in special editions. So our bookshelves were full of classic titles by Agatha Christie, Rex Stout, Earl Stanley Gardner, Ed McBain and many more, and in my early teens I devoured more of them than I can count. I can still remember some of those tales and I decided in writing the Murder, She Wrote series that I’d try to recapture the same feeling I got in reading them.

No easy task, given the fact that Jessica Fletcher is almost without question America’s most famous (amateur) detective. More well-known than Hercule Poirot, Perry Mason and maybe even Sherlock Holmes, never mind the slew of wonderful modern-day sorts from Robert Parker’s Spenser to Sue Grafton’s Kinsey Milhone to Patricia Cornwall’s Kay Scarpetta. That’s a huge challenge for any writer, much less one used to penning only thrillers.

Meanwhile, finding Jessica’s voice might’ve been my first challenge, but the next one was blending it with my own. My style makes great use of hooks, cliff-hangars, and plot twists—often so many of them you have to stop to catch your breath. Almost overnight, A Date with Murder transformed into a hybrid mystery-thriller. A mystery because Jessica is trying to solve the murder of a trusted friend; thriller because she ends up risking her own life to expose a nefarious plot connected to a sinister Internet dating service. I wasn’t going too far out on a limb because Don Bain’s books had often cast her in the role of crusader, solving a murder that hits close to home.

Want more mysteries and thrillers? Sign up for the Early Bird Books newsletter, and get the best daily ebook deals delivered straight to your inbox.

I went into the series knowing that first and foremost I needed to capture the series’ core audience that loves the bucolic setting of Cabot Cove and the regular, established cast of characters Jessica interacts with and plays off of. For the dialogue, I relied on the quick, tart and witty exchanges between Angela Lansbury and the late, great Jerry Orbach as Harry McGraw or Ron Masak as Sheriff Mort Metzger. I wasn’t out to reinvent the wheel, you see, just make it churn a little faster. I’m not sure what was more amazing: How swiftly I took to the process or how naturally Jessica’s words and thoughts started to flow for me.

I wanted to make the series mine, put my stamp on it. But Murder, She Wrote doesn’t belong to me and never will. It belongs to the tens of millions of readers and viewers who’ve come to cherish the stories, watching or reading them over and over again while trying to keep up with Jessica Fletcher.  Like all great fictional heroes, she’s timeless, ageless, eternal. After me, someone else no doubt will take the reins of this series. While they’re in my hands, though, I’m grateful for the opportunity enjoy the ride at the same time I give you and all readers the best one I can.

So is A Date with Murder a cozy, a mystery, a thriller? You know, I’m not sure. I do know that I had a blast writing it and here’s hoping you have a blast reading it.

Bone up on Murder, She Wrote, the TV series, during a day long marathon on Hallmark Mysteries, Movies & More network, Sunday, April 8, 2018. Then, check out these Jon Land penned books in the Murder, She Wrote book series published by Penguin Random House. 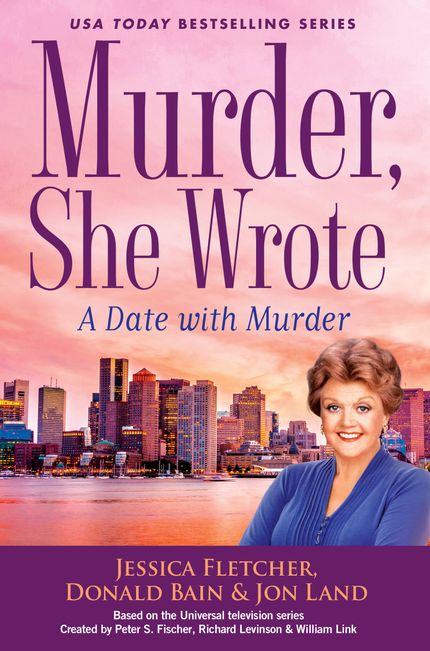 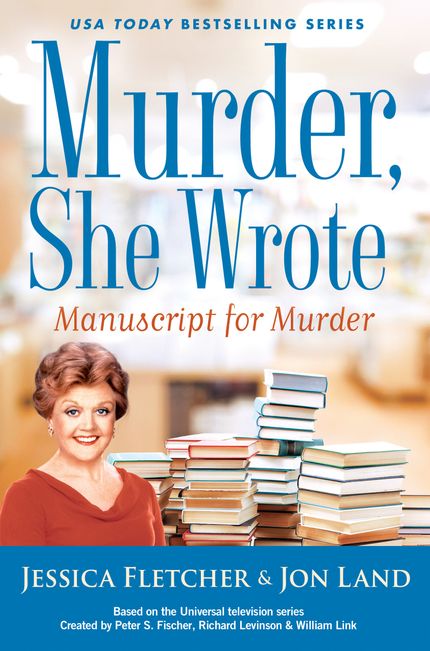 Want more mysteries and thrillers? Sign up for the Early Bird Books newsletter, and get the best daily ebook deals delivered straight to your inbox.