[CLOSED] Giveaway: Love Lettering Is the Perfect Book for Fans of Romantic Comedies

Fifty lucky winners will receive a copy of Kate Clayborn's warm and witty novel about the power of love and words.

Love Lettering stars Meg, a Brooklyn artist who uses her hand-lettering skills to make custom journals and planners. But that isn't her only talent. Meg is also adept at reading signs that others easily overlook, including the clues that Reid Sutherland's upcoming nuptials will end in disaster. So when she inserts a warning into the program she's designed for his wedding, she assumes no one will ever see it . . .

Except someone does. Fast forward one year later, and Reid himself is at Meg's door, asking how she knew his marriage was doomed from the start. As the pair grows closer, Meg must call upon her talents to pinpoint what's going on between her and Reid. And if she's reading the signs correctly, the sparks between them aren't leading to a broken heart—they're leading to a once-in-a-lifetime love.

We've partnered with Kensington Books to give away 50 exclusive early copies of Love Lettering! Enter before November 18 for your chance to win this gorgeous romance novel.

(Note: This giveaway has ended. If you want to be the first to know about future giveaways and other book deals, sign up for The Reader newsletter below.)

Sign up for The Reader newsletter to receive book recommendations, news and book deals from Early Bird Books. 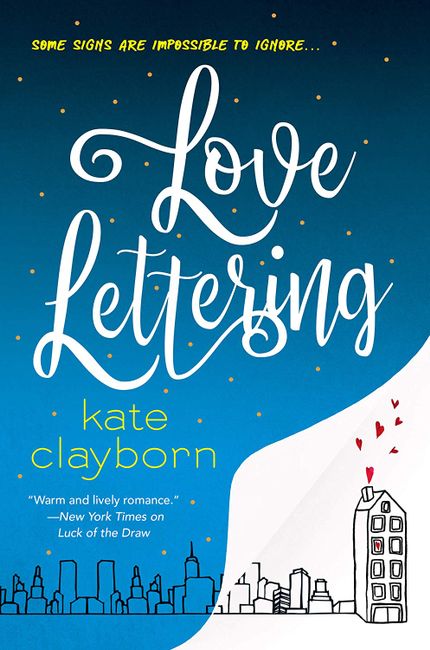 Meg Mackworth’s hand-lettering skill has made her famous as the Planner of Park Slope, designing custom journals for her New York City clientele. She has another skill too: reading signs that other people miss. Knowing the upcoming marriage of Reid Sutherland and his polished fiancée was doomed to fail is one thing, but weaving a secret word of warning into their wedding program is another. Meg may have thought no one would spot it, but she hadn’t counted on sharp-eyed, pattern-obsessed Reid.

A year later, Reid has tracked Meg down to find out how she knew that his meticulously planned future was about to implode. But with a looming deadline and a bad case of creative block, Meg doesn’t have time for Reid’s questions—unless he can help her find her missing inspiration. As they gradually open up to each other, both try to ignore a deepening connection between them. But the signs are there—irresistible, indisputable, urging Meg to heed the messages Reid is sending her, before it’s too late . . .

Note: The sweepstakes is open to all legal residents of the 50 United States and Washington, D.C. who are 18 years of age and older by November 8, 2019.