In 'On the Road to Florida,' Jack Kerouac described what it was like to take a road trip with Robert Frank.

On September 10, 2019, revolutionary photographer Robert Frank passed away at the age of 94. The Swiss-American artist and documentary filmmaker is best remembered for his 1958 book The Americans, a collection of photos that used banal moments in everyday American life to highlight class differences. The stark photobook featured images such as children riding a trolley in New Orleans, people on the street, shoe shiners, and women chatting over coffee in a diner. As Jack Kerouac famously said, the book "sucked a sad poem out of America."

Kerouac, who also wrote the introduction for The Americans, was a good friend of Robert Frank's. In 1958, the two took a road trip together to Florida, an experience that Kerouac reflected on in Good Blonde & Others, a book of travel essays. In honor of Robert Frank's memory, below is an excerpt from Kerouac's essay "On the Road to Florida."

Related: Beyond On the Road: The Other Jack Kerouac 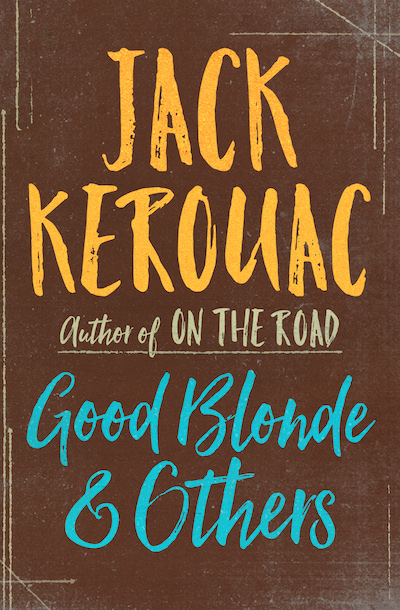 On the Road to Florida

Just took a trip by car to Florida with Photographer Robert Frank, Swiss born, to get my mother and cats and typewriter and big suitcase full of original manuscripts, and we took this trip on a kind of provisional assignment from Life magazine who gave us a couple hundred bucks which paid for the gas and oil and chow both ways. But I was amazed to see how a photographic artist does the bit, of catching those things about the American Road writers write about. It’s pretty amazing to see a guy, while steering at the wheel, suddenly raise his little 300-dollar German camera with one hand and snap something that’s on the move in front of him, and through an unwashed windshield at that. Later on, when developed, the unwashed streaks dont harm the light, composition or detail of the picture at all, seem to enhance it. We started off in N. Y. at noon of a pretty Spring day and didnt take any pictures till we had negotiated the dull but useful stretch of the New Jersey Turnpike and come on down to Highway 40 in Delaware where we stopped for a snack in a roadside diner. I didnt see anything in particular to photograph, or “write about,” but suddenly Robert was taking his first snap. From the counter where we sat, he had turned and taken a picture of a big car-trailer with piled cars, two tiers, pulling in the gravel driveyard, but through the window and right over a scene of leftovers and dishes where a family had just vacated a booth and got in their car and driven off, and the waitress not had time yet to clear the dishes. The combination of that, plus the movement outside, and further parked cars, and reflections everywhere in chrome, glass and steel of cars, cars, road, road, I suddenly realized I was taking a trip with a genuine artist and that he was expressing himself in an art-form that was not unlike my own and yet fraught with a thousand difficulties quite unlike those of my own.

Related: 11 Books That Let You Travel the World

Want more travel memoirs? Sign up for the Early Bird Books newsletter and get the best daily ebook deals delivered straight to your inbox.

Contrary to the general belief about photography, you don’t need bright sunlights: the best, moodiest pictures are taken in the dim light of almost-dusk, or of rainy days, like it was now in Delaware, late afternoon with rain impending in the sky and lights coming on on the road. Outside the diner, seeing nothing as usual, I walked on, but Robert suddenly stopped and took a picture of a solitary pole with a cluster of silver bulbs way up on top, and behind it a lorn American Landscape so unspeakably indescribable, to make a Marcel Proust shudder … how beautiful to be able to detail a scene like that, on a gray day, and show even the mud, abandoned tin cans and old building blocks laid at the foot of it, and in the distance the road, the old going road with its trucks, cars, poles, roadside houses, trees, signs, crossings … A truck pulls into the gravel flat, Robert plants himself in front of it and catches the driver in his windshield wild-eyed and grinning mad like an Indian. He catches that glint in his eye … He takes a picture of a fantastic truck door announcing all the licenses from Arkansas to Washington, Florida to Illinois, with its confusion of double mirrors arranged so the driver can see to the rear around the body of the trailer … little details writers usually forget about. In darkening day, rain coming on the road, lights already on at 3 PM, mist descending on Highway 40, we see the insect swoop of modern sulphur lamps, the distant haze of forgotten trees, the piled cars being tolled into the Baltimore Harbor Tunnel, all of which Robert snaps casually while driving, one eye to the camera, snap. Thence down into Maryland, lights flashing now in a 4 PM rain, the lonely look of a crossroad stoplight, the zing of telephone wires into the glooming distance where another truck heads obstinately toward some kind of human goal, of zest, or rest. And GULF, the big sign, in the gulf of time … a not unusual yet somehow always startling sight in all the pure hotdog roadstand and motel whiteness in a nameless district of U. S. A. where red traffic lights always seem to give a sense of rain and green traffic lights a sense of distance, snow, sand …

A lesson for any writer … to follow a photographer and look at what he shoots … I mean a great photographer, an artist … and how he does it. The result: Whatever it is, it’s America. It’s the American Road and it awakens the eye every time.