Note: This giveaway has ended.

With the Nazis’ chokehold on Europe growing tighter by the day, Hanni Kohn knows she must send her 12-year-old daughter, Lea, away from Berlin—even though their separation will destroy her. To keep her safe, Hanni seeks the help of a famed rabbi whose wise daughter, Ettie, offers a solution to Hanni's despair. A mystical Jewish creature, conjured by Ettie from clay and water, will keep Lea safe from the dangers that lie ahead. But the journey that ensues is much more convoluted than anyone could imagine, and the three girls—Lea, Ettie, and the golem Ava—will find their destinies entwined forever.

Best known for her novel Practical Magic, which was adapted into a 1998 film starring Sandra Bullock and Nicole Kidman, Alice Hoffman is a master of magical realism. The World That We Knew is another stunning addition to her oeuvre, as it blends historical fiction with Jewish folklore to create a powerful story about motherhood, friendship, and courage.

Right now, you have a chance to get your hands on Hoffman’s latest novel before it even hits shelves. Together with Simon & Schuster, we’re giving away 10 copies of The World That We Knew. Enter below for your chance to win!

Want to be informed about future giveaways? Sign up for the The Reader newsletter!

The World That We Knew

In 1941, during humanity’s darkest hour, three unforgettable young women must act with courage and love to survive, from the New York Times bestselling author of The Dovekeepers and The Marriage of Opposites Alice Hoffman.

In Berlin, at the time when the world changed, Hanni Kohn knows she must send her twelve-year-old daughter away to save her from the Nazi regime. She finds her way to a renowned rabbi, but it’s his daughter, Ettie, who offers hope of salvation when she creates a mystical Jewish creature, a rare and unusual golem, who is sworn to protect Lea. Once Ava is brought to life, she and Lea and Ettie become eternally entwined, their paths fated to cross, their fortunes linked.

Lea and Ava travel from Paris, where Lea meets her soulmate, to a convent in western France known for its silver roses; from a school in a mountaintop village where three thousand Jews were saved. Meanwhile, Ettie is in hiding, waiting to become the fighter she’s destined to be.

What does it mean to lose your mother? How much can one person sacrifice for love? In a world where evil can be found at every turn, we meet remarkable characters that take us on a stunning journey of loss and resistance, the fantastical and the mortal, in a place where all roads lead past the Angel of Death and love is never ending. 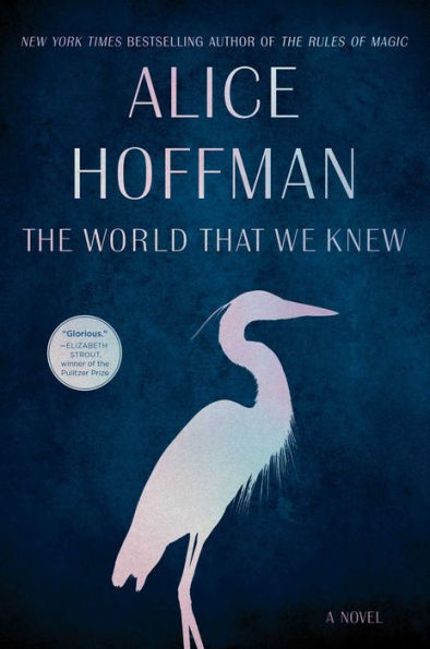 Note: The sweepstakes is open to all legal residents of the 50 United States and Washington, DC who are 18 years of age and older by August 2, 2019.