8 Novels Inspired by the Odyssey

It’s no secret that James Joyce’s Ulysses has inspired legions of ardent fans. Readers of the novel have even been known to stage live readings of the book—which can take up to 36 hours. While we don't have that kind of time on our hands, we thought we'd try something else instead. We've taken a look back at Joyce's original inspiration, Homer’s Odyssey, which follows of Odysseus’ 10-year sojourn and return home to his wife after the fall of Troy.

Though some of these novels are more direct adaptations than others, these modern takes on the Odyssey are a great way to expand your reading horizons. 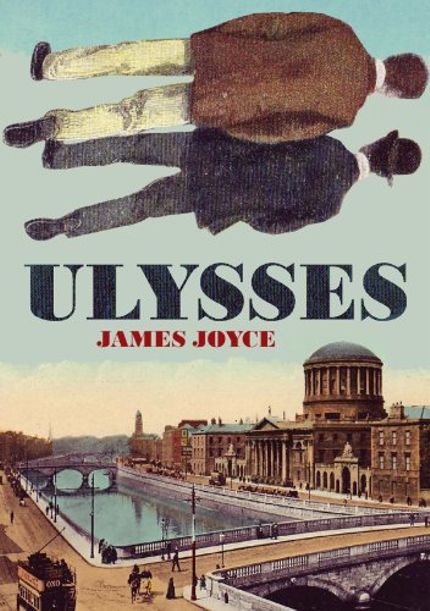 Published in 1922, James Joyce’s masterwork was immediately a sensation when it was censored in both Europe and America, due to obscenity charges. The novel tells of the adventures of Leopold Bloom, who stands in for Odysseus. Rather than traveling back to his wife after the fall of Troy, though, Bloom encounters a number of characters on June 16, 1904 in Dublin, most notably his wife, Molly. Packed full of literary allusions and written using stream-of-consciousness technique, Ulysses is the ultimate point-of-pride novel for readers. 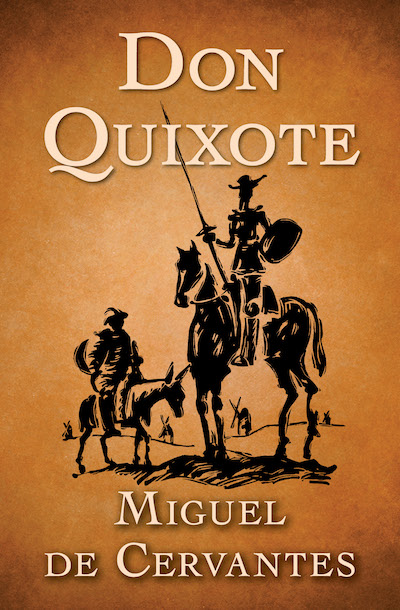 The hero of Cervantes classic Spanish novel has much in common with Odysseus: both go on epic journeys, and both are prone to inflating their tales of heroism and survival. While Odysseus has a place at home (or so he hopes), Don Quixote’s knighthood and his journey, along with his sidekick Sancho Panza, are an invention. Now considered one of the best novels ever written, Don Quixote asks questions about the meaning of heroism and making your own way in life, despite the cards you were dealt. 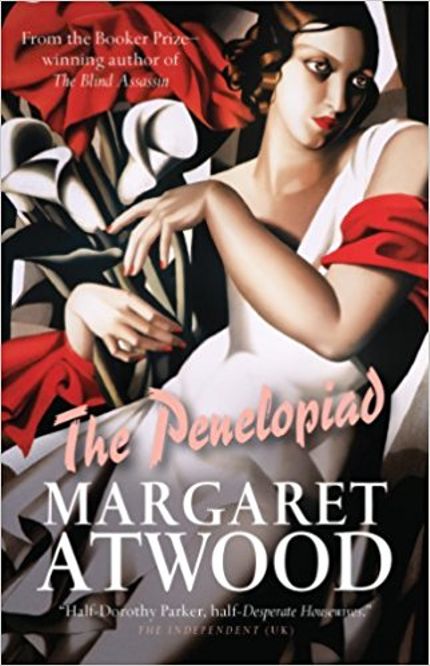 In the Odyssey we meet Odysseus’ aggrieved wife Penelope when he finally returns home only to find several suitors vying for her hand in marriage. Determined to wait for her husband, Penelope takes to weaving a burial shroud for Odysseus and telling her suitors she’ll remarry when it’s finished. (Smartly, she undoes her weaving each night so that the work is never done.) Margaret Atwood’s 2005 novel is the Odyssey from Penelope’s point of view, a decidedly untold story. 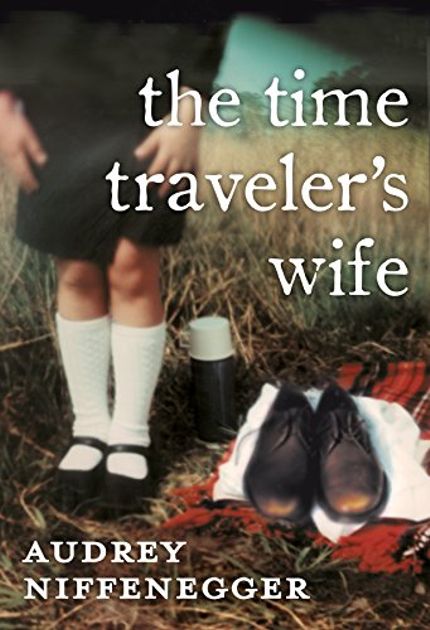 Like Penelope, Clare must wait endlessly for her husband, as he suffers from a genetic disease that causes him to travel through time without warning. But unlike Penelope, whose waiting comes to an end, Henry and Clare’s separation has no ending. The epigraph to the third section of The Time Traveler’s Wife is a quotation from the Odyssey. It reads in part: “Now from his breast into his eyes the ache of longing mounted, and he wept at last. His dear wife, clear and faithful, in his arms, longed for as the sun-warmed earth is longed for by a swimmer. Spent in rough water where his ship went down.” 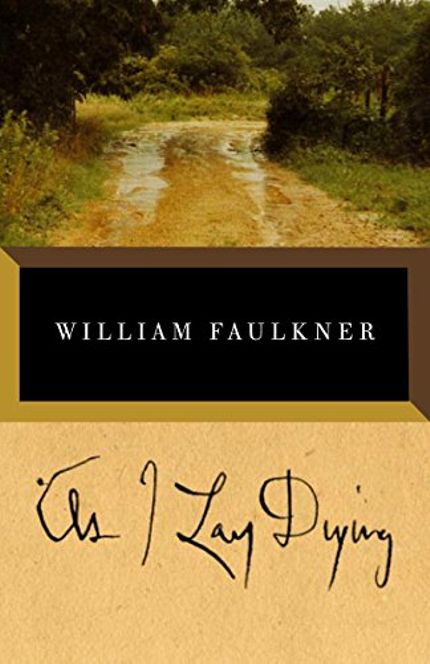 As I Lay Dying

The title of Faulkner’s 1930 novel comes from Book 11 of the Odyssey. When Odysseus finds himself in Hades, he meets Agamemnon, who insists on complaining about his unjust death at the hands of his wife. He tells Odysseus, “As I lay dying, the woman with dog’s eyes would not even close my eyes as I descended to the Underworld.” The resulting novel is in itself an inversion of Homer’s epic saga, which tells of Odysseus’ return to his life in Ithaca. As I Lay Dying is instead a journey to the grave, as fifteen of Addie Bundren’s relatives narrate their journey to fulfill her wish of being buried in her hometown of Jackson, Mississippi.

As I Lay Dying 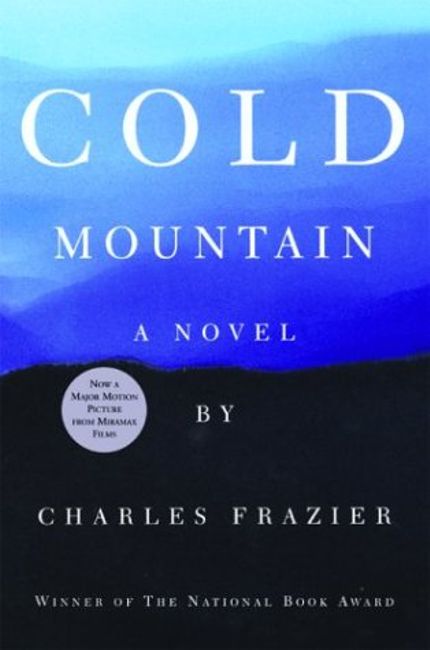 After being wounded in the Civil War, Confederate soldier Inman is determined to get back home to his wife Ada. Not only must he evade capture by the Union Army in the snowy mountains of North Carolina, but he is also on the run from the Confederate Home Guard, who hunt down deserters and execute them. Readers have pointed out similarities in the journeys of Inman and Odysseus, down to the characters they meet (a blind man, a Poseidon like figure, a Circe and Calypso), prompting many to read Cold Mountain as a version of the Odyssey set against the backdrop of the American Civil War. 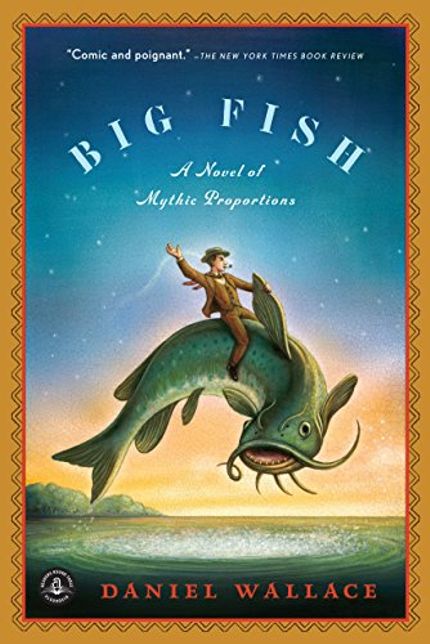 William Bloom’s father wants everyone to know that all his “tall tales” are in actuality, true. So, he goes about recounting them to his son in this novel—which was adapted into a film by Tim Burton in 2003. Drawing from the events of the Odyssey and of James Joyce’s Ulysses, we meet many colorful characters in Edward Bloom’s past, including members of a traveling carnival, a witch, and eventually, the woman who would become his wife. 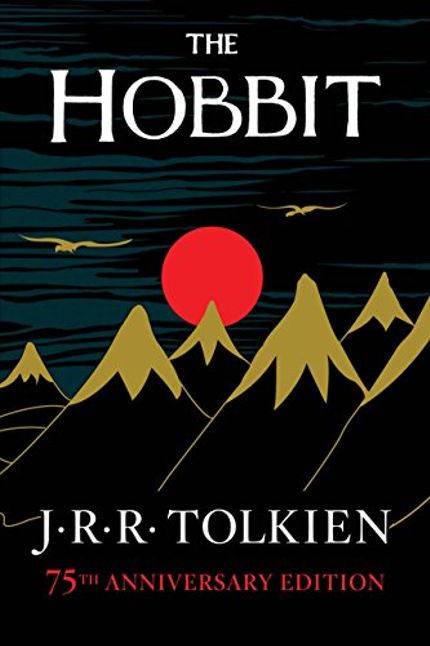 Like Odysseus’s journey, Bilbo Baggins’ epic travels to defeat the dragon Smaug lead him and his friends through a series of challenges that leave him wondering if he’ll ever return home. Another similarity to Odysseus, who had to defeat the Cyclops, is Bilbo’s triumph over Smaug that eventually leads him back to the safety of his home. Tolkien, who was a Professor of English Literature at Oxford, drew inspiration from the Odyssey and the story of Beowulf. But unlike Odysseus, whose tragic flaw is his pride, Bilbo is a much more sympathetic character—just a hobbit who returns to his quiet life in the Shire when his odyssey is over.