“Wit and humor do not reside in slow minds.”

Published more than 400 years ago by Miguel de Cervantes, Don Quixote is the story of Alonso Quijano, a low-born member of nobility who spends so much time reading chivalric romances that he goes insane and decides to become a knight-errant himself. He appoints a pragmatic farmer named Sancho Panza as his squire, and so begins one of the most epic adventures in literary history.

Don Quixote is one of the most translated, referenced, and all around most popular books in all of literature. Cervantes’ writing influenced books like The Three Musketeers and The Adventures of Huckleberry Finn, and we've even adopted phrases like "quixotic" and “tilting at windmills" that are still used today.

Of course, at more than 1,000 pages long, many book lovers have yet to tackle this classic novel. However, it’s famous for a reason—below are 25 of our favorite quotes from Don Quixote that will convince you to cross this book off your TBR list. 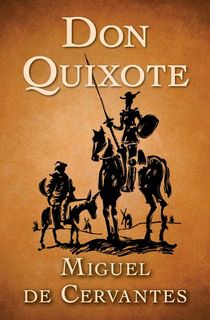 1. “To dream the impossible dream, that is my quest.”

2. “I've always heard the old folks say that if you don't know how to enjoy good luck when it comes, you shouldn't complain if it passes you by.”

3. “When life itself seems lunatic, who knows where madness lies? Perhaps to be too practical is madness. To surrender dreams — this may be madness. Too much sanity may be madness — and maddest of all: to see life as it is, and not as it should be!”

4. “There were no embraces, because where there is great love there is often little display of it.”

5. “Finally, from so little sleeping and so much reading, his brain dried up and he went completely out of his mind.”

6. “For neither good nor evil can last for ever; and so it follows that as evil has lasted a long time, good must now be close at hand.”

Related: The Best Cookbooks for Beginners, Experts, and Everyone in Between

9. “Take my advice and live for a long, long time. Because the maddest thing a man can do in this life is to let himself die.”

10. “It's up to brave hearts, sir, to be patient when things are going badly, as well as being happy when they're going well.”

11. “Virtue is persecuted by the wicked more than it is loved by the good.”

12. “I do not deny that what happened to us is a thing worth laughing at. But it is not worth telling, for not everyone is sufficiently intelligent to be able to see things from the right point of view.”

14. “It is not the responsibility of knights errant to discover whether the afflicted, the enchained and the oppressed whom they encounter on the road are reduced to these circumstances and suffer this distress for their vices, or for their virtues: the knight's sole responsibility is to succour them as people in need, having eyes only for their sufferings, not for their misdeeds.”

17. “The most perceptive character in a play is the fool, because the man who wishes to seem simple cannot possibly be a simpleton.”

18. “Translating from one language to another, unless it is from Greek and Latin, the queens of all languages, is like looking at Flemish tapestries from the wrong side, for although the figures are visible, they are covered by threads that obscure them, and cannot be seen with the smoothness and color of the right side.”

Related: 13 Translated Books That Will Expand Your Horizons

20. “The truth may be stretched thin, but it never breaks, and it always surfaces above lies, as oil floats on water.”

22. “What is more dangerous than to become a poet? which is, as some say, an incurable and infectious disease.”

Related: 11 Poetry Books That Even Non-Poetry Readers Will Enjoy

24. “There is a remedy for everything except death.”

25. “Don Quixote is so crazy that he is sure no author could have invented him.”