“It’s got everything that’s grabbing the headlines in America right now.”

Not too long ago, we took a deep dive into the 76 titles Oprah has chosen for her book club. From multigenerational sagas and mother-daughter relationships to searing portraits of racism in America, every Oprah selection has been a story you can’t easily shake—and one everybody scrambles to get their hands on.

Oprah’s latest book club pick, announced yesterday, is no exception. Imbolo Mbue’s gorgeous debut novel, Behold the Dreamers, follows a Cameroonian couple who's come to Harlem in hopes of building a better life for themselves and their six-year old son. Throughout the book, their "American Dream" is put to the test when the family is faced with privilege, unchecked power, and the 2008 financial crisis. Published last summer, Behold the Dreamers enters Oprah’s literary pantheon after receiving high praise from book aficionados like NPR and The New York Times Book Review—and now, of course, the lit queen herself.

“It’s about race and class, the economy, culture, immigrant, and the danger of the us-versus-them mentality,” Oprah says in her video announcement, “And underneath it all pumps the heart and soul of family love, the pursuit of happiness, and what home really means.”

Behold the Dreamers follows Colson Whitehead’s The Underground Railroad, Oprah’s last book club pick. Railroad's announcement—which came last October, before the book's publication—sparked such demand that its release date was pushed forward by more than a month (oh, the power of Oprah). And given that the novel has since won the Pulitzer Prize for Fiction...we’re going to trust Lady O, and grab ourselves a copy of Behold the Dreamers. Are you?

Download Behold the Dreamers below, and then sign up for the Early Bird Books newsletter to get the best daily ebook deals delivered straight to your inbox. 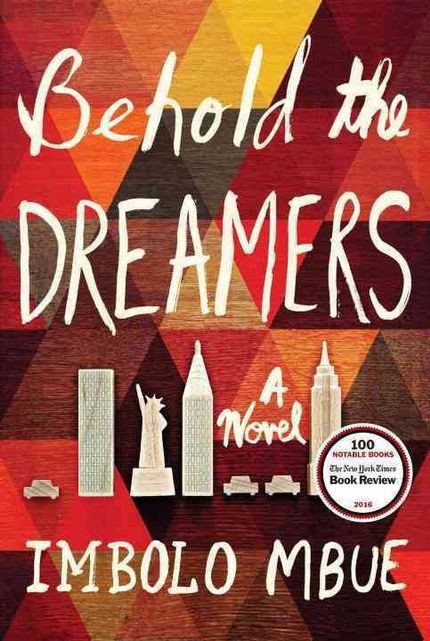