Sherman Alexie wrote "Hymn" in 2017, in response to the Charlottesville protests and the death of Heather Hayer. Read more of Sherman Alexie's writing in his books.

Why do we measure people's capacity

To love by how well they love their progeny?

That kind of love is easy. Encoded.

Any lion can be devoted

To its cubs. Any insect, be it prey

Or predator, worships its own DNA.

We humans are programmed to love what we conceive.

That's why it's so shocking when a neighbor

Drives his car into a pond and slaughter–

Drowns his children. And that's why we curse

The mother who leaves her kids—her hearth—

And never returns. That kind of betrayal

Rattles our souls. That shit is biblical.

So, yes, we should grieve an ocean

When we encounter a caretaker so broken.

But I'm not going to send you a card

For being a decent parent. It ain't that hard

To love somebody who resembles you.

If you want an ode then join the endless queue

Of people who are good to their next of kin—

Who somehow love people with the same chin

And skin and religion and accent and eyes.

So you love your sibling? Big fucking surprise.

But how much do you love the strange and stranger?

Hey, Caveman, do you see only danger

When you peer into the night? Are you afraid

Of the country that exists outside of your cave?

Hey, Caveman, when are you going to evolve?

Are you still baffled by the way the earth revolves

Around the sun and not the other way around?

Are you terrified by the ever-shifting ground?

By your sandpaper father, who roughed and roughed

And roughed the world. I have some empathy

For the boy you were. But, damn, your incivility,

Your volcanic hostility, your lists

Of enemies, your moral apocalypse—

All of it makes you dumb and dangerous.

You are the Antichrist we need to antitrust.

Or maybe you're only a minor league

And yet, I think of what you've revealed

About the millions and millions of people

Who worship beneath your tarnished steeple.

Those folks admire your lack of compassion.

They think it's honest and wonderfully old-fashioned.

They call you traditional and Christian.

LOL! You've given them permission

To be callous. They have been rewarded

For being heavily armed and heavily guarded.

You've convinced them that their deadly sins

Of course, I'm also fragile and finite and flawed.

I have yet to fully atone for the pain I've caused.

I'm an atheist who believes in grace if not in God.

I'm a humanist who thinks that we’re all not

Humane enough. I think of someone who loves me—

A friend I love back—and how he didn't believe

How much I grieved the death of Prince and his paisley.

My friend doubted that anyone could grieve so deeply

The death of any stranger, especially a star.

"It doesn't feel real," he said. If I could play guitar

And sing, I would have turned purple and roared

But I think my friend would have still doubted me.

And now, in the context of this poem, I can see

That my friend’s love was the kind that only burns

In expectation of a fire in return.

He’s no longer my friend. I mourn that loss.

But, in the Trump aftermath, I've measured the costs

And benefits of loving those who don't love

Strangers. After all, I'm often the odd one—

The strangest stranger—in any field or room.

"He was weird" will be carved into my tomb.

But it’s wrong to measure my family and friends

By where their love for me begins or ends.

It’s too easy to keep a domestic score.

This world demands more love than that. More.

So let me ask demanding questions: Will you be

Eyes for the blind? Will you become the feet

For the wounded? Will you protect the poor?

Will you welcome the lost to your shore?

Will you battle the blood-thieves

And rescue the powerless from their teeth?

Who will you be? Who will I become

As we gather in this terrible kingdom?

My friends, I'm not quite sure what I should do.

I'm as angry and afraid and disillusioned as you.

I will stand and sing my love. I will use my fist

To drum and drum my love. I will write and read poems

That offer the warmth and shelter of any good home.

I will sing for people who might not sing for me.

I will sing for people who are not my family.

I will sing honor songs for the unfamilar and new.

I will silently sit and carefully listen to new stories

About other people’s tragedies and glories.

I will not assume my pain and joy are better.

I will not claim my people invented gravity or weather.

But I won’t act like I’m the only person onstage.

I am one more citizen marching against hatred.

Alone, we are defenseless. Collected, we are sacred.

We will march by the millions. We will tremble and grieve.

We will praise and weep and laugh. We will believe.

We will be courageous with our love. We will risk danger 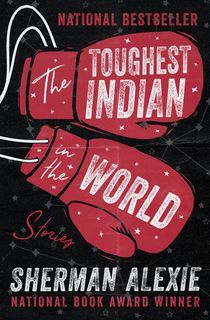 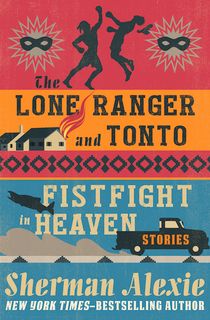 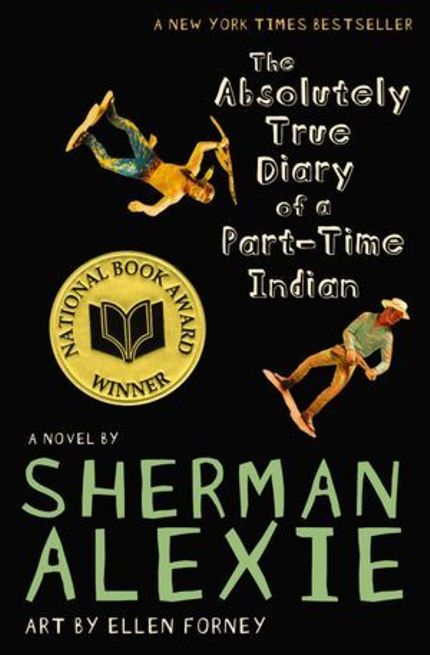 Author Sherman Alexie is the winner of the 2010 PEN/Faulkner Award, the 2007 National Book Award for Young People’s Literature, the 2001 PEN/Malamud Award for Excellence in the Short Story, and a Special Citation for the 1994 PEN/Hemingway Award for Best First Fiction. Smoke Signals, the film he wrote and coproduced, won both the Audience Award and the Filmmakers Trophy at the 1998 Sundance Film Festival. Alexie lives with his family in Seattle.

Looking for more authors like Sherman Alexie? Sign up for the Early Bird Books newsletter, and get the best ebook deals delivered straight to your inbox.