Take a tour of England through the life and work of Virginia Woolf.

Lucky for fans, not so lucky for Woolf, the mother of the modernist novel lived all over England in her 59 years. If this brilliant author had had her way, she most likely would’ve resided in her beloved London her whole life. But her doctors—and World War II—had other ideas.

For fans of Woolf’s work, this makes for a very exciting tour that takes you from the busy streets of London to the lush gardens of East Sussex—and “to the lighthouse” in Cornwall. In addition to the places where Woolf lived, there are also the homes of her friends—in particular, the two “houses” (they are really more like castles, actually) her lover, the poet and gardener Vita Sackville West, called home.

Thanks to the National Trust, the Woolf sites are very well looked after. In some cases, it feels as if the people who lived there had just stepped out of the room—even their cigarettes are still in the ashtray.

Here are the top Woolf-related sites in England, categorized by the novels they inspired. For instance, if you love Orlando, then you shouldn’t miss a trip to Knole, the house (and its rightful heiress) that inspired Orlando’s gender-bending adventures. There’s really nothing better than seeing your cherished books come to life in the world of their creator. If you have plans to go to London any time soon, and are brave enough to rent a car and drive on the opposite side of the road (or have the cash to hire a driver), this pilgrimage is definitely one worth taking. For the Woolfian at heart, it’s truly a life-changing experience.

Related: Classic English Literature That Belongs On Your Reading List

Woolf was born Virginia Stephen in London in 1882. Her father was a critic and historian, her mother had worked as a model to the pre-Raphaelite painters. Though Woolf has written fondly about her childhood in her memoirs, her adolescence was marred by a series of tragedies: She lost her mother in 1895, when she was just 13. Her half-sister Stella died two years later, and father in 1902.

After their father’s death, the Stephen siblings moved to 22 Hyde Park Gate, then 46 Gordon Square, in Bloomsbury, where Woolf’s two brothers would frequently hold salons with their friends from Cambridge. The result was a lively, untraditional home where Virginia and her sister Vanessa were exposed to artists and free-thinkers (not exactly the norm for women during this time.) Virginia was introduced to Leonard Woolf here, who she would marry in 1912. The frequent gatherings of artists and intellectuals gave birth to the term “Bloomsbury Group,” which included Woolf, their friend the writer Lytton Strachey, the economist John Maynard Keynes, Roger Fry, Clive Bell (who would marry Vanessa), Rupert Brooke, and more. 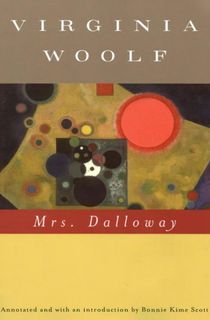 Woolf’s sister, the painter Vanessa Bell, purchased a farmhouse in Sussex, when her friends, the painter Duncan Grant and his lover David Garnett became conscientious objectors to World War I. (They needed proof that they were working “on a farm” to avoid the draft.) Vanessa was married to Clive Bell but the two had an interesting arrangement. Her first two children, Julian and Quentin, were Clive’s sons, but her daughter, Angelica, was actually fathered by Duncan Grant. Duncan and Vanessa, both painters, lived together in (mostly) harmony at Charleston, a gorgeous farmhouse and garden which has been preserved by the Charleston Trust. You can visit the house, which is absolutely gorgeous. Their painting studio is just as Duncan left it, with his cigarettes still in the ashtray.

Woolf’s 1922 novel Jacob’s Room was inspired by the tragic story of Vanessa’s son Julian, who was killed in the Spanish-American War. Julian felt strongly about the cause and enlisted as an ambulance driver. He was only 29 when he died. Woolf, who had no children of her own, was very close to her niece and nephews and was devastated by the loss. Julian’s death would go on to inspire her anti-war writings, most notably her book Three Guineas. 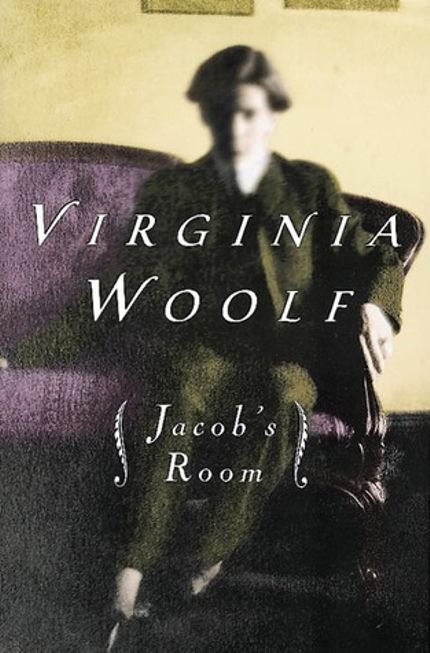 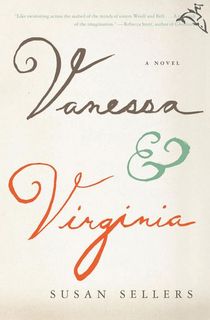 Woolf has the fondest memories of St. Ives, Cornwall, where her family spent their summers in her childhood. Her time there is undoubtedly the inspiration for her novel, To the Lighthouse, which tells the story of the Ramsay family, and their friend Lily, a painter, who is working on a portrait of Mrs. Ramsay. To the Lighthouse is an astounding stream-of-consciousness novel about family dynamics and the loss of the family matriarch—just as Woolf lost her mother at the age of 13.

The village of Cornwall is located on England’s southwest coast. It’s possible to take a train from London’s Paddington Station. The ride is long, about six hours, but a beautiful tour of the coastline, and Cornwall is a gorgeous town. The Stephen summer home, Talland House, is still there, overlooking the bay, though its view of the bay, and the lighthouse, has been somewhat altered by modern development. 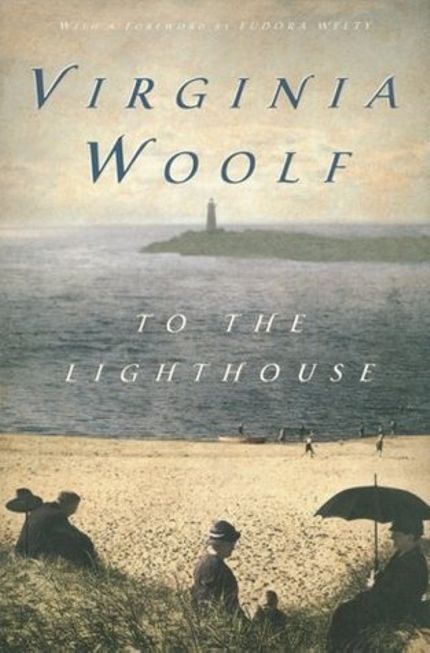 In 1922, Woolf met the poet Lady Vita Sackville-West, who would become her lover and inspiration for her novel, Orlando. Her father was the Baron Sackville, and the family-seat, Knole, is a gigantic and gorgeous estate that’s open to the public.

Vita loved her family home, but was not able to inherit it due to the rule at the time that only men could inherit family property. Perhaps inspired by Vita’s unique predicament, Woolf penned Orlando and dedicated it to her, a fantastic novel about a man who wakes up halfway through his life as a woman and goes on living as if nothing had changed for another 300 years.

Near Knole in Kent you can also visit Vita’s home, Sissinghurst, where she lived with her husband the Hon. Harold Nicholson. Vita was a passionate gardener, and Sissinghurst’s gardens are some of the most famous in the entire world. Both properties are now owned and managed by the National Trust, so they are expertly preserved and definitely worth the drive, even if it’s on the other side of the road! 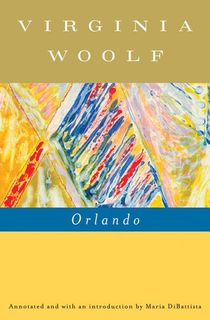 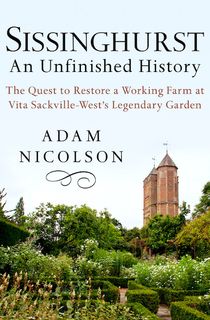 At the advice of her doctors, who thought London to be “overstimulating,” the Woolfs moved to Rodmell and purchased a 17th-century cottage they called Monk’s House in 1919, not far from Vanessa’s farmhouse, Charleston. Leonard was also a fierce gardener, and Virginia loved to write in the backyard shed.

Though at first the home was meant for weekends and vacations, after their apartment in London was destroyed in an air-raid during World War II, the Woolfs moved to Monk’s House full time. In the backyard shed Woolf completed nearly all her major novels. Sadly, in March 1941, Woolf committed suicide by drowning herself in the nearby River Ouse. Leonard continued to live at Monk’s House until his death in 1969. Unbelievably, you can stay there through the National Trust’s Holidays program.

The Waves, arguably Woolf’s masterpiece, deals with the intertwining lives of six childhood friends. Their voices make up a general collective consciousness that ruminates on life, and death. The plaque attached to the bust of Woolf under which her ashes are buried at Monk’s House bears the last lines of The Waves: “Death is the enemy. Against you I will fling myself, unvanquished and unyielding o Death! The waves broke on the shore.” 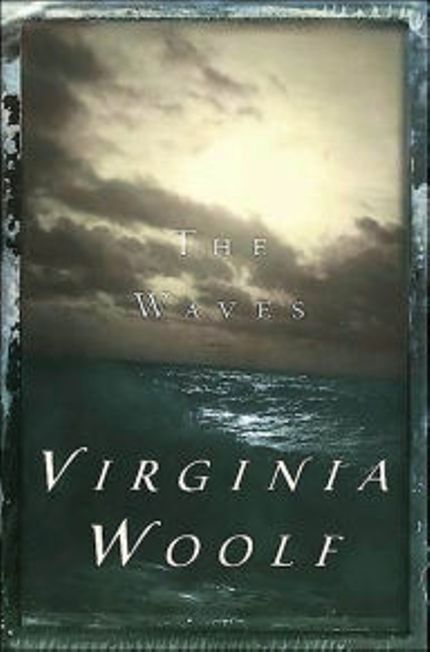 This is a collection of Virginia's diary entries, all curated by her husband and many dating all back to 1918. Every passage offers insight into Woolf's brilliant mind and writing process, making it an invaluable companion to anyone wanting to find or express their own creativity. 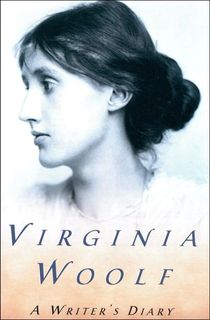 A reminaging of the relationship between poets Robert Browning and his wife, Elizabeth Barrett Browning—all seen through the eyes of their beloved cocker spaniel, the eponymous Flush. Woolf wrote the novel after published The Waves, craving a more light-hearted project, and drew inspiration from the Brownings' romantic letters. 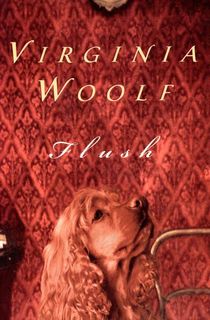 Ruth Gruber wrote a feminist dissertation on Woolf in 1932, becoming the youngest person to ever earn a PhD. Here, she recounts how the paper caught the attention of Woolf herself, how Woolf impacted Gruber's life, and the legacy Woolf has left behind. 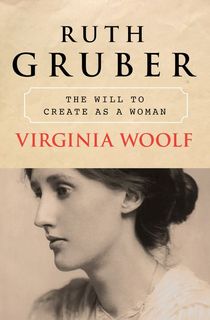 Love reading the classics? Sign up for the Early Bird Books newsletter and get the best daily ebook deals delivered straight to your inbox.