8 Scary Things from Dystopian Novels That Have Come True

Author Ray Bradbury anticipated the greatest dystopia of all—"Keeping Up with the Kardashians."

Dystopias are easy to come by these days. Whether you’re afraid of a world without food or water, kids or adults, love or emotions, there’s a dystopian novel out there for you. While some of these can come across as gimmicky, others address real, prevalent issues—often hypothesizing their effects on the future, should they continue. Will we eventually get computers implanted in our brains? (Probably!) Will killer rain destroy us all? Only time will tell. Until then, let’s take a look back at eight scary things from dystopian novels that already have come true. Yikes! 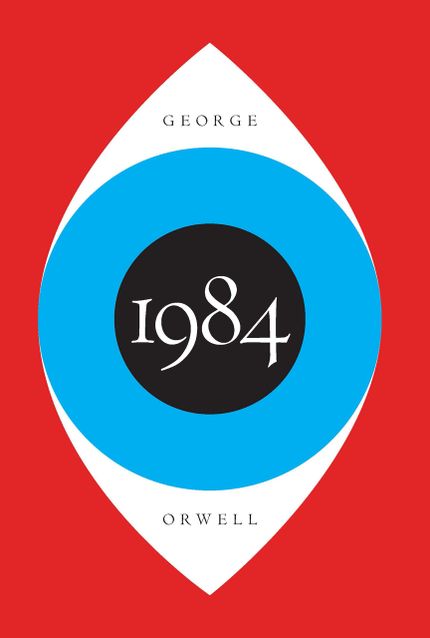 Published in 1949, Orwell predicted a future of mass government surveillance, where “Big Brother is Watching You,” via telescreens, audio channels, and secret informants. The modern equivalent of the telescreen is CCTV cameras—a study found that “there were 245 million professionally installed video surveillance cameras active and operational globally in 2014.” And we can than Edward Snowden for revealing the full extent of government surveillance by the U.S. National Security Agency (NSA). The NSA is listening to our calls, reading our emails, and watching everything we do on the internet, down to your most embarrassing Google searches. So, it’s true, Big Brother is watching us—the only difference is now we’re watching Big Brother too. 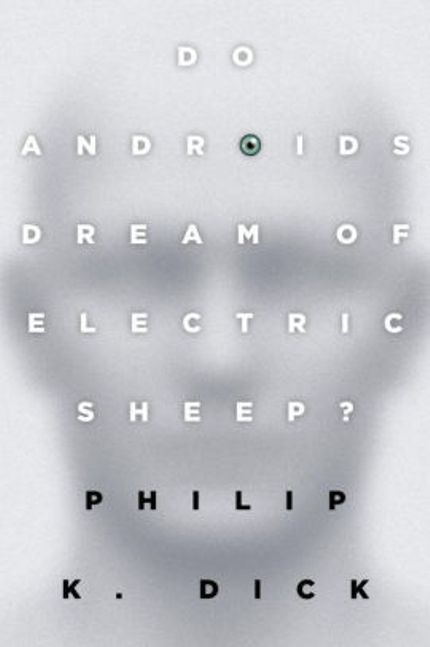 Do Androids Dream of Electric Sheep?

This 1968 novel served as the basis for the classic sci-fi movie Blade Runner. Thankfully much of this story did not come true. One thing that did? People having sex with androids. Doesn’t ring a bell? Meet Roxxxy, the first sex robot with artificial intelligence. And she’s not alone—Realbotix now offers customizable lady robots, too. Another fun fact? A 2015 report claimed that “human-on-robot sex could be more common than human-on-human sex by 2050.” Um...

Do Androids Dream of Electric Sheep? 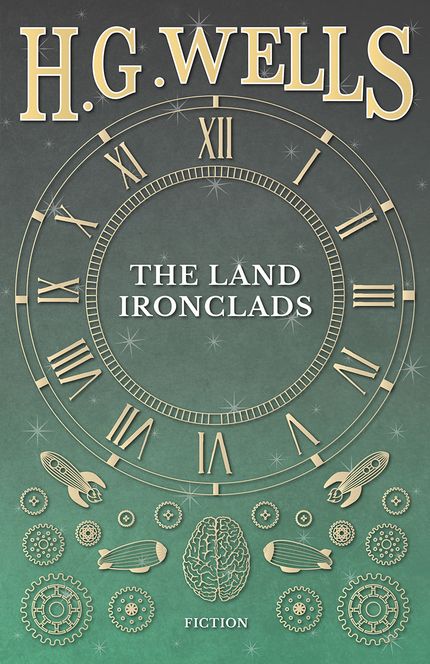 This short story, published in 1903, depicts a battle scene with men in a trench, awaiting enemy fire, when “What’s that?”—“It might have been from eighty to a hundred feet long” with “a mechanism that effectually ironclad against bullets, that could at a pinch cross a thirty-foot trench, and that seemed able to shoot out rifle-bullets with unerring precision.” Real tanks made their battle debut just 13 years later, in 1916. The story even accurately predicts the tactical use of tanks and their future impact on war. One major difference: Wells’ “ironclads” were steam powered. Armored tanks are still used in modern warfare.

Want more dystopian novels? Sign up for the Early Bird Books newsletter and get the best daily ebooks delivered straight to your inbox. 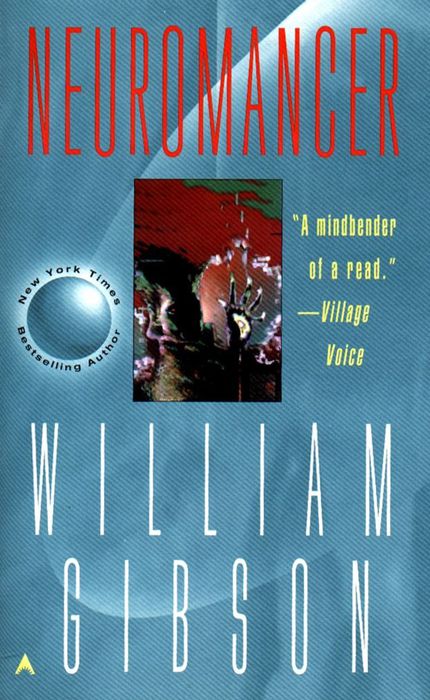 This 1984 sci-fi novel predicted much about the modern internet. In fact, Gibson originally coined the word “cyberspace” in a 1982 short story, “Burning Chrome,” and Neuromancer helped popularize the term. Along with introducing the concept of a worldwide network of computers—the internet—he also predicted the negative sides of such a system. The main character of the novel is a computer hacker, who uncovers information about a secret plot to infiltrate Soviet computer systems. Nearly half of all Americans were hacked in 2014 and in 2002, the FBI created a Cyber Crime division. In 2013, Pentagon officials revealed that “Chinese computer spies raided the databanks of almost every major U.S. defense contractor and made off with some of the country’s most closely guarded technological secrets.” Change your passwords, people! 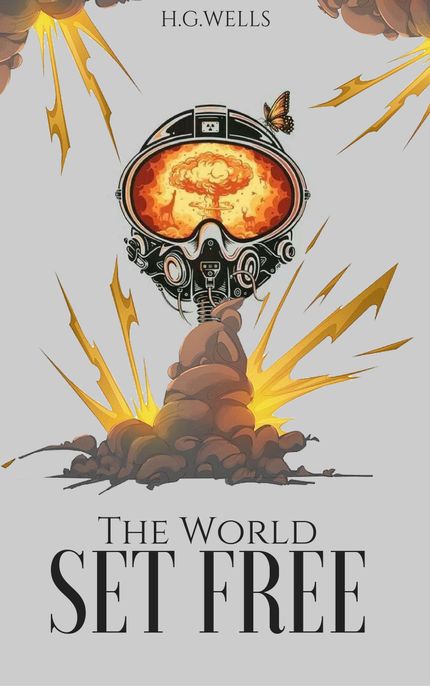 Not only did Wells predict (and name) the atomic bomb in this 1914 novel, he also indirectly led to its actual creation in the 1940s. Physicist Leo Szilard read the book in 1932, the same year scientists first artificially split the atom. Inspired, Szilard went on to create the nuclear chain reactor and helped start the Manhattan Project. He later wrote that H.G. Wells showed him “what the liberation of atomic energy on a large scale would mean.”

6) Keeping Up With the Kardashians 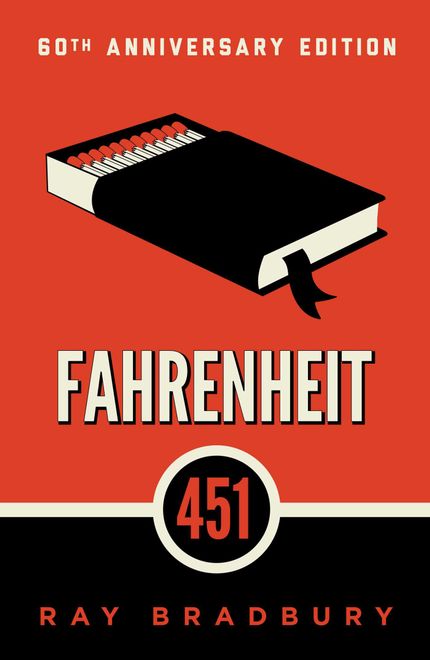 “That’s all very well,” cried Montag, “but what are they mad about? Who are these people? Who’s that man and who’s that woman? Are they husband and wife, are they divorced, engaged, what? Good God, nothing’s connected up.” “They—” said Mildred. “Well, they-they had this fight, you see. They certainly fight a lot. You should listen. I think they’re married. Yes, they’re married. Why?”

Mildred, the wife of protagonist Guy Montag, doesn’t listen to him or care about anything based in actual reality. Why? She’s too busy watching her “family,” a popular ongoing television show, on three screens. Montag describes the show as “the gibbering pack of tree-apes that said nothing, nothing, nothing and said it loud, loud, loud.”

Sounds uncannily like a certain reality show we all love to hate (and hate to love). Luckily, Bradbury also predicted earbuds—“in her ears the little seashells, the thimble radios tamped tight, and an electronic ocean of sound, of music and talk and music and talk coming in”—so no one else has to listen to it. 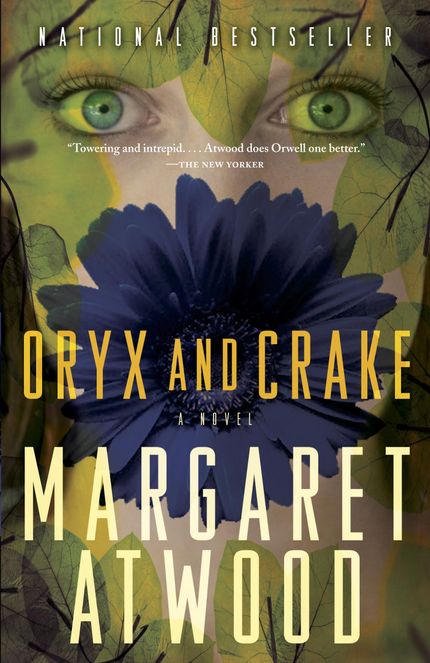 “This is the latest,” said Crake.

What they were looking at was a large bulblike object that seemed to be covered with stippled whitish-yellow skin. Out of it came twenty thick fleshy tubes, and at the end of each tube another bulb was growing.

“What the hell is it?” said Jimmy.

“Those are chickens,” said Crake. “Chicken parts. Just the breasts, on this one. They’ve got ones that specialize in drumsticks too, twelve to a growth unit.

“But there aren’t any heads …”

“That’s the head in the middle,” said the woman. “There’s a mouth opening at the top, they dump nutrients in there. No eyes or beak or anything, they don’t need those.”

ChickieNobs, the freakish non-sentient lab-grown chicken-part creatures in Atwood’s 2003 novel are closer than ever to becoming reality. Scientists in Israel are currently working on a lab-grown chicken breast, free of the other pesky chicken parts. It’ll even be kosher and halal—plans for oxymoronic-sounding kosher and halal lab-grown pork are in the works too. Another company called Memphis Meats expects that they'll "be selling protein-packed pork, beef, and chicken that tastes identical to conventionally raised meat" in just a few years. And unless you've been living under a rock, you probably have heard of the Impossible Burger, a plant-based patty that's supposed to be indistinguishable from beef.

But the Handmaid's Tale author didn't just dream up lab-manufactured meat—she also predicted organ transplants between pigs and humans. Sound too freaky to be true? Atwood’s book describes it thusly: “The goal of the pigoon project was to grow an assortment of foolproof human tissue organs in a transgenic knockout pig host—organs that would transplant smoothly and avoid rejection.” It’s already happening. In an interview in the Globe and Mail, Atwood said, “They’ll grow kidneys first, like I said would happen…To see it come true. I know. It’s scary. But as usual I didn’t put anything in at the beginning that wasn’t already in process. The question wasn’t ‘Will they be able to do it?’ but ‘Will they keep trying to do it?’ And the answer is ‘Yes.’”

Want more dystopian novels? Sign up for the Early Bird Books newsletter and get the best daily ebooks delivered straight to your inbox.