The adaptation of the bestselling novel will be released on August 10th.

Mary Ann Shaffer’s The Guernsey Literary and Potato Peel Pie Society was a hit when it was first published in 2008 and topped the New York Times Best Seller List. Now, the powerful novel is being adapted into a film and, if the first trailer is any indication, it’s bound to enchant audiences just as the novel did.

There are plenty of familiar faces in this historical dramedy. The Netflix original film stars Lily James, best known for her roles as Lady Rose on Downton Abbey and Cinderella in the recent live-action adaptation. Joining James are two of her former Downton Abbey cast mates—Jessica Brown Findlay, who played Lady Sybil, and Penelope Wilton, who played Isobel Crawley. Michiel Huisman (The Age of Adaline, Game of Thrones) also stars as one of the two love interests, with the other being played by Glen Powell (Scream Queens, Set It Up).

The story is set in post-World War II England. In 1946, author Juliet Ashton is touring the country in an effort to promote her latest book. Out of the blue, she receives a letter from Dawsey Adams. He writes that he is a part of the Guernsey Literary and Potato Peel Pie Society, and has come across her copy of Essays of Elia. Dawsey is looking for more information about the author of the essays, and Juliet is happy to oblige. 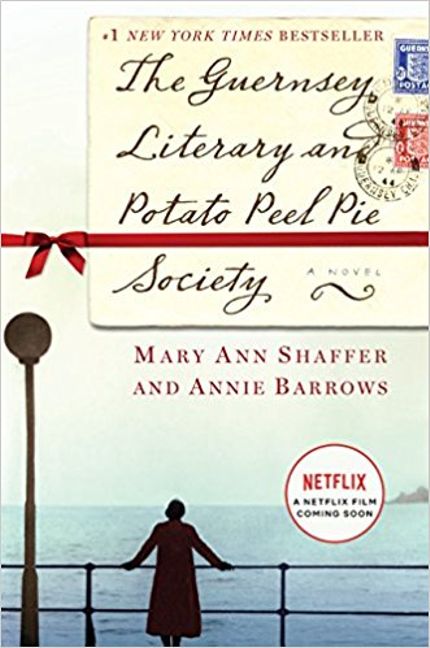 As the pair continue to exchange letters, Juliet becomes entranced with the society. She decides that she will visit Guernsey to learn more about this society, which she would very much like to be the subject of her next book. Upon arriving, she’s struck by Dawsey’s presences and becomes ensnared in a love triangle between the man behind the letters and her charming American fiancé, Mark. Caught up in a mix of emotions about both her love life and a post-World War II England, Juliet finds herself struggling to make a series of difficult decisions.

The Guernsey Literary and Potato Peel Pie Society is bound to capture your heart and stay with you long after the credits roll. Check out the trailer below.