The Re-Read: Little House on the Prairie’s The Long Winter

A writer revisits a childhood favorite and finds it's not all butter churning and buggy rides.

By the middle of last winter, most people I knew had been swept up in the usual bout of seasonal ennui. Nearly every conversation eventually flowed back to a single talking point: a discussion of how cold and dreary we were, with a pointless question left hanging in the air: Would it ever end? We complained about our winter layers, about the lack of light, about how absurd it was to expect us to willingly leave the indoors to go outdoors for any reason other than what was absolutely necessary. I, for one, stayed home as much as possible and read.

From the fall of 1880, until the spring of 1881, Laura Ingalls Wilder and her family nearly froze and starved to death during one of the worst winters in American history. This account, told through the eyes of 13-year-old Laura, is what concerns The Long Winter, the sixth and most dramatic book in the autobiographical Little House series. I read all the Little House books as a child, many times, and to this day I still think about certain pivotal moments in all of the books, like when Laura roasted and ate a pig’s tail on hog-butchering day, then played catch with the animal’s bladder.

Many years later, I was given a Library of America edition that bound all nine Little House books into two volumes. To attain perspective about what a truly difficult winter was like, I re-read The Long Winter on one freezing Sunday afternoon, then turned back to the rest, beginning with The Little House in the Big Woods, and ending with The First Four Years, which sees Laura set up a household of her own with her new husband Almanzo Wilder.

It was comforting to return to the Ingalls family, but there were many things that I glossed over as a young reader which now popped off the pages in stark clarity. Though these books were fictionalized stories of LIW’s life written specifically for children, certain aspects of pioneer life were chronicled faithfully, giving future generations a glimpse of what it was like to be a girl in the late 1880s. Life was cruel in ways it no longer is today, but it was also, one could argue, more pure in its simple frailty.

“I have always lived in little houses. I like them,” Laura answered.

This is how Laura gets engaged to her beau Almanzo Wilder. It’s a marked contrast to the passionate declarations and misadventures expected of lovers in contemporary Young Adult literature these days, where characters find a way to stay together forever in the face of some dystopian disaster. Love stories, and stories of family, are universal, regardless of the environment in which they take place. But when they take place in a shared historical past, the reading experience offers something particularly encouraging—a different way to relate to a heroine.

As it turned out, LIW’s married life was not a fairytale, or anywhere close to it. Life on the prairie taught Laura not to assume things would turn out all right: They either did or they didn’t, and you made the best of what you had until spring came along. Re-reading the Little House books as an adult helped me to realize the same thing. 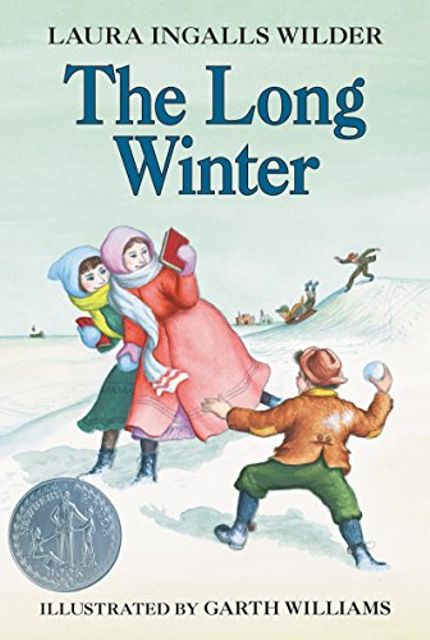 Want more classics? Sign up for the Early Bird Books newsletter, and get the best ebook deals sent directly to your inbox.

Featured photo: Cover of the U.K. edition of The Long Winter