Read an Excerpt from Walter Mosley’s The Awkward Black Man

The collection of short stories artfully shares the struggles of a range of uniquely flawed characters.

Consisting of seventeen of his most popular short stories, Walter Mosley’s The Awkward Black Man offers a full and touching look into the human experience. From characters in the depths of loneliness, to those finding their daily lives unfulfilling, Mosley’s stories grapple with the ways in which individuals handle the challenges of life.

Related: Short Story Collections That Belong On Every Novel-Reader's Shelf

Now a renowned literary figure, Walter Mosley began his career writing mysteries. Mosley’s first mystery novel, Devil in a Blue Dress, became one of his most famous works and the basis for what would become a bestselling mystery series. Centering on detective and World War II veteran Easy Rawlins, the novel follows the beloved private investigator as he solves crimes throughout Los Angeles. Devil in a Blue Dress showcased Mosley’s skill in creating deep and memorable characters and using them to examine the personal struggles and societal issues prevalent in our world.

Throughout his career, Mosley continued to write characters and fiction that resonated with readers. His work included novels like RL’s Dream, The Tempest Tales, and Debbie Doesn’t Do It Anymore. Through his novels and career, Mosley shed light on Black life in America and fostered opportunities for others to offer their voices. In 1998, Mosley created the Publishing Certificate Program with the City University of New York to support people of all backgrounds to learn and build careers within the publishing industry.

Read on for an excerpt from "Starting Over," one of the short stories from the latest work in Mosley’s prolific writing career, The Awkward Black Man. 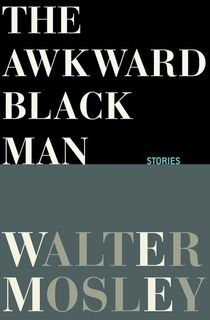 As I do almost every day, I’m starting over again, again. Now that I’ve passed the sixty-year mark, it seems as if each day is a new passage, a more deeply felt loss, or some unexpected plateau achieved.

When I was younger, life was a self-contained ebb and flow, as predictable as the tides under Luna. Breakfast and a drive, work from nine to five, the children as they became enthralled with one activity and then moved on without warning to new interests. Back then their lives changed daily, while Marguerite and I remained the same for them, even when we were lying, even when we feigned feelings and interest. She loved the children, and they her and me, and I loved the kids and her too. My feelings in the early days did not waver, not even when Marguerite and Gary Knowles ran away together and she was gone for twenty-three days while I was left alone to care for Juan, Alexander, and Trish.

I told the kids that Marguerite had gone back east because her mother was sick. The sanatorium, I said, was in a place where telephones didn’t work. I didn’t know that Gary had left Marguerite a week into their flight. He just needed somebody to help him out of the jam of his life: his alcoholic wife, their angry children, and the mounds of debt. He didn’t know that he was using my wife, and she couldn’t see past the euphoria of a world without whining children and a commonplace husband plucked off the rack.

“Jared?” she said, on that first call after she’d left me and he’d left her.

I was surprised, not about her call but because the only emotion I felt was relief.

“You don’t have to be. My mother is staying with us, and the kids think that your mom is sick.”

“I miss you too.” It wasn’t really a lie. Marguerite’s departure left a crease like the misshapen dents in my fatty thigh when I sit too long on a wrinkled sofa. When I was young those crinkles used to smooth out in a few minutes, but as I have gotten older I find that they last, sometimes for hours.

“You should know that we used protection,” she said.

This pedestrian vow made me think about insurance. I wondered if I could start a business that would insure a person’s life to remain as it was after having been violated by betrayal or, worse, a simple loss of faith.

“Come on home, Marguerite,” I told my closest friend. “The children will be so happy that we’ll probably have to take them to the zoo or something.”

That was a long time ago, before we broke up for good.

The final rupture came years later. Juan and Trish were out of college by then, and Alexander was slogging his way through his sophomore year. He never made it to the halfway point, but I didn’t see any problem with that. Alex liked to fish and got a job on a boat up in Alaska for a summer. He was the only black man on that boat or in the little coastal village where he’d met Solla, a Native woman who bore my first grandchild, Senta.

Well before Senta was born, Marguerite and I had decided to end our union.

I remember the evening our dissolution began. I was lighting a cigarette on the back porch, and Marguerite came out to ask me a question.

“Jared?” she called, opening the back door and catching me with the first cigarette that I’d smoked in twenty years.

Holly Martins, the office intern, had given it to me.

That morning Holly had said, for no particular reason that I could tell, “People are so afraid of dying that they don’t even live the little bit of life they have.”

She was dropping off client files I had asked for. Holly didn’t know that it was my fifty-third birthday or that Marguerite and I had been arguing for the past four mornings about her quitting her management position at Rae, Wheeler, Johns, and Picket Financial Advisors. I only wanted her to work for seven more months, so we could take a trip to Rome before tightening our belts.

“I never wanted to go to Italy,” Marguerite had said that morning. “And I can’t take one more day of those sexist assholes.”

Related: 10 Books By Iconic Authors That You Might Have Missed

“Do you smoke?” I asked Holly later that day, a few hours after her unasked-for existentialist sound bite on the general failure of humankind.

She was wearing a flimsy, brown and pink dress that was both too short and too tight for proper office attire, but Mr. Angelo, our supervisor, was afraid to tell her that because it might be construed as sexual harassment.

She ran out of my cubicle, came back in less than a minute, and laid a nearly full pack of the French cigarettes before me. She smiled and stared into my eyes.

Holly was a pretty young woman in her twenties, rounded in ways that made me think of a comfortable sofa in a room full of hard chairs.

I had no idea that her unsolicited pronouncement, the cigarettes, and the faraway architectural vestiges of the Caesars would bring about such deep changes in me and my world.

For months after that day I thought that ideas sometimes worked like viruses, that if you heard even just one word at the right moment, dozens of lives, maybe hundreds, could be deeply impacted by a kind of mental contagion.

“What are you doing?” Marguerite asked that evening when I had just lit my first stubby little Gitane.

“Somebody . . .” I said and paused. I was thinking that if she had come out a minute before, I wouldn’t have been caught. “Somebody dared me, and I’m trying to win the bet.”

Marguerite had been treated for breast cancer six years earlier. They caught the few cells at a very early stage. That particular cancer was the least virulent variety, but it scared us both, and she, ever since then, had been on guard against carcinogens of all types. We no longer ate bacon, used aerosols, or allowed smoking anywhere nearby. Marge started meditating and exercised every morning for at least forty-five minutes. We never ate sweets, red meats, white flour, or starchy vegetables. She wouldn’t allow cell-phone use in the house and harried our congresswoman with a barrage of letters urging a ban on the use of microwaves near schools and hospitals and, for that matter, in any neighborhood that didn’t want the dangerous radiation pulsing through its inhabitants’ flesh.

“That’s why I’m doing it outside,” I said, taking a drag of the harsh smoke. Even after twenty years I felt that nicotine rush as if I had last savored it only yesterday.

“You won’t even put it out when I’m standing right here?”

“I’ll blow the smoke out the screen.”

“Don’t you understand?” she said. “One molecule of that poison could start my cancer all over. That’s why so many people who have never smoked die of lung cancer every year.”

"People are so afraid of dying that they don’t even live the little bit of life they have."

People are so afraid of dying that they don’t even live the little bit of life they have.

I took another drag, and Marguerite hurried back into the house, slamming the door and throwing the bolt.

I was in my boxers and T-shirt on the screened-in porch, smoking that cigarette and loving every poisonous breath.

I rang the doorbell for an hour before breaking the living room window and climbing in that way. Marguerite ran out wild-eyed and indignant.

“What the hell are you trying to do?” she shouted.

“It was cold outside. What were you trying to do locking me out?”

“I was protecting my life,” she said as a pronouncement. “How can I trust a man who wants to fill my air with poison?”

“I’ll fix the window in the morning,” I replied. “Right now I’m going to bed.”

“No,” I said, “mine. If you don’t want to get contact cancer from me, you can go sleep on the couch or in some motel that has smoke-free anti-allergen rooms.”

When I came downstairs in the morning, Marguerite was sitting at the dinette table drinking tea. Her eyes were both tired and troubled.

“Did you sleep?” I asked, going about the motions of making my French-press coffee.

“Like existence,” I agreed, reminded of a phrase that Mrs. Anthony used in high school physics.

“What the fuck does that mean?” Marguerite had never before cursed in my presence.

“I know that it is,” I said, quoting my science teacher, “but I don’t know why.”

Marguerite stood up so violently that her cedar chair fell on its back. She held her teacup up high by its ear and, with subdued but elegant flair, let it drop. The china shattered under a spray of glittering amber liquid. She stormed out of the dinette. A few seconds later I could hear her footsteps overhead, marching into our bedroom.

When my coffee was finished, I told myself to go up there and apologize for something I didn’t quite understand. Child-rearing had taught me that understanding often comes after the apology, but even so I couldn’t make that climb.

Excerpted from THE AWKWARD BLACK MAN © 2020 by Walter Mosley. Reprinted with the permission of the publisher, Grove Press, an imprint of Grove Atlantic, Inc. All rights reserved.

A collection of seventeen short stories from award-winning and bestselling author Walter Mosley.