The Re-Read: The Boxcar Children

Revisiting the classic children's series by Gertrude C. Warner on its 75th anniversary.

On a Sunday morning, I decided to start reading The Boxcar Children while I drank my morning tea. The series is currently being adapted into a trio of animated films, but it has always been one of my childhood favorites. Who didn’t want to live in a cozy train car in the woods after reading it?

Originally published in 1924, author Gertrude Chandler Warner was inspired when she was home sick one day with bronchitis, and wondered what it would be like to live in one of those freight cars she often saw going by her home in Putnam, CT. In 2004, a Boxcar Children museum, complete with recreation of that red train car, opened in her hometown. I think I know where I’m going to live out my childhood fantasies when I have some free time!

Turns out, it’s so short that I finished the book before I even finished my cup of tea. And it still made me want to live in a boxcar in the forest. What fun!

Given that Warner wrote the novel around the time of the Great Depression, I couldn’t believe that it would really be as sunny as I’d remembered it. I mean, they’re homeless orphans, it should be a little depressing! I was sure that, as a child reader, I’d managed to miss all the nuances of misery, but no—they’re perfectly contented and totally delighted with their little boxcar, their chipped pink cup and other dump finds.

Though I loved the series a kid, I remember being annoyed at how goody-goody they were. They’re all practically perfect in every way, and perfectly behaved, in a way any kid can tell you isn’t realistic. Of the four siblings, the only “flaw” among them is that Benny’s always complaining about being hungry.

Thinking back on that, before re-reading the book, I realized with dawning horror that, of course, he was hungry, he was homeless! How callous I’d been, being annoyed by a little boy’s hunger.

But again, no—past the first book, they’re not homeless anymore—Benny just has a big appetite. And in the first book, hot older brother Henry (what—he’s hot, right?) always manages to provide them with some milk and bread and whatever else hobo kids eat.

It’s true, the Boxcar Children are essentially child hobos. Think about that for a minute.  That should be a totally depressing book, right? And yet, sunny as could be. And believe me, I was looking for a dark backdrop, hints of their true predicament—ones that kids might not pick up on, but surely an adult would. But, nothing.

In fact, everyone they meet (save one cranky baker) adores them upon first sight and helps them. Even the wretched grandfather they’re on the run from turns out to be not only super nice, but also super rich, and invites them to live in his mansion, hooray!

Looking for more classic children's books? Sign up for the Early Bird Books newsletter and get the best daily ebook deals delivered straight to your inbox.

And this is how generations of kids came to say “Mommy, mommy, I want to go live in the woods!” It’s basically our generation’s Walden.

The more I thought about The Boxcar Children, the more I wondered what the real story was. What would really happen to kids living alone in the woods? It would be way darker, more real hunger, real issues.  As the laws of this decade decree, a gritty reboot must be due.

Emily Murdoch’s If You Find Me is not an intentional remake of The Boxcar Children, but it does answer my question—what would really happen to siblings left alone in the woods?

Well, for one thing there’s a lot more in the way of drug dealers, pedophiles, and true fear. If You Find Me follows the story of 15-year-old Carey, whose drug addicted mother ran away with her when she was young and parked her in a busted camper, deep in the woods. Years later, still in the woods, Carey is left in charge of raising her nearly mute six-year-old sister Jenessa, while their mother shows up intermittently with canned goods for them.

When the story begins, their mother hasn’t been back in months and the girls are near starving. We see a story of true survival on bare means in the woods—beyond what Henry, Jessie, Violet and Benny could even fathom, much less handle.

After 10 years—her sister’s full lifetime and most of hers—salvation comes in the form of her father and the social worker who finally find them, deep within a national park.  Carey is terrified of her father, who her mother alleged had beat them—the reason they ran away and hid in the woods in the first place. But much like the Boxcar Children’s cruel grandpa, the truth is not what it seems.

As the girls adjust to life in the outside world, and their new upper middle class life, there’s both physical and psychological trauma to overcome. Not to mention public school, a bratty step-sister, and the bright lights of the suburban mall. You know, all the things that would really happen when a couple of kids left to fend for themselves in the woods re-enter society.

The story is in turn beautiful, shocking, and heart wrenching. Living in the woods no longer seems like such a fun idea, after reading this.

If you want to know what would really happen, read If You Find Me. If you prefer to live in a child-like fantasy of berry picking and boxcars, stick with The Boxcar Children. There’s room for both in my library. 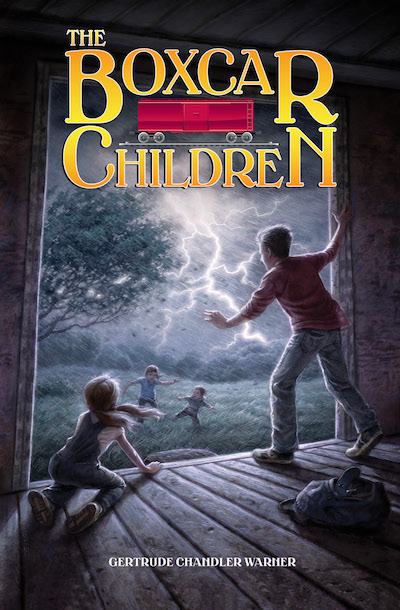 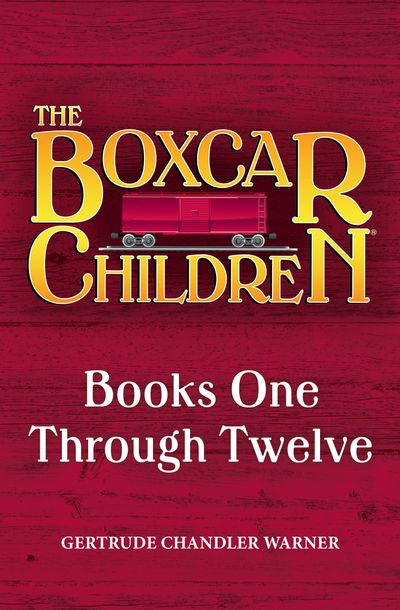 Looking for more classic children's books? Sign up for the Early Bird Books newsletter and get the best daily ebook deals delivered straight to your inbox.