All The President’s Children: 6 YA Books About Being (or Dating) the First Kid

In honor of President’s Day, we present you with the trials and tribulations of fictional first kids.

Being President of the United States is occasionally called the worst job in America. You know what’s worse? Being the president’s kid. As First Kid, you’ve got the press hounding you, paparazzi following you, Secret Service following you EVERYWHERE—to school, on dates, to walk the dog—and the parent who got you into this mess? Too busy dealing with international crises to pay attention to you. Sure, there are some perks. Namely, the bowling alley (thanks, Richard Nixon!), DVDs of new movies before they even hit theaters, and okay, fine, a 24-hour on-call chef. But still, you’ve had to leave home, leave your friends behind, and start at a new school as the most famous kid in America. In honor of President’s Day, I present you with the trials and tribulations of fictional first kids.

Bonus: If you prefer your fictional presidential offspring on film, you can choose between teenaged Katie Holmes or Mandy Moore (what can we say, 2004 was a prime year for first daughters), or the 1996 gem First Kid, starring the kid from The Mighty Ducks, with Sinbad as his secret service agent. 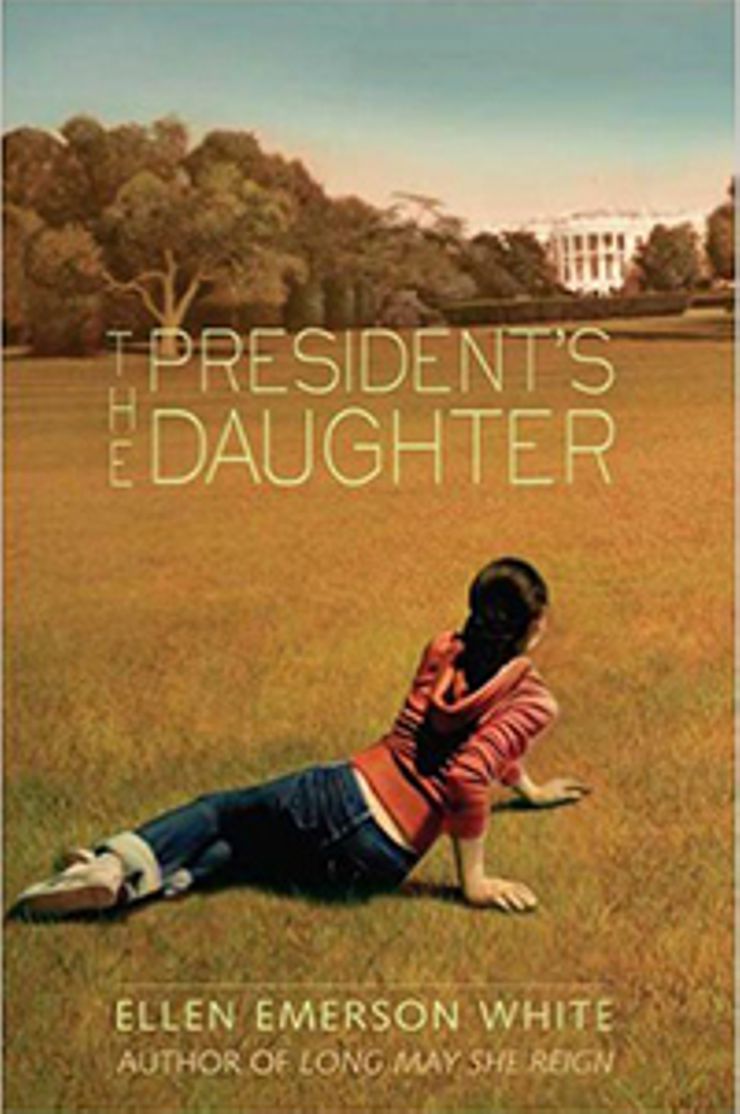 When Meg Power’s senator mother sits her down for important news, Meg’s hoping it’ll be that she’s not running for re-election. No such luck—her mom is running for President. The first half of the novel follows the primaries and election season (uh, spoiler alert, the title). Originally published in 1984, the novel was updated for modern day in 2008—Meg no longer drinks so much Tab, though she still watches The Brady Brunch, now on DVD, and luckily “New England preppies always dress the same”—in conjunction with the publishing of the fourth novel in this series, 20 years after the first. The series gets more exciting as it goes—there’s an assassination attempt in the second, and a kidnapping by terrorists in the third—this one is more focused on ambivalent feelings and the mother-daughter relationship. 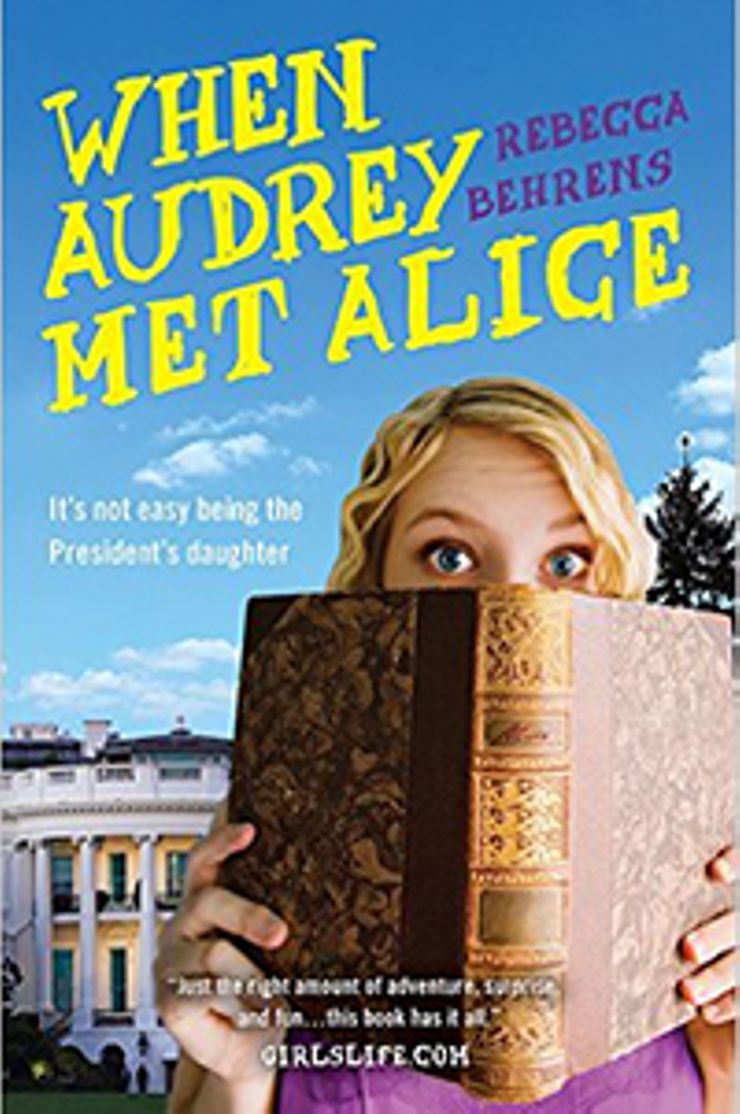 Bored and lonely in the White House after her mom is elected president, 13-year-old only child Audrey is feeling pretty blue until, hidden away in her White House bedroom’s closet, she finds an ancient pack of cigarettes, a handkerchief, and a diary—all property of Alice Roosevelt, daughter of Teddy. Audrey starts reading, glad to have someone who finally understands her unique position, and inspired by Alice’s crazy White House antics—she was known to bring her pet snake, Emily Spinach, in her purse to official state dinners. The reader is privy to Alice’s diary too—largely based on historical truth—and Alice is the real star of the novel. Teddy Roosevelt, exasperated with his daughter, once said, “I can either run the country or I can attend to Alice, but I cannot possibly do both.” 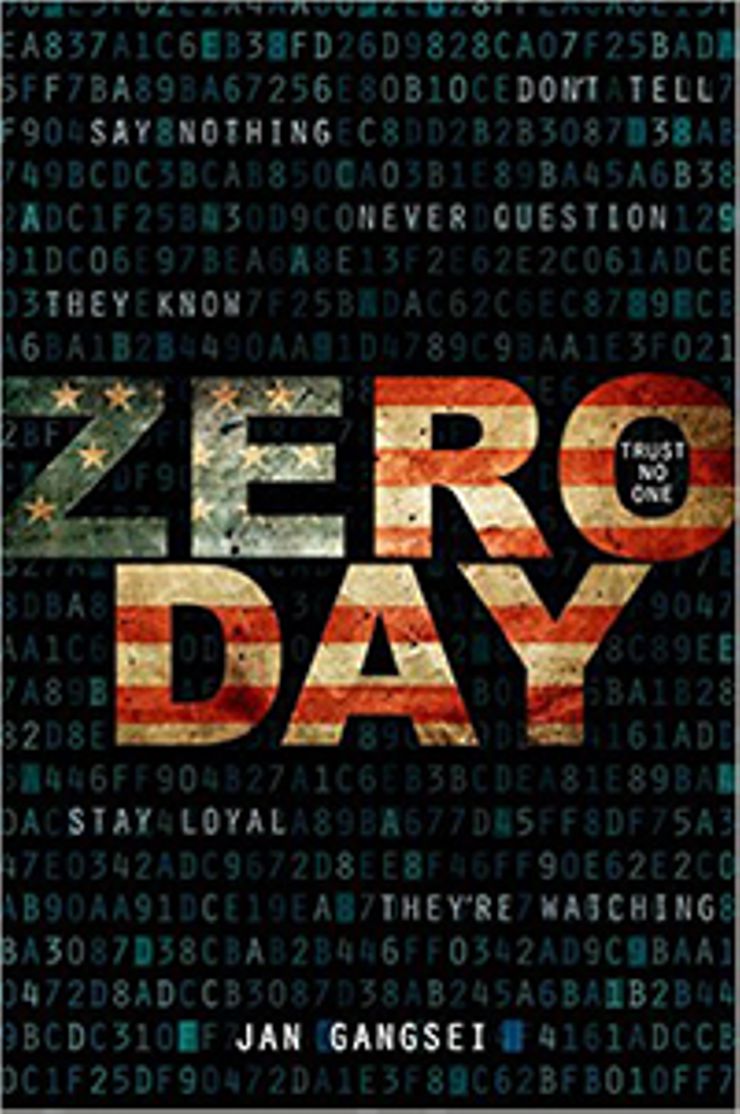 This political-thriller is Homeland for the teen set. Eight years ago, Addie Webster was kidnapped. Now, she’s back—just as her father, who is now President of the United States, is up for re-election. But is she really who she says she is? Or is she working for the terrorists? The NSA convinces her former best friend to spy on her to help them figure it out. With twists and turns that keep you guessing, this fast-paced thriller will leave you wanting more. 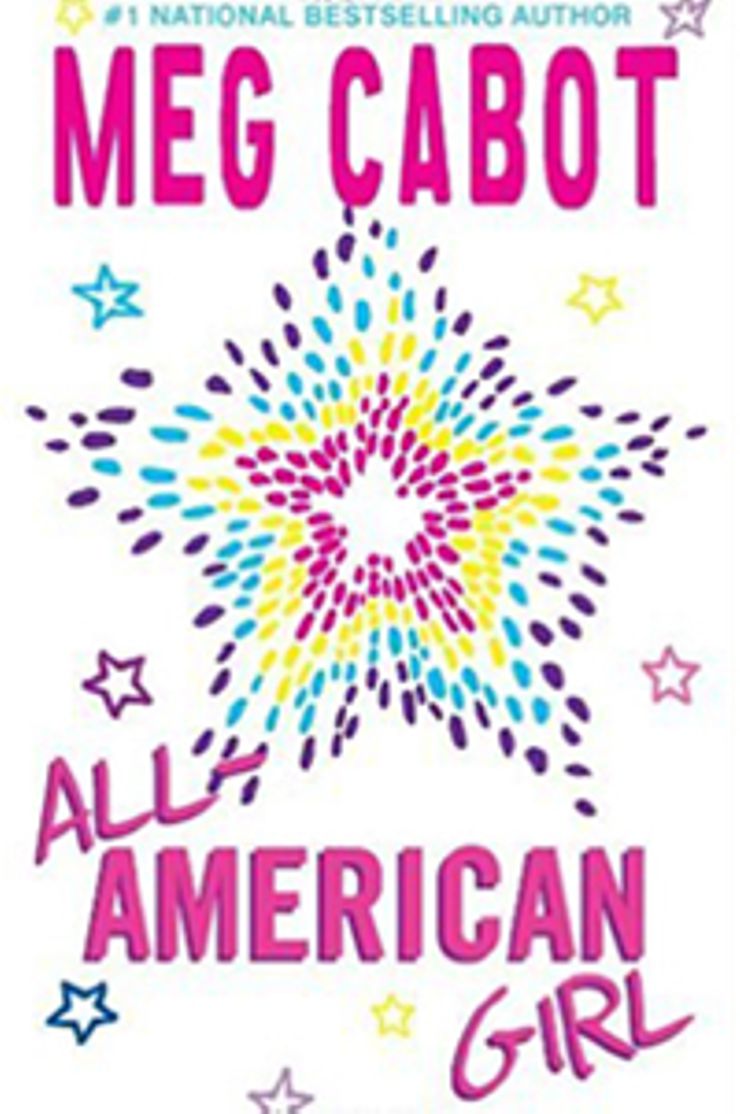 All American Girl, by Meg Cabot

Fifteen-year-old semi-goth Samantha Madison isn’t too psyched about going to the snooty art class her parents signed her up for. She doesn’t even care about the cute guy in the class, because she’s totally in love with her older sister’s boyfriend. So one day, instead of going to class, she sneaks off to go to the music store—and accidentally stops a would-be presidential assassin. That cute guy in her art class? Turns out he’s the president’s son and his dad was picking him up from class. Sam is now a national hero for saving the president’s life and is named UN teen ambassador, which causes all kinds of problems of its own. This 2002 #1 New York Times best-seller is a charming read, skewing on the younger end of YA, though things start getting sexy in the aptly named sequel, Ready or Not. 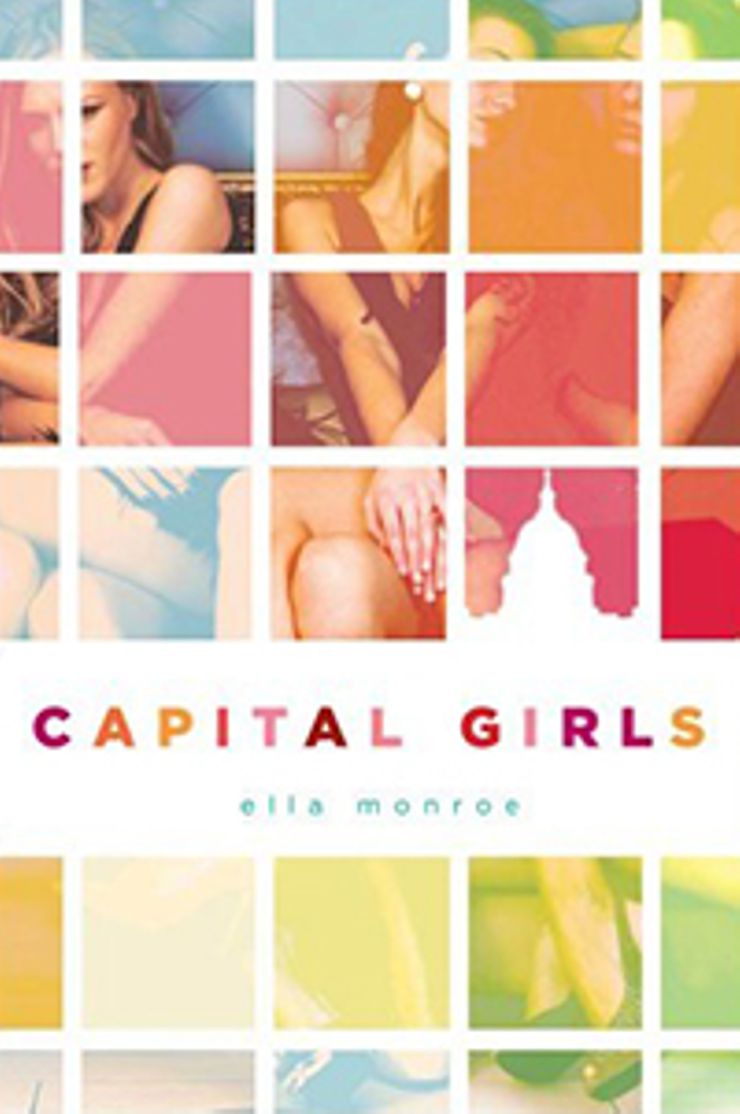 Think Pretty Little Liars with politics. Capital Girls follows four best friends who just so happen to be the children of some of the most powerful people in the country. Gorgeous, charming 18-year-old Jackie Whitman is the most popular teenager in D.C.—her mom is the president’s Chief of Staff—and her hot boyfriend’s mom just so happens to be the President of the United States. A perfect match? One might think … Things start falling apart when the leader of the Capital Girls dies in a car accident. With secrets, lies, and plenty of drama, you’ll be coming back for more. Luckily there are two follow up novels, plus a short story e-book. 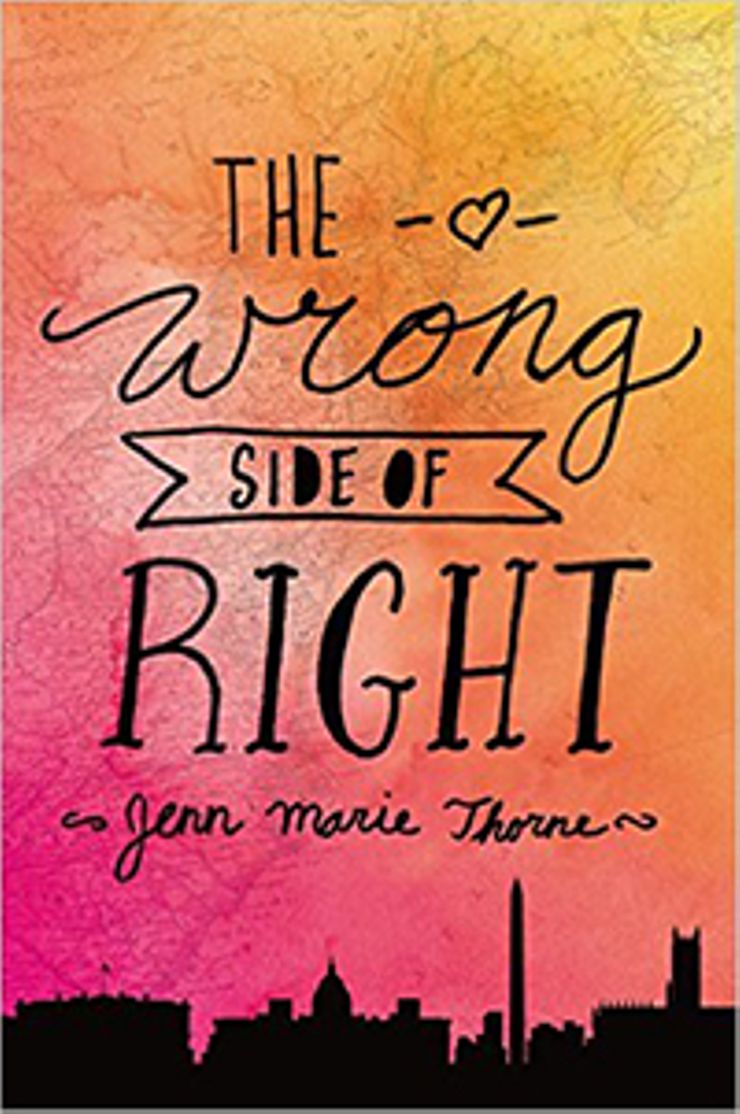 The Wrong Side of Right, by Jenn Marie Thorne

Kate Quinn’s never known who her father was. And when her mom dies, the secret died with her—until the day news vans show up at her uncle’s house, where orphaned Kate is now living. Her father? Somehow The New York Times knows—turns out he’s Senator Mark Cooper. And not only is he a senator, he’s also the Republican candidate for President. Kate moves in with his wife and the two siblings she never knew she had, and joins them on the campaign trail, where the political strategists try to figure out if she’ll be a hindrance or an asset. Complicating things even further? There’s a guy. A cute guy. And his dad is the incumbent U.S. President. Told with nuance, insight, and wit, Jenn Marie Thorne’s book is a real deal winner.