100 years after her birth, we celebrate the impact of the novelist and philosopher.

Some writers simply refuse to be boxed into one genre, and Iris Murdoch is one of them. From farcical plays to Gothic novels to philosophical texts, Murdoch dominated 20th century thinking with her complex, hard-to-define literature and nonfiction. She also happened to be an impressively prolific writer, producing 26 novels between the start of her writing career in 1954 and her death in 1999. Although 100 years have passed since her birth, Murdoch’s influence on literary circles and philosophy remains relevant to this day, and her novels—featuring characters who grapple with how to love unselfishly—are as urgent as ever.

Iris Murdoch was born on July 15, 1919 in Dublin, Ireland. Her mother was a trained singer and her father was a civil servant who served in World War I. When Murdoch was just a few weeks old, the family relocated from Ireland to England, where she grew up. This move would have a lasting impact on how Murdoch identified; though she was of Irish birth and heritage, she primarily considered herself British. This ambiguity wove its way into her writing: The Red and the Green is a novel about a young Irish man who grew up in England. When he returns to the Emerald Isle to visit his extended family—all Irish nationalists—the confrontation results in religious crises and the resurfacing of past betrayals, all culminating in an epic climax during the Easter Rising. 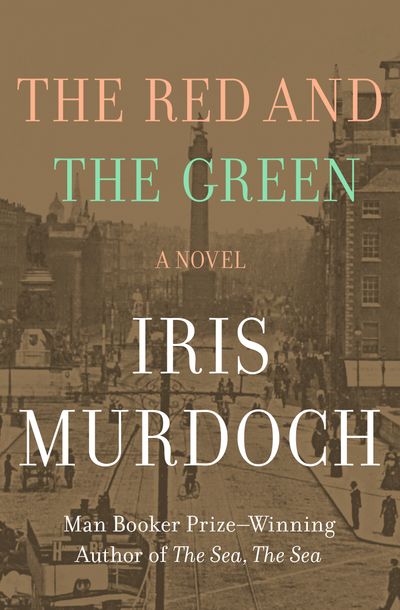 Murdoch graduated from the University of Oxford in 1942 and it was here that her love for philosophy bloomed. She undertook “Greats,” a course of study combining classics, ancient history, and philosophy. After receiving her degree with first-class honors, Murdoch worked for the Treasury for a brief time before taking on a position with the United Nations Relief and Rehabilitation Administration, working in refugee camps in Belgium and Austria.

In 1948, Murdoch began teaching philosophy at the University of Oxford, a position she held for 15 years. During this time, Murdoch published her first novel, Under the Net. The book centers around the misadventures of an aspiring writer named Jake Donaghue. After years of being a pretentious freeloader, Jake considers changing his ways, seeking out the advice of a philosopher friend and an ex-girlfriend, now a successful actress. His sidekick Finn accompanies him on a series of capers that include the kidnapping of a famous dog and a political riot on a film set. Under the Net is one of Murdoch’s most enduring works, with Time magazine naming it one of the 100 best English-language novels from 1923 to present. 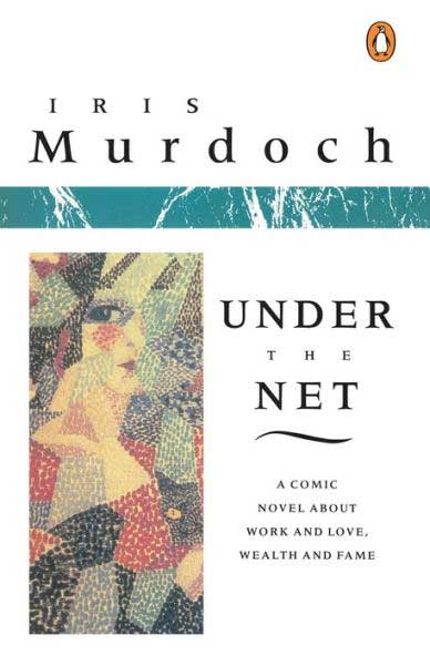 Want more Iris Murdoch? Sign up for the Early Bird Books newsletter and get the best daily ebook deals delivered straight to your inbox.

In 1956, Murdoch married John Bayley, a fellow writer who taught at Oxford University. Their marriage would last 43 years, until Murdoch’s 1999 death. It was also a topic of gossip, since Murdoch was well-known for having multiple affairs with both men and women, apparently with Bayley’s tacit permission. Many of Murdoch’s novels explore unconventional relationships like her own, with characters who grapple with infidelity and the tension between commitment and freedom. An Unofficial Rose, published in 1962, is one such novel; described by Publishers Weekly as “a Shakespearean comedy of misaligned lovers,” Murdoch’s sixth novel is about a man who, after his wife’s death, considers pursuing a relationship with a woman he once had an affair with. Meanwhile, his grown son ponders the implications of his own ongoing affair. 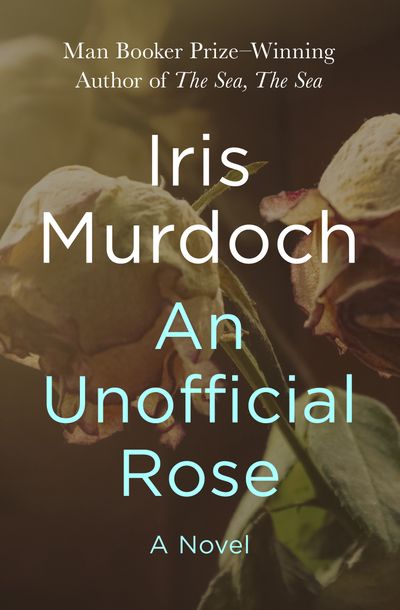 Murdoch’s political views were also considered controversial at one point in her life. She joined the Communist Party of Great Britain when she was a student at Oxford, a decision that would come to hinder future opportunities. In 1946, she had to decline a scholarship to study at Vassar College because the United States refused to issue her a visa on the basis of her political affiliation. Murdoch quickly became disillusioned by the communist party and distanced herself from it. However, in later years she was still heavily scrutinized whenever she visited the United States.

Murdoch’s stance on feminism was also the subject of much debate. Some consider her a staunch feminist for her portrayal of female characters and pioneering inclusion of lesbian and gay characters. At the same time, most of her novels focused on the male perspective. One such book that hones in on this friction is The Flight from the Enchanter. This novel is about the seductive nature of power. When enigmatic entrepreneur Mischa Fox takes a small feminist magazine under his wing, each member of the staff finds herself simultaneously drawn to and repulsed by his intoxicating energy. 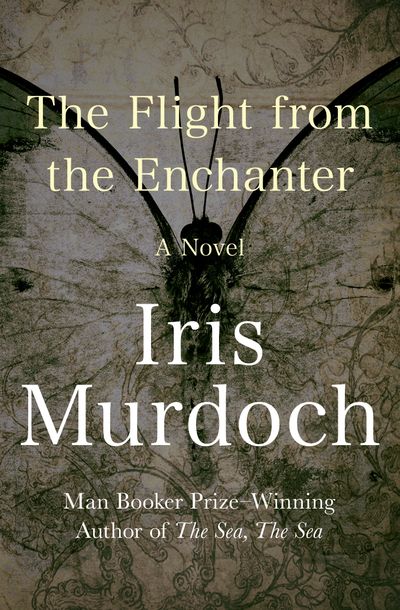 The Flight from the Enchanter isn’t the only one of Murdoch’s novels that features the “male enchanter” character, a sinister man who imposes his will on others. The most well-known example is from her novel The Sea, The Sea. This Man Booker Prize winner explores the intensity of romantic connections, and how one’s own feelings can create delusions that override reality. The main character is a man who retires from a successful career in London’s theater world to live a secluded life by the sea. He plans to write a memoir about his various liaisons with women; instead, he becomes distracted by an obsession with a former lover who has recently resurfaced from his past. His failed attempts to woo her force him to come to terms with his problematic behavior. Murdoch creates a brooding Gothic atmosphere as the ghosts from the man’s past materialize as shadowy figures that lurk around every corner. 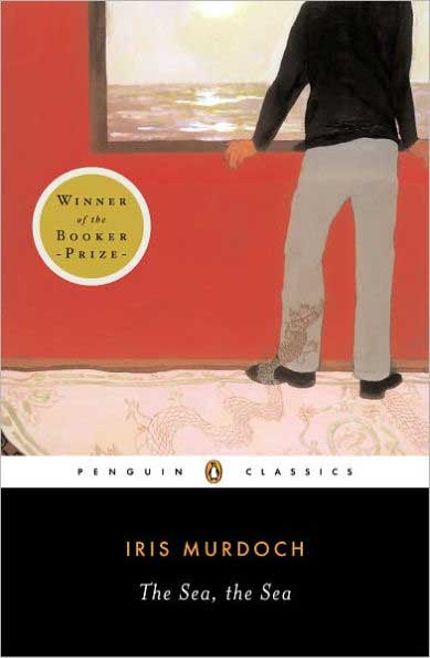 Throughout her writing—both fictional and philosophical—morality was a topic that Murdoch explored deeply. She admired Plato’s work and developed several theories of her own that gained traction among philosophers like Elizabeth Anscombe and Philippa Foot. In particular, Murdoch was interested in the juxtaposition between actions and thoughts, arguing that outwardly moral actions mean nothing if they aren’t accompanied by a generous “inner moral life” and kind interpretation of others. Her farcical novel A Severed Head dives headfirst into the sticky issue of ethical behavior. The novel revolves around a group of friends and neighbors who scoff at conventional morality. They fall in and out of love with one another, having affairs that inevitably lead to drama. Both poignant and hilarious, A Severed Head was adapted for the stage by Murdoch herself, and was also adapted into a 1970 film starring Richard Attenborough. 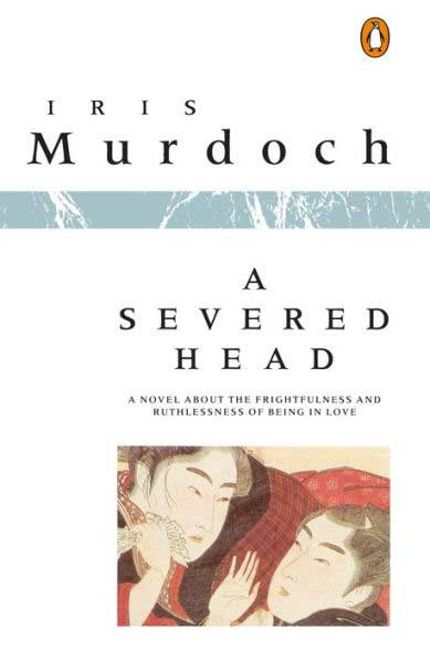 Iris Murdoch achieved many milestones before passing away from Alzheimer’s in 1999, at the age of 79. In 1987, she was made a Dame Commander of the Order of the British Empire. In addition to the Man Booker Prize, she won the James Tait Black Memorial Prize and the Whitbread Literary Award for Fiction. She also laid claim to being the first person to write an English-language monograph about playwright and philosopher Jean-Paul Sartre.

As Murdoch herself declared, “Every book is the wreck of a perfect idea.” Her books may not be perfect, but they had a lasting impact on Anglo-American philosophy, as well as the way we perceive morality and relationships. And for that, Iris Murdoch deserves to be remembered.

Want more Iris Murdoch? Sign up for the Early Bird Books newsletter and get the best daily ebook deals delivered straight to your inbox.