Since I wrote the poem “Barbie doll” in 1971, some aspects of women’s lives have improved—access to education (if she’s willing to spend half her life paying off that debt) and better paying jobs (although in most careers women are still paid less than a man for the same work), the ability to get credit on her own, obtain a mortgage or other loan, change or not change her name, marry another woman. There are no old maids any longer. Many women choose not to marry at all and do fine. If she wants to have a baby, she doesn’t need a husband. The term “bastard” has none of its original meaning left, any more than “damned” has theological significance.

With great effort we won the right of choice: to have a baby when we want one, access to safe contraception to prevent unwanted pregnancies, and the right to legal and safe abortion when we can’t or don’t want to take that on. Yet every month, those rights are slipping away in state legislatures and are now under siege by the federal government and Congress. And if Trump is successful in his appointment to the Supreme Court, abortion will be illegal for decades to come.

What has not improved since 1971 is the importance society, men and women themselves, place on body image. In fact, it’s gotten worse. The media is incredibly important. We are in a time when people spend hours a day pursuing a perfect body, far more narrowly defined than ever before. Marilyn Monroe had a woman’s body. Now, she would be put on a severe diet and ordered to liposuction. We are as puritanical about food and weight as previous generations were about sex. Fat is seen as a sign of weakness, indulgence, sin. Flesh is bad; bones are good. Girls diet themselves into anorexia in order not to become women but to keep a little girl’s curveless body. We discarded those torturous girdles only to welcome Spanx. A woman’s natural body that has been admired for thousands of years is now gross.

To age is just as bad. It takes an enormous amount of time and money to try to always look younger than you are and carry less weight than your body comfortably wants to carry. Women may now become doctors, lawyers, judges, senators, governors, the presidents of co-ed colleges, but we are still judged first by how we look and second, by how we dress. Attacks on Hillary Clinton when she was running for president almost always included denigration of her appearance.

Women who can afford it court danger by going under the knife to correct what they perceive as flaws: breasts too small, too large, too droopy, vagina not tight enough, nose too big or long, fat around the hips or belly or thighs, chin too sharp, too weak, too square. It’s rare to find a woman who accepts her body as it is, who likes herself in that way or, sometimes, in any way at all. We are not beings but projects, always under construction or deconstruction.

Staying skinny and trying to look ten years younger is not cumulative and you can never rest. The French you learned at twenty returns easily on a visit to France. Retired athletes go as rapidly to flab as anyone else. The myth is that the young and pretty and thin inherit the earth. More likely it’s the kid who sits at the computer instead of running around the block. This world is run by more fat, bald seventy-year-old men than it is by runway models, but I don’t see women trying to look like fat seventy-year-old men.

Now we have a president who judges women solely by their appearance and feels he has a right to harass and molest any woman he approaches. He has boasted of his right to accost women. He has made fun of any woman he doesn’t consider sexually desirable to him. He has suggested discarding wives who dare to grow older. Women are once again things for men to dispose of as they wish.

Trump is encouraging a return to the good old days when men expected—and got—subservience from the women around them: wives, girlfriends, daughters, coworkers. That fits in to the Republicans’ War on Women, the ongoing efforts to strip away the rights women have won to control our bodies, our sexuality, and reproduction.

The media has seldom been a friend to women. The women we see on television and in films are what would have been regarded even a generation ago as painfully thin. Older women seldom appear at all. We learn to body shame each other. Our music often denigrates women except when produced by occasional strong women like Beyoncé and Lady Gaga, but they too are judged by appearance far more than male performers are. Many male rockers fall into nobody’s standards of physical perfection and nobody attacks them.

Girls as young as third grade begin to dislike their bodies, begin to diet, begin to blame themselves and each other for their bodies and faces. Girls are sexualized painfully early, told how they should look and act, to be cute, to be popular, to be acceptable. It never seems to end until a woman becomes invisible with age.

Ninety percent of women who are not in entertainment or sports would never be acceptable on television, in film, or in ads. We look at these images and berate ourselves that we do not—and cannot—resemble them. What is natural is forbidden. How sick is that? When most women cannot possibly achieve what is held up to us as what we should be, something is wrong in our society and it’s not getting better. That’s why this old poem goes marching on. 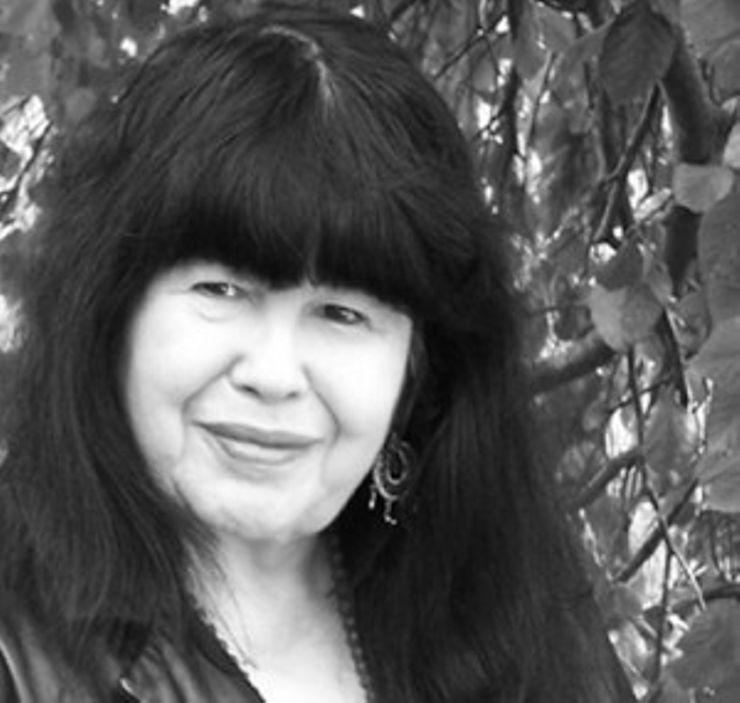 Marge Piercy is the author of nineteen poetry collections, including The Hunger Moon and Made in Detroit, and seventeen novels, including the New York Times bestseller Gone to Soldiers and He, She and It, winner of the Arthur C. Clarke Award for science fiction. A champion of feminism, antiwar, and ecological movements, Piercy often includes political themes in her work and features strong female characters who challenge traditional gender roles. Her book of poetry The Moon Is Always Female is considered a seminal feminist text.