When re-reading the six novels Austen wrote herself is not enough.

It’s a truth universally acknowledged that devotees of Jane Austen’s novels cannot be satiated by Austen’s novels alone. Thus enters the lucrative market of modern-day spin-offs, retellings, reimaginings, and, of course, zombies. For the Austen fan in want of ever more of her charming characters, delightful romances, and comedies of errors, here are six contemporary novels for Jane Austen fans. 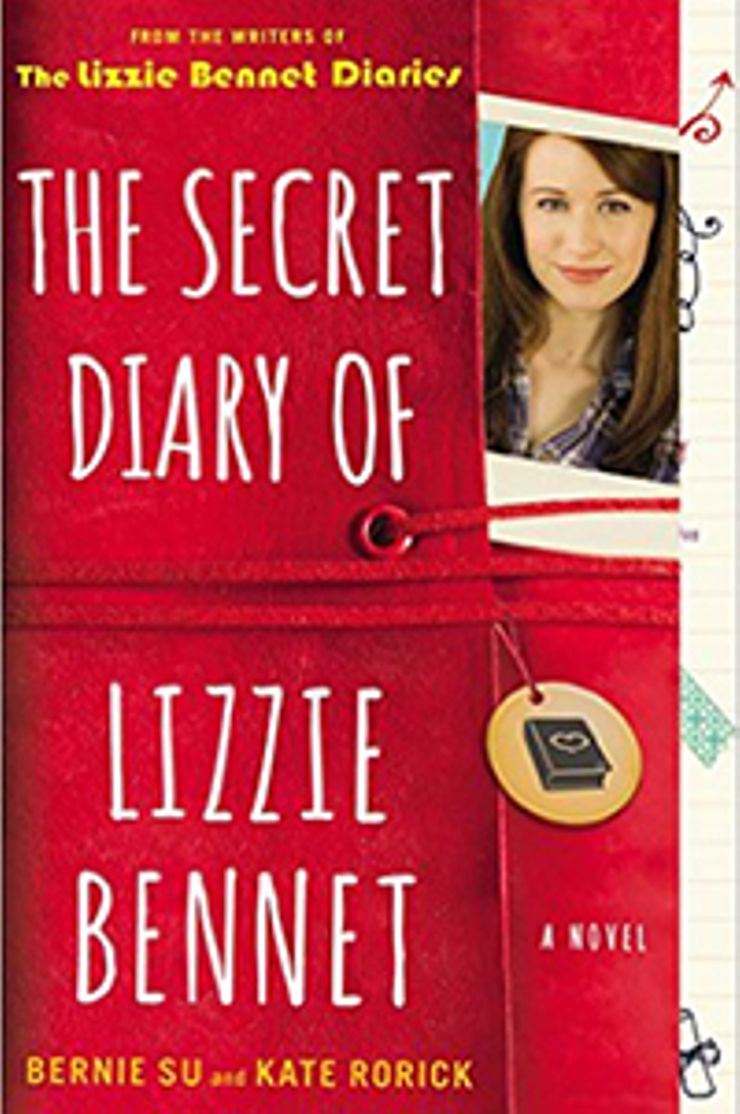 The Secret Diary of Lizzie Bennet, by Bernie Su and Kate Rorick

A novel based on a video blog/multimedia series based on a novel. Confused? Don’t be. While intended as a companion to Emmy Award-winning The Lizzie Bennet Diaries video series, it can absolutely be read as a standalone novel. The story takes place in and around the (totally delightful) vlogs, made by Lizzie Bennet 24-year-old media studies grad student, trying to move out of her parent’s house amid piles of student debt. All of the characters and plot lines are cleverly reimagined for modern day—slacker college student Lydia and hot swim coach Wickham make a sex tape; Mary is a sullen, goth cousin; and Darcy runs the Google-esque Pemberley Digital. Be sure to also check out the follow up novel, The Epic Adventures of Lydia Bennet. 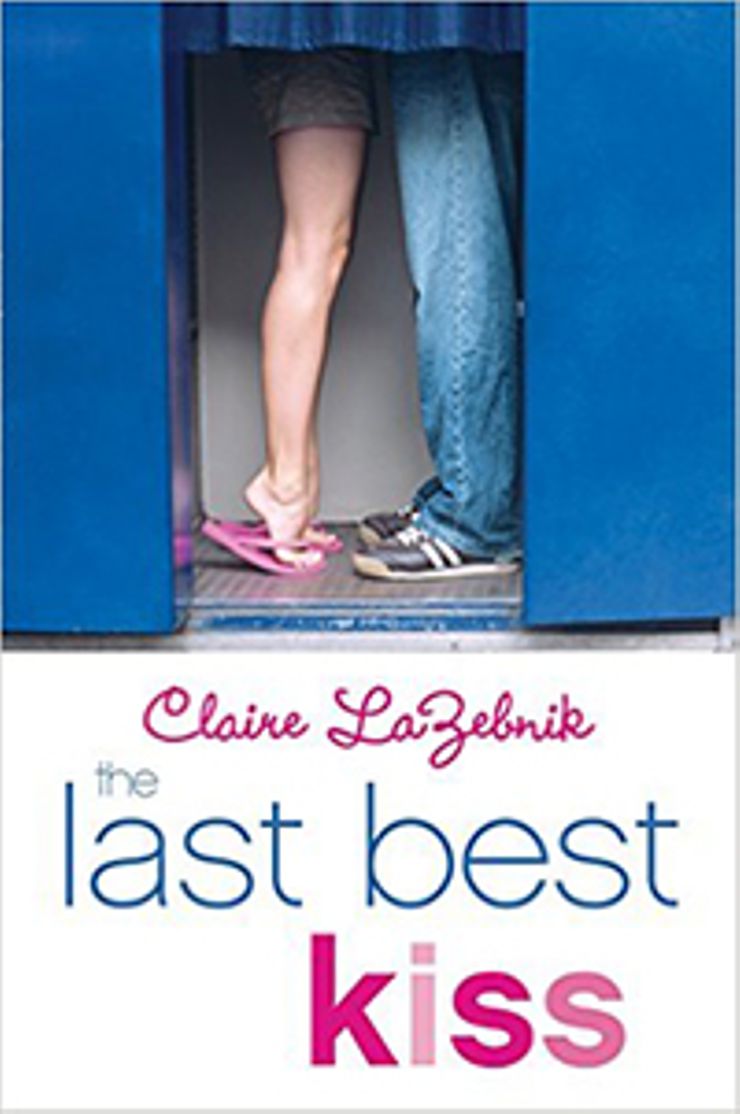 Ever wondered what Persuasion would be like as a teen novel? You’re in luck! In Claire LaZebnik’s delightfully charming YA take on Austen’s classic, Anne Elliot takes the form of Los Angeles teenager Anna Eliot who in her freshman year of high school had a secret romance with her dorky classmate Finn Westbrook (our Captain Frederick Wentworth). Worried about her popularity, she rejects his invitation to the school dance and makes it abundantly clear that she doesn’t want to be seen in public with him. They break up and he moves away, heartbroken and hurt. Now, it’s senior year and Anna, lesson learned, is over caring what her friends think. Finn returns to their high school, newly buff, tall, and hot, and her BFF is all over him. Can Anna get over her jealousy? Can Finn get over his hurt? See also, Epic Fail, LaZebnik’s teen take on Pride & Prejudice. 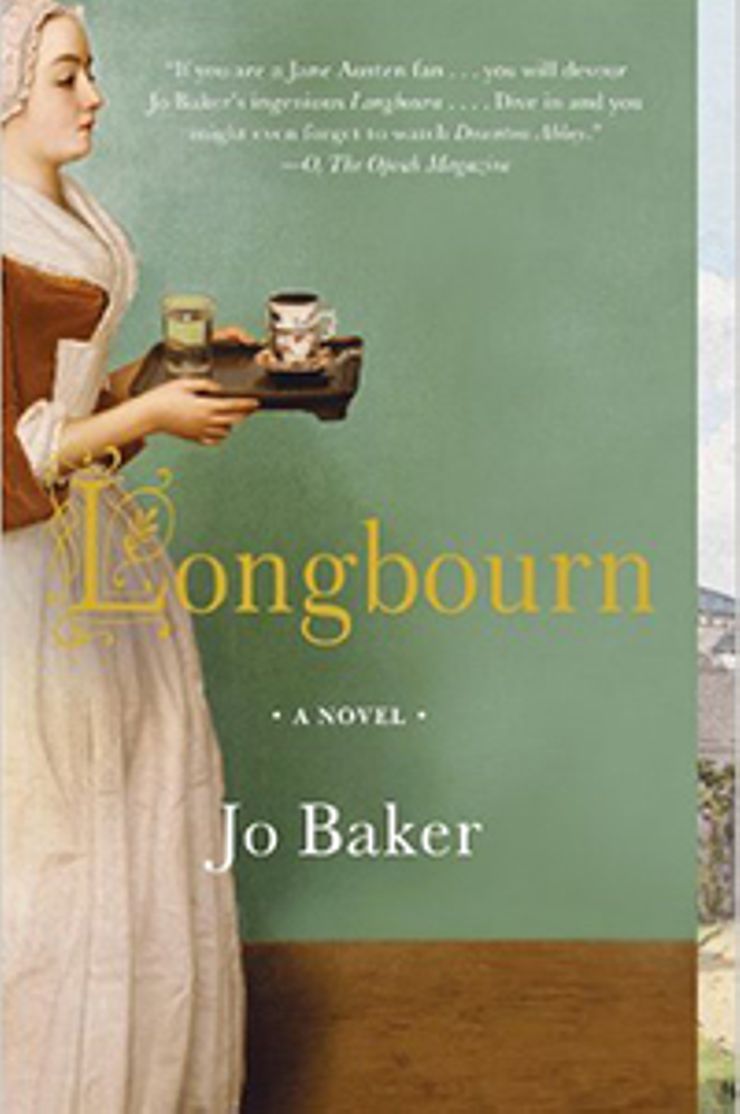 Perfect for fans of Jane Austen and Downton Abbey—and no doubt there’s a fair bit of crossover there—Baker’s novel goes downstairs at Longbourn, telling the story of Epic Fail, LaZebnik’s teen take on Pride & Prejudice from the point of view of the housemaids and staff of the Bennet household. Get a new perspective on your favorite characters, from the people who empty their chamber pots, as well as further insight into the Regency Era, beyond balls and handsome bachelors.

In an interview, Baker said, “As a child, reading Jane Austen, I became aware that if I’d been living at the time, I wouldn’t have got to go to the ball. I would’ve been stuck at home, with the housework … And so once I was aware of that—of that English class thing—Pride & Prejudice began to read a little differently. I noticed other presences. A footman enters, a housemaid is told to run along and do something. I also began to realize that some things that seemed to just ‘happen’–notes arriving, carriages being brought round, meals being served–would of course require human agency to make them occur. I became fascinated by these little flickers of activity: I started to see a whole other life going on below the surface of the book.” 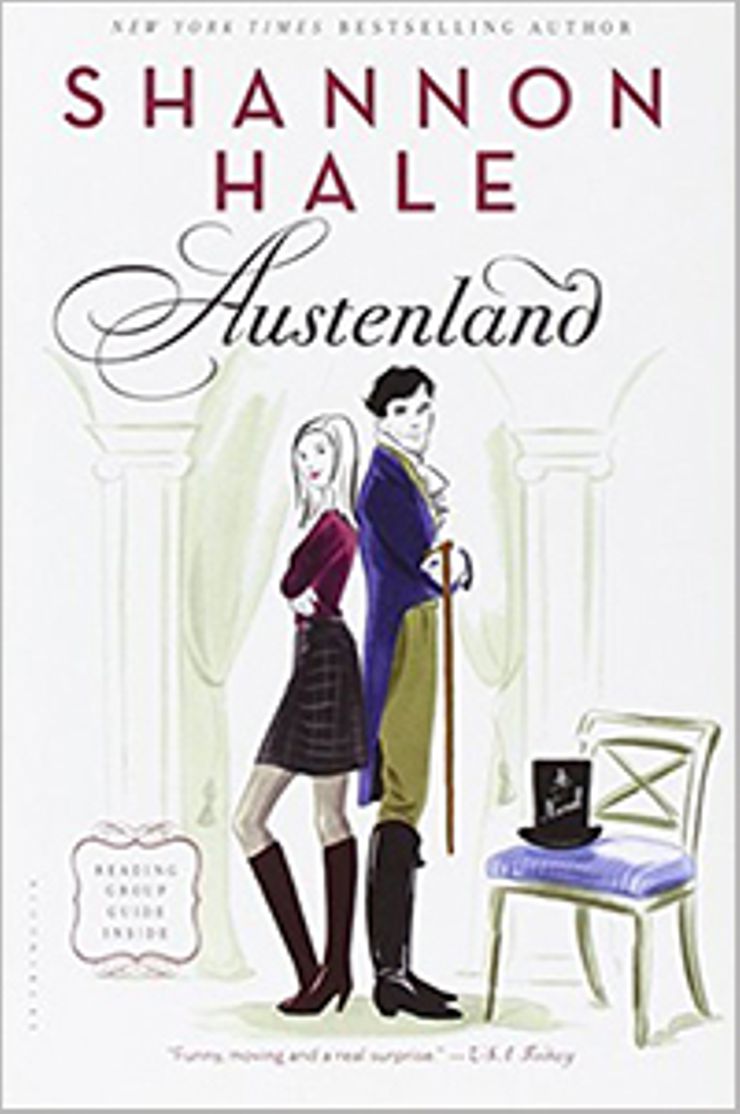 Thirty-two-year-old Jane Hayes has a problem. She’s so obsessed with Mr. Darcy (as played by Colin Firth) that she can’t find a real man who can live up to him. After confessing this problem to an elderly great-aunt, she receives the gift of a trip to Austenland, a full-fledged Regency-era resort for Austen obsessives. What follows next is full of hilarity, romance, and epic plot twists. Despite what critics think, Austenites and fans of fun rom-coms will love the movie adaptation, starring Keri Russell and a hilarious Jennifer Coolidge. There’s also a novel sequel, Midnight in Austenland, loosely based on Northanger Abbey. 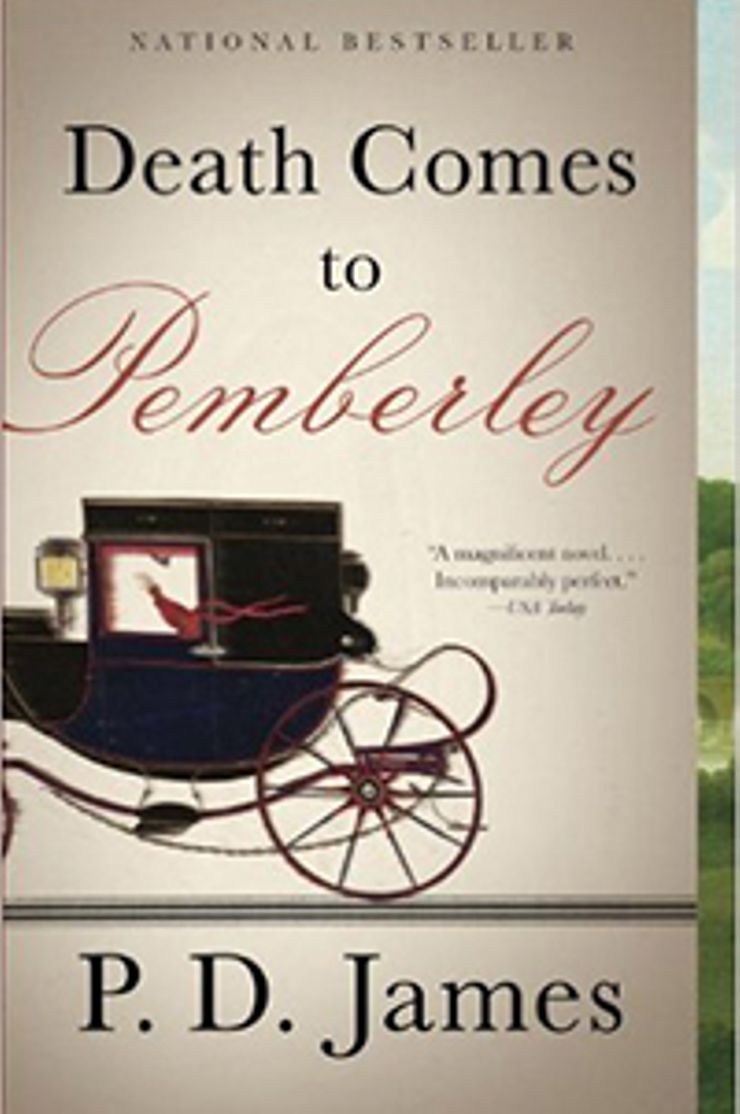 So, whatever happened after Pride & Prejudice? This inventive mystery novel by acclaimed crime writer P.D. James takes us back to Pemberley, six years later, with Elizabeth and Darcy happily married, with two sons. All is well in their world until, on the eve of their annual autumn ball, a manic coach pulls up, carrying a hysterical Lydia Bennet, screaming that Wickham has been murdered. (A good choice, in that no one very much minds if that miscreant bites it). Written in an effortless imitation of Austen’s own voice, what follows is a page-turning mystery that’ll have you on the edge of your seat. 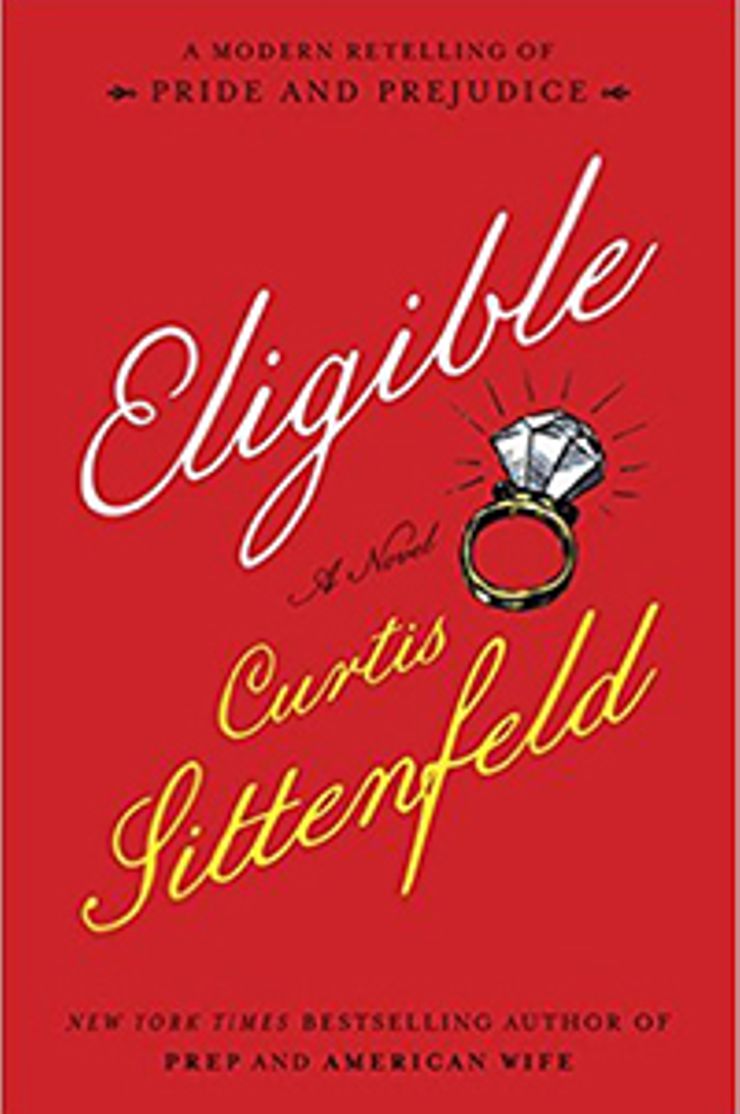 The latest addition to The Austen Project, wherein six popular contemporary novels take on the works of dear Jane, Sittenfeld’s modern take on Pride & Prejudice is set to be published on April 26. In the original novel, Elizabeth and Jane, those old spinsters, are actually on 20 and 22, respectively. For their single plights to read plausibly in the modern age, Sittenfeld has nearly doubled their ages—our new Jane is on the cusp of 40, a fact that, naturally, gives Mrs. Bennet heartburn. In this modern American tale, Liz Bennet, a magazine editor, and her sister Jane, a yoga instructor, both live in NYC and must return home to Cincinnati when their father takes ill. And the eligible gentlemen? Doctors, of course. Can’t wait!