These tales are about more than back alleys and dirty needles.

Trainspotting. The Lotus Crew. Requiem for a Dream.

Most people can tell you immediately what these classic books have in common: They’re about drugs.

There is a whole literary genre devoted to the seduction, high, downward spiral, and dazzling train wreck of drug use and abuse. And there are several approaches to writing about it.

The first is to romanticize the situation. Sherlock Holmes’s cocaine-fueled brilliance and Aldous Huxley’s psychedelic-obsessed experiences in The Doors of Perception are just two examples.

Others are dire, warning filled rants or testimonies against the many evils of using, such as the 19th-century classic Confessions of an English Opium-Eater.

In the last few decades, however, the stories have been a gleeful mixture of the two. Books, like Fear and Loathing in Las Vegas and Junky, celebrate the glory of the high but, at the same time, reveal a world that is hopelessly intertwined with the very depths of human depravity.

But whether you believe drugs are a bastion of the morally bankrupt, or the only alternative to the pointless pursuit of capitalism, these tales are about more than back alleys and dirty needles.

Still not convinced? Page through the following drug-themed, modern masterpieces and discover the meaning behind the madness. Feel free to tell us about the ones we missed in the comments below. 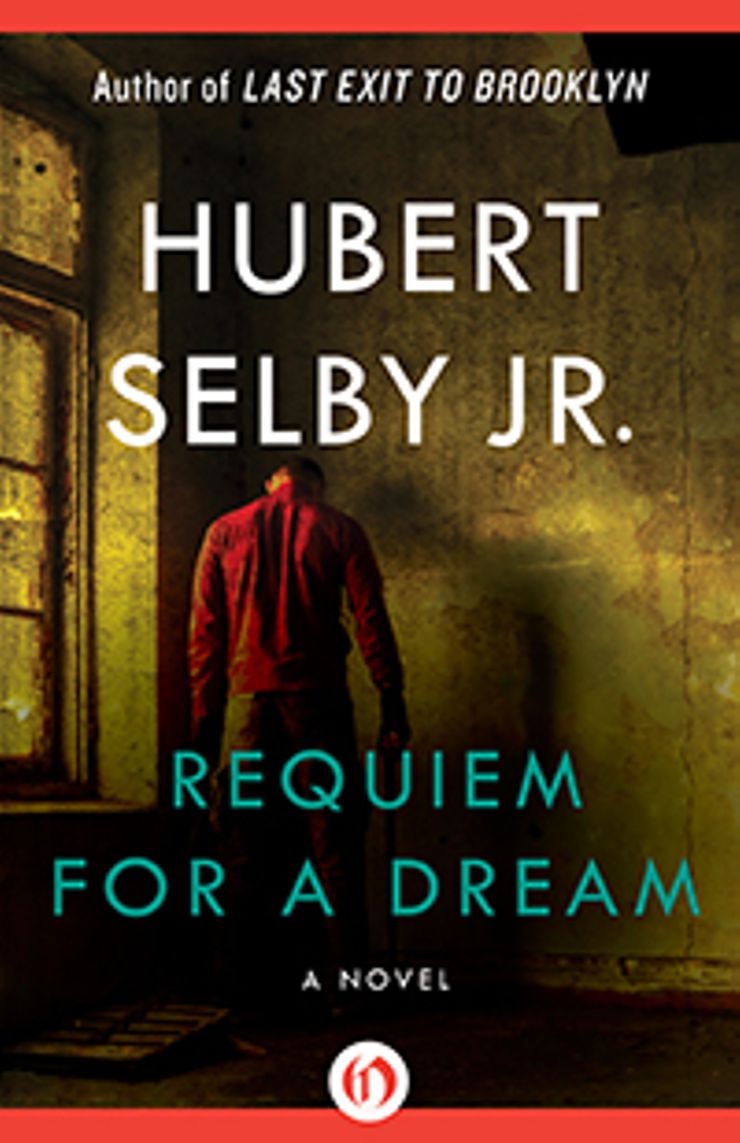 1. Requiem for a Dream, by Hubert Selby Jr.

One of the most famous drug novels of all time, Requiem for a Dream tells the tale of three young heroin dealers in Brooklyn, as they succumb to addiction and their lives spiral out of control.

The real meaning: It is a tragic warning against addiction, but also commentary on the futility of the American dream.

“Obviously, I believe that to pursue the American Dream is not only futile but self-destructive because ultimately it destroys everything and everyone involved with it.” 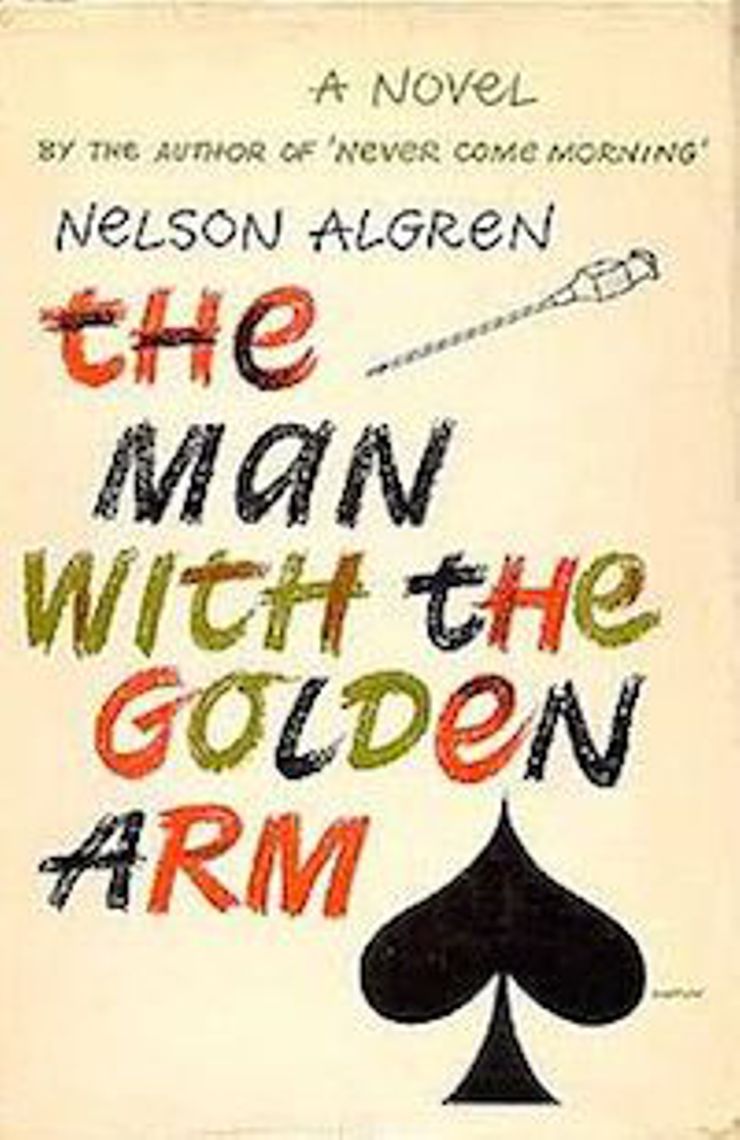 2. The Man with the Golden Arm, by Nelson Algren

Winner of the very first National Book Award for fiction, The Man with the Golden Arm follows World War II veteran Frankie, who has returned to the United States addicted to morphine. As he struggles with poverty and his drug habit in the inner city, he attempts to make it as a musician and starts an affair.

The real meaning: It’s more about the dehumanizing influences of poverty and ignorance in the lower class inner city than about actual drug use.

“He was falling between glacial walls, he didn’t know how anyone could fall so far away from everyone else in the world. So far to fall, so cold all the way, so steep and dark between those morphine-coloured walls…” 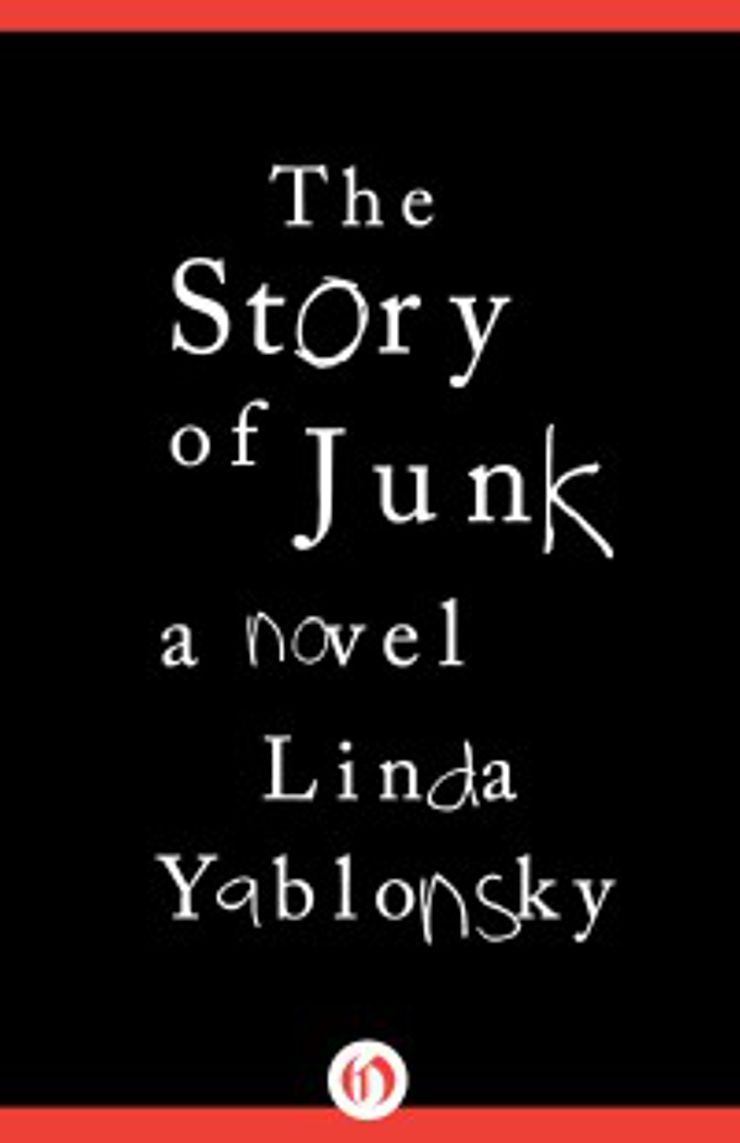 3. The Story of Junk, by Linda Yablonsky

This thinly disguised Roman-a-clef tells the story of a middle-class young woman who falls into using and dealing heroin, with disastrous consequences. It’s so much more than just a sad drug story; the New York Times calls it “sometimes joyful, sometimes harrowing, always brimming with love.”

The real meaning: Yablonsky’s narrator is more than just a junkie dealer; she is a businesswoman. Unlike other drug-themed novels, The Story of Junk explores the rhythms of addiction and dealing and artist subculture that allows them to thrive.

“There lies the beauty: I’m done with thinking. All it ever did was make me cry.” 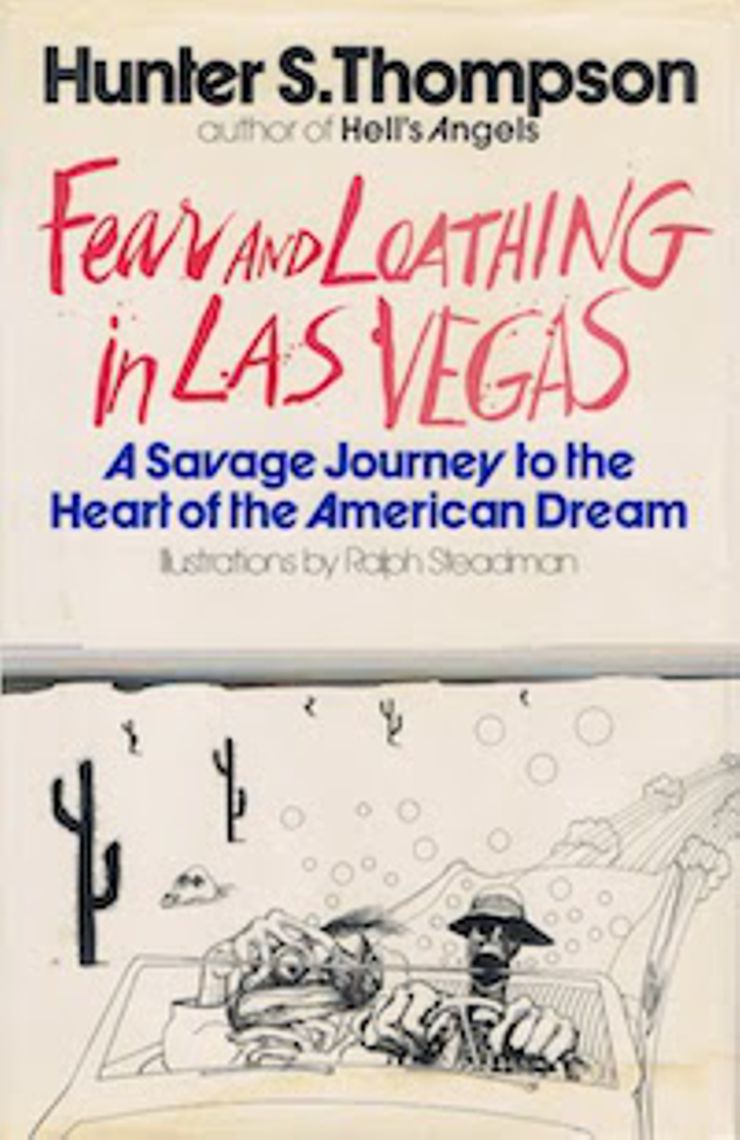 4. Fear and Loathing in Las Vegas, by Hunter S. Thompson

This novel, important for so many reasons, is a fictionalization of a trip to Vegas taken by Hunter S. Thompson. Like other titles on this list, the novel is written in a nonlinear fashion, and features several drug induced hallucinations intermixed with reality.

The real meaning: Subtitled “A Savage Journey to the Heart of the American Dream,” the book is a commentary on both “making it” in America and the empty radicalism of the 60s.

“No sympathy for the devil; keep that in mind. Buy the ticket, take the ride … and if it occasionally gets a little heavier than what you had in mind, well … maybe chalk it off to forced conscious expansion: Tune in, freak out, get beaten.” 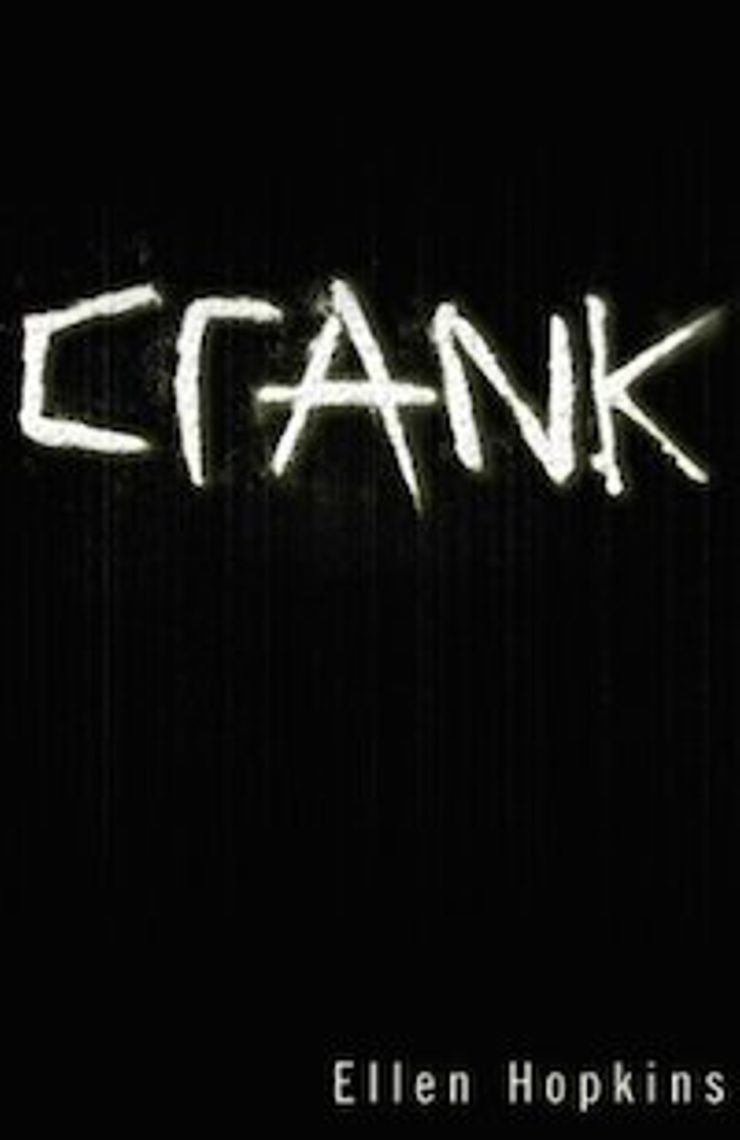 Crank is based on the real-life experiences of Hopkins’s daughter as she gets caught up in the world of crystal meth. Written in verse scattered haphazardly around the page, this novel shows a life consumed by drugs, as young Kristina transforms into the rebellious and meth-addicted Bree.

The real meaning: Throughout this tense tale the theme is clear: Choices have consequences.

“I hate this feeling. Like I’m here, but I’m not. Like someone cares. But they don’t. Like I belong somewhere else, anywhere but here, and escape lies just past that snowy window, cool and crisp as the February air.” 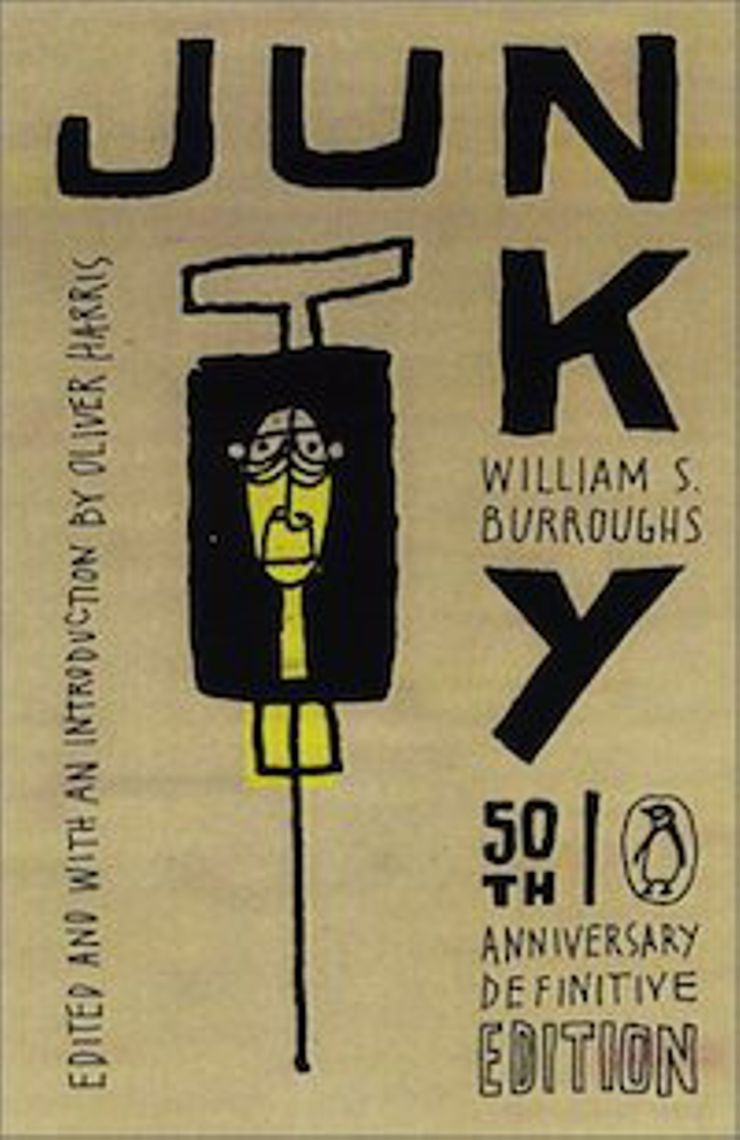 This polarizing novel does not warn readers away from drugs. As The Daily Beast put it, it’s “an irresistible strung-out ode to the joys and perversities of drug addiction.” Through this book, Burroughs pioneered a new literary form, known as cut-up, that cast light into the fractured consciousness of the junky.

The real meaning: Some drug addicts use because, despite the costs, it’s better than having 2.5 kids, a white picket fence, and a soul sucking job to support them.

“Kick is seeing things from a special angle. Kick is momentary freedom from the claims of the aging, cautious, nagging, frightened flesh.” 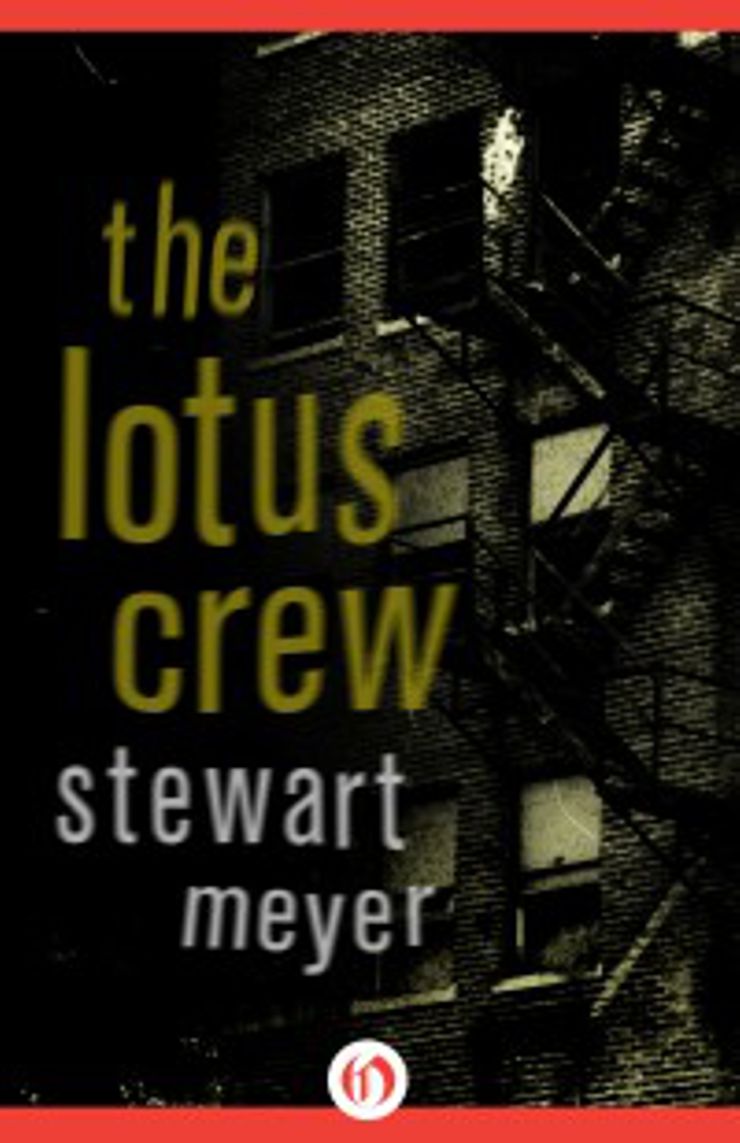 7. The Lotus Crew, by Stewart Meyer

Written under the tutelage of Burroughs (see above), Meyer’s The Lotus Crew similarly delves into the gritty underworld of the junky / dealer life in New York City. Using street slang and phonetic spellings, Meyer immerses readers into the story of Tommy and Alvira as they begin their drug dealing empire.

The real meaning: Meyer uses drugs as a vehicle to explore fundamentals of human relationships such as power and loyalty.

“No stops to make. No pieces of other lifetimes like childhood chalk on the factory wall. He had no destination, but Alvira never feared open-ended transitions. It was inevitability he feared. And boredom, and mundane inertia.” 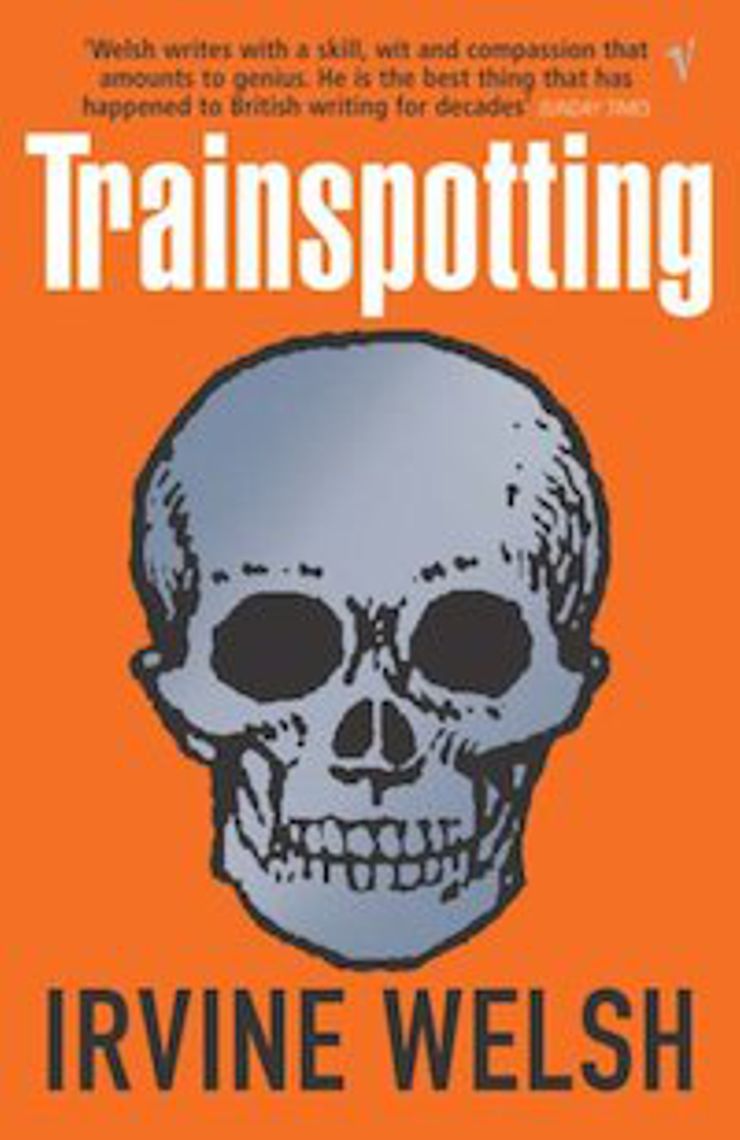 Told in a variety of dialects with a multiplicity of narrators, this book covers the lives of a group of heroin addicts living in Scotland.

The real meaning: Not only does the book capture the destructive power of addiction, it also drives home the point that even among friends, the drug always comes first. 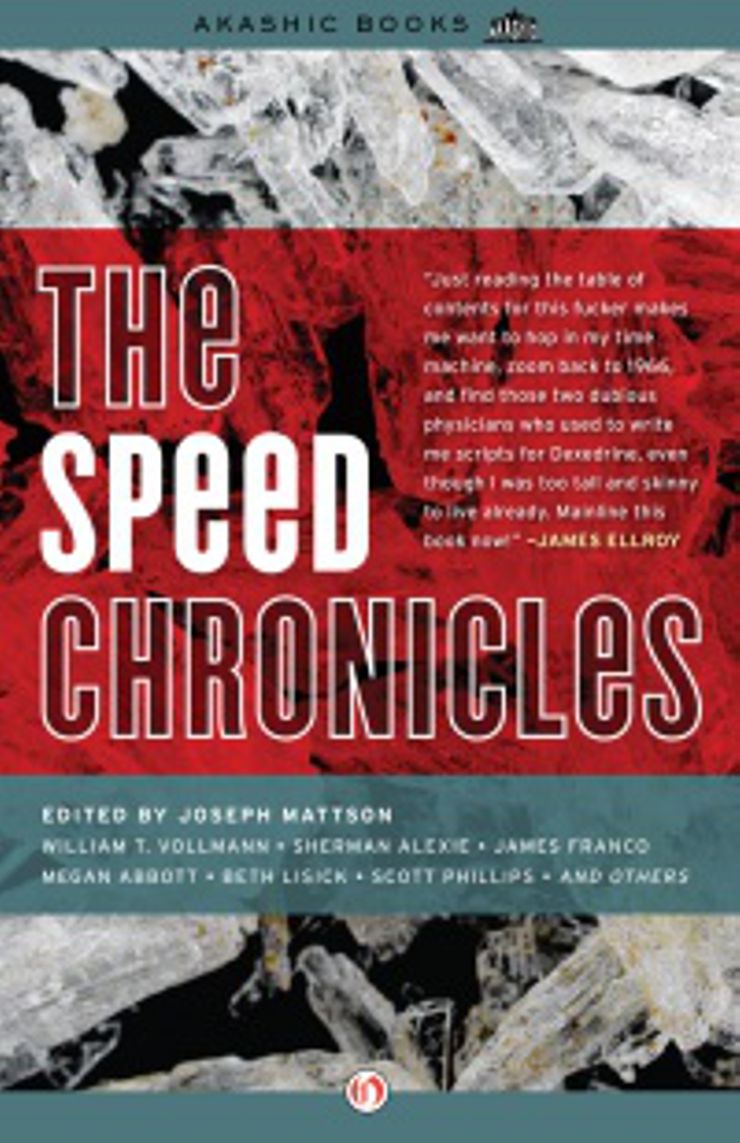 This anthology of short stories about crystal meth includes authors such as Sherman Alexie and actor James Franco. They explore using speed in diverse settings and cast light on how the drug affects such a wide cross-section of Americans.

The real meaning: Drugs are used by the rich and poor, affecting lives regardless of race, location, and socioeconomic status.

“Some shoot for angst-curing kicks, some snort for sad endurance, some for explosive joyrides into the unknown, because no matter how delicious dying young might seem, they want to live forever.” 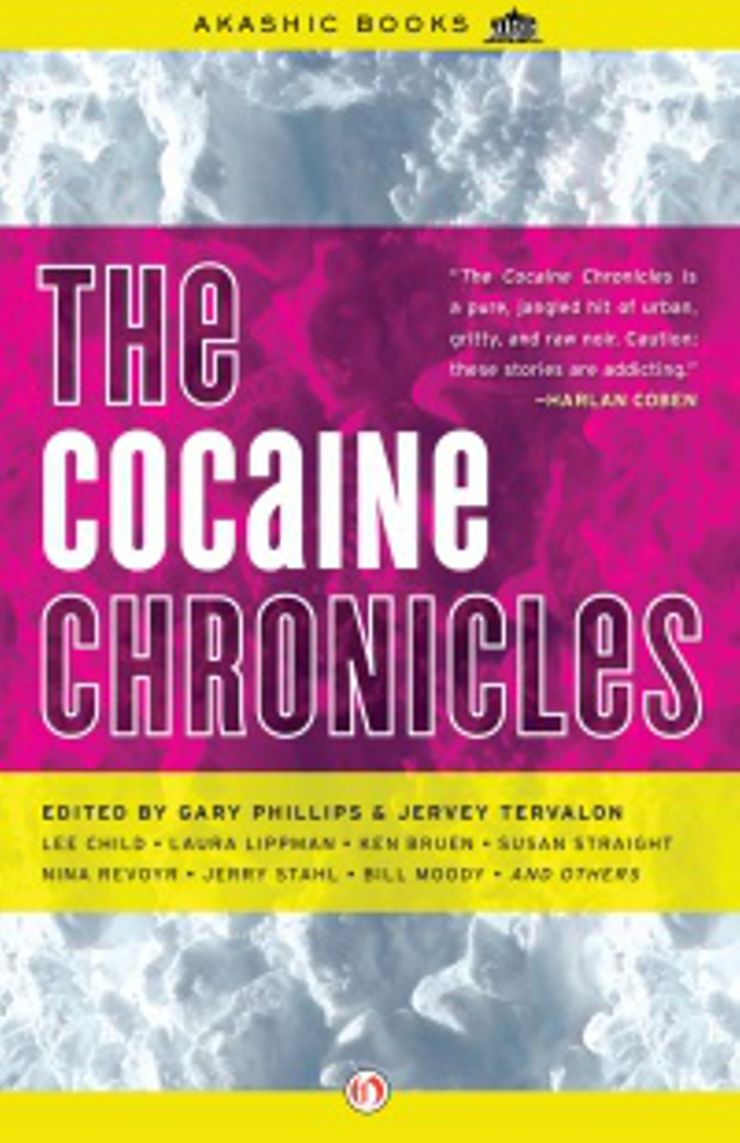 10. The Cocaine Chronicles, edited by Gary Phillips and Jervey Tervalon

The second tome in the Chronicles series takes an in-depth look at cocaine. Stories from Lee Child, James Brown, and others feature light and dark tales, illuminating both the pleasures and horrors of drug use.

The real meaning: Cocaine is the provoking agent in these stories that show what people do when they are at their most desperate.

“Part of me wants to believe. In what, in whom, I have no idea. And the funny thing is, for me, it doesn’t really matter. It is after all the act, not the message, that ultimately gives form to prayer.”