These spies have what it takes to deceive even the most perceptive.

History is filled with fascinating stories of World War II spies. Beyond double agents like Eddie Chapman or American hero Virginia Hall , even celebrities were in on the action. Julia Child—of the perfect boeuf bourguignon—applied her culinary expertise to her work with OSS, and Roald Dahl—the man behind Charlie and the Chocolate Factory —was a bonafide secret agent. What connects them all, however, is a rare brand of intelligence, cunning, and guts.

The spies in the seven novels below have these qualities in spades. For them, adopting various aliases, sabotaging Nazi plans, and infiltrating enemy headquarters is simply all in a day’s work. From an actor-turned-spy to an all-female team of covert operatives, they’d hold their own alongside history’s most famous World War II spies. 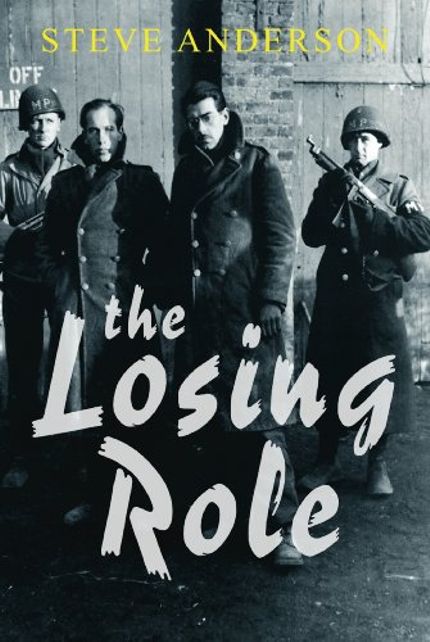 When Max Caspar’s stateside acting career fizzles out, he returns to Germany with his tail between his legs. After reluctantly swapping the stage for World War II battlefields, he quickly grows disillusioned with life as a foot soldier. He's at the end of his tether when he receives his most hair-raising assignment yet: impersonating an American officer to steal German intelligence. As dangerous a mission it may be, it also presents an opportunity for Max's escape. To successfully return to America and desert the army, this inexperienced soldier will have to summon his acting chops and leverage his false identity to his advantage...Author Steve Anderson uses a thrilling blend of fact and fiction, shedding light on the little-known history of the Battle of the Bulge's "Operation Greif." 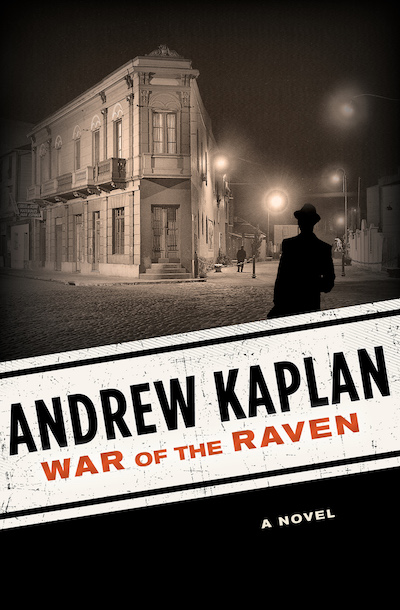 War of the Raven

Charles dreams of being at the forefront of the Allies-Axis conflict, but the frontlines are no place for a secret agent. Instead, he’s tasked with scouring the back alleys of Buenos Aires, where a mole known as the “Raven” feeds German intelligence to the Allied forces. Identifying and protecting him is essential, but those aren't Charles' only objectives. The Nazis are eager to sway South America to their cause—and if Stewart fails to derail their plans, the world will pay the consequences.

War of the Raven 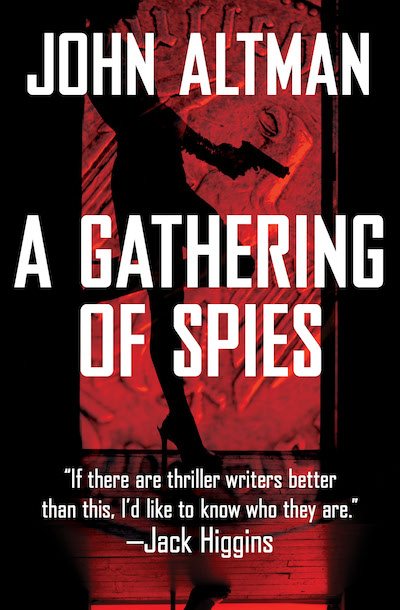 A Gathering of Spies

After years of posing as a scientist’s wife, German spy Katarina Heinrich has acquired the Holy Grail: top-secret intelligence pertaining to the atomic bomb. She leaves for Germany, hell bent on delivering the information into Nazi hands, with agent Harry Winterbotham hot on her tracks. But while Katarina is an expert in the art of deception, Harry isn’t without secrets himself...As they launch into an international game of cat and mouse, will Harry’s own hidden agenda jeopardize his victory over the traitorous femme fatale?

A Gathering of Spies

Looking for more World War II fiction? Sign up for the Early Bird Books newsletter and get the best daily ebook deals delivered straight to your inbox. 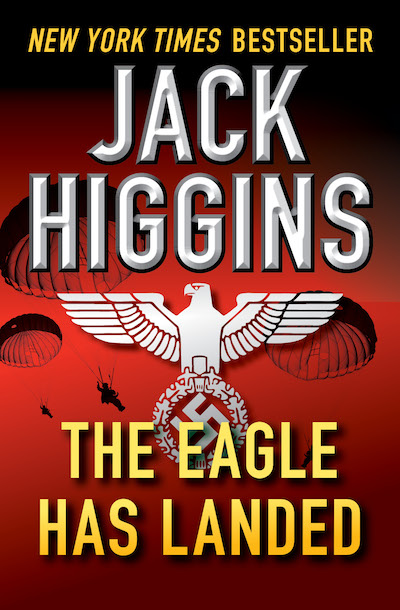 The Nazis have hatched their most audacious scheme yet. Under the leadership of Kurt Steiner and Liam Devlin, an IRA gunman, they’ll kidnap Winston Churchill and cripple their Allied enemies for good. When their raid is set into motion, however, their operation encounters a road block they never expected: the rebellious residents of a sleepy English town. The Eagle Has Landed was the world’s first introduction to the now-famous action hero, Liam Devlin, and was adapted into a film starring Michael Caine, Robert Duvall, and Donald Sutherland. 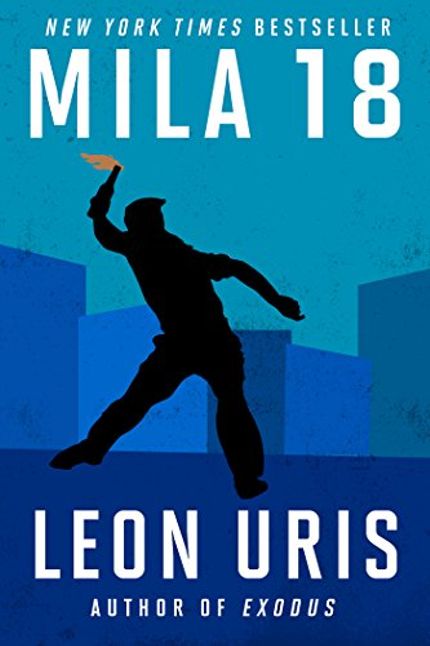 While on assignment in Poland, journalist Christopher De Monti gets a front row seat to the persecution of the country's Jewish population. Incensed by the violence he witnesses, Christopher joins the resistance effort against German occupation, bucking against the Nazi tyrants with nothing more than fists and homemade weapons. The result is a riveting portrait of Jewish resilience, courage, and willpower that immortalizes one of the greatest heroic feats in recent history. 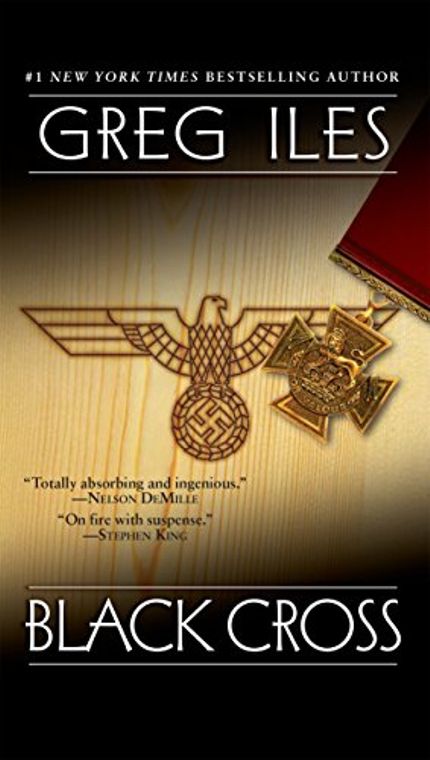 It’s the twilight of the Second World War, and the Nazis have introduced a new weapon to the playing field: a “Black Cross” level toxic gas. Left in German hands, such chemical warfare would spell sure disaster for the Allied forces. Under special authorization from Winston Churchill, an unlikely pact is forged between an American pacifist and a Jewish militant, who must go behind enemy lines to destroy the gas before it can turn the tide of the war.

Related: Reading Through History: The Battles of World War II 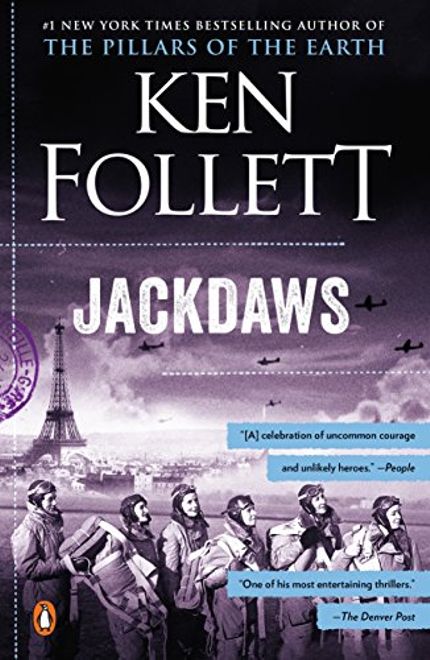 With the Allies posed for a European invasion, it falls to Felicity “Flick” Clairet and her team of inexperienced female operatives to ensure Germany stays in the dark. To do so, they must hijack the largest European telephone exchange—the Nazi’s prime method of communication and warning system—by posing as a French cleaning staff. Eye of the Needle author Ken Follet draws from accounts of the real-life “Jackdaws” to create an edge-of-your-seat thriller that gives World War II’s female heroines their much-deserved due.

Looking for more World War II fiction? Sign up for the Early Bird Books newsletter and get the best daily ebook deals delivered straight to your inbox.

This post is sponsored by Steve Anderson. Thank you for supporting our partners, who make it possible for Early Bird Books to continue publishing the book stories you love.