2018 may be over and done with, but you can't get last year's reads out of your head.

Between intense political debates, inspiring social movements, and heart-shattering tragedies, 2018 was certainly another eventful year. But amidst all of its super highs and super lows, we bibliophiles could always find some calm, comfort, understanding, and/or distraction in the things we read. For us here at Early Bird Books, diving into Julia Quinn's Bridgerton series offered a much-needed dose of sugary romance goodness. Meanwhile books like Maggie Nelson's The Red Parts, Michelle McNamara's I'll Be Gone in the Dark, and Alice Bolin's Dead Girls indulged our ever-growing obsession with true crime. And then there were the reads that opened our eyes to new perspectives and gave us some food for thought—Nicole Chung's All You Can Ever Know and Tara Westover's Educated being two memorable standouts.

On our Facebook page, we asked you to tell us about the best books you read in 2018. See what moved and inspired your fellow Early Birds by taking a look at the curated answers below—and here's to another great year (albeit, one that's hopefully less insane) of great reading! 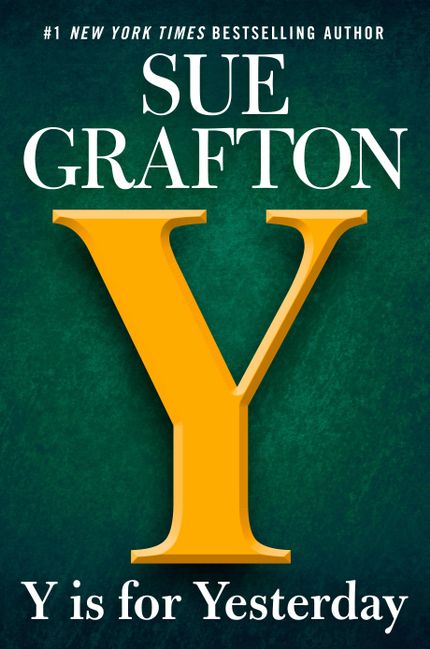 Y is for Yesterday

“Y is for Yesterday by Sue Grafton. I always looked forward to the next letter from her. I'm sad that there will never be a Z. May she rest in peace. She gave me many hours of escape.” —Robin

Y is for Yesterday 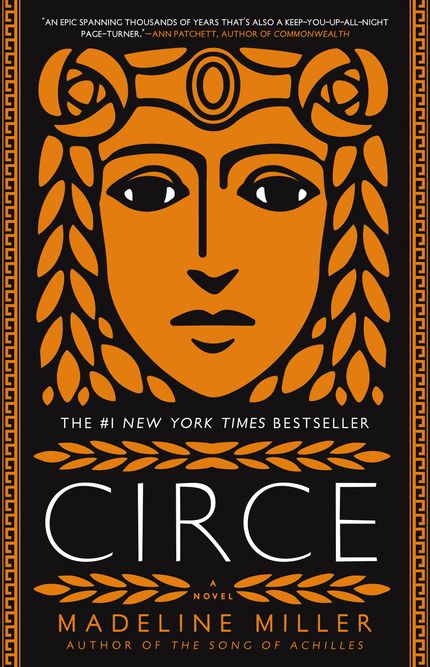 “I'm reading Circe by Madeline Miller. She writes of Greek gods and mythology and writes it as a first-person novel. Beautiful prose and imagery.” —Christine 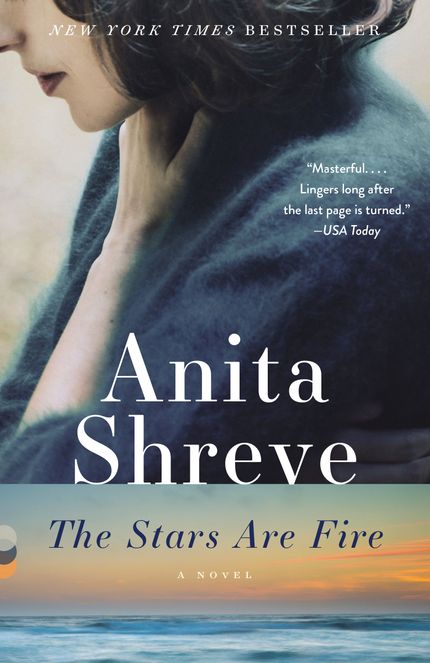 The Stars Are Fire

“It wasn't the best written book I've ever read by my favorite author, but it was the last book she ever wrote before her untimely death. How powerful is that knowing you'll never experience the thrill of your next A.S. book again! I savored every word.” —Beverly

The Stars Are Fire 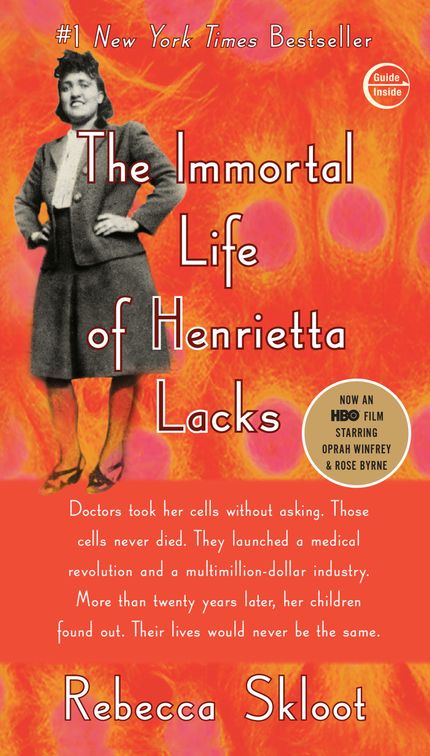 The Immortal Life of Henrietta Lacks

“The Immortal Life of Henrietta Lacks! 📖 I found it at our neighborhood free little library 📚.” —Pinky

“Great book. Sad that people were treated so badly by the medical system!” —Lois

The Immortal Life of Henrietta Lacks 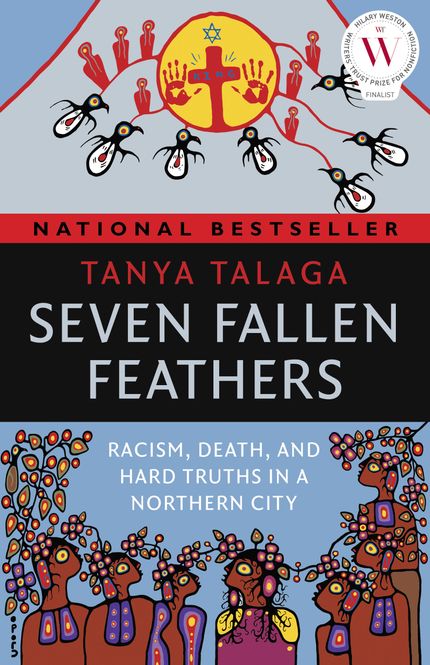 “This Canadian author has won several awards for her non-fiction books. I have just started to read another of her books titled All Our Relations. Seven Fallen Feathers is a non-fiction book about seven students who were murdered in Thunder Bay Ontario and the human rights violations against Indigenous people.” —Dianne 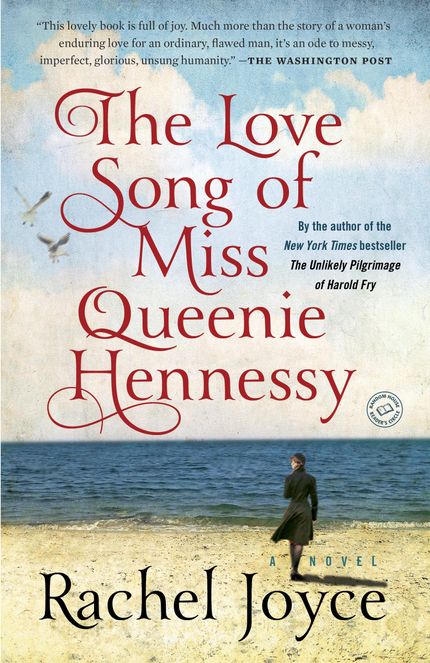 The Love Song of Queenie Hennessy

“The Love Song Of Queenie Hennessy, by Rachel Joyce. But, since it’s the sequel to The Unlikely Pilgrimage of Harold Fry, (which is awesome, too), you should start with this one first. That way you’ll get the full enjoyment of Miss Queenie Hennessy, a remarkable person!” —Toni

The Love Song of Queenie Hennessy 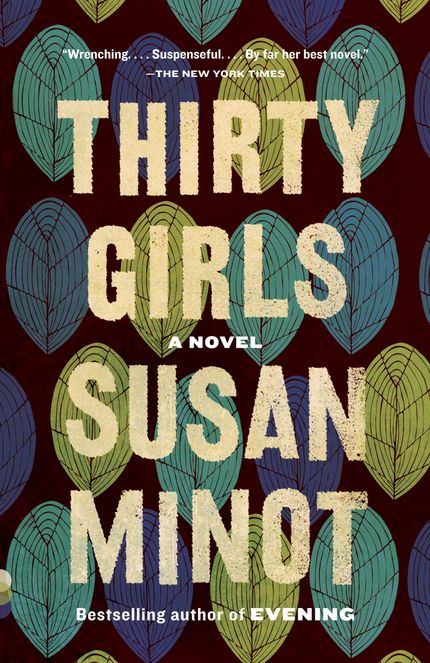 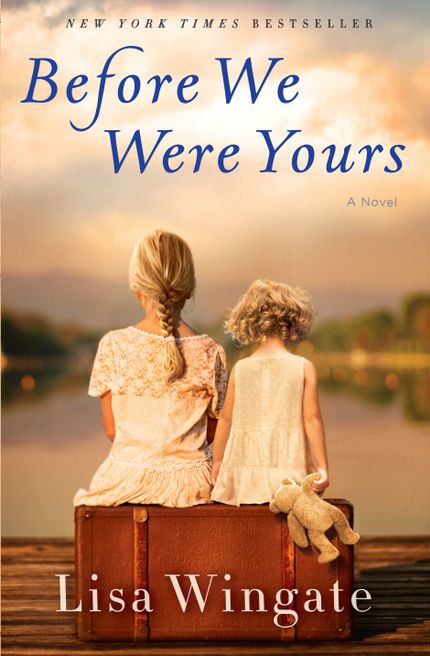 Before We Were Yours

“I read many books I loved but if I could only pick one, it would have to be Before We Were Yours by Lisa Wingate. This book touched me like no other. It was in my head for months after reading it.” —Susan

Before We Were Yours 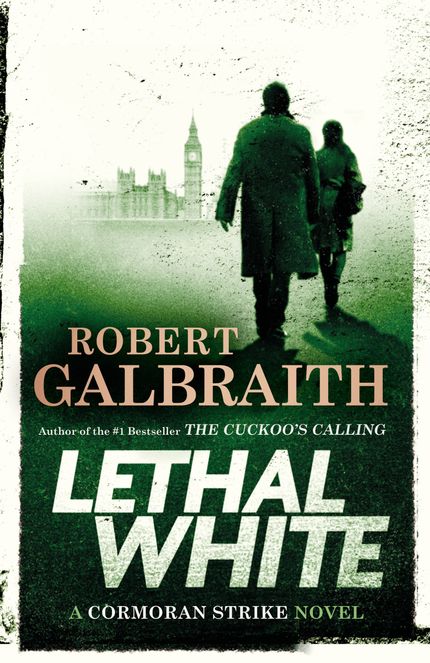 “I usually don't read mysteries but I love this series about detective Strike. Not only is the case intriguing but the drama of the personal lives of the characters draws you in as well. This book will keep you guessing until the very end!“ —Rachel

“Loved it, and the two previous ones featuring Cormoran Stryke. Audio books were outstanding—read by the same guy, who is excellent.” —Randi 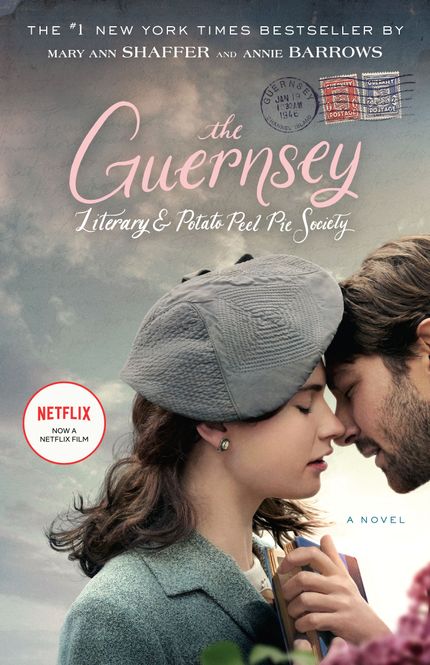 “I read it because of the Netflix adaptation, but ended up enjoying it even more (which is not shocking). It’s like a love letter to bibliophiles.” —Sarah

Related: 10 Books About Books for the Devoted Bibliophile 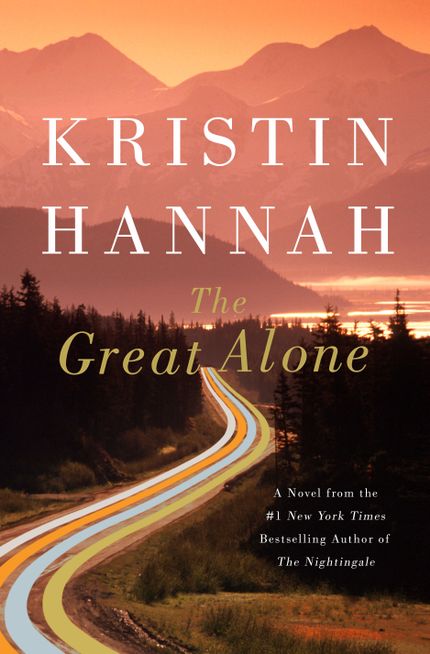 “Just finished reading this and I agree one of the best books I've read this year plus learned a lot about life in rural Alaska, I can tell you I'd never survive there.” —Jean

Related: Kristin Hannah's The Great Alone is Powerful and Heartbreaking 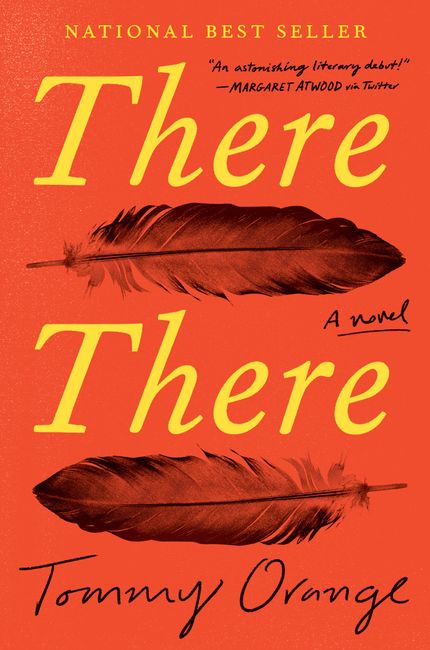 “It opens up awareness of a subject which sparks very little interest—let alone outrage—in most Americans.” —Lynn 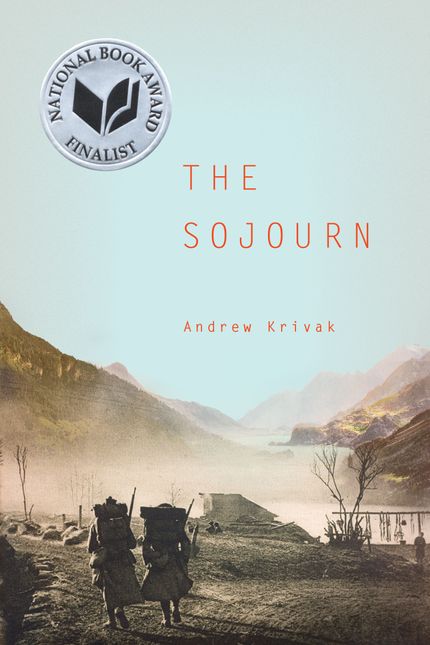 “I'm sorry to say that my favorite book was a gift that sat on my shelf for 2-3 years. You'd think I'd know by now that books you think you won't like are often so incredible that you can't stop thinking about them and recommending them. After I read The Sojourn by Andrew Krivak I was astounded at how much I loved this book and how much I was moved by the story of Jozef as he makes his way through tragedy, war, and redemption. It's incredible.” —Renee 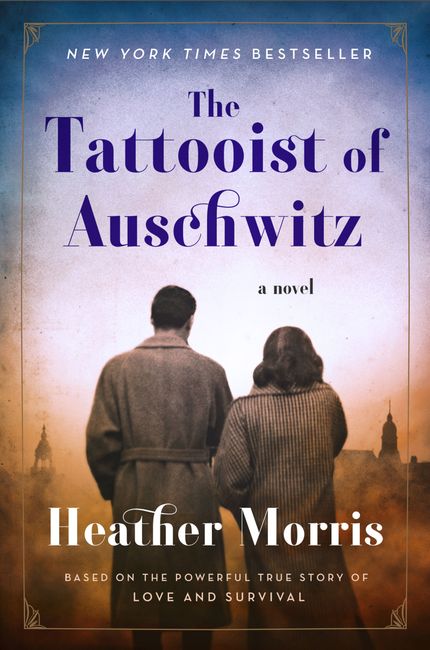 The Tattooist of Auschwitz

“It's SO good! They're doing a miniseries on it, too.” —Keri

“Lale found love, the most beautiful thing in the world, in Auschwitz, hell on earth. He found his reason to keep fighting for life, while also helping others as best he could. I could write more, but I'd rather not ruin a read for someone else.” —Michele

Related: The Best Audiobooks to Listen to on Your iPhone Right Now

The Tattooist of Auschwitz 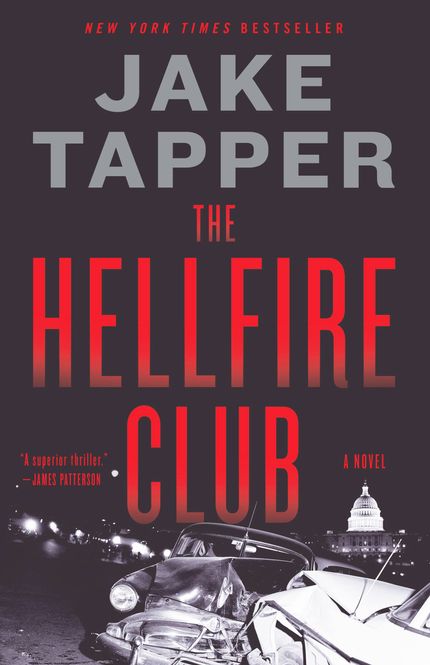 “I’ve read many, many books in 2018 but the one that still haunts me is THE HELLFIRE CLUB by Jake Tapper. Frighteningly real. Can’t get it out of my head.” —Jana 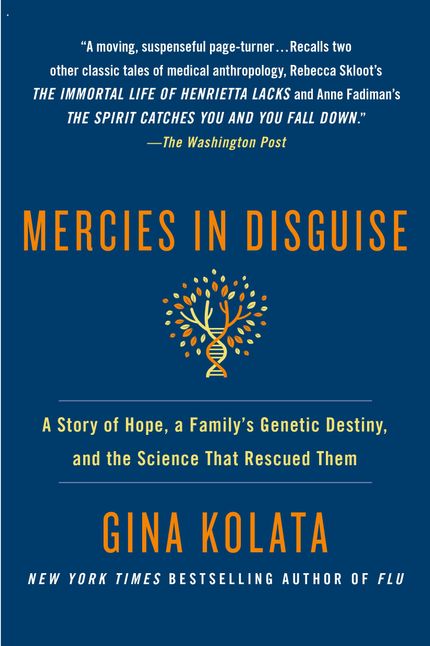 “The best audio is Mercies in Disguise. The reader was very good! It was described as an extraordinary medical mystery, scientific history, and, above all, human drama. True story of one family’s struggle with a rare and deadly inherited disease. You won’t want to stop listening...that’s how good it is.” —Nancy 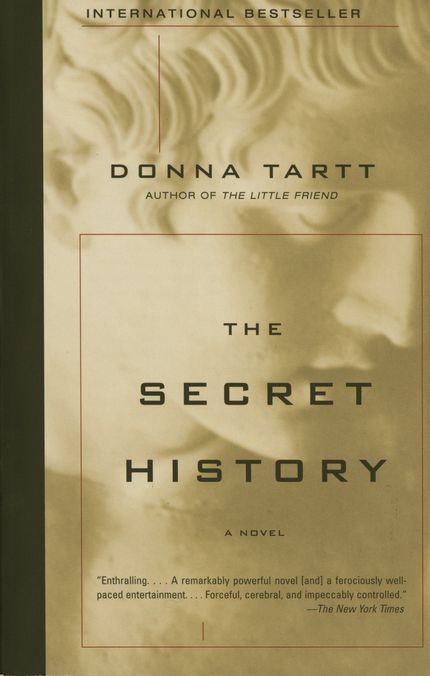 “The Secret History by Donna Tartt is everything I’ve ever wanted a book to be...moody, brooding, atmospheric. The characters are pretentious and tragic, yet so real that you expect to see their reflections in shop windows downtown. I’ll never be able to get it out of my mind.” —Angeline

Related: 9 Book Club Books and Wines to Go With Them 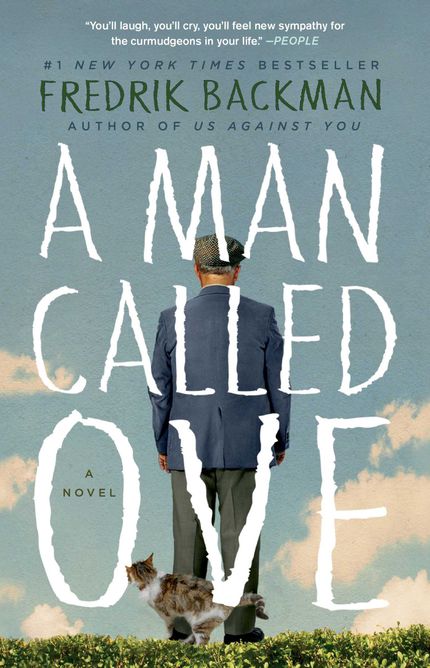 “A Man Called Ove😍. It has all the feels. I laughed, I cried, I cheered, I smiled, I grieved, I was angry. It has been a long time since a book moved me like that.” —Jen